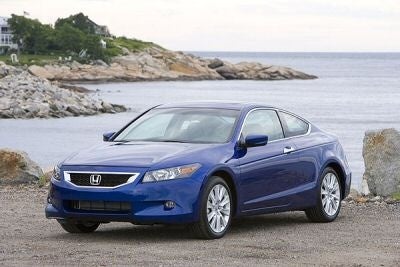 CarGurus has 1,572 nationwide Accord Coupe listings starting at $2,100.

Two competent engines, three flawless transmissions, and styling that stays fresh keep the 2010 Honda Accord Coupe at the top of the sales records.

A little extra insulation in the 2010 Accord Coupe would go a long way toward increasing ride quality, not to mention a redesign that actually paid attention to rearward visibility. 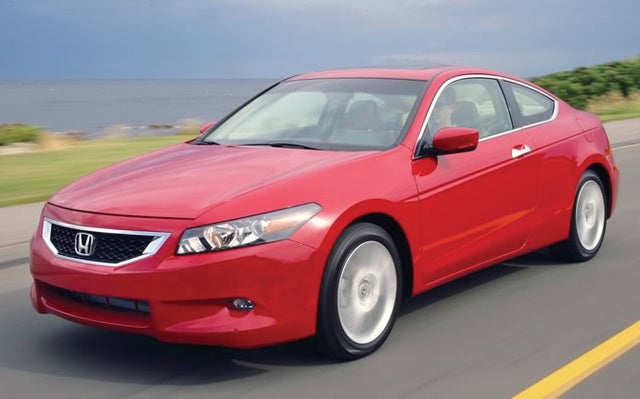 The Honda Accord Coupe is an interesting animal, attempting to blend sportiness with midsize comfort, but really failing to achieve either. The ride isn’t plush, and it isn’t athletic either, it just is. Meeting in the middle works with some cars, but here it seems to fall flat, regardless of what sales figures tell you.

The 2010 two-door Honda Accord Coupe sees no changes, offering the same two engines across its three trim levels. This front-wheel-drive midsize vehicle has seen a long life here in the States, spending 15 years as the best-selling Japanese vehicle in production at one point during its more than 30 years in production.

Offered in three trim levels, LX-S, EX, and EX-L, the Accord Coupe comes with a 2.4-liter four-cylinder or 3.5-liter V6 engine.

The 190-hp 2.4-liter four-cylinder engine offers more power and refinement than most of the other four-cylinders in the Honda lineup, with plenty of power from a start and at speed without a sense of struggling or the accompanying brash acoustics. This engine comes with the LX-S and is offered with a five-speed automatic or manual transmission. The latter offers better gas mileage than the automatic - 22/31 mpg versus 21/31 - as well as an increase in speed and “fun factor” due to the transmission’s smooth operation.

The 271-hp 3.5-liter V6 is a competent performer with plenty of power held in reserve even with the five-speed automatic. That transmission actually returns higher gas mileage here at 19/29 as opposed to the 17/25 with the six-speed manual. 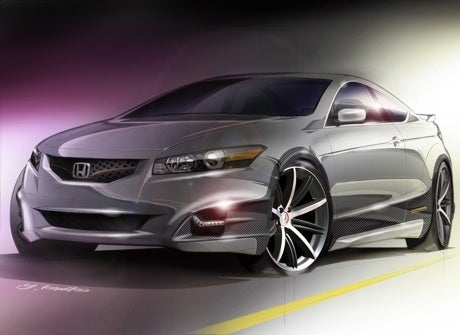 Accord Coupes suffer from harshness in their ride that sedans don’t encounter, and those equipped with a V6 are fitted with larger wheels and tires that only compound the problem. The effect is not distracting, only detracting, although Honda should balance the penalty with a resulting increase in handling that simply doesn’t appear. The Accord isn’t sluggish by any means, and is actually one of the better-handling midsize vehicles on the road, but it’s certainly no corner carver, and the difference is enough to hurt its overall ride.

Still, the Accord Coupe offers easy steering with a precise feel that works just as well at speed as in the parking lot, as well as a firm brake pedal that brings the vehicle to a halt without unnecessary drama. 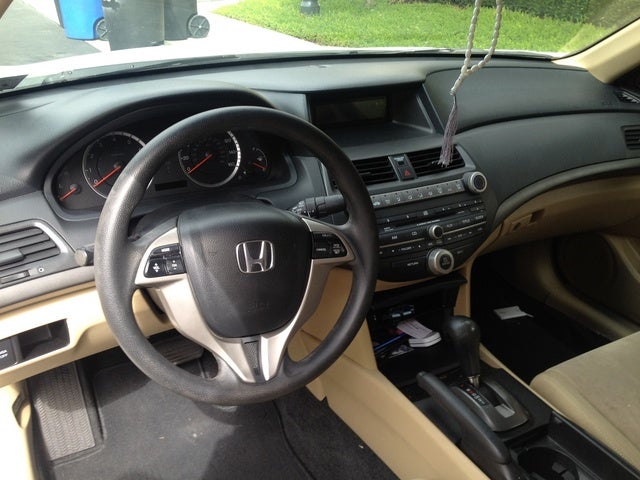 The lack of sound dampening that plagues the Civic is evident here as well, and even more pronounced in the Coupe than in the Sedan. It’s worse in the V6 trims with their larger wheels and tires, however the 3.5-liter engine is muted well, something that can’t be said for the 2.4.

Rear visibility problems abound here, due to the harshly sloping roofline, although mirrors seem to compensate adequately. Efforts to increase interior space in recent years have been fruitful, with taller drivers easily finding room up front, although the rear remains a difficult endeavor for anyone other than children.

The interior of the Accord has been a high point of the model for years, and the Coupes get a unique trim that imparts a more athletic feel than their sedan brethren. The trend of late has been to simplify and condense with regard to controls, however the Accord has failed to follow suit. With that in mind, the controls are generally well-placed, within reach, and intuitive. As with the Civic, the navigation system has many bugs to be worked out, the most prominent of which are visibility issues.

Marketed as a sportier model, the Coupe comes with four-wheel antilock disc brakes with brake assist and an anti-skid system. Dual front, front-side, and curtain-side airbags protect in a crash, and a tire pressure monitoring system and daytime running lights come standard.

The National Highway Traffic Safety Administration awarded the Accord Coupe five stars in all tests excepting side impacts involving the driver, which earned four stars.

Owners of the Honda Accord Coupe offer continual complaints regarding its lack of sound dampening, overly harsh ride, and visibility problems in the rear and with the optional navigation system. Considerable praise has been seen regarding the seat comfort and overall interior design and attention to detail.

What's your take on the 2010 Honda Accord Coupe?

Rick my 2010 v-6 coupe is awsome..bought it new and has almost 19 thou on engine. It's a very nice ride...has the new cooler exhaust system installed which added an extra 12 horses......i beat out out a big bad 8 cyl camarro bad boy yesterday from the get go too!!! LOL it's triple black and has the Italian wood interior trim and is fully loaded. the women love it....who wrote the above article is only dreamin to own what I have,,oh,,its paid for as well! )

Have you driven a 2010 Honda Accord Coupe?
Rank This Car

Cars compared to 2010 Honda Accord Coupe

CarGurus has 1,572 nationwide Accord Coupe listings starting at $2,100.

Why The Rate Of Selling Changing Fast?

Excuse me sir i have problem at this website i put my car on list of Honda Accord coupe at first time show me the fair deal is 6200$ and after day it’s show up high price why and I fixed to 6100$...

How To Set Cruise Control

how to set cruise control on 2010 accord

I recently changed the crankshaft sensor the alternator and the starter and the battery yet my battery still won’t seem to hold a charge especially overnight and won’t start without a jump... Anyon...

Where can I find a reasonably price black grille without the honda H? I also want to replace the small rectangular grille.

When im going around on and off ramps steering lets go a little then let's you steer again in the direction your going then does that the whole way through the on/off ramp......turning left goes ba...

2010 Honda Accord Coupe Trims For Sale