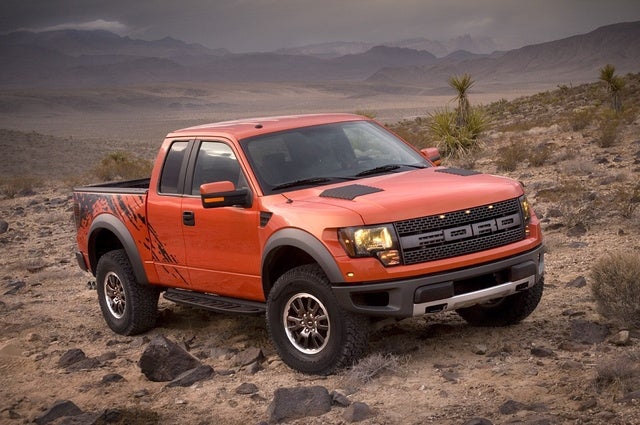 The 2010 Ford F-150 has impressive towing capacity, improved fuel economy, and the best tech in the industry with the Sync system.

Despite improvement, fuel economy is still poor in the 2010 F-150, and some still complain about an unnecessarily rough ride. 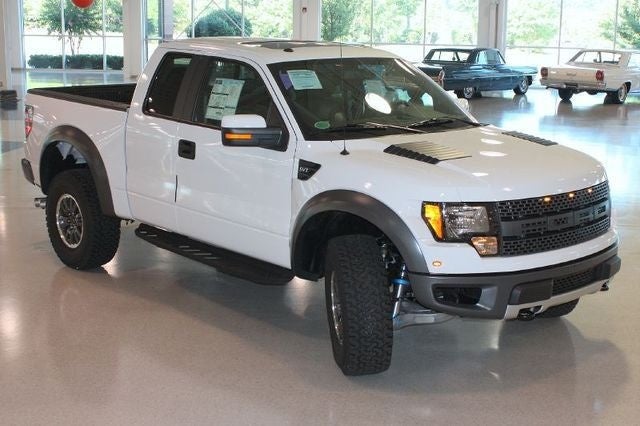 This newest generation of F-150 is being touted as a “smart” truck, with many unique upgrades. In addition to the use of a hydro-formed chassis including high-strength, lightweight materials like boron, the F-150 has the option of features such as a dashboard computer with printer, a tool inventory system, and a fleet-tracking device. As the F-150 continues to evolve, the lines between truck and car continue to blur, but thankfully the characteristics that have always made the F-150 a winner, namely power, safety, and reliability, seem to be well-entrenched.

You probably know someone who owns one already. Ford's F-150 held the record as the best-selling vehicle in the United States for almost a quarter-century. It’s been the best-selling truck in the United States for over 30 years. In 2005 alone, almost a million new F-150s showed up on American roads. Now having passed the half-century mark, the F-150 is in its twelfth generation and shows up in 2010 with two new specialty trims to woo the masses anew.

With nine trim levels - XL, STX, FX4, XLT, new-for-2010 special-edition Harley-Davidson and Raptor trims, King Ranch, Lariat, and Platinum - one has to wonder how many iterations of the same truck can be produced. Throughout the lineup, a total of four V8 engines and two transmissions provide subtle variety, but it’s the body and styling options that really distinguish, with most trims available in Regular Cab, SuperCab, and SuperCrew configurations, not to mention three available bed lengths of 5.5, 6.5, and 8 feet.

Most trims are available with rear-wheel drive (RWD) or four-wheel drive (4WD), and the special Harley-Davidson edition - which comes with unique styling inside and out, a sport suspension, and unique exhaust - is available with an AWD system that can be left engaged on dry pavement. All come with a low-range gear for off-road duty, and maximum towing capacity is an impressive 11,300 pounds. 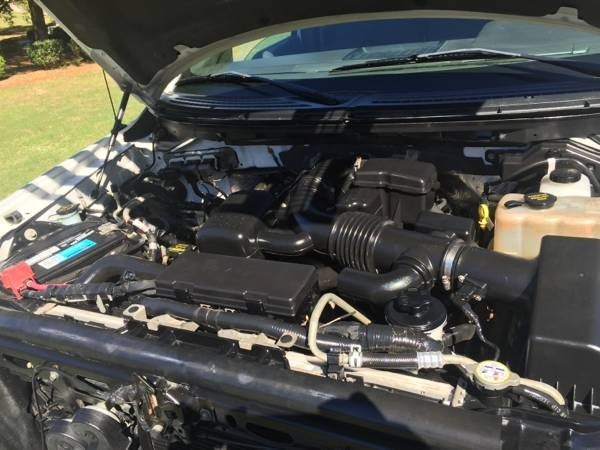 The base V8 engine is a 2V, 248-hp, 4.6-liter that comes attached to a four-speed automatic in the XL and STX trims. It produces 294 lb-ft of torque at 4,000 rpm and gets 15/19 mpg, dropping 1 on either end in 4WD trims. The XLT alone gets a 3V, 292-hp version of the 4.6 when ordered in SuperCab or SuperCrew configurations, which produces 320 lb-ft of torque, also at 4,000 rpm. With its six-speed automatic transmission, the EPA estimates 15/21 for this engine in RWD configurations, making it an obvious upgrade over the 2V version. 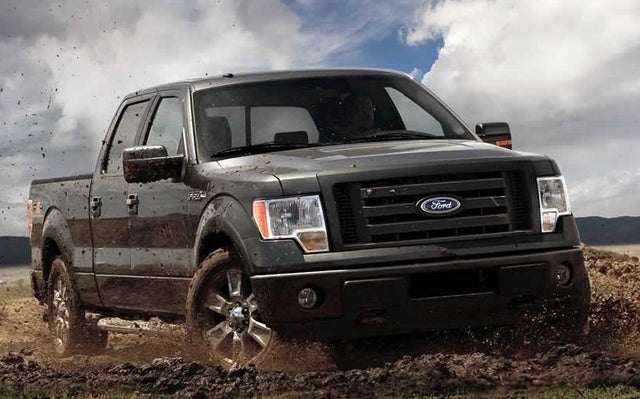 While the F-150 provides crisp, quick, and stout steering, enough even to push it toward the top of its class, it’s still a large pickup, and acts as such. Still, reviews have universally praised the F-150’s handling and responsiveness, some going so far as to compare it to a sedan. Despite the much-ballyhooed improvements to the chassis, all but the smallest bumps resonate, providing too much feedback. Typical wheelhop is present, especially in turns, but with the Dodge Ram switching to a rear coil-spring suspension, this will become increasingly intolerable in coming years.

Hard plastic, hard plastic, hard plastic, even in upscale trims like the Lariat, which use faux wood and metal accents to good effect, but still do little to combat the overwhelming presence of hard plastic. Still, fit and finish are above average, with no misaligned surfaces or gaps. Controls are similarly well-designed, with only some audio and climate controls falling out of reach for those with shorter arms.

Seats are both supportive and comfortable, and despite a high step-in, relatively easy to access thanks to available running boards, a large door opening, and handles. SuperCrew and SuperCab trims offer plenty of rear-seat room and don’t sacrifice visibility, either. In fact, the worst visibility comes in the Regular Cab, due to large rear pillars that obstruct vision. Noise is contained well, but expect the usual wind noise present in these aerodynamically challenged trucks.

The F-150 got several upgrades this year, some specifically aimed to improve safety, like its new, high-strength hydro-formed chassis. Dual front, front-side, and curtain-side airbags combine with antilock four-wheel disc brakes, an anti-skid system, and other safety features like post-crash alert and Trailer Sway Control. Accordingly, the 2010 F-150 has swept the NHTSA tests with five-star ratings.

Owners are quite pleased with both the comfort and towing capacity of the F-150, but poor fuel economy and engines that are outperformed by competitors' offerings frustrate.

Guru5LYBG The S-O-B runs and gets me from point A to point B--what the hell else could you ask for???

What Is Problem With Radio Display?

2010 F150 radio display intermittent where radio shuts down randomly. Tried resetting battery connections, works when first turned on, then goes off - on. Signals don't flash properly inside, but ou...

My Ford F150 Radio Is Flickering And Wont Come On.

How Can I Write A Review For A Dealer I Purchased From?

How can I submit a review for a dealer I purchased a car from off of Car Gurus?

Probably like a bunch of other folks I removed the lock assembly from the hole next to the license place, placed it on the bumper and drove off without it. It's not much of a security device as it is...

A/C Compressor Will Not Kick In. What Might Be Keeping It From Engaging?