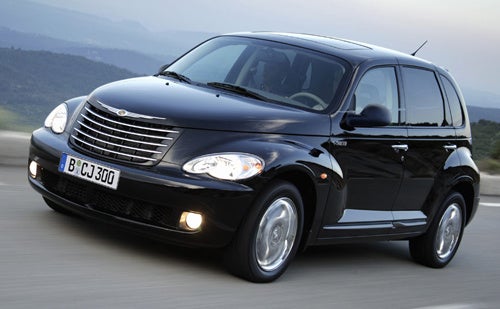 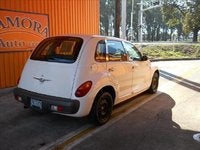 Fans of the uniquely designed PT Cruiser can rejoice, as Chrysler extends production of the award-winning, easily identifiable compact wagon into the 2010 model year.

Chrysler streamlined the PT Cruiser lineup to a single trim for 2010, and eliminated such options as the 180-hp turbocharged engine, as well as such standard features as its limited lifetime warranty. 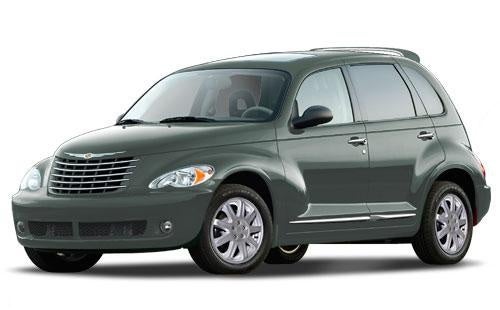 Chrysler says it decided to extend production of the PT Cruiser into 2010 due to "popular demand," but makes no promises for the future, so fans of the classic cruiser should get one before they're gone. Although the PT Cruiser changes little for 2010, it retains many of the key components owners have found appealing over the past few years. On the other hand, critics of the PT Cruiser won't be impressed with the 2010 version, which has nothing new to offer buyers.

The retro-styled PT Cruiser receives a reprieve for 2010. Given its past woes, Chrysler originally planned to cease production of the PT Cruiser after the 2009 model year, but later decided to continue production for another year. However, the automaker stripped the lineup down to a single trim, now dubbed the PT Cruiser Classic, and eliminated a number of options, including a turbocharged four-cylinder engine, which produced 180 hp and moved the compact wagon along at a good clip.

However, the 2010 PT Cruiser retains most of the features that made it popular with many buyers in the U.S. and around the world, including its iconic design, which draws styling cues from classic sedans of the 1930s and '40s, adapted for modern tastes. When introduced in 2000, the PT Cruiser caused a buzz with its hot-rod looks, and for many admirers that fascination has never faded. Up front, the PT Cruiser displays a chrome accent grille, halogen quad headlights, and front foglights. Power side mirrors and a rear spoiler also come standard for 2010. 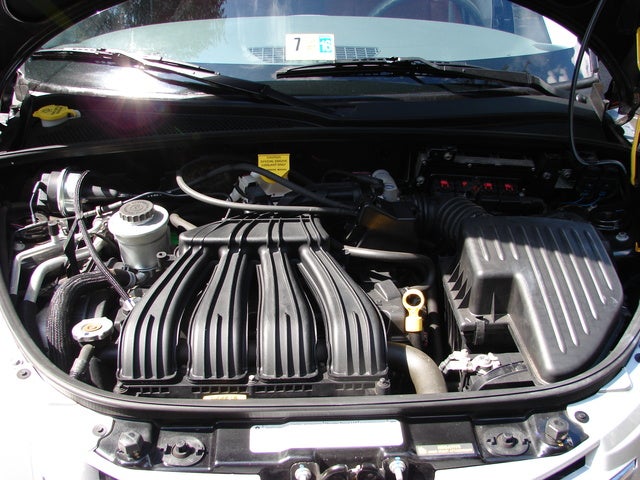 Chrysler equips the 2010 PT Cruiser with a 2.4-liter, DOHC four-cylinder engine, which carries over from the previous year unchanged. It produces 150 hp and 162 lb-ft of torque and links to a four-speed automatic transmission. The EPA has not tested the 2010 PT Cruiser for fuel economy, but the similarly equipped '09 version posted fuel economy numbers of 19/24 mpg.

While most drivers will find the PT Cruiser's performance adequate for typical day-to-day driving, many drivers and reviewers remain unimpressed, calling the current version of the PT Cruiser underpowered. Reviewers much preferred the turbocharged, 180-hp four-cylinder engine available in the '09 Limited Edition trim. However, most interested buyers will choose the PT Cruiser more for its throw-back design than for its performance.

The 2010 PT Cruiser rides on a MacPherson strut front suspension with a stabilizer bar and a rear twist-beam axle configuration with trailing arms and coil springs. The suspension provides a smooth, comfortable ride with responsive handling, while the 16-inch aluminum wheels and all-season tires ensure a good grip on the road.

However, some reviewers note some body lean in corners. In addition, many owners have problems with the PT Cruiser's wide turning circle, which can make it frustrating to negotiate tight spaces such as parking lots.

Chrysler describes the PT Cruiser's interior as "Swiss Army knife-like," referring to its retro styling and clean, functional design. The seats are comfortable, with adequate lateral support, and provide good visibility out the front, thanks to their chair-like height. The front seats feature manual adjustment. Taller passengers will find plenty of headroom in both the front and rear. However, some owners note the odd placement of the power window controls, which are located on the center dashboard rather than on the doors, which some consider inconvenient.

One of the PT Cruiser's key selling points remains its versatile cargo space. Owners will find an impressive 21.6 cubic feet behind the 65/35-split rear seat, which tumbles forward and folds down, or comes out completely to create a large cargo bay. With the rear seat folded down or out of the way, cargo space expands to nearly 63 cubic feet.

Standard safety features for the 2010 PT Cruiser include multi-stage front, front-seat side, and side-curtain airbags, as well as speed-sensitive power locks, which automatically lock at a set speed. Four-wheel antilock brakes and traction control also come standard for 2010.

The PT Cruiser continues to receive mixed reviews from owners and drivers. Most positive comments focus on its exterior design, which displays an individuality that appeals to many owners. The PT Cruiser also gets good marks for its removable backseat, flexible cargo space, ample headroom, and for its high seats, which many owners find comfortable, especially when traveling over long distances. Owners also find the PT Cruiser easy to enter and exit. Complaints focus primarily on the PT Cruiser's moderate performance, fuel economy, turning ratio, and the location of the power window controls. Just like its predecessors, the 2010 PT Cruiser has its quirks, but that's what many owners like about it.

What's your take on the 2010 Chrysler PT Cruiser?

Don the now collector car for the future...i got mine..benher005

Have you driven a 2010 Chrysler PT Cruiser?
Rank This Car

vibration at idle and reverse

My horn stopped working and I can’t figure out which fuse t Number is for the horn.

I notice that my ad removes phone numbers and email addresses. How are my interested buyers supposed to get in touch with me to set up an appointment to see my car for sale?