Intuitive and simplistic controls and gauges, expansive interior room and comfort, and a stout return to V8 Buicks make the 2010 Lucerne an interesting choice for a full-size sedan.

A lackluster suspension, tacky interior materials, and a poorly designed trunk are definitely places that require attention in the 2010 Buick Lucerne - and who still uses a four-speed automatic?

To really get the most out of the Lucerne, the Super trim is by far the best choice, but you’ll have to pay for it. Competitors offer better engines and suspensions, but as the public has responded so well to the Lucerne, at least with regard to sales, we have to wonder if Buick will give the vehicle the attention it really needs to make it a solid winner.

The Buick Lucerne was the first V8 model put out by the manufacturer in over a decade back in 2006 when it was introduced, and was a major part of Buick’s attempts to rebrand. This front-wheel-drive, full-size, four-door luxury sedan comes with two optional engines across eight trim levels and was Buick’s replacement for the Park Avenue, LeSabre, and Aurora. Riding on a revised version of the H-body platform, the same as the extinct Pontiac Bonneville, the Lucerne has been an overwhelming success for Buick, representing almost a quarter of full-size sedans sales in the American market. 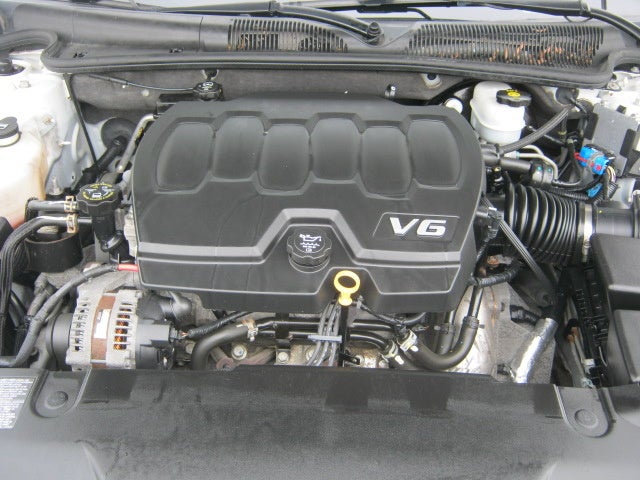 All trims excepting the Super are powered by a 227-hp, E85-friendly, 3.9-liter V6 engine. While hp was increased from 197 just two years ago, there are still plenty of situations where the V6 very simply lacks power, which is shocking considering the car's curb weight of only 3,700 pounds. EPA estimates put the 3.9 at 17/26 mpg, but only with standard fuel, as E85 will bring those numbers down to a dismal 13/20.

The V8, on the other hand, is a welcome upgrade, offering ample power across the rev range, with fuel efficiency that bests the V6’s E85 numbers - 15/22, although premium fuel is recommended. While the four-speed automatic that comes standard with both engines has been praised for its crisp and smooth response, we’re still talking about a four-speed automatic in a supposedly luxury vehicle. This is borderline primitive technology when most manufacturers have opted for five- or six-speed units, if not for a continuously variable transmission (CVT).

Most certainly the vehicle’s weak point, the Lucerne suffers from numb steering that overcompensates at speed, as well as float and wallow on the highway, excessive body lean, and a soft pedal behind what are otherwise compliant brakes. The Magnetic Ride Control Suspension and revised steering on the Super trim does a lot to combat lean and roll, but still falls far short of nimble. This is not a sports car. All trims suffer from a 21.1-foot turning radius that makes tight maneuvering frustrating at best.

A few panels of hard plastic are the one complaint heard in succession regarding the Lucerne interior, which otherwise has been very well-received. Supers suffer from no such shortcomings, with an upgraded interior that is honestly more suitable for a car at this price point.

Controls are refreshingly simple in an industry where everyone seems determined to make things unnecessarily complex, and gauges are well-placed and easy to read. Standard features are abundant with OnStar, Bluetooth, and power everything even at the base level, but the cooled seats that come with the Super trim deserve special mention.

Regardless of trim, seats are comfortable and supportive, with plenty of space above and below. The Lucerne is rated for three passengers in the rear, but this is not recommended from a comfort perspective, and some owners have found a lack of footroom in the back seat, although entry and exit is easy due to large rear doors.

Cargo room is far from ample, however, with an awkward trunk and meager interior storage offering few solutions. Be ready to hold your crap in your lap.

The NHTSA awarded all Lucerne trims five stars in their front impact and rollover resistance safety tests, and four stars in side impact tests.

The Super has gotten by far the most praise, due to its suspension, steering, and engine upgrades, although this comes at a price. Many are disappointed by the power in the V6, as well as the tendency for non-Super trims to wallow and wander at speed. Otherwise, the Lucerne has been a tremendous success for Buick, and owners have responded well to the overall comfort and driving experience of this full-size sedan.

Have you driven a 2010 Buick Lucerne?
Rank This Car

Why Is The Warning "Engine HOT / A/C Off" Appearing When My Car Is COLD?

I live in CT where it has been in the single digits the past week. This warning came on when I started the car to warm it up. The car was NOT hot. It's a 2010 Buick Lucerne. Is this just a sensor?...

Excessive Gas Consumption Or Just Me?

I have a new to me 2010 Buick Lucerne CX 6 cylinder. It’s been taken care of very well it looks detailed even though it wasn’t. An elderly couple owned it before me and was traded in to a dealer...

Am I Having These Issuse Because Of Wheel Barring?

why does my car say service stabiltrac,service break assist,and service traction control? is it because I have a bad wheel barring?

Is the fuel pump in a 2010 Buick Lucerne located in the gas tank and accessed from a panel in the trunk as is the 2009 Lucerne. A mechanic is telling me he has to drop the tank?