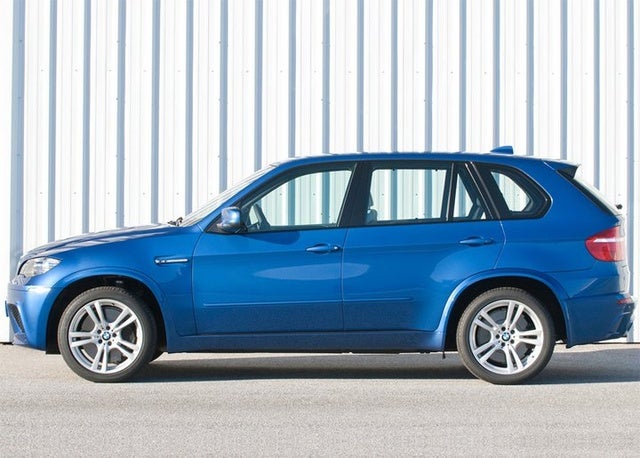 The BMW X5 Sport Activity Vehicle continues to deliver a capable, sport-oriented ride and a high level of build quality, and adds a new X5 M trim to the lineup for 2010.

With the optional third-row seat, rear cargo capacity in the X5 drops to a scanty 7.1 cubic feet, and the gas-powered trims continue to post fairly dismal fuel economy numbers compared to competitive vehicles. 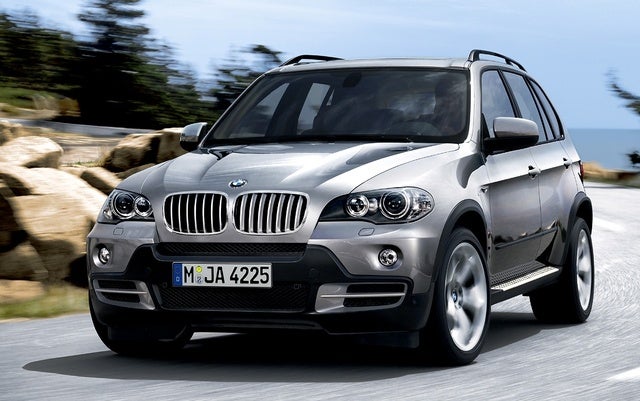 The BMW X5 doesn't change much for 2010, but still delivers good performance, as well as improved fuel economy overall, thanks to its new diesel-powered trim, introduced mid-2009. While the X5 offers a wide range of upscale and performance-oriented features, it can be fairly pricey when compared to competitive vehicles, so prospective buyers should take a look at similar vehicles from other automakers, such as the Lexus RX 350, the Acura MDX, and the Infiniti FX, before settling on the X5.

Now in the final year of its current generation, the BMW X5 Sport Activity Vehicle receives only a few updates for 2010. BMW makes HD radio with multicast FM station reception standard on all trims and updates the vehicle's iDrive controller system, which has received mixed reviews from owners in past years for its complicated operation. The new iDrive system features revised graphics and menu structures, repositions buttons, and reduces the steps necessary to accomplish certain tasks in an effort to simplify operation. BMW also offers automatic beam headlights as a new option for 2010 and adds a top-down perspective to the optional rear-view camera.

In addition to the M trim, the 2010 X5 comes in xDrive30i, xDrive35d, and xDrive48i trims for 2010. All feature BMW's xDrive intelligent all-wheel-drive system, which uses the vehicle's Dynamic Stability Control sensors to detect instability, and sends power to each axle as necessary to ensure optimal traction and handling. In normal operation, the system sends most of the power to the rear wheels for a sport-oriented driving experience.

The X5 offers a car-like ride and a luxury-oriented interior. All trims seat up to seven passengers with the optional third-row seat. 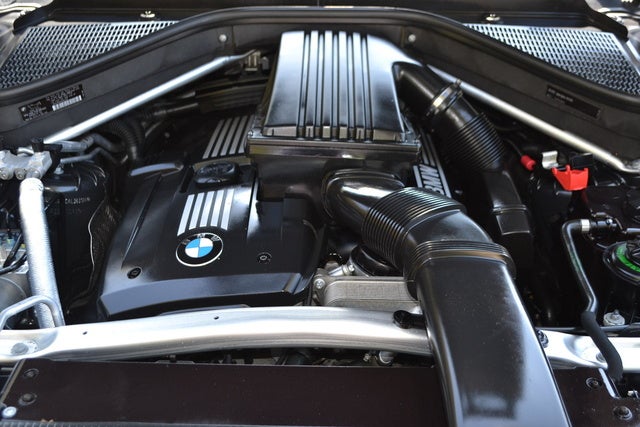 A twin-turbocharged 3.0-liter, DOHC six-cylinder Advanced Diesel engine powers the xDrive35d. The diesel engine generates 265 hp and an impressive 425 lb-ft of torque for aggressive off-the-mark performance. It links to the same six-speed automatic transmission and posts fuel economy numbers of 19/26 mpg. Thanks to BluePerformance technology, which manages the engine's emissions, xDrive35d is cleared for sale in all 50 states, including such states as California and New York, which have specific emissions requirements for new vehicles.

At the top of the heap, the X5 M bursts out of the gate with a 4.4-liter, 555-hp M TwinPower Turbo V8 engine, which develops a whopping 500 lb-ft of torque. The high-performance configuration, which sends direct power pulses from the exhaust to the intake through the twin turbos, ensures virtually no turbo lag. The powerplant pushes the X5 M from 0-60 in just 4.5 seconds, and to a top speed of 130 mph. Fuel economy numbers for the X5 M drop to 12/17 mpg.

All four engines provide good performance and result in a range of choices for owners. Drivers will find the xDrive30i provides plenty of power for everyday driving situations, while those who prefer more sport-oriented performance can opt for the xDrive48i's V8, which delivers more ponies with only a negligible sacrifice in fuel economy. Owners who seek a more fuel-efficient engine can choose the new twin-turbocharged, diesel-powered trim, with its aggressive torque for impressive off-the-line performance, while those who want the ultimate performance hauler can opt for the M's hefty powerplant. The X5 trims have a towing capacity of 6,000 pounds, which increases to 6,614 for the X5 M.

The 2010 X5 offers a comfortable, sporty ride with minimal body lean and good road grip, even under aggressive driving. It features a double-wishbone front suspension and a lightweight multilink configuration in the rear. Some owners find the ride slightly harsh, although the suspension delivers good road feel to the driver, as expected in a BMW. All trims ride on 18-inch alloy wheels with run-flat all-season tires except the M, which receives 20-inch wheels with ultra-high performance run-flat tires.

Engine-speed-sensitive steering results in responsive handling at higher speeds, although the steering becomes heavy at lower speeds, such as in parking lots, according to some reviewers. Owners can add optional Active Steering, which varies the steering ratio based on the vehicle's speed. However, the system draws mixed reviews due to its inconsistency.

Owners will find the X5's front seats very comfortable for long-range trips, with plenty of headroom and legroom, although taller adults will find legroom in the second-row seat tight. The optional third-row, two-passenger seat is also tight, although BMW adds a sliding second row on the three-row trims, which enables owners to expand or contract legroom in the second and third rows.

Inside, the X5 offers a comfortable cabin with top-notch fit and finish and a wide range of upscale features owners have come to expect from BMW. Leatherette upholstery comes standard on the 30i and 35d, while the 48i pampers passengers with Nevada Leather upholstery. All three trims include Dark Burl Walnut wood trim, as well as 10-way power-adjustable front seats with memory settings for the driver's seat, steering wheel, and exterior mirrors. Dual-zone automatic climate control, a power tilt/telescoping leather-wrapped steering wheel, dynamic cruise control, and an AM/FM audio system with a CD player and MP3 input jack are among the X5's other standard features. The audio system is prepped for Sirius satellite radio, which comes as an option.

Other standard features for the X5 include HD radio, Bluetooth, and a stop/start button. Optional features include heated and ventilated front seats, a CD changer, rear air conditioning, a head's-up display, a power liftgate, and a backup camera.

The X5 offers 18.5 cubic feet of storage space in two-row trims. However, that number drops to a scanty 7.1 cubic feet when owners add the optional third-row seat. Owners can fold down both the second and third rows to expand cargo space up to 61.8 cubic feet.

The X5 comes equipped with a full range of airbags, including a front and rear Head Protection System with side-impact airbags. Dynamic Traction Control, Dynamic Brake Control, and Dynamic Stability Control with brade-fade compensation and brake stand-by features also come standard. Other standard safety features include Hill Descent Control, which maintains the vehicle at a steady speed on slippery or loose downhill surfaces.

Owners like the new xDrive35d diesel trim, with its aggressive torque and good gas mileage. They report some initial engine rattle when the diesel powerplant starts up, but a quiet driving experience once the vehicle gets rolling. The X5's exterior design, handling, and performance also get good marks from owners, although some would like to see better acceleration from the xDrive30i. Some owners comment on the X5's high cost, including taxes and insurance, but most owners seem pleased with what they get for their money. On the downside, some owners find the suspension too harsh at times, and the X5's seating comfort gets mixed reviews.

Users ranked 2010 BMW X5 against other cars which they drove/owned. Each ranking was based on 9 categories. Here is the summary of top rankings.

What Does This Code Mean 7ec?

Is This Bad Price Due To 3 Wrecks

A few weeks ago, my X5 started acting up while trying to start the engine; it takes now two to three attempts depressing the start button to make this happens; once it does, it will work normally an...

Should I Keep My Car Or Not?

How Can I Delete Or Edit My Posting?