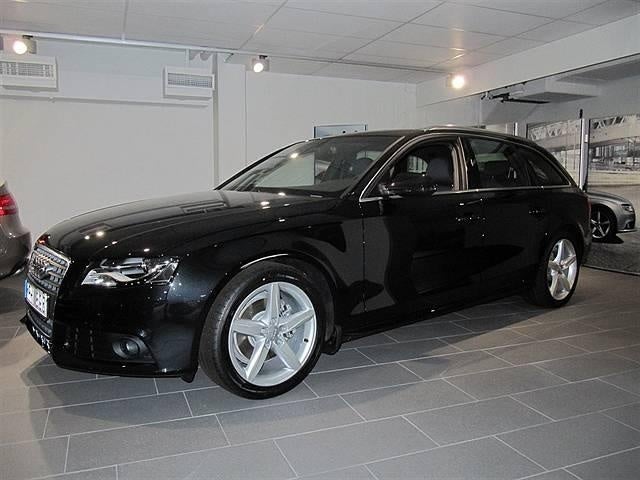 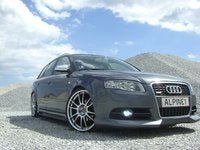 Although Audi's A4 Avant wagon rolls into 2010 essentially unchanged from the previous year, it remains a stylish and functional cruiser with a well-equipped interior, standard AWD, and a sporty yet fuel-efficient powerplant.

Cargo space suffers a bit, due to a sloping rear roofline that eats into interior cubic feet, and the 2010 A4 Avant wagon lacks a number of innovative optional features currently available on the A4 sedan.

As an upscale, fuel-efficient alternative to the typical SUV, Audi's A4 Avant wagon continues to excel in just about every way. While it remains essentially unchanged for 2010, it still delivers a wide range of standard and available features, including many of the latest technical and safety systems. Add a comfortable, leather-upholstered interior, a peppy powerplant under the hood, and more than 50 cubic feet of cargo space in the rear, and the A4 Avant offers something for just about everyone.

Audi gave the A4 Avant wagon a full-fledged makeover for 2009, but for 2010 keeps updates to a minimum. Audi offers the A4 Avant in a single 2.0T Quattro Premium trim for 2010, with optional Premium Plus and Prestige package levels. The base A4 Avant Premium receives no new standard features and only a few new options for 2010, such as available Bluetooth. In addition, Audi adds a Bang & Olufsen premium audio system as a new option on the Premium package. The Bang & Olufsen audio system continues to come standard with the high-end Prestige package.

In addition, the automaker debuts a new third-generation version of its MMI (Multimedia Interface), which comes standard with navigation on the Prestige package and is available as an option on the Premium Plus package. The new MMI makes its easier for drivers to manage the sedan's audio, climate control, and navigation systems, as well as other interior and exterior systems, thanks to a revamped interface with revised control logic. The third-generation MMI also renders 3D landscape images, thanks to the latest-generation NVIDIA processor, and includes a new version of Sirius traffic. All other A4 Avant sedans continue to come equipped with a base version of MMI. 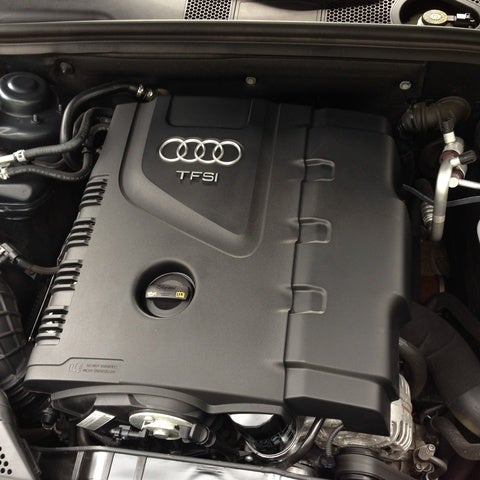 A turbocharged 2.0-liter four-cylinder engine powers the A4 Avant for 2010. The engine generates 211 hp and employs FSI direct injection, which helps improve torque as well as fuel economy, according to the automaker. As a result, the powerplant produces 258 lb-ft of torque, which ensures brisk acceleration. The engine links to a six-speed automatic transmission with Tiptronic, which enables drivers to manually shift gears using paddles mounted on the steering wheel. The transmission also works in conjunction with the Avant wagon's Quattro permanent all-wheel-drive system.

The turbocharged four-cylinder engine drives the A4 Avant from 0-60 mph in 6.9 seconds. The EPA estimates fuel economy numbers for the powerplant at 21/27 mpg. Most owners and reviewers agree the Avant's engine, transmission, and Quattro system provide a spirited ride, on par with the performance of the A4 sedan and more than adequate for all but the most demanding drivers.

The 2010 Audi A4 Avant rides on a relatively new platform introduced in 2009, which moved the engine back several inches, behind the front axle to improve balance and weight distribution. In addition, Audi revamped the A4 Avant's Servotronic steering system in '09 to provide a more responsive feel. These updates, which carry over for 2010, give the A4 Avant good overall balance and precise handling on even the twistiest roads and in the tightest corners.

The A4 Avant rides on a unique suspension, which Audi also revised in 2009. The suspension features a five-link configuration with upper and lower wishbones in the front, and a rubber-mounted rear subframe, which helps the wagon better absorb road imperfections. In addition, a tubular anti-roll bar keeps the Avant firmly planted to the road and helps reduce body roll in tight corners.

Passengers will find the Avant's cabin extremely comfortable for long trips. The wagon's long profile results in a roomy interior, and the seats themselves were redesigned in 2009 for greater comfort, although some owners would like a bit more rear-seat comfort. The A4 Avant comes standard with 17-inch wheels, although owners can add up to 19-inch wheels, depending on the options package selected.

The Premium Plus and Prestige packages add heated front seats, Bluetooth, three-zone climate control, and a driver information system, which displays the outside temperature, real-time fuel economy, and miles remaining per tank, among other information. The Prestige package also adds a 14-speaker, 505-watt Bang & Olufsen audio system and a voice-activated navigation system with a 7-inch color LCD screen and a 40-gigabyte hard drive. Options for the A4 Avant include available almond beige ash or dark walnut interior wood trim.

The A4 Avant offers 50.5 cubic feet of storage space. The reversible cargo floor features a carpeted surface on one side and a rubberized surface on the other, and small cubbies as well as an easy-to-use cargo anchoring system help increase the functionality of the trunk space.

The 2009 Audi A4 Avant received a top safety rating from the National Highway Traffic Safety Administration, and the 2010 Avant should retain that rating, since its safety systems remain unchanged. An impact-protection system consisting of a reinforced high-strength-steel body, reinforced bumpers, and a rigid occupant cell helps protect passengers. The A4 comes equipped with a full range of airbags, including Sideguard head-protection airbags, which cover the windows in the event of an accident.

An electronic stability program and antilock brakes with electronic brakeforce distribution are included as standard safety equipment. In addition, the Prestige package offers an optional adaptive cruise control system, which monitors the distance to the vehicle ahead and automatically reduces or increases speed to maintain a safe driver-selected distance.

The 2010 A4 Avant receives good marks from most drivers and reviewers for its exterior styling and interior features. The Avant's handling and balance, as well as its unique mixture of sportiness and functionality, also impress owners. In addition, the Avant's four-cylinder engine draws good reviews from many owners and reviewers, although some would like to see a bit more horsepower. However, most like the Avant's good fuel economy. Some owners note the lack of a number of optional features available on the A4 sedan but not on the A4 Avant wagon, such as the Driver Assist Package, which includes a parking assist system as well as an innovative blind-spot-alert system, called the Audi Side Assist.

What is the tow capacity (rating) for the A4 Avant and/or A4 sedan?