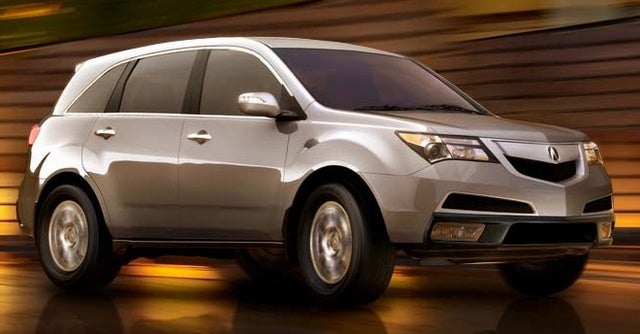 If you’re looking for a luxury SUV with high-end performance, a wealth of power, eye-catching style, on- and off-road stability and versatility, and an abundance of technological treats, look no further than the 2010 Acura MDX.

The 2010 MDX doesn’t do any one thing better than the rest, so if you have a specific SUV characteristic that matters more than all others, you might want to shop around.

There is very little not to like about the 2010 Acura MDX. Its performance can range from sports-car-like to luxury vehicle to rugged off-road, it is beautifully shaped and constructed, and it’s loaded with conveniences to suit every taste.

Whatever it is you’re looking for in a luxury SUV, you’ll find it in the 2010 Acura MDX. A powerful and reliable powertrain, superior handling on road and off, comfortable and roomy seating, ample storage, a spectrum of standard and optional technologies and conveniences, quality interior materials, and stylish exterior lines - the MDX has it all.

Acura has made some significant changes to the MDX for 2010, and all are greeted warmly by critics, who, on the whole, adore this luxury ute. The MDX's V6 engine has been updated with sturdier components and is mated to a brand-new six-speed automatic transmission (there's only one drivetrain option for the MDX) with standard steering-wheel-mounted paddle shifters. The cabin has also been refreshed and filled with new features such as Bluetooth, an iPod adapter, a rearview camera system, a power tailgate, Hill Start Assist as part of the all-wheel-drive system, and an available hard-drive based navigation system with music storage, weather reporting, restaurant reviews, and traffic rerouting.

The exterior is refreshed with new front and rear fascias, reworked headlamps, extra chrome moldings, new exhaust outlets, and the addition of Acura’s corporate metal-shield grille. Most critics pan the “smiley-face” grille, but don’t dislike it enough to call the MDX ugly. In fact, this is one of only a handful of SUVs that most reviewers love to look at, and with the MDX’s sleek yet powerful bodylines and understated yet stylish accents, it’s easy to see why.

The three-row, seven-passenger MDX comes in just one trim, but with four different option packages (Technology, Technology with Entertainment, Advance, and Advance with Entertainment) you can customize the MDX to fit your personality. 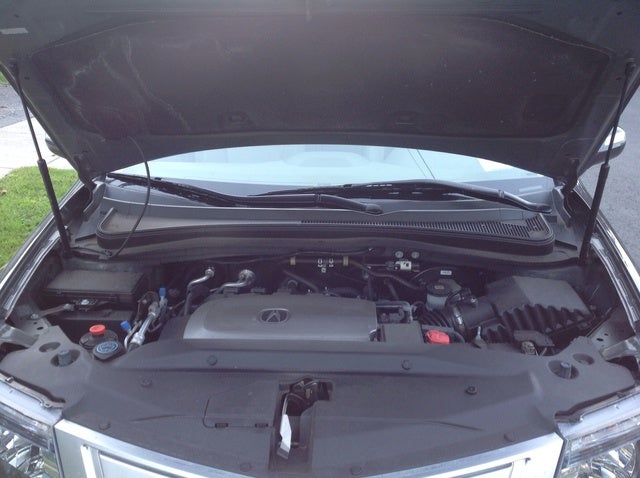 In automatic mode, the transmission utilizes Acura’s Grade Logic technology to better handle steep inclines and declines, and uses Shift Hold Control to delay upshifting when accelerating through curves. In manual mode, the Sequential SportShift paddles allow the driver to move in and out of gears with a simple tap. These paddles can be used in full manual mode or partial, which allows the driver to make one quick shift before the intelligent transmission retakes control.

The new transmission is precise, quick, makes the most of the available power, works in excellent harmony with Acura’s Super Handling All-Wheel Drive (SH-AWD) system, and is a serious upgrade over the five-speed automatic in the 2009 model. The engine tweaks for 2010 are also widely praised for delivering even more gusto to the MDX, which can get from 0-60 in 7 seconds.

Testers have always been very fond of the MDX’s handling capabilities, and that fondness has only increased this year with the drivetrain upgrades detailed above linking seamlessly with the SH-AWD. The all-wheel-drive system can handle inclement weather and the ensuing road conditions and can tackle off-road tracks as well, although it does not have a low-range mode. But it also shines on dry roads (here’s where the “Super Handling” part comes in), where the shifting of torque between wheels increases grip in tight corners, eliminating body lean and giving the MDX the feel of a performance sedan.

The front and rear multi-link suspensions are specially designed to work in harmony with the SH-AWD and the unique lateral and forward forces it creates with a range of technology that includes fluid-filled bushings, forged-aluminum control arms, anti-roll bars, and separate subframes in the front and rear for increased road and engine isolation. Couple all of that with a rigid body frame built from lightweight and high-tensile steel, and the result is a smooth and quiet ride that pushes the MDX to the front of the luxury SUV class.

The standard suspension system is very good, but if you want to make it a bit better, the optional Active Damper System is worth the extra money. This system allows the driver to switch between Sport and Comfort mode with the push of a button. The Sport mode will allow you to drive the MDX like a sports car and attack twisting mountain roads without fear. The Comfort mode puts you on a cloud, which can float a bit much for some, but might be just right for an extra-long road trip.

The Technology package adds the hard-drive based navigation system, a GPS-linked/solar-sensing climate control system, multi-angle rearview camera, an automatic phonebook-downloading system for Bluetooth, upgraded leather trim, and an amazing Panasonic/ELS surround-sound system with a USB interface for an iPod, a 410-watt amplifier, 10 speakers including an 8-inch subwoofer, and voice recognition.

The only drawback with all this technology is the avalanche of buttons and knobs needed to control it. The MDX’s center stack can be a daunting jungle of controls and certainly requires some owner’s manual studying. Other than that, the MDX cabin is praised by critics for its construction quality, high-end materials, stylish accents, and layout and overall comfort.

The front seats provide comfort and support in equal measure. The second-row seat sections are shaped in a bucket style and offer great comfort next to the windows. The middle section of the second row is best suited for a child, as is the third row, which is fairly standard in seven-passenger SUVs.

Not surprisingly, owners love their MDXs. They universally rave about the handling, some claiming it drives like a sports car, others saying it glides over the road like a luxury sedan. The sound systems also get a lot of positive attention, as do the navigation and entertainment options. And while the MDX isn’t cheap, some owners can’t believe all of the car they got for the price.

Complaints are few and far between, but some wish for more space behind the third row, easier access for shorter adults, and roomier seating in the second and third rows.

GuruCS7R8 I have had nothing but problems with my MDX.. issues after issue after issue with misfiring and computer problems.. very disappointed

Users ranked 2010 Acura MDX against other cars which they drove/owned. Each ranking was based on 9 categories. Here is the summary of top rankings.

Have you driven a 2010 Acura MDX?
Rank This Car

How Much Does An Accident Devalue Car? Accident Was 3 Years Ago, Car Is Gre...

I was planning to buy a CPO Acura MDX 2010-11, the car is pretty costly but well worth it even it being CPO. Recently I got to know about Acura is changing the shape and alot inside the car in itse 2...

WHAT IS THE FUEL CAPACITY OF ACURA MDX