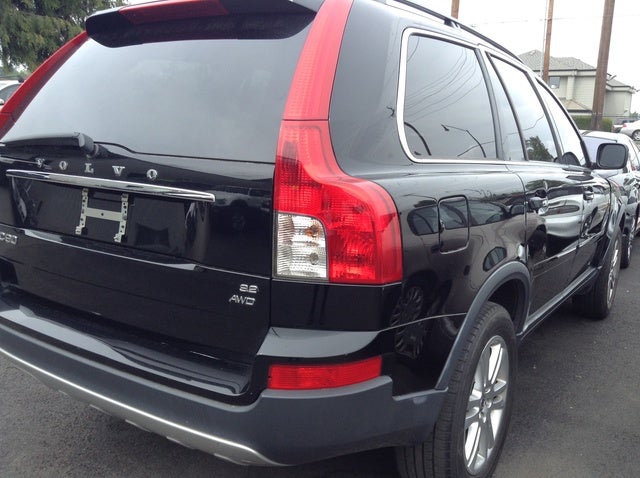 The ’09 XC90 suffers from an aging design, questionable fuel efficiency, and a lack of imaginative interior appointments.

Volvo maintains its reputation for safety and reliability with the 2009 XC90. This well-built crossover SUV should satisfy those looking for a family-oriented, all-weather traveler. There are, however, fresher offerings from Acura and Mercedes-Benz that ought to be considered.

When Volvo purposely and famously rolled the introductory XC90 over several times before a throng of media, they wanted to prove that the XC90 was the safest SUV on the market. They succeeded brilliantly, as Volvo’s first-ever SUV entry emerged with cabin and roof intact. The 2009 Volvo XC90 continues and adds to this spectacularly demonstrated commitment to safety.

A winner of the 2003 “Sport-Ute Of The Year” award from Motor Trend magazine, Volvo experienced a drop in sales of the XC90 last year, and decided to eliminate the V8 Sport trim and to add the much ballyhooed R-Design. Thus, the ’09 XC90 is available in four trim levels, the base 3.2, 3.2 R-Design, V8 AWD, and V8 AWD R-Design. The R-Design trims are offered with sport-tuned suspensions and steering, as well as unique chrome accents, upgraded leather and aluminum interior trim, and distinctive R-Design badging. Other notable changes from ’08 include new exterior colors and wheel designs and re-shuffled option packages.

Still considered by owners and reviewers alike not only one of the safest crossover SUVs on the market, but one of the safest vehicles on the road, the XC90 is also a plush and well-mannered crossover SUV, with more than a bit of Swedish panache. Most professional reviewers stress, however, that an aging design may make some more recently introduced models, such as the Acura MDX, the Lexus RX, and the Mercedes-Benz M-Class a better choice for a crossover. 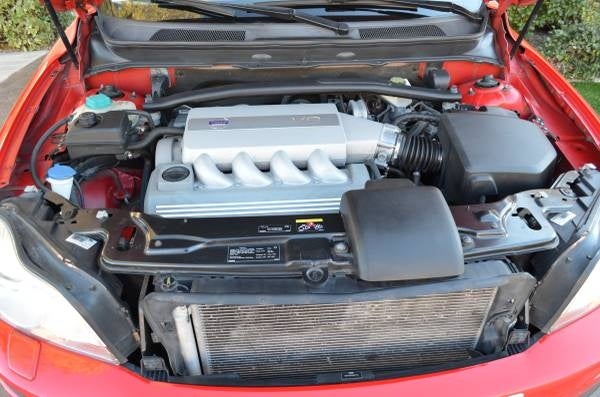 Opinion is about evenly divided as to acceleration and performance capabilities of the 3.2-liter I6, with some professional reviewers claiming that the I6 is simply too weak to handle the XC90’s 4,460-plus pounds adequately – and quietly - and others professing the 3.2-liter is more than adequate in passing and merging on the highway.

Virtually all professional reviewers agree that the 4.4-liter V8 has enough throaty power and verve to satisfy the most hurried driver. One tester claims the V8 can speed from 0 to 60 in 7.4 seconds, which is about the class average.

Nearly all reviewers also agree that the six-speed auto-manual is a smoothly functioning transmission that complements both engines admirably. One reviewer does note, however, that, in his experience, the six-speed automatic is a little slow to downshift when paired with the 3.2-liter I6.

Ride and handling characteristics for the 2009 Volvo XC90 are determined by its four-wheel independent suspension, with a MacPherson strut front suspension system, front and rear stabilizers, and a multi-link rear suspension. All trims offer four-wheel ventilated disc brakes, and both R-Design trims offer sport-tuned suspensions and steering.

The base 3.2 and V8 XC90 trims each offer standard 18-inch alloy wheels, the 3.2 R-Design comes with standard 19-inch wheels, and the V8 R-Design rolls on standard 20-inch alloys. Both AWD XC90 trims are equipped with a center limited-slip differential.

Most professional reviewers note the ride of the ’09 XC90 to be a bit stiff, but no more so than many vehicles in its class. Some reviewers find in the XC90, however, an annoying tendency to lean a bit much in brisk cornering, and the base 3.2 and V8 AWD trim’s 18-inch wheels are somewhat jarring on uneven pavement. Steering is described by a few reviewers as a bit tardy, and braking as “touchy,” with some mushiness in the pedal.

Always a leader in safety innovation and enhancement, Volvo chose the XC90 in its now-famous rollover demonstration to emphasize just how safe this and all Volvo vehicles truly are. The 2009 XC90’s unibody construction and rugged safety-cage-enclosed cabin have been tried and tested – publicly – and have passed with flying colors.

Though generally well-regarded, the 2009 Volvo XC90 is not without owner issues. A limited availability of after-market parts, difficulties opening the hood, and inconvenient operation of the power seats are a few complaints that owners have with this crossover SUV. Gas mileage, especially with the V8 engines, and the necessity of using premium fuel, are each mentioned as problematic by several owners, along with transmission issues, cramped second- and third-row seating, and a lack of perceived interior elegance.

All these annoyances with the ’09 XC90 aside, however, virtually all owners are well-satisfied with the distinctive styling, seating comfort, V8 power, ride and handling, and, above all, the sense of safety and security that they have experienced with this vehicle. “Sexy” has been used in describing the XC90’s looks for ‘09, and the word “great” is repeatedly used to describe the XC90’s sound system, and cruising stability. Acceleration and braking are high on the satisfaction list of most owners, as is the ease of rear-seat configuration, and the quality of interior materials and workmanship.

How can I advertise my car for sale as a private seller.?

17 views with 4 answers (last answer about a year ago)

My Listed Vehicle Sold Was Sold.

My vehicle was sold, but I can't find on the site to list sold.

The pan has been replaced and resealed twice but still leaks

I have a 2009 XC90. Since Dec 2012, I've been experiencing the brake squealing from the front left wheel. The dealer worked for months to identify the issue, replacing the brakes and rotors at the...