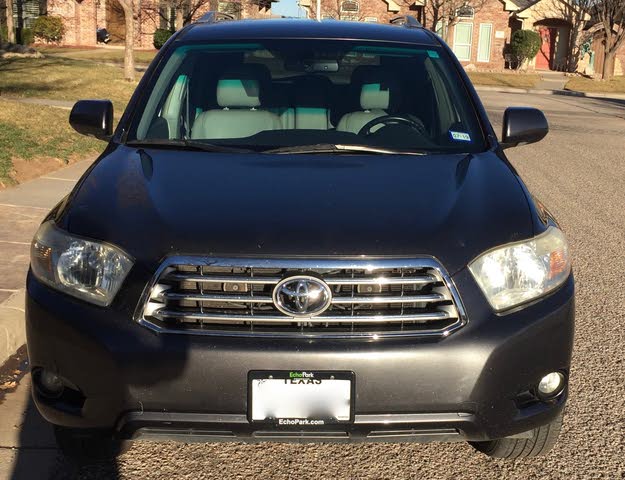 The 2009 Toyota Highlander defines value by offering better-than-average performance, super reliability, improved roominess, and an abundance of standard safety features, all at a reasonable price.

The '09 Highlander’s middle-of-the-road styling, lack of a split-folding third-row seat, and annoying steering torque when accelerating in front-wheel-drive trims won’t ruin your day, but does keep it from making the very top of the crossover heap.

The 2009 Toyota Highlander can take the whole team to the game, Mom and Dad to the mall, and the whole clan to Grandma’s in spacious comfort. It's a well-built crossover that does exactly what the breed was meant to do, and does it well.

Toyota has taken to heart the old expression, “If it ain’t broke, don’t fix it.” After a hefty redesign in 2008 that earned it a Consumer Guide recommendation and included a larger body, roomier cabin, and beefier engine, the Highlander was left with little to improve on for the near future. Other than the new STAR safety system, which Toyota has integrated into all its SUVs, the Highlander remains essentially unchanged for 2009.

Using the proven Camry unibody chassis design, the Highlander is carving a niche in the increasingly crowded crossover market by providing safe, reliable, and, according to a number of reviewers and owners, fun-to-drive transportation for the family, the team, even the guys and girls in the carpool. Though not as roomy as GMC’s Acadia, Chevy’s Traverse, or Saturn’s Outlook, the Highlander more than holds its own as far as space is concerned, boasting 95.4 cubic feet of cargo volume with the second- and third-row seats folded flat.

The ’09 Highlander is offered in three trims, Base, Sport, and Limited, each of which can be delivered with front-wheel drive (FWD) or all-wheel drive (AWD). Each trim is equipped with a standard 270-hp, 3.5-liter V6 and five-speed automatic transmission, a combination that’s lauded by reviewers and owners alike. US News and World Report ranks the ‘09 Highlander at number four in an analysis of 29 affordable midsize SUVs.

But, wait, there’s more! How about a four-cylinder trim for the ’09 Highlander? The relatively unheralded inline four-cylinder (I4) Highlander, expected in mid-January, represents a telling departure from Toyota’s mantra that if drivers want a four-cylinder SUV, they’ll buy a RAV4. The inline four, with a new six-speed automatic transmission, will be offered only in Highlander’s FWD base trim to start. Needless to say, should it prove popular, look for this four-banger to be offered in all Highlander trims in 2010. 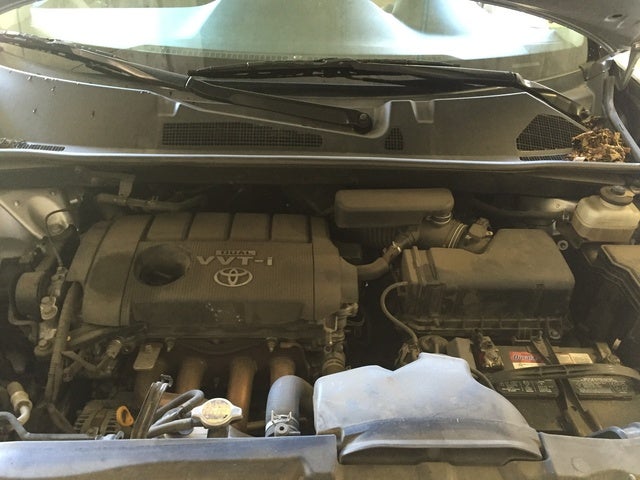 Until the new I4 engine becomes available, owners of the ’09 Highlander will have to make do with the standard 3.5-liter, 24-valve V6 engine with variable valve timing that equips all three trim levels. In 2008, the 3.5-liter replaced a 3.3-liter V6 and added some 55 hp, which translates into a respectable 270 hp at 6,200 RPM and 249 lb-ft of torque at 4,700 RPM. The EPA estimates that the ’09 Highlander FWD trims will get 18/24 mpg and the AWD 17/23, which is about average for its class. The Highlander is designed to run on regular gas. Couple the 3.5-liter V6 with Toyota’s standard five-speed electronically controlled automatic transmission with intelligence (ECTi) and, properly equipped, the Highlander can tow a best-in-class 5,000 pounds.

Toyota expects the promised I4 engine to achieve 20/26 mpg, and if those numbers prove accurate, the Highlander will wrest the mantle of most economical gas-powered crossover from the Dodge Journey. Even without the expected four-cylinder engine, the non-Hybrid Highlander easily meets the strict Ultra Low Emissions Vehicle II (ULEV II) standards set by the State of California and considered a benchmark in the industry.

An independent front and rear suspension with stabilizer bars also front and rear give the ’09 Highlander crossover the properties of a comfortable, reasonably stress-free ride both on the highway and downtown, with minimum though still noticeable bounce and rumble from road imperfections. The Highlander base trim sports 17-inch steel wheels with black-sidewall, all-season radial tires, while the Sport and Limited trims boast 19-inch alloy and aluminum wheels also with black-sidewall, all-season radials. The longer wheelbase for the 2009 Highlander obviously improves its handing characteristics over pre-'08 versions. Reviewers find the Highlander comfy, quiet, and well-mannered on longer trips, sprightly and agile about town. A few reviewers, though, noted a tendency in the FWD Highlander trims for the front wheels to spin when giving it the gas on wet pavement.

The ’09 Highlander ranks about average in its class for standard comfort and convenience features, its major differences being in the quality as opposed to the number of features. Storage was mentioned by a number of reviewers as being above average, but one reviewer noted that the rear hatch is awkwardly configured for manual opening and closing, and suggested Toyota replace the present strap with a solid grip.

The layout of the instruments and controls in the ’09 Highlander has been described by one reviewer as “absolutely terrific,” and several mention that the Highlander’s dash is reminiscent of a Lexus's. Second-row seating is described as comfy and adaptable, with the third row spacious enough for smaller children, but a bit cramped for adults. The puzzling lack of a 50/50-split third row seat disappoints more than a few reviewers. One reviewer recommends owners leave the third-row seat in the folded-flat position when not in use to free up cargo space.

One standard feature on all Highlander trims that professional reviewers find particularly handy is a second-row center stow-away seat that can be stored inside the front center console when not needed. One reviewer, however, noted the lack of a one-touch up/down feature on the passenger side power windows to be annoying, and others have mentioned a deficiency of quality cabin materials.

Options for the Base Highlander in ‘09 include a roof rack, powered and heated outside mirrors, an eight-way power driver’s seat, rear air-conditioning, a power moonroof, a tow package allowing up to 5,000 pounds of towing capacity, XM satellite radio, a six-disc CD player with six speakers, remote starting, and running boards. For the midlevel and high-end Sport and Limited Highlander, options become a bit more exotic, including a navigation system with 8-inch screen, a power liftgate, three-zone climate control, a JBL audio system with nine speakers and a subwoofer, Bluetooth hands-free communications technology, and a rear-seat DVD entertainment system.

The Highlander has the most comprehensive standard airbag arrangement in its class, including driver and front passenger advanced airbags, seat-mounted side-impact airbags, three-row roll-sensing side curtain airbags, and a driver’s knee airbag. The ISO-FIX child restraint system with top and bottom tether anchors for all rear seats, downhill brake-assist, and side impact door are also standard.

An overwhelming majority of owners of the 2009 Highlander find this talented crossover to be an impressive value, with build quality, safety, reliability, fuel economy, and cabin layout high on their list of favorite features. There were, however, a few disappointments for owners, such as the lack of a split-folding third-row seat and a need for still more cargo room. One owner complained that the rear-seat DVD entertainment system ought to be standard, and another mentioned that there were not enough standard rear-seat features aimed at kids.

Though it's not the most showy and not the least expensive crossover on the market, the 2009 Highlander is unanimously well regarded by owners, who stress its value more than its appearance.

What's your take on the 2009 Toyota Highlander?

Users ranked 2009 Toyota Highlander against other cars which they drove/owned. Each ranking was based on 9 categories. Here is the summary of top rankings.

Have you driven a 2009 Toyota Highlander?
Rank This Car

Lots Of Water On The Floor After Using A/c

I drove 2009 Toyota Highlander in Florida for a week with a/c on all the time. Today I found water puddle on the floor.Is this a clogged a/c drain problem?

My 2009 Highlander has a severe intermittent vibration. It happens more often when it is wet and it has been sitting. It almost feels like the brakes are grabbing, or I lost a weigh but I had thi...

181 views with 5 answers (last answer about a year ago)

I recently bought a Toyota Hilux (Invincible) 2009 model in Pakistan...(which was imported from England)....recently the check Engine light and the VSC lightst turned ON never to go... I took the...

Difference Between Highlander Limited And Sport