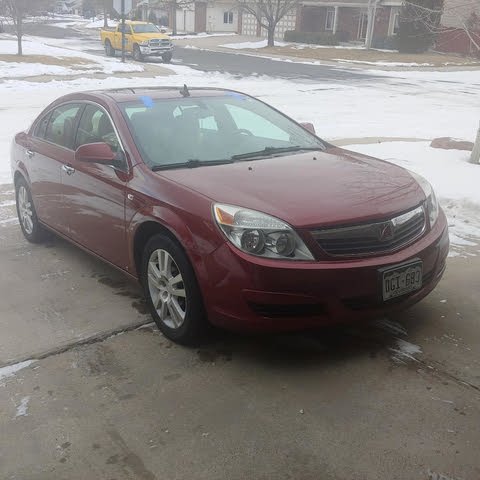 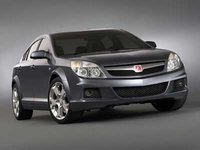 Saturn emphasizes the Aura sedan's fuel efficiency for 2009, and for the first time offers its upscale Aura XR trim with an economical four-cylinder engine, giving drivers who prefer a more luxurious yet efficient car another option.

Some knock the '09 Saturn Aura's fit and finish, especially in the interior, while others note that the more fuel-efficient four-cylinder engine can at times struggle to briskly move the heavy Aura.

For drivers seeking a competitive, fuel-efficient, and reasonably priced American-made midsize sedan, the Aura offers a worthy option, even though Saturn borrowed many of its components from the European-made Opel Vectra. Still, with its flashy exterior styling, roomy interior, well-equipped cabin, and wide range of safety features, including standard StabiliTrak, the Aura has a lot to offer drivers on a budget.

Saturn made a number of minor upgrades to its popular Aura sedan for 2009. Joining a recent trend among automakers to design better-equipped fuel-efficient vehicles, Saturn now offers its upper-end Aura XR trim with a four-cylinder engine. The new trim, called the XR-4, joins the previously available entry-level XE trim and the top-of-the-line (and newly renamed) XR-V6 trim. In addition, Saturn tweaked the Aura's Ecotec four-cylinder gas engine, which powers both the XE and XR-4 trims, so it now squeezes out 33 mpg on the highway, up from 30 mpg the previous year. As a result, the '09 Aura four-cylinder trims now deliver the best fuel economy in their class, beating out both the Toyota Camry and the Honda Accord, according to the automaker.

Saturn also offers the Aura with a hybrid engine, available on a very limited basis. It achieves an estimated 34 mpg on the highway and 26 mpg in the city. For 2009, Saturn upgrades the Hybrid trim minimally, adding 17-inch wheels, up from 16-inch wheels for the previous year.

Notable upgrades for 2009 include the addition of the StabiliTrak stability control system as a standard feature on all Aura trims. In addition, the XE and XR-4 trims receive a six-speed automatic transmission with TAPshift, which enables drivers to change gears manually using paddle shifters mounted on the steering wheel.

Introduced in 2007, the five-passenger, front-wheel-drive Aura was named North American Car of the Year upon its introduction, and initially received a five-star crash safety rating for front and side impacts from the federal government's National Highway Traffic Safety Administration. While the Aura continues to come well-equipped with safety features, Saturn and GM spotlight the sedan's fuel efficiency and economy for 2009. 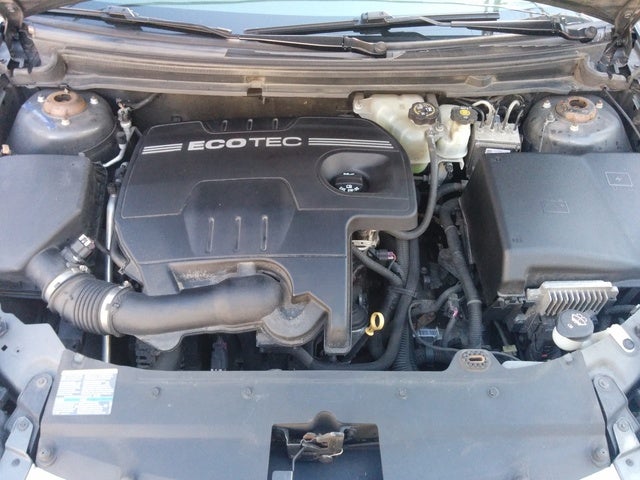 When it comes to the Aura's powerplants, fuel efficiency takes center stage for 2009. A 169-hp, 2.4-liter Ecotec four-cylinder engine with variable valve timing powers both the XE and XR-4 trims and achieves up to 33 mpg on the highway. The XR-6 retains its 252-hp, 3.6-liter, double-overhead-cam V6, which manages 17/26 mpg. The engines in all three trims link to a six-speed automatic transmission with TAPshift.

The Aura's engines achieve their fuel efficiency thanks in part to variable valve timing, which automatically alters intake and exhaust valve motion to maximize fuel efficiency while ensuring top performance, according to Saturn. In addition, the engines' lightweight aluminum construction reduces weight and helps improve performance. All engines run on regular gasoline.

The Aura borrows its platform from the German-made Opel Vectra, which has been around for some time in Europe, so GM had a chance to perfect it before utilizing it for American drivers. An independent McPherson strut front suspension and four-link independent rear suspension form the foundation of all Aura trims. Most reviewers and drivers agree that all this technology results in a balanced ride and above-average handling for a car in this segment. In addition, the Aura maintains good stability when cornering, thanks to stabilizer bars in the front and rear.

Despite electric power steering with variable assist, the steering can feel unresponsive at times, according to reviewers. Some also note that the steering wheel itself feels too large, which detracts some from the Aura's overall sporty nature.

A center dual-bin console, which has a sliding armrest, provides room for a cell phone and offers two cupholders, as well as a 12-volt power outlet. The Aura also provides two cupholders for rear-seat passengers. Other than than, storage options are adequate but not expansive.

Road noise can be pronounced, according to some reviewers and drivers. In addition, some note that, due to the car's weight, the Aura can seem underpowered at times, especially the four-cylinder trims.

The Aura's interior trim quality suffers a bit when compared to competitive cars from Toyota and Honda, according to reviewers, but overall the Aura gets good marks for its roomy interior. Rear-seat passengers will enjoy plenty of legroom and elbow room, and even taller drivers will find the front seats comfortable and accommodating. However, some reviewers would like to see a bit more lumbar support from the front seats. Most like the fabric seating, though many reviewers recommend the high-quality optional Morocco brown leather seats. The Aura's instrumentation in particular receives high marks. On the downside, some note difficulty entering and exiting the cockpit, and a number of drivers find fault with blind spots out the rear of the vehicle.

For 2009, Saturn adds Bluetooth wireless phone technology for both XR trims and the Hybrid. Drivers can add Bluetooth as an option on the XE trim. Throughout the line, standard features include XM satellite radio (free for 90 days), remote keyless entry, power programmable door locks, air-conditioning, and a Driver Information Center. The XR trims add leather seats, heated front seats, an eight-way power-adjustable driver's seat, and a leather-wrapped steering wheel and shift knob. A six-speaker AM/FM audio system with a CD player and MP3 connectivity comes standard on all trims.

The Aura offers nearly 15 cubic feet of cargo space (just over 13 cubic feet for the Hybrid), which drivers can expand by lowering the 60/40 split rear seat backs. 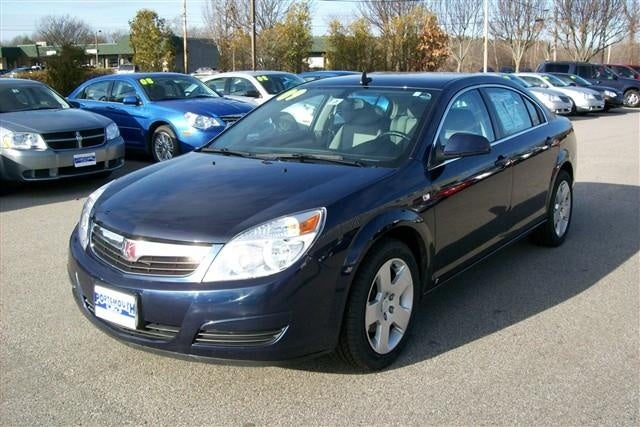 Drivers find a lot to like about the Aura, including its fuel economy, handling, smooth ride, and safety features. In addition, drivers like the Aura's exterior styling and roomy interior. Despite the fact that some reviewers cite the Aura for its road noise, many drivers find the Aura to be relatively quiet on the road, perhaps due to its insulated glass. Those who opted for the XE and four-cylinder XR appreciate the fuel mileage those trims offer, while drivers who chose the XR-V6 like the acceleration provided by its six-cylinder engine. Drivers also like the Aura's value, especially when compared to the pricing of some midsize import sedans.

Have you driven a 2009 Saturn Aura?
Rank This Car

Over the past 6 months my car has had the power steering light come on and it is hard to steer but once I turn the car off and back on it works great. It only done this like 4 times in the past 6 m...

I drive my car today and I was fine. turn it off then want out a hour later then it did not want to turn on thr started is new the battery is new and thr alternator is fine all the light work to

Why Is My AC Going From Cold To Hot And Temp Gauge Starts Going In Red?

I just had my 2009 saturn aura shipped from NJ to Las Vegas and now the AC is blowing from cold to warm and temp back & forth? Also temp gauge keeps going up to red area? It did not do this while I...

Where To Put Power Steering Fluid In A 2009 Aura

2009 Saturn Aura Brake Light Recall Was Performed By Dealer, This "fix" Was...

52 views with 2 answers (last answer about a year ago)