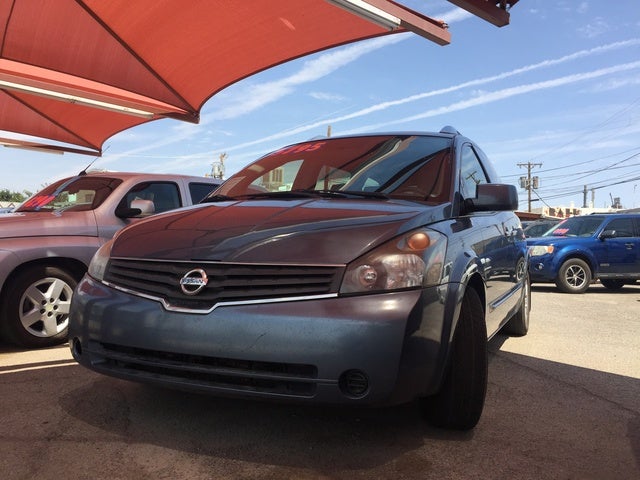 As one of the largest minivans available, the 2009 Nissan Quest boasts roominess, comfort, and surprising performance and handling agility.

A less-than-stellar design, as well as a lack of versatility, and the curious decision to offer rear seating only as an option in the 2009 Quest are among factors that may lead to its demise.

Declining sales, fierce competition, and pricey options place the 2009 Nissan Quest well below the competition. The Quest does, however, have some notable safety, performance, comfort, and convenience features that recommend it as a solid family minivan that’s worth a look.

Once a dominant force in the minivan segment, the 2009 Nissan Quest is now an aging design with its best years behind it. Sinking sales, even after a significant redesign in ’07, have fueled rumors that Nissan will either drop or replace the Quest in 2010. Most reviewers note that the ’09 Quest lags a fair distance behind the Honda Odyssey, Kia Sedona, and Toyota Sienna in functionality and versatility.

All that being said, however, the Quest is not without its merits. Roominess, performance, agility, and safety features still abound in the ’09 Quest. And its styling, both exterior and interior, though dated, still has its admirers.

The ’09 Nissan Quest is delivered in four trim levels: the base 3.5, 3.5 S, 3.5 SL, and the top-shelf 3.5 SE. The Quest is a seven-passenger, front-wheel-drive minivan that, curiously, comes with only front seats standard. Second- and third-row seating is optional across the line. A sizable cargo area (148 cubic feet with the rear seats folded flat) dwindles rapidly when the third-row bench seat is upright (32 cubic feet).

One of the largest minivans on the market, the ‘09 Quest is powered well by its sole engine and transmission offering, and the front and rear independent suspension gives a smooth and responsive ride, whether to a favorite vacation spot, the mall, or the office. 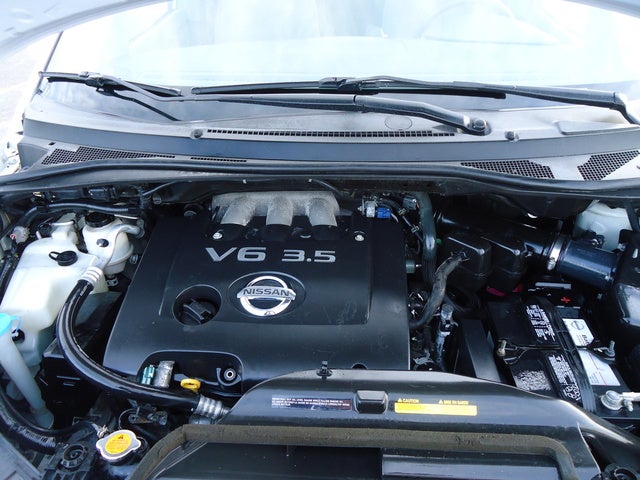 Nissan recommends using premium gas with the ’09 Quest, claiming that the 3.5-liter V6 will run on regular fuel, but will drop about 10 hp burning regular as opposed to premium gas. The 3.5-liter will handle 3,500 pounds of towing when the Quest is properly equipped.

Virtually all professional reviewers note that the ’09 Quest jumps off the line and has plenty of power to handle passing and merging. At least one reviewer praises the Quest as one of the speediest minivans available. The standard five-speed automatic is described as “prompt” and quiet up-shifting and accurate and responsive when downshifting for that extra burst of power when needed.

For 2009, the Nissan Quest is equipped with a four-wheel independent suspension with MacPherson front struts, as well as front and rear stabilizer bars, and a multi-link rear suspension. The Quest also comes with speed-proportional power steering and four-wheel ventilated disc brakes. Reviewers and owners alike are impressed with the Quest's ability to come to a stop quickly and safely.

The three lower trims of the ’09 Quest - 3.5, 3.5 S, and 3.5 SL - roll on standard 16-inch wheels, while the top-of-the-line 3.5 SE is delivered with standard 17-inch wheels. A few professional reviewers find the 3.5 SE takes road bumps and divots with considerably less civility than the lower-end trims with their smaller tires.

Virtually all professional reviewers find the ’09 Quest gives a smooth and comfortable ride, with little lean and a firm grab in sharp cornering. Though the size of the Quest doesn’t lend itself to sedan-like handling, it does show surprising agility and a responsiveness that comes as a pleasant surprise. Road noise is noted as a bit intrusive, but wind noise is kept to a minimum.

As well as a massive windshield and sloping hood that allow for magnificent forward and side vision, the 2009 Nissan Quest boasts easy-to-read gauges, and well-labeled, reasonably accessible audio and climate controls. A unique dashboard-mounted shifter arrangement is a matter of some contention between both owners and reviewers, with most appreciating its style and others claiming it interferes with some dashboard controls.

Options for the ’09 Quest include second- and third-row seating, rear-seat DVD entertainment systems with either single or dual screens depending on trim level, the Skyview Package, including a glass panel over the rear seats and a power sunroof, upgraded leather, and a Navigation Package with a 7-inch screen and DVD-based GPS system.

The National Highway Traffic and Safety Administration (NHTSA) gives the ’09 Quest five stars in front and side impact testing and a four-star rollover rating, while the Insurance Institute for Highway Safety (IIHS) rates the 2009 Quest as “good,” their highest rating.

Contrary to some professional opinions, owners note the styling inside and out as among their favorite features of the 2009 Nissan Quest. Virtually all, however, find the lack of a split third-row seat to be a nuisance. Non-opening side windows are a disappointment to a number of owners, as is the Quest's poor fuel economy.

A few owners complain about the ride quality of the ’09 Quest, as well as its reliability and the customer service they’ve received, or failed to receive, from Nissan. At least one owner feels that the Quest is not the most value-laden minivan on the market.

The majority of owners praise the Quest for its performance and safety features, braking ability, center console, and dashboard. Nearly all owners laud, as well, the Quest's roominess and comfort.

SUEZq1 It just wasn't my slice of the pie. Door were manual, seats didn't fold away. I wasn't to impressed..

Users ranked 2009 Nissan Quest against other cars which they drove/owned. Each ranking was based on 9 categories. Here is the summary of top rankings.

Have you driven a 2009 Nissan Quest?
Rank This Car

How To Remove Passenger Side Door Panel

Dealer washed van and after arriving home I discovered passenger side window will not lower or raise. Is there a fuse just for that window or do I have to remove the panel to look inside for a corrode...