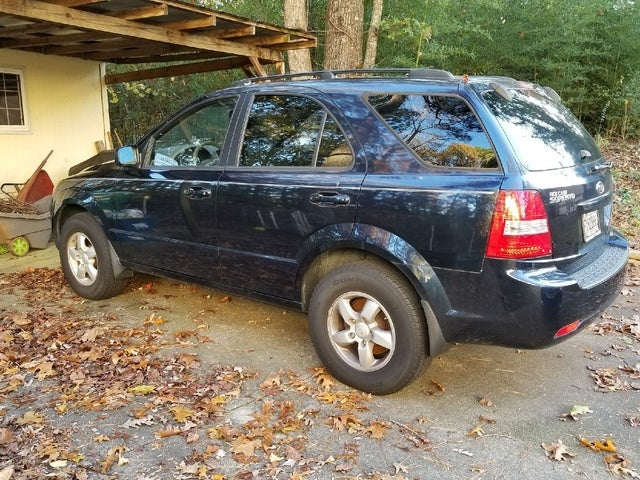 Powerful engines and impressive towing capacity coupled with plenty of room for both passengers and cargo make the 2009 Kia Sorento a good value for the money.

The '09 Sorento's transmission and suspension both operate with the elegance of your drunken uncle hitting on the cousin he’s not “technically” related to at Christmas dinner.

While certainly a good value for the price, consumers are becoming increasingly intolerant of truck-like handling and clunky transmissions, especially when the latter come with only five gears. Next year’s change to a monocoque chassis should help the handling, if Kia pays due attention to the suspension, so let’s hope there’s a more capable six-speed transmission in the future as well.

Now’s your chance to grab a copy of the last ladder-frame-equipped Sorento, as 2009 is the last year Kia will produce such a vehicle. 2010 will see Kia’s midsize five-seat SUV switch to a monocoque chassis, another casualty of the car-based SUV trend. Three trim levels are offered - Base, LX, and EX - with two V6 engines and a single five-speed automatic transmission. The Sorento can be configured with rear-wheel drive or one of two different four-wheel-drive setups, both of which have a low-range gear for off-roading. 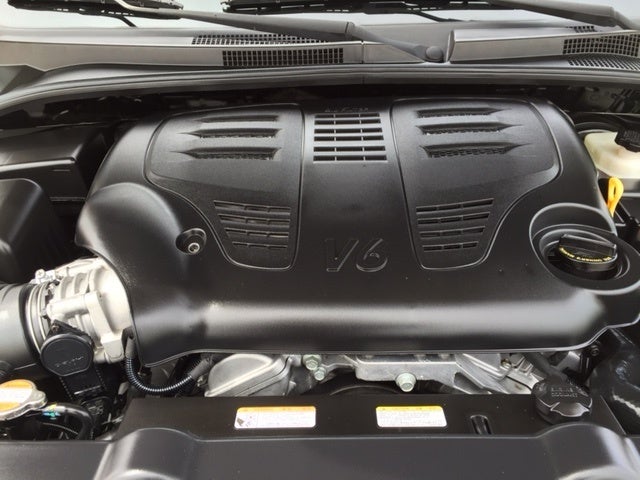 Base and LX trims are powered by a 242-hp, 3.3-liter V6 that provides a maximum towing capacity of 3,500 pounds. The top-tier EX gets a 262-hp, 3.6-liter V6 good for a 5,000-pound maximum towing capacity. Both engines come with a standard five-speed automatic, the only transmission offered. Fuel economy is unimpressive with either engine, even considering the class - the 3.3-liter gets 16/22 mpg, and the 3.6-liter gets 15/20. Base and LX trims are available with 2WD or 4WD, but the 4WD system cannot be left engaged on dry pavement. EX trims can be outfitted with the Torque-On-Demand 4WD system, however, which can be run on dry pavement.

The 3.3-liter engine has adequate power for most situations, although seems strained in full-throttle passing and climbing situations, partially due to the transmission’s lack of elegance in choosing gears. The 3.6, however, makes good use of its extra 20 horsepower, but you’ll hear it too. That’s not a good thing, either.

On the one hand, what do you expect from a Korean ladder-framed SUV that costs well under thirty grand, even fully equipped? On the other hand, you do expect more than this. Things are fine when you’re going straight on smooth roads, but if you have any ideas about turning or driving on something other than cleaved marble, hold on. Small imperfections send shudders through the frame, and larger bumps keep you reeling as the front and rear suspension pitch and yaw to accommodate the change.

While grip is adequate, body lean in corners exceeds even the class average, an already notoriously low bar.

The Sorento has received high marks from reviewers and owners with regard to its gauges, dials, controls, comfort, fit, and finish. Gauges and controls are noted as intuitively placed, easy to reach, and easy to read. The one complaint heard regards the manual climate control system, whose controls seem overly complicated, but the optional automatic system overcomes this difficulty.

Room is ample in front and back, although rear seating should be limited to two adults for anything longer than short trips, despite advertisement to the contrary. Entry is easy, although the relaxed seating can make exit from the rear a bit difficult.

NHTSA scores were impressive, with all but rollover and rollover resistance earning top marks. Scores for those categories came in at four and three stars, respectively. The IIHS, however, has given the Sorento a Poor rating for side impacts. Standard safety equipment for the Sorento starts with front and full-length side curtain airbags as well as knee airbags, traction and stability control, four wheel disc brakes, and a fuel-tank skid plate.

While owners are pleased with the value of the Sorento as well as its larger engine and towing capacity, the transmission’s poor performance and suspension’s inability to absorb anything but the smallest bumps with any sort of elegance have hurt this SUV’s reputation.

Users ranked 2009 Kia Sorento against other cars which they drove/owned. Each ranking was based on 9 categories. Here is the summary of top rankings.

Have you driven a 2009 Kia Sorento?
Rank This Car

Changed battery in Key Fob. Do I need to do something to make it work.

342 views with 2 answers (last answer about a year ago)

How Do I Change Spark Plugs On 2009 Kia Sorento

393 views with 2 answers (last answer about a year ago)

Lost AC/heat/defroster blower, wipers and window washer all at once. Seem to be connected but can not find out what to replace

If The Battery Dies. Will It Cause The Car To Stop Running Or Loss Of Po...