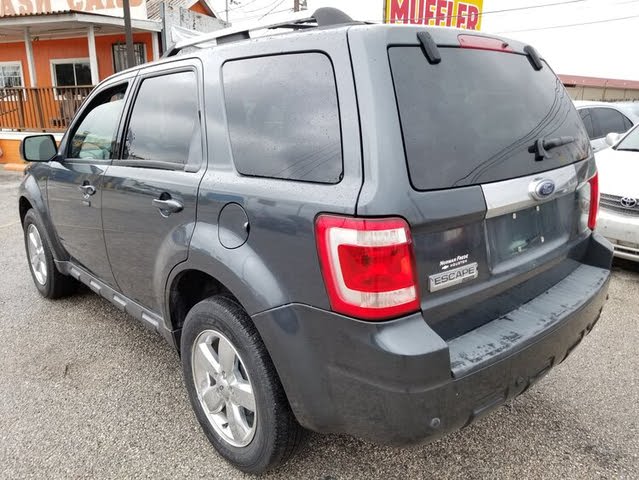 Suspension, braking, transmission, and interior revamps coupled with bigger engines spell a much better Escape for 2009.

With an MPG rating that was already the best in the SUV market, this year’s improvements in both performance and efficiency are hard to argue with. That said, with a redesign last year and this many improvements for 2009, many 2008 owners are feeling a bit jilted. If you’re looking for an Escape, wait until the 2009s show up.

With more power, better gas mileage, an improved suspension, and a redesigned interior, the 2009 Ford Escape may just be more of everything we’re looking for. With improvements across the board, including drastic refinements to the chassis, both available engines, and a brand-new transmission, this is the revamp the Escape needed, but didn’t get, in 2008.

On the outside, look for a full front spoiler and rear tire spoilers that Ford claims improve gas mileage by almost 4 mpg at 70 mph, and when you do need to stop for gas, the Escape now sports Ford’s “cap-less fueling technology,” sure to save you precious seconds at the pump. And finally a new Limited trim makes its debut. 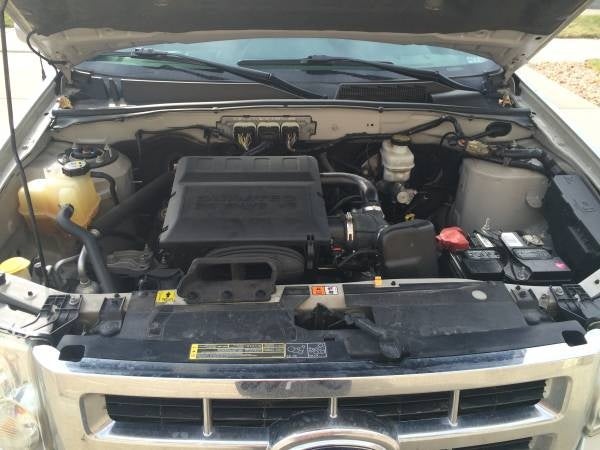 The 2.3-liter four cylinder that was the base engine in previous model years has been bored to 2.5-liters, stroked, given intelligent variable valve timing, and now uses the Atkinson combustion cycle for an increase from 153 to 171 horsepower. This came a little too close to the 200-hp rating of the 3.0-liter V6, so that engine gets new cylinder heads, injectors, intake and exhaust camshafts, manifolds, and pistons, not to mention a compression ratio increase to 10.3:1, to shake loose an extra 40 hp that were hidden inside. Also, the 2.5 is now available in all trim levels.

Mating these engines to Ford’s all-new front-wheel-drive 6-speed 6F35 automatic transmission actually results in an increase in gas mileage, despite the increased power. Whether in the four or the six, look for 1 extra mile per gallon over the 2008. Fuel economy goes as low as 17/24 for a 4WD automatic-equipped V6 and as high as 22/28 for a FWD manual I4.

Test drives have revealed that new Escapes no longer hunt for gears, which was noticed in previous years and a major bone of contention among owners. Other notable features for the new transmission include flat-tow capability and a specially blended transmission fluid that Ford claims will last the life of the gearbox.

Perhaps the best improvements for 2009 appear in the handling of the Escape, which benefits from an 18.5-inch rear anti-roll bar, as well as added reinforcements of the A-pillars, frame rails, and cross members. Body roll is almost imperceptible, and overall the 2009 is silent and solid when compared with previous years.

While all these improvements do make for a much better overall ride, the Escape does not handle like a car, and potential buyers should take into consideration the kind of driving they plan to do in an SUV.

Some of the most positive comments on the Escape have come in regard to its revamped interior, where plastic materials in the cabin have been made more attractive in the XLS, XLT, and Limited trims.

Ford's SYNC Communication and Entertainment System, optional on the XLT and standard on the Limited, has been rated as the best in the industry by some reviewers, and is also available as part of the optional Sun & SYNC Value Package, which adds a power sunroof to the XLT.

Optional on the Limited is the Moon & Tune package, which adds a moonroof and a premium 320-watt, 6-CD sound system. Also optional on the XLT and Limited is a Leather Comfort Package, which adds leather-trimmed seats and a 6-way power driver’s seat along with ambient lighting. If that’s still not enough, the Limited has a final option of a Limited Luxury Package, which includes a Dual-Zone Electronic Automatic Temperature Control System, heated front seats, heated exterior mirrors, Reverse Sensing System, and the aforementioned sound system.

Six standard airbags - front, side impact and side curtain - provide crash protection from a multitude of angles, and the Escape also features traction and stability control. A low pressure tire warning system is standard as well.

Both the NHTSA and the IIHS have rated the 2009 Escape 5 stars across the board, and the IIHS has also named the Escape a "Top Safety Pick," both substantial improvements over the 2008 version.

The Escape's interior revamp has been extremely well-received, with the SYNC system winning particular praise for its look and functionality. Both handling and performance are mentioned as noticeable improvements over the 2008’s.

With the 2009 so much better than the 2008, many who bought an Escape last year are feeling a bit of buyer’s remorse and wish they'd waited.

unhappycamper1too Dealer 'fixed' 2 recalls. I got it back and the radio/cd player wasn't working. They told me it had nothing to do with what they had done. Then battery died at work 18 hours later. Replaced battery didn't solve radio problem. checked fuses, all good. Long start now. Alternator next.

GuruB8KRS How do you Engage the "4" wheel drive on the XLT version?

Have you driven a 2009 Ford Escape?
Rank This Car

Battery Light Comes On And Stays On.

I Have a 2009 Ford Escape V6 and had the battery replaced last year. Two weeks ago i started seeing the battery light come on and off. I searched for a solution on the net and found a way to check t...

My 2009 Ford Escape Is Blowing The Starter Fuse Everytime I Try To Start It...

i can locate the 4*4 in the ford escape

I got pulled over the other evening because my tail lights were out, although my headlights were on. I'm sure it's a simple fuse issue, so I don't want to bother going to the dealer. I've misplaced my...

Why Does The Change Oil Light Comes On After 2000 Miles?

change oil light comes on after 2000 miles. this is the third time it has happened. oil level is fine and I use fram oil filters. It shows 10% life left on oil. vehicle has 40K miles and i've had it...

57 views with 2 answers (last answer about a year ago)