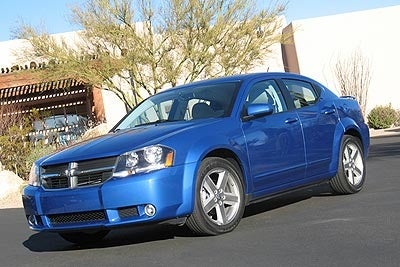 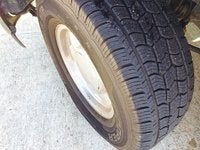 The 2009 Dodge Avenger packs a boatload of features into its midsize frame, which, combined with its good looks and reasonable fuel economy, equal a carload of value.

Handling issues and interior quality as well as engine noise and a disappointing six-speed automatic transmission keep the ’09 Avenger trailing many of its competitors.

As long as owners understand that the 2009 Dodge Avenger aims at value and style, they won’t regret their choice. Chrysler’s best-in-the-business Lifetime Powertrain Limited Warranty provides a lot of peace of mind.

The first thing that hits you when approaching the 2009 Dodge Avenger is that somebody managed to shrink a Charger, which certainly isn’t a bad thing. The Avenger isn’t shy about its somewhat retro styling, its sizable headlights, bold, cross-piece grille, bulging wheel arches, and wide stance.

Re-introduced in 2008 to replace the Stratus and sharing the Chrysler Sebring's platform, the ’09 Avenger is a four-door family sedan that’s delivered in three trim levels, the base SE, SXT, and high-end R/T. As its only significant change for ’09, Dodge dropped the Avenger R/T all-wheel-drive trim, and all trims are presently offered solely in the front-wheel-drive (FWD) configuration.

Though a contender for Motor Trend’s Car Of The Year, the Avenger was up against the likes of the Chevy Malibu, Toyota Camry, and Honda Accord, and it just isn’t up to that sort of competition. Reviewers and owners, however, give the ’09 Avenger high marks for value in its class. 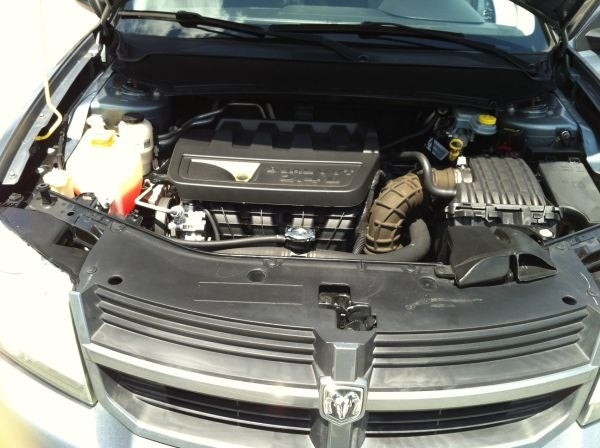 The base 2.4-liter, 16-valve inline four (I4) with a four-speed automatic transmission is standard on Avenger’s SE and SXT trims. This combination puts out 173 hp and 166 lb-ft of torque and gets an EPA-estimated 21/30 mpg. Reviewers find that the I4 needs a lot of passing and merging space, but handles downtown driving pretty well and its fuel economy is a plus.

A 2.7-liter Flex Fuel (ethanol-capable) V6 with the four-speed automatic is an option for the SXT. This engine delivers 189 hp and 191 lb-ft with the EPA estimating 19/27. One professional reviewer found the 2.7-liter engine only marginally better than the I4 in all driving conditions.

The Avenger R/T is equipped with a 3.5-liter V6 that reviewers find more than adequately powerful, but the R/T's standard six-speed AutoStick transmission displays an annoying and unacceptably noisy and clunky delay when downshifting. Dodge recommends drivers use 89-octane fuel with the 3.5-liter V6, which gets an estimated 13/26.

Almost all professional reviewers of the 2009 Avenger found its handling characteristics well below the competition's, with considerable corner roll, loosey-goosey steering characteristics, and a serious deficiency of suspension refinement, resulting in not inconsiderable squeaking and moaning on bumpy road surfaces. Avenger’s SE trim was the culprit singled out most frequently for these complaints, and though no trim was especially impressive, one reviewer finds the Avenger SXT to have the best overall ride, while another finds the R/T better, but still not great.

Though reviewers mention the R/T gets touted as a “sport” trim, none find its handling especially sporty. One professional reviewer did find the R/T's road feel and grip better than the SE or SXT due to its stiffer suspension and firmer steering. 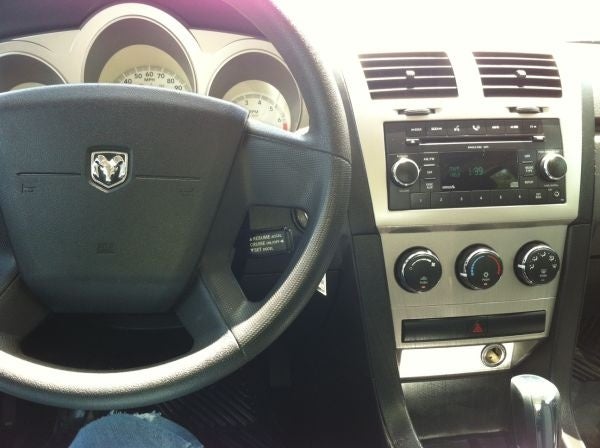 Though many reviewers and some owners feel cabin quality and materials could be better, most consider the gauges large and easy to read. Controls are, for the most part, well-marked and easily accessible. Many reviewers feel the number of standard features offered with the 2009 Avenger is a major contributor to its overall value.

Options for the ’09 Avenger include a power sunroof, universal garage door opener, the MyGIG infotainment system with GPS navigation, a 20GB hard drive for MP3 storage and Sirius Traffic service, heated seats, remote start, and, for the SXT trim, the 2.7-liter V6 with four-speed automatic transmission.

The National Highway Traffic and Safety Administration (NHTSA) has given the ’09 Dodge Avenger five stars in front and side impact crash tests.

Most owners and drivers of the 2009 Dodge Avenger are well aware of the vehicle’s shortcomings, but have been won over by its looks and its value.

Braking issues have been noted by a few owners, as have disappointing interior materials, shifting, and less-than-ideal handling characteristics (though one owner lauded the Avenger R/T as “fun” to drive). Its noisy I4 has also annoyed some owners, and a noticeable blind spot was mentioned as problematic.

Drivers are pleased, however, with the ’09 Avenger’s styling, roominess, and most especially the number of standard features it includes. Owners and drivers have also praised the Avenger’s acceleration, specifically with the 2.7-liter V6, and the gas mileage they get with the 2.7-liter V6 and the 2.4-liter I4 engines.

Chrysler’s Lifetime Powertrain Limited Warranty, available on all Chrysler, Jeep, and Dodge vehicles, is another plus mentioned by Avenger owners.

Have you driven a 2009 Dodge Avenger?
Rank This Car

CAR DIES WHILE DRIVING OR CRANKING. PRESSURE BOTTOMS OUT AND IT DIES

I HAVE A 2009 DODGE AVENGER SXT. AT TIMES WHEN I TRY TO CRANK IT IT'LL SPUTTERS AND LOSES PRESSURE, AND PRESSING THE GAS MAKES IT WORSE AND IT DIES. IT'LL EVEN DIE WHILE I'M RIDING DOWN THE ROAD....

Car started before the timing chain was replaced but now after a new timing chain install the car won't start now.

What Is The Correct Rpm At 75 Mph

Why Is Horn Not Working At All . When Pressed Or When Using Key Fob?

what number is the horn fuse , relay , switch under on a 2009 dodge avenger set fwd 2.4 liter. Not listed in manuel, Googled it , no luck, auto part stores , no luck.