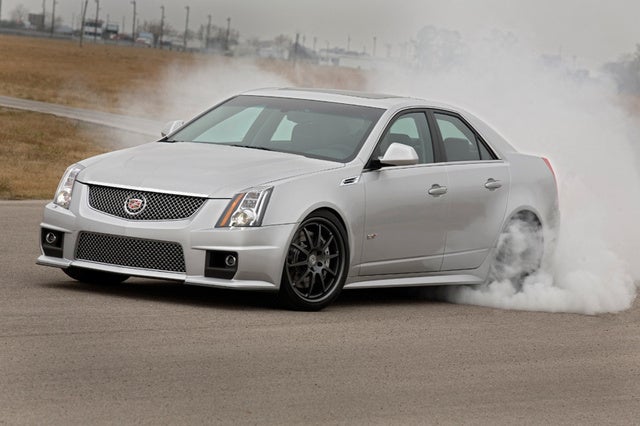 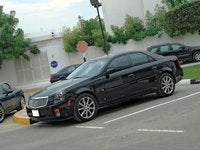 CarGurus has 4 nationwide STS-V listings and the tools to find you a great deal.

After a bold and aggressive redesign in 2008, the 2009 Cadillac STS-V forgoes any significant changes this year. The sports version of the STS sedan, the STS-V amps everything up with its own sport kit and a supercharged 469-hp, 4.4-liter Northstar V8 engine. Paired with a 6-speed shiftable hydramatic, the powerplant delivers 439 lb-ft of torque and impressively hits 0-60 in less than 5 seconds. The ride is anything but sedate, but be prepared to empty your wallet, as the STS-V requires premium gas.

Larger shocks and springs, Brembo brakes, a stiffer sport suspension, and a combination of 18- and 19-inch wheels in front and back deliver sharper handling and a more tangible driver interaction behind the wheel, though the extra stiffness does register more bumps and jolts in the road. The engine sits lower than in the regular sedan, creating a lower center of gravity for the STS-V, which helps stabilize it when cornering.

The 2009 STS-V comes fully equipped with many of the technological features offered as options on the regular STS sedan, including intelligent cruise control, Intellibeam, and a lane departure warning system. A blind spot alert helps with the poor rear visibility caused by thick roof pillars, rear headrests, and small side mirrors. Dual front-side and side curtain airbags, traction and stability control, and ABS brakes lead to four-star frontal impact ratings and five-star side impact and rollover ratings. Optional Magnetic Ride Control adjusts the suspension for optimal stability, while Active Steering automatically turns into a skid when it senses a loss of traction.

To distinguish itself from the regular sedan, the 2009 STS-V sports its own wire mesh grille, a lip spoiler, more chrome, and 10-spoke wheels. It comes with all the accouterments of the luxury STS, including keyless start and entry, power front seats, leather upholstery and wood trim, a 6-CD player with surround sound, a navigation system, and power tilt and telescopic steering. Rear seats do not fold, although they feature a pass-through to the rather small 14-cubic-foot trunk.

Have you driven a 2009 Cadillac STS-V?
Rank This Car

CarGurus has 4 nationwide STS-V listings and the tools to find you a great deal.

How Do I Arrange To Transport A Car?

My Cadillac Was Working Ytdy And Today Can't Start, The Battery Was 14.7 Vo...