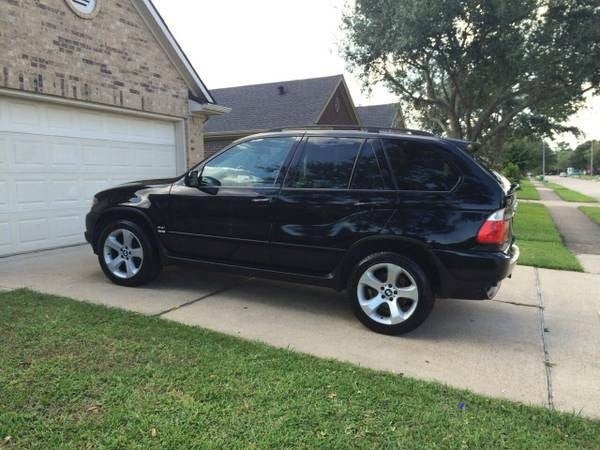 Inclusion in the IIHS’s Top Safety Performers list couples with a car-like ride and a phenomenal engine to make 2009 a great year for BMW's X5.

A logical paradox of a third row, an unnecessarily complex navigation system, and a too-harsh sport suspension are all options best avoided for the X5 in 2009. 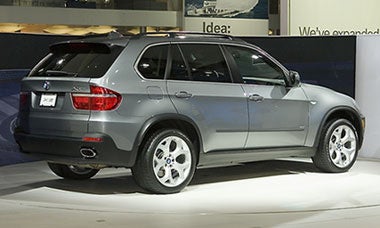 The X5 is a competent, if expensive, entry into the midsize SUV market. Ditch its optional navigation system, third row, and sport suspension, as well as the sunroof if you’re taller than 6 feet, and you’ll have an incredibly versatile vehicle. Go for the V8 as well - its extra power is well worth the negligible loss of fuel efficiency.

Don’t be confused - the X5 has simply received new trim level designations for 2009, now referred to as the xDrive30i and xDrive48i, respectively. Seating up to seven and propelled by two engine options through BMW’s xDrive AWD system, the X5 is BMW’s larger of two midsize SUV entries.

First sold in 1999, the X5 was one of the first true “crossover” vehicles, with an SUV design atop a car platform, rather than a truck frame. With a 6,000-pound maximum towing capacity and a ride that feels more like a luxury sedan than a luxury SUV, the X5 does a competent job of serving two masters. 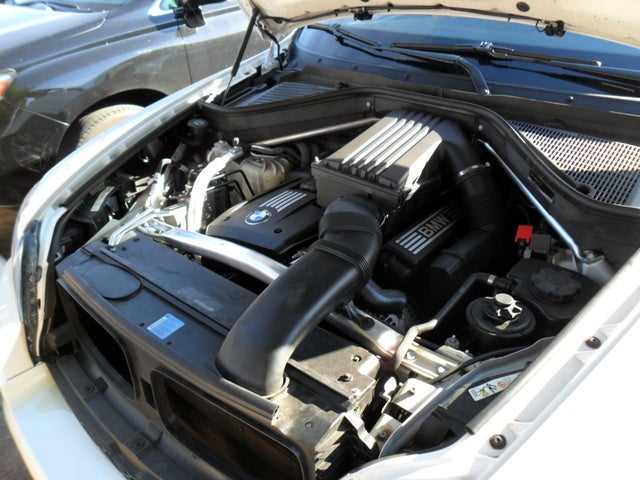 The two trim levels of the X5, the xDrive30i and the xDrive48i, each sport a unique engine. For the xDrive30i, formerly the 3.0si, a 260-hp, 3.0-liter inline six moves things along with a maximum towing capacity of 3,500 pounds. The xDrive48i receives a 4.8-liter V8 with 350 hp and a 6,000-pound maximum towing capacity. While both vehicles come with a six-speed automatic transmission, they don’t seem to suffer from the same chunkiness and reluctance that has plagued the X3’s automatic of late. Power is sufficient in most situations, excepting hauling and passing with the inline six, and some have complained of uneven throttle response with the V8.

EPA estimates are reported at 15/21 mpg for the 3.0-liter and 14/19 for the 4.8, a small sacrifice for the bigger engine's extra power and utility. Both engines require premium-grade fuel, according to BMW.

In the X5's case, more is not necessarily better. With the standard suspension, the X5 offers a comfortable ride and is quite capable of handling some slightly aggressive driving with poise. With the sport suspension, that same poise is replaced by an aggression that takes most of the enjoyment of driving away. Suddenly, bumps and ripples you didn’t know were there reverberate through the larger 19-inch wheels and stiffer suspension. It’s not unmanageable, but it seems unnecessary, especially when the standard suspension is so capable, feeling much more like a car than an SUV.

Steering which is pleasantly neutral and responsive at speed becomes shockingly laborious at parking-lot velocities. The Active Steering helps, but still has received criticism for being inconsistent in application. The brakes, however, receive no such complaints, with good grip and a firm pedal feel. 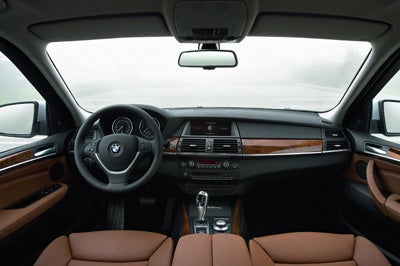 The X5’s interior is an odd mix of right and wrong. There’s plenty of room up front for both heads and legs, but some have found it difficult to enter and exit due to too-small door openings. The optional sunroof intrudes on some drivers’ headspace, and the DVD entertainment system was placed in the most inconvenient of areas, right in the way of your right elbow. The iDrive system thankfully avoids absorbing audio or climate controls, but still complicates everything it does govern, as does the navigation system.

A generally high-quality build has been marred by test vehicles with numerous squeaks and rattles. A curious choice was made with regard to the second seat, which can be adjusted forward and back only in models with the optional third row. This means that X5s without the third row will find legroom in the second row elusive. However, the third row has been found unsuitable for any passengers other than children, and only then with the second row pushed fully forward. Frustrating, to say the least. Also, the third row takes up most of the rear cargo room, unless folded flat, which brings overall cargo volume to 75.2 cubic feet.

Complaints about the 2009 X5 include awkward door and liftgate openings, a too-harsh sport suspension, complicated navigation system, and, of course, the ever-present iDrive complaints. Still, owners are quite impressed with both engines, the standard suspension and overall comfort, although there seems to be quite a bit of disagreement over which seats are most comfortable, the standard or the sport.

Engine Shut Off After Low Oil Pressure Light Came On

i have 09 X5 3.0 and message on the dash is said low oil pressure and I put oil in it then it said oil level ok, but after driving few miles message came back and car turned off. what just happend?

Can I Drive My X5 Bmw Sport Down The Road To Work 15 Miles With Left Air Ba...

Hey. My car wont start. I place the key in the ignition and a symbol of a key shows up on my dash. But when i turn my key, it wont start. And battery is brand new and all charged up. Any help is appre...