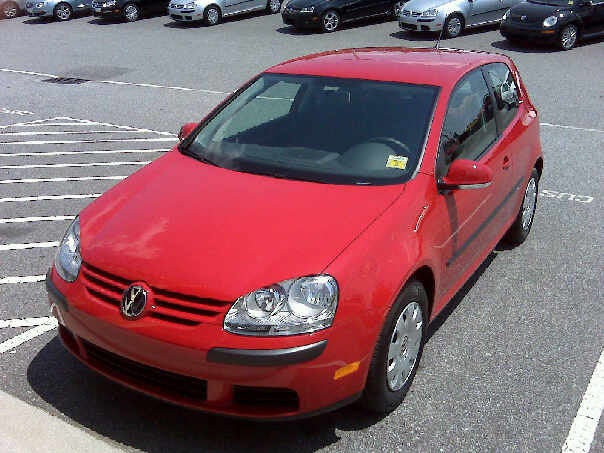 The new Volkswagen Rabbit debuted in 2006 as a badge replacement for the long-running Golf. A few additional features were added for the 2007 model model year, including an MP3 player input and a tire-pressure monitor, but the Rabbit is unchanged for 2008.

Volkswagen will offer two trims: a two- or four-door hatchback. The number of doors will not affect wheelbase, length, or convenience features. A notable difference: The two-door model comes equipped with a CD/MP3 player with an auxiliary input jack, while the four-door Rabbit gets a premium audio system with an in-dash six-disc CD changer. Standard features on both Rabbits include 15-inch wheels, heated mirrors, powered accessories, keyless entry, cruise control, and a 60/40-split folding rear seat. Buyers may add either 16- or 17-inch alloy wheels and an iPod adapter.

Both models house a 2.5-liter inline five-cylinder engine, which generates 170 horsepower and 177 pound-feet of torque. Buyers will choose between a five-speed manual or an optional six-speed automatic transmission. EPA estimates for the Rabbit are 22/30 mpg.

The Rabbit has been praised for a comprehensive list of available safety features (including front seat-mounted side airbags, full-length head curtain airbags, a tire-pressure monitor, and stability control), and high NHTSA crash-test scores. Test drivers also give the Rabbit high marks for instrumentation, ergonomics, and ride quality. A common complaint is the lack of room in the rear quarters.

What's your take on the 2008 Volkswagen Rabbit?

Have you driven a 2008 Volkswagen Rabbit?
Rank This Car

2008 vw 2.5 rabbitt held throttle to the floor for a couple blocks,came to stop and noticed car eas a littlr slugish,next day lights running bad ni power so by just trying anything I shut car o...

Washer Fluid In The Coolant

Hello. Like an idiot I forgot to turn my lights off last night and lost the battery. Someone came gave me a jumpstart but now the light for power steering won't turn off. The light is solid yellow....