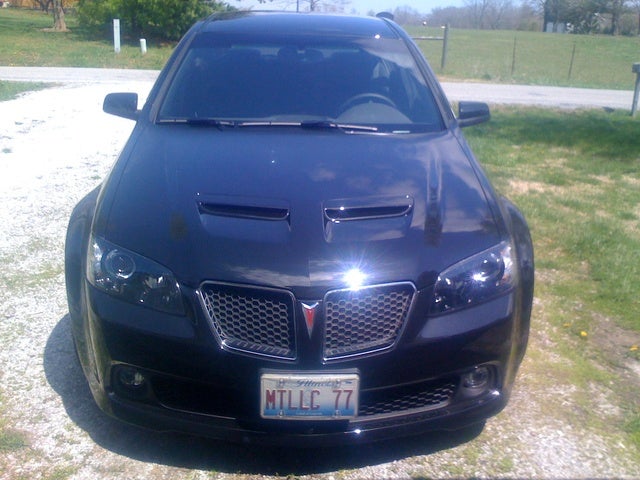 Looking for a Used G8 in your area? 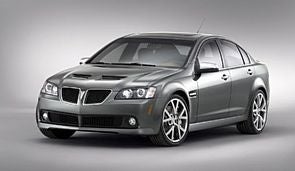 Fresh off its big debut as a concept car at the 2007 Chicago Auto Show, the 2008 Pontiac G8 production vehicle will stray from the concept only in its higher ground clearance and smaller tires. The G8 is built on the new Zeta platform and will replace the Grand Prix, though it is smaller than that car and its direct competitor, the Dodge Charger.

The sports sedan will come in base and high-performance GT trims. The base will feature a 3.6-liter, 261-hp V6 with either a 5-speed automatic or a 6-speed manual. The GT will let you watch others cough in your dust, as it has a 6.0-liter V8 engine that hits 362-hp and comes with a 6-speed automatic or manual. It is also able to disengage four of its cylinders when not in use in order to improve fuel economy. All of the 2008 Pontiac G8s come standard with six airbags, ABS brakes, traction control, and stability control. Power features, including power seats, are also standard. Though both trims sit on 18-inch wheels, a Sports Package upgrades those to 19-inch and adds a spoiler, sport suspension, and 11 speakers (with five people in the car, that's one for each ear, with a spare for the dog).

On the outside of the 2008 G8, the GT features twin functional hood scoops and four exhaust tips, to the base model's twin exhausts. The roofline slope is reminiscent of old fastbacks, giving this sedan a style that hints at Pontiac's return to performance brands.

Looking for a Used G8 in your area?

Why Is My 2008 G8 Is Chugging/sputtering When I Am Driving Down The Highway...

I am currently driving my 2008 g8 down the highway going 60 and it is inconsistently chugging/sputtering. Why is this?

On this G-8 when I excel on the pedal, the right rear side will make a thudding noise that will not be heard again in till I stop and excel again. If I'm stopped and I excel slowly, this thudding nois...

Growling On Startup In Cold Weather

My 2008 Pontiac G8 growls and engine stutters only when I start it in cold weather. I have been told the A/C compressor may be going bad although ac works fine and makes no noise of any kind...i.e. ...