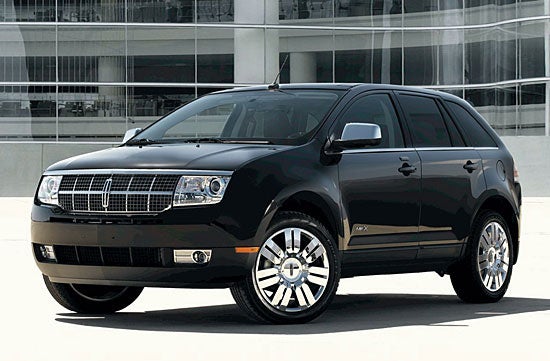 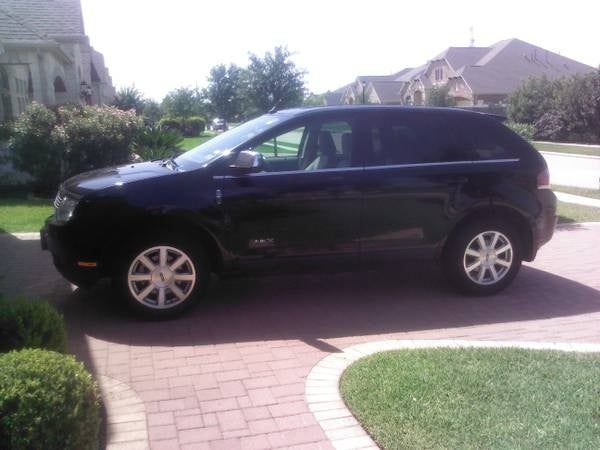 Now in its second year, the 2008 edition of the Lincoln MKX adds more standard features to this already well-endowed luxury crossover. Seating four in a spacious and quiet cabin, the 2008 MKX is available in either front-wheel or all-wheel drive (though the AWD is meant more for rough weather or tricky roads than any true off-roading experience). The 3.5-liter, 265-hp V6 and 6-speed automatic transmission deliver adequate power, but sluggish acceleration for the nearly two-ton crossover. Of course, with the now-standard heated and cooled leather seats and new Lincoln Sync hands-free communication and entertainment system, drivers will probably prefer not to rush through the driving experience, trying to savor every luxurious moment inside the mid-size crossover.

Along with the new heated and cooled seats, the 2008 MKX gets satellite radio and memory settings for the driver's 10-way power seat. Also available are optional 20-inch wheels to replace the standard 18-inch alloys. Features such as dual-zone climate control, a CD/MP3 player with audio input jack, sound insulation, and 40 inches of legroom front and back keep passengers happy and isolated from the outside world. A nice option is the Vista sunroof, which consists of a lengthy sunroof and a rear skylight opening up the cabin. Rear seats split-fold 60/40 to more than double the 32-cubic-foot cargo area to 69 cubic feet, and an optional towing package allows you to haul up to 6,200 pounds. Safety is also considered, and the 2008 Lincoln MKX is fully equipped with ABS brakes, dual front-side and side curtain airbags, a tire monitor, traction control, and stability control with rollover protection. Adaptive headlights and rear parking sensors can be added.

Although it's entering an already overcrowded crossover market, and it's basically a Ford Edge with a Lincoln exterior, the 2008 MKX hopes to steal away customers from the more established Acura MDX or Lexus RX350. It certainly has the interior space, quiet ride, and smooth handling crossover drivers have come to expect, and its growing list of standard high-end equipment earns high marks. But its sluggish power, 16/24 mpg city/highway, lack of a manual mode in the 6-speed, and no low-range gearing to accompany the AWD are downsides that can hinder the overall driving experience.

Users ranked 2008 Lincoln MKX against other cars which they drove/owned. Each ranking was based on 9 categories. Here is the summary of top rankings.

Have you driven a 2008 Lincoln MKX?
Rank This Car

Over Heating W/AC On.

Hey - my 2008 MKX is over-heating when we're in stop and go traffic with the AC on. I crank the heat to keep it from blowin' but that seems short term . . . :) ideas? Replaced the thermostat al...

My wife has had her 2008 MKX 8 months. It's got 20,000 miles and it's front wheel drive with a sunroof. Our problem, I have gone out three times in the last two months to find the front windows down...

Will Cargurus Buy My Car

No acceleration suddenly. While navigating around a parking lot my car suddenly stopped accelerating when I push the gas so I backed it up into a parking space because reverse it was fine. It just...

872 views with 4 answers (last answer about a year ago)

I Think My Driver Side Lumbar Popped?

I just bought a 2008 lincoln mkx 2 days ago. As I was driving down the road, I needed to adjust the lumbar and I heard a pop noise. When I got home I noticed the when u want the lumbar to come out ...

451 views with 3 answers (last answer about a year ago)