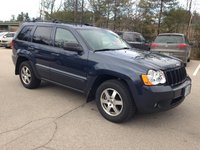 The 2008 Jeep Grand Cherokee is a rugged but comfortable midsize SUV. 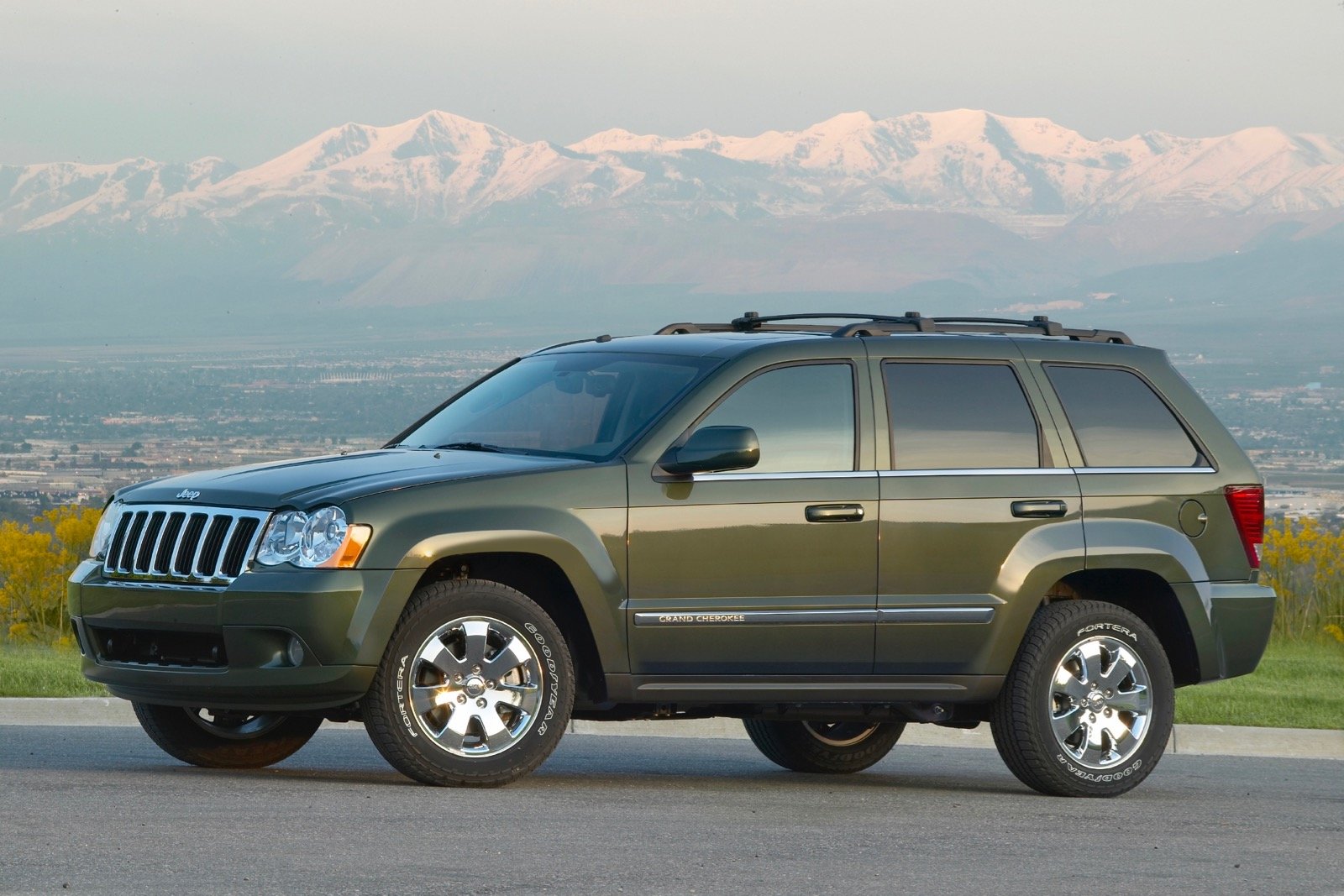 The Jeep Grand Cherokee is one of the most rugged and capable SUVs in its class. Its strong off-road abilities and a long list of available powertrains and options make it a compelling choice, even when compared against competitors in this hotly-contested segment. Buyers that want the capabilities of a Jeep Wrangler and need room for a family will be pleased with the Grand Cherokee's configuration.

For the 2008 model year, the Grand Cherokee gets minor updates that come in the form of new tech features, off-road capability upgrades, and a handful of new safety features. The SUV’s exterior has been lightly revised with a new grille and headlight design.

The Jeep Grand Cherokee is targeted at new-car buyers that want a robust off-roader with the comfort of a family SUV. It competes with the Ford Explorer, Honda Pilot, Toyota Highlander, GMC Envoy, and Nissan Pathfinder. Trim levels include Base, Laredo, Laredo X, Limited, Overland, and SRT8.

The Grand Cherokee is available with a whopping five engine choices, three of which are rowdy V8s. There’s even a torque-rich diesel engine that delivers excellent fuel economy. 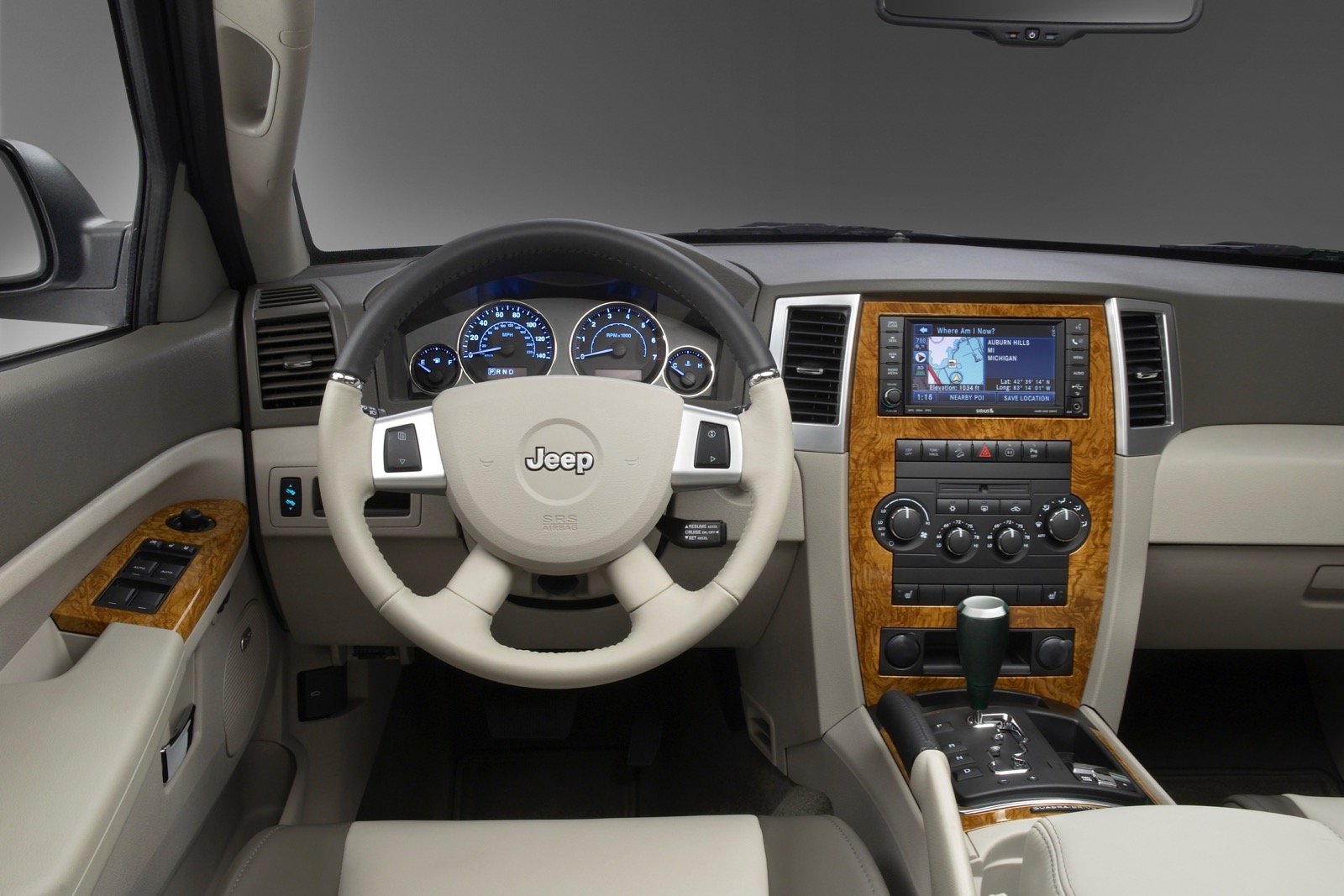 The Grand Cherokee has aged almost as well as a fine wine, but its competition has grown to be more rounded and modern looking over the years. The Jeep's last redesign brought an angular look with long, straight lines and a sharp profile that might be polarizing for some.

Inside, the Jeep’s cabin is simple and laid out intuitively. The updated gauge cluster offers bright LED backlights, and all controls, buttons, and displays are easily visible from nearly any spot in the cabin. Top trims get rich leathers and wood-grain accents that make the Grand Cherokee feel like a near-luxury liner. 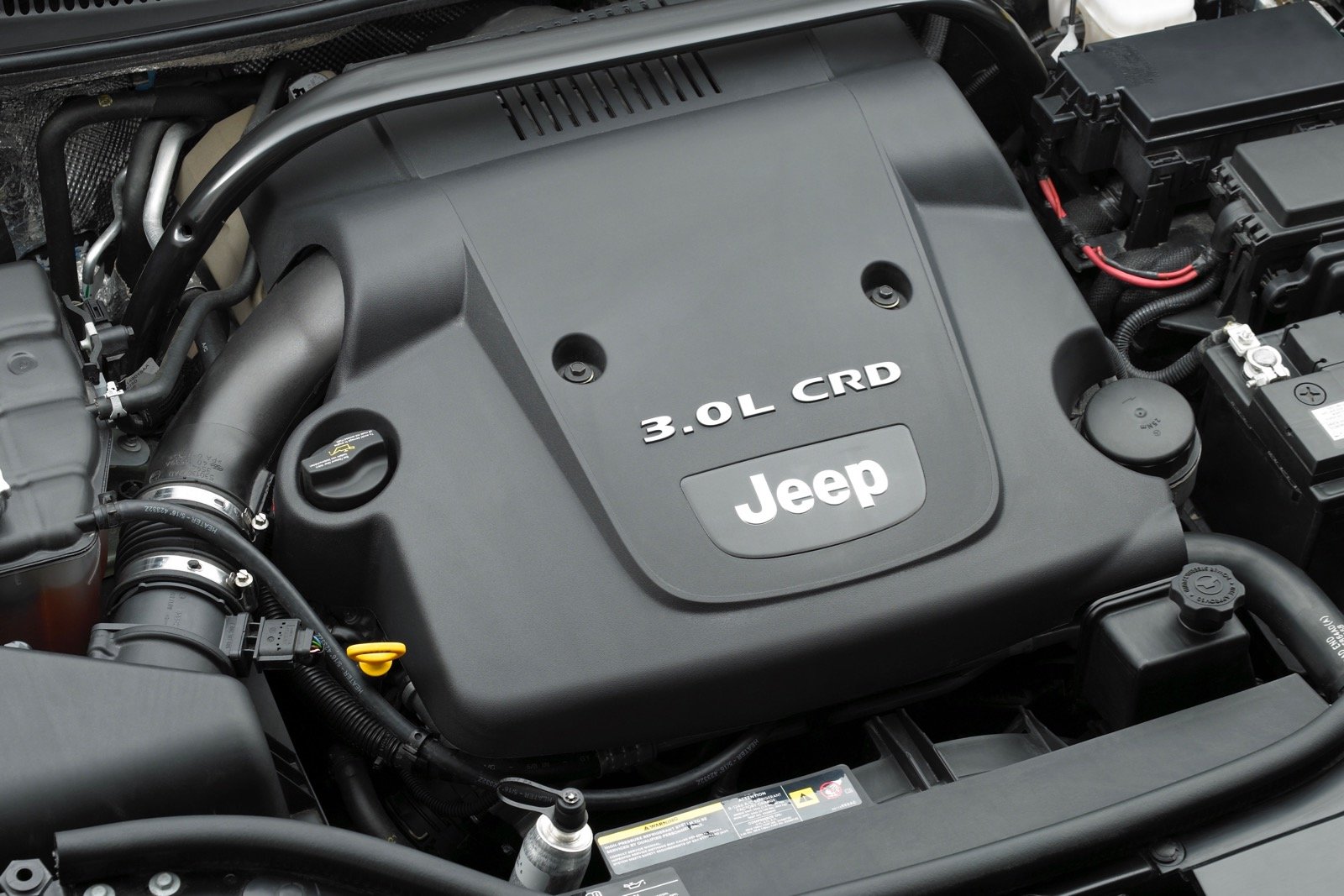 The Jeep Grand Cherokee’s ace in the hole is its breadth of available powertrains. The base 210-hp 3.7-liter V6 engine and five-speed automatic transmission pair well to move around town and hit highway speeds with ease, and when the pavement ends the gasoline engine's decent low-end torque help the Jeep climb over nearly any obstacle. The uprated 305-hp 4.7-liter V8 has been gifted more power and torque than before, while the 330-horsepower 5.7-liter HEMI V8 can feel like overkill at times.

The Grand Cherokee SRT8 performance model takes things even further with its 420-hp HEMI, making for an exhilarating test drive. The SRT8 is not as spry as a Porsche Cayenne, or as smooth as a Land Rover Range Rover, but the Jeep has a rowdy personality that makes it a unique and entertaining ride. The four-wheel-drive system gives it the ability to corner and grip much better than is expected from a vehicle of its size.

On the other end of the spectrum, the Mercedes-sourced diesel engine provides excellent torque and fuel economy.

Handling usually suffers when off-road performance is in the mix, but it’s not all bad for the Grand Cherokee. There’s a bit more body roll than in other SUVs, but nothing to write home about. Towing capacity is strong, reaching upwards of 7,400 pounds in certain configurations. 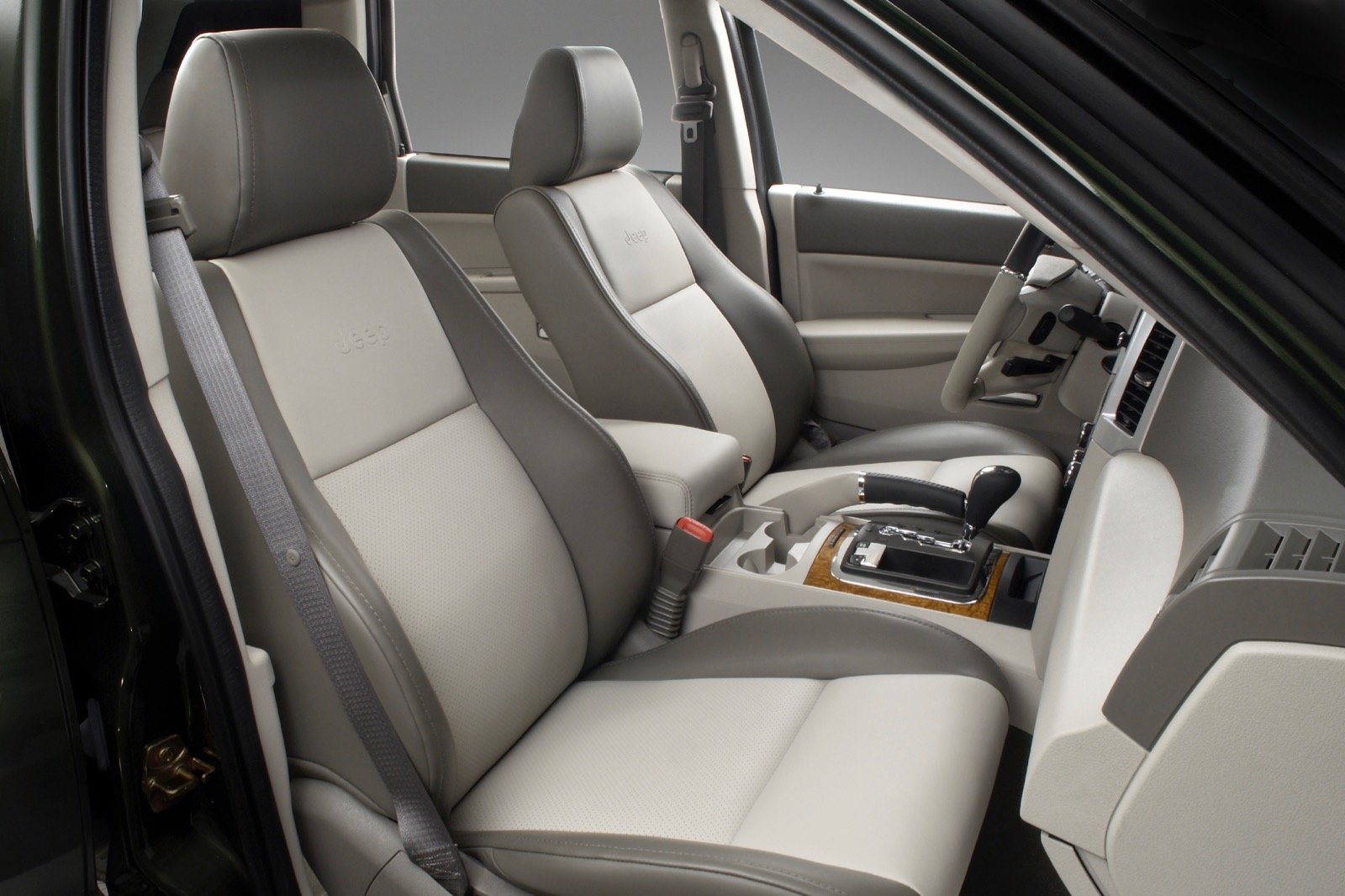 The Jeep Grand Cherokee can do many things well but does have a few notable issues. Its cabin is cramped and is filled with an awkward mix of hard plastics and low-rent materials that are at odds with its price tag. The front seats are wide, deep, and well-cushioned, but some will find them too flat to be comfortable for long rides.

The back seat's legroom is closer to what is found in midsize sedans, not a family SUV, and it’s positioned low to the floor, which can cause knee pain for taller passengers on long trips. As a result, the Grand Cherokee is much better suited for four passengers instead of the advertised five-person seating capacity. The good news is that adding the optional sunroof doesn't destroy the headroom, at least.

The Jeep’s rear doors are large and have a square shape that makes entry and exit much easier. The doors’ size also makes loading and unloading kids much easier. Thanks to the Grand Cherokee’s gently sloped roof, there’s plenty of headroom, which reduces the chances of bumped heads and angry kids.

While there's a lack of small-item storage, the Jeep's cargo area is large enough to carry several suitcases or carry-on-sized bags. 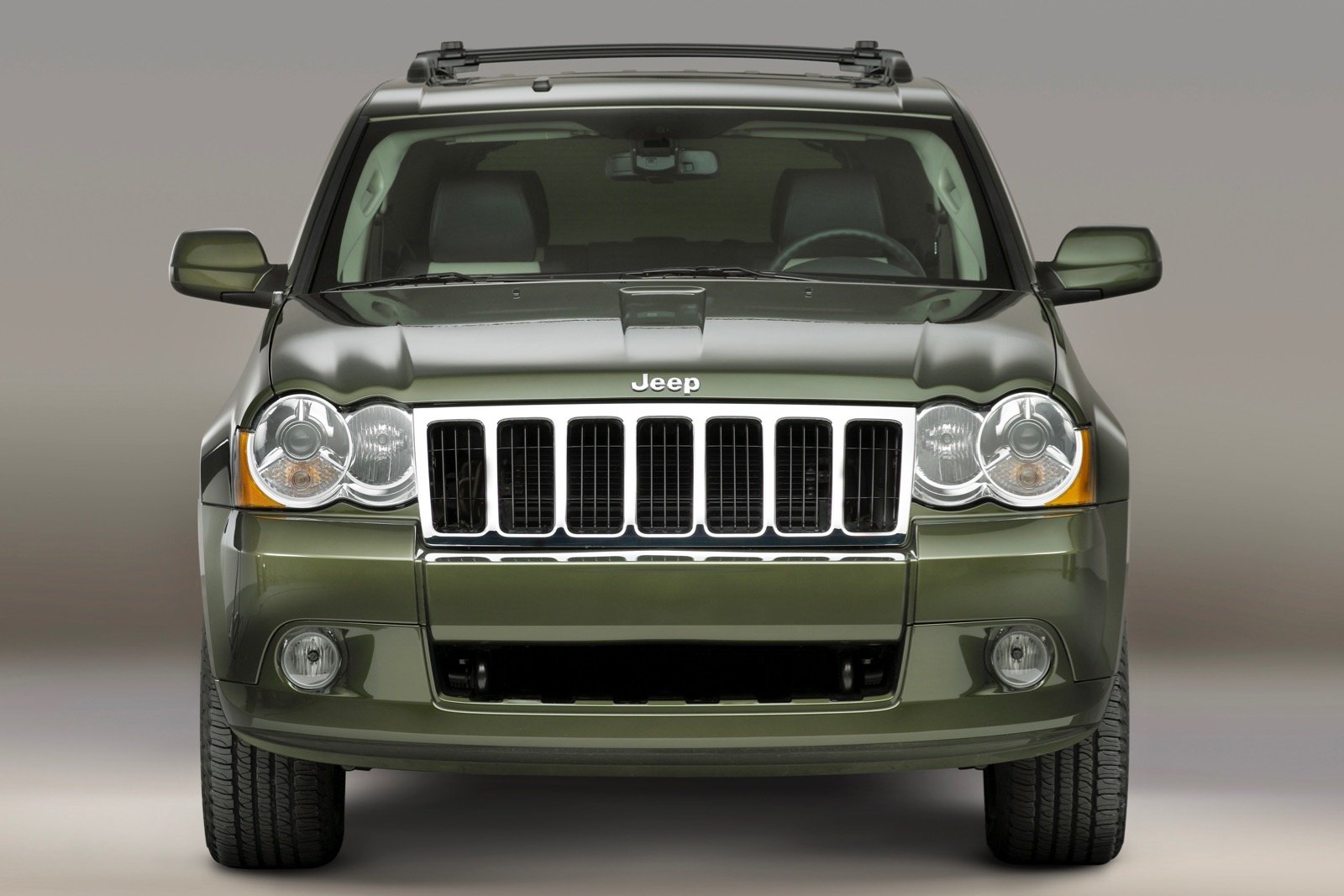 Jeep’s MyGig system, audio, and technology functions are quite intuitive and easy to use when the SUV is in motion. Buttons, controls, and displays are all clearly labeled, making the system simple with almost no learning curve. 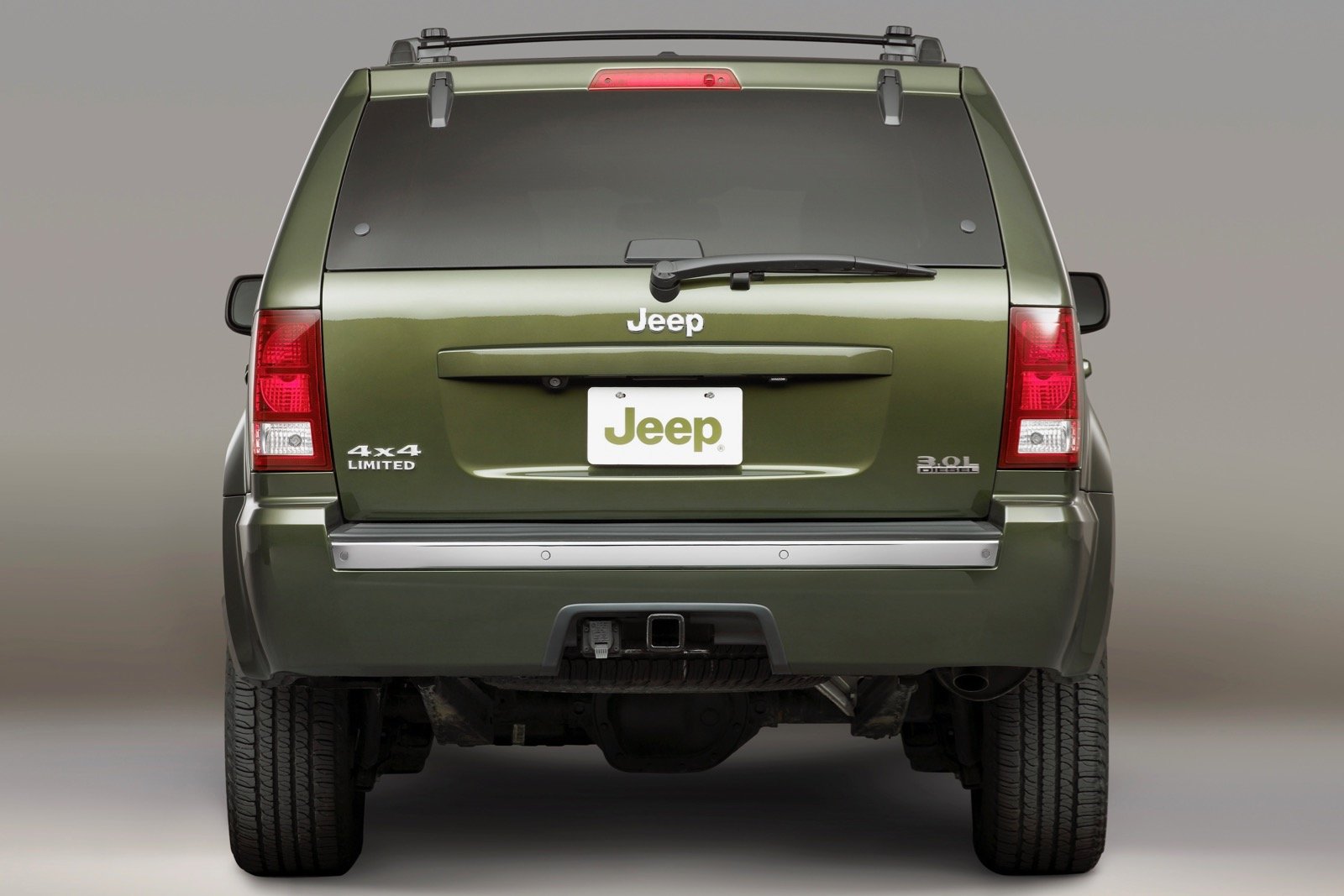 The 2008 Grand Cherokee was awarded the top "good" rating in moderate-overlap front crash testing by the Insurance Institute for Highway Safety (IIHS), and got the same rating for head restraints and seats. The National Highway Traffic Safety Administration (NHTSA) rated the Grand Cherokee five stars in front and side crash tests, and three or four stars for rollover resistance, depending on the drivetrain configuration. That’s not an unusual result for SUVs, due to their higher centers of gravity. 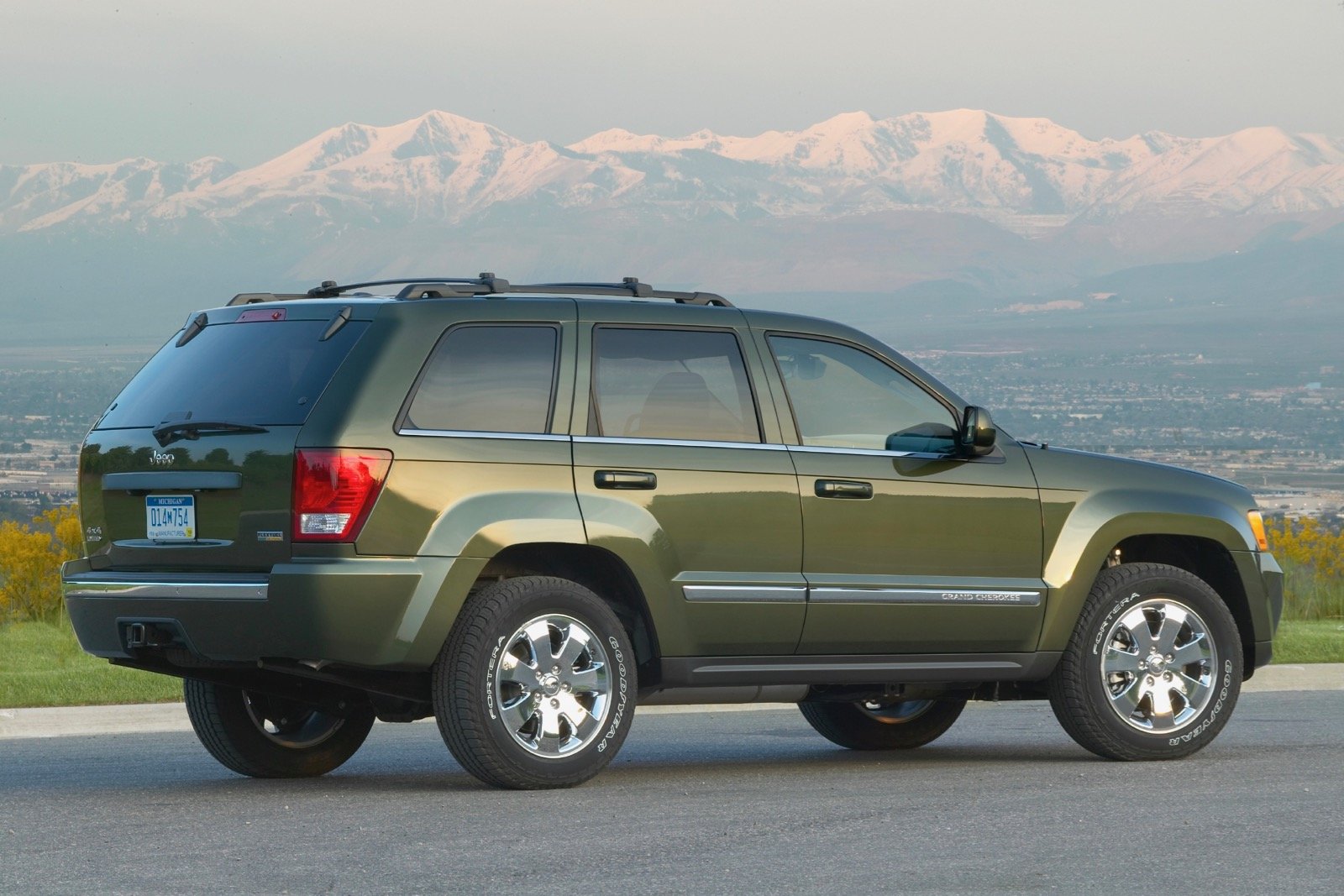 The Grand Cherokee’s starting price of around $30,000 buys a vehicle that is capable and decently equipped, but the competition is fierce. Other SUVs may lack the Jeep’s off-road capabilities, but many offer a longer list of standard features, a more spacious interior, and better fuel economy. The Jeep’s most compelling feature is its enormous list of powertrains and feature choices. Not many other automakers would even consider offering so many configurations, but Jeep does, and it’s the Grand Cherokee’s big selling point.

What's your take on the 2008 Jeep Grand Cherokee?

John Great Vehicle! Thanks again Jeep. This is my 6th Grand Cherokee Limited.

Users ranked 2008 Jeep Grand Cherokee against other cars which they drove/owned. Each ranking was based on 9 categories. Here is the summary of top rankings.

Have you driven a 2008 Jeep Grand Cherokee?
Rank This Car

On my remote start feature, everything works but for only 10 seconds then turns off. Jeep starts fine when I insert the key. What am i missing?

2008 Jeep Grand Cherokee check gauges warning comes on and the coolant gauge is stuck on “C” After I shut off the truck and restart the coolant level is in the center as it should be. What is causi...

My Engine Is Driving Me Craaazy

Hello, I have a 2008 jeep grand cherokee that I bought but the car has been sitting for almost 2yrs before I got it, so its been licking coolant and if I drive its there is this grinding noise that...

My Jeep starts when it wants to, other times it will not start (will not turn over). Had battery, connections and starter checked (starter replaced a year ago).

Jeep has 3.7 with cylinder 2 misfire and popping noise coming from intake I'm guess a backfire? So it sat for a week in cold weather dipping in-25. Moved it on a day of -5 and that's when I first ...