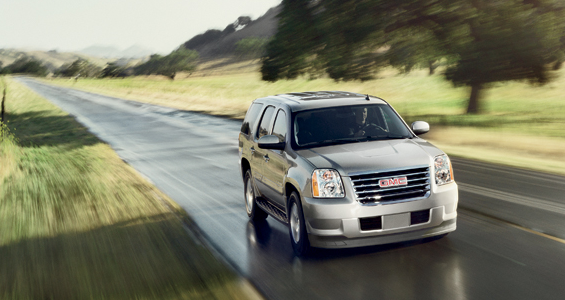 Average user score
4.7 ⁄ 5 stars
Based on 18 reviews
Why Would Anyone Buy Any Other Suv? by Luke — After owning our Denali for 7 years I would highly recommend the GMC Yukon Denali to anyone looking for a TRUE SUV. There is plenty of seating and storage space. The Denali version comes with a ton of... Read more
Yukon Denali by Sheryl — The Denali is a gas guzzler at only 14 mpg so far. It was a gift, so I can't complain. The wood trim could be nicer inside. I also think since the steering wheel is heated, it should be cooled. The se... Read more
Its More Than Great If I Had Money I Will Upgrade It by Dawood — hmmmmmmmm the yukon denali is like an sport car but in wrong body it has 440 HP here in qatar becuz the petrol we have is 98 octane , and from how it looks it acuatlly looks great and beautiful , int... Read more 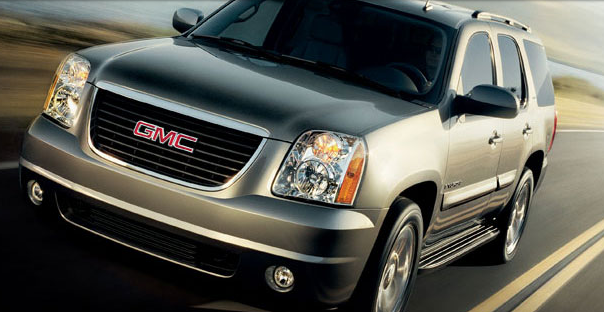 The 2008 GMC Yukon made headlines with General Motors' announcement that the beefy full-size SUV would be available for the first time in a hybrid version. That two-mode hybrid-drive model will ship to dealers late in 2007; it's touted as offering a 25% improvement in fuel efficiency, as well as reduced hydrocarbon emissions.

Apart from that innovation, the '08 Yukon continues basically unchanged from the 2007 version. And why should GM tinker with a good thing? The 2007 design overhaul, with its stiffer frame, nimbler steering, and more responsive suspension, struck a chord with buyers. If you want a great big wagon, but don't want to have to wrestle it around turns, the 2008 Yukon may be for you. Its power steering has drawn raves from reviewers and drivers alike.

And the '08 Yukon certainly packs a lot of muscle. With a top towing capacity of 7,700 pounds (with optional equipment) and seating for up to nine adults, this is a lot of truck.

GMC offers the 2008 Yukon in four trim levels: The SLE1, with a 4.8-liter, 290-horsepower V8 engine, and the SLE2, with 320 horses under the hood, are comfortably equipped; the SLT1 adds a number of luxury touches to its 320 horsepower and 340 lb.-ft. of torque; and the SLT2 is tricked out with all the bells and whistles imaginable.

When it comes to fuel efficiency, the 2008 Yukon is on par with the other vehicles in its class: 16 mpg city, 22 mpg highway are the EPA's estimates. The Yukon is available right now in E85 ethanol Flex-Fuel configurations, and we'll see how well the hybrid versions perform later this year.

Users ranked 2008 GMC Yukon against other cars which they drove/owned. Each ranking was based on 9 categories. Here is the summary of top rankings.

Have you driven a 2008 GMC Yukon?
Rank This Car

I have a 5.3 Vortec v8 and when my truck sits overnight and I go to start it, it will say engine hot turning ac off, it won’t even start, it only cranks like the fuel trim is disabled. I replaced t...

Yukon Not Cranking Over

My Yukon Denali is not turning over. If i turn my key to the on position all dash gauges work except for the fuel gauge. Then I hear a clicking from around the steering console area. N my gas gauge...

Why Does My 2008 Gmc Yukon Hesitate Whike Driving?

2008 Yukon Rear Lift Gate Will Not Open - Electrical Handle - How To Repair...

rear lift gate will not open; the glass hatch will open w/ key FOB. my key FOB does not have a hatch opener - so you have to open manually by squeezing the handle. but it will not open…. how do you ...