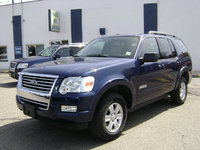 The Ford Explorer brings a compelling mix of comfort, capability, and value to the crowded mid-size SUV segment. 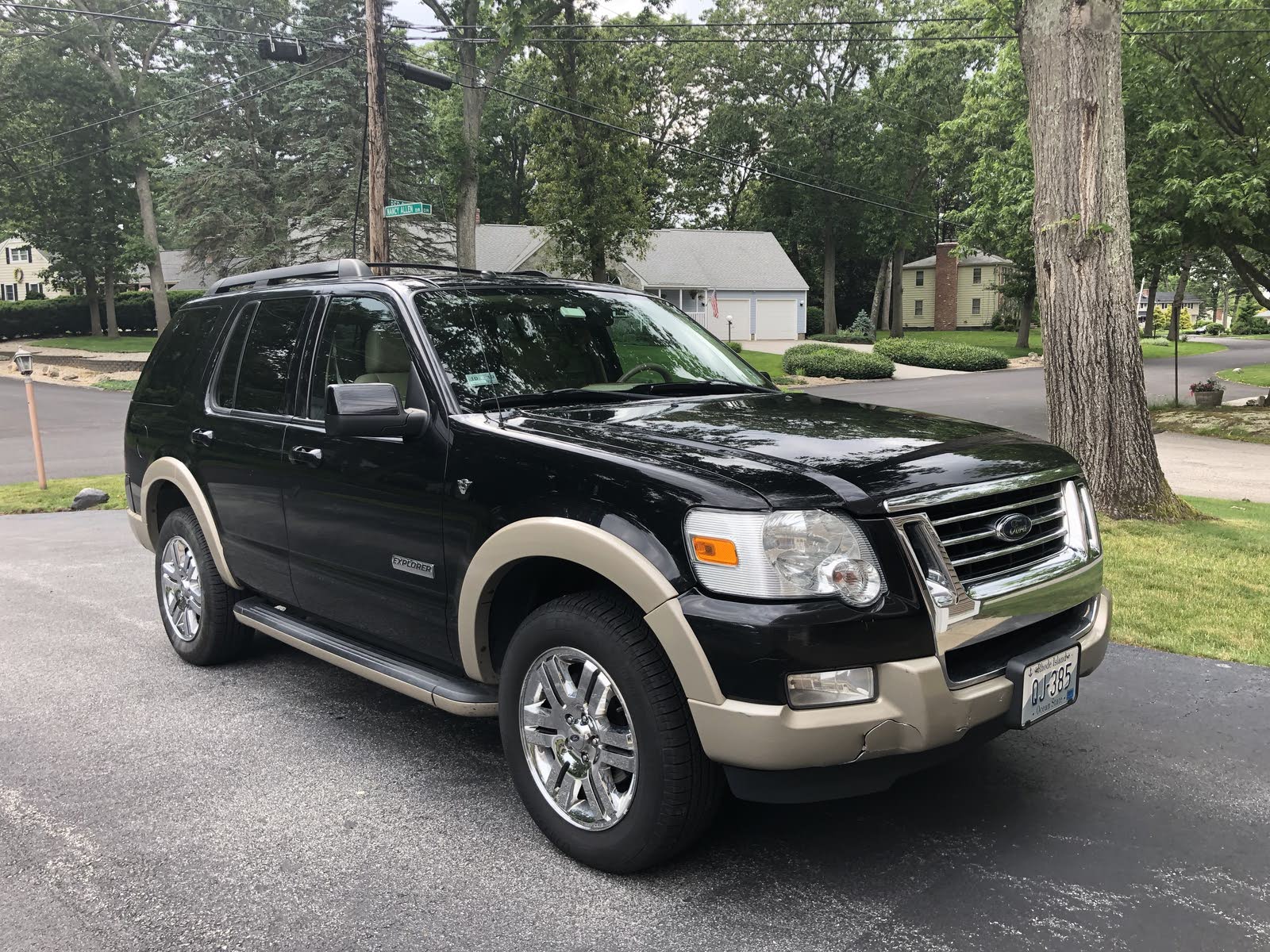 The Ford Explorer was redesigned two years ago, but the updates were significant enough to keep the pioneering SUV competitive against a crowded field for the 2008 model year. Though it’s no longer the best-selling SUV in the U.S. – that title has been taken over by smaller crossovers – the Ford has capability that can’t be argued with. The Explorer’s towing abilities and long list of available options should put it on the radar for almost any SUV shopper.

The 2008 Explorer is offered in three trims: XLT, Eddie Bauer, and Limited. Each is available with either two- or four-wheel drive. Two engines are available: a 210-hp 4.0-liter V6 or a 292 4.6-liter V8. Either a five-speed or six-speed automatic are available.

The Explorer’s rivals include the Jeep Grand Cherokee, Toyota 4Runner, Nissan Pathfinder, and Chevrolet Trailblazer. The Explorer is aimed at new car buyers that want the space and capability that a body-on-frame SUV brings, without giving up comfort and a confident ride. A smaller, unibody vehicle like the Ford Edge will provide an even smoother ride and better handling but can’t come close to matching the Explorer’s ability to tow. 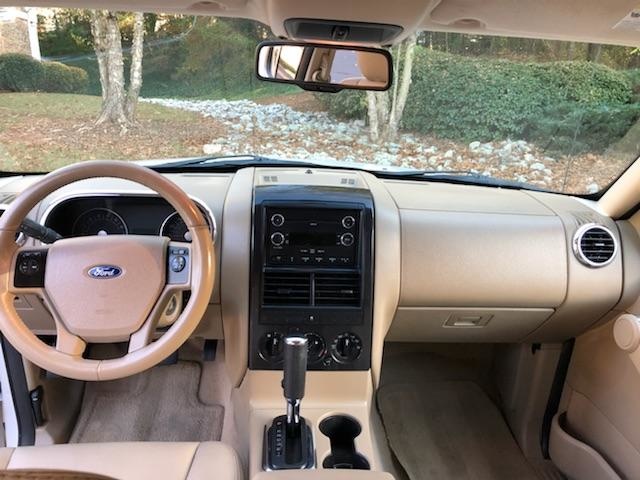 The Explorer has become friendlier-looking over the years, gaining a modern, rounded, yet muscular appearance that fits its role as a family- and boat-hauling SUV. The front end looks a bit like a smaller F-150, though there’s enough chrome and upscale touches to make the Explorer look a little like a luxury SUV instead of a rough-and-tumble pickup truck.

Inside, the Explorer is expansive but well-organized and with smart styling. The large center stack is heavy on buttons and controls, but everything is laid out in such a way as to be intuitive and easy to use. The front seats are wide but well-padded and are spaced nicely by a large center console. There are more cheap-feeling plastics than is expected at this price point, but Ford has done a solid job of hiding most of them in places that are infrequently seen and touched. The rear seat is simple and clean, but a solid mix of expensive feeling materials make the space feel special. 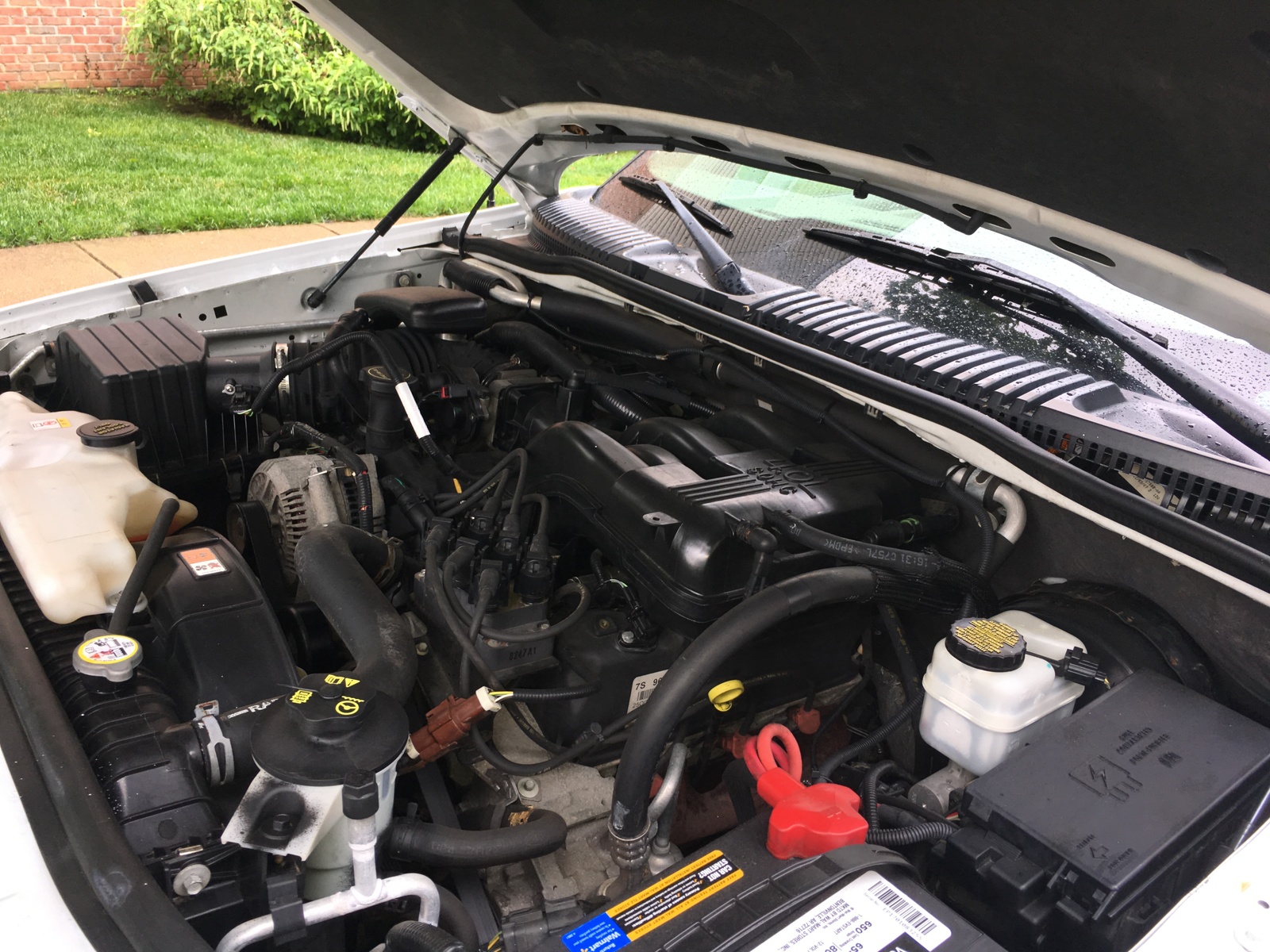 The Ford Explorer is an SUV, and a body-on-frame SUV at that, but its driving dynamics don’t completely reflect those utilitarian underpinnings. The vehicle is mostly quiet and smooth, regardless of whether you choose the V6 or the V8, and both engines thrive under heavy acceleration.

The V6 comes paired with a five-speed automatic transmission and delivers a towing capacity of 5,395 pounds. It delivers solid fuel economy, earning an EPA rating of 14/20/16 mpg city/hwy/combined with 2WD. It’s also somewhat green, as it meets federal emissions requirements to be considered an Ultra-Low Emissions Vehicle II (ULEV II).

The V8 is paired with a six-speed automatic and affords towing abilities that top 7,300 pounds in the rear-wheel-drive configuration.

The V8 drivetrain comes with a six-speed automatic transmission that has two overdrives, full electronic control over upshifting, downshifting, and torque converter settings. Fuel economy here isn’t much worse than that of the V6 powertrain, as the V8 is rated at 13/20/16 mpg.

Both engine options deliver smooth and silky acceleration, though both also suffer from a bit of a lag when the accelerator is first pressed. This is most noticeable in stop-and-go traffic, where constant shifting between gas and brake is required.

The steering has a nice weight, even at highway speeds, and remains complaint at parking lot speeds.

No matter what’s under the hood, the Explorer stays comfy with a smooth ride and manages rough terrain easily. There is less body roll and a more planted feeling than in other SUVs, thanks in part to Ford’s efforts to stiffen the Explorer chassis. It’s around 63 percent stiffer than the previous generation. That, combined with independent rear suspension, helps keep the Explorer in check. 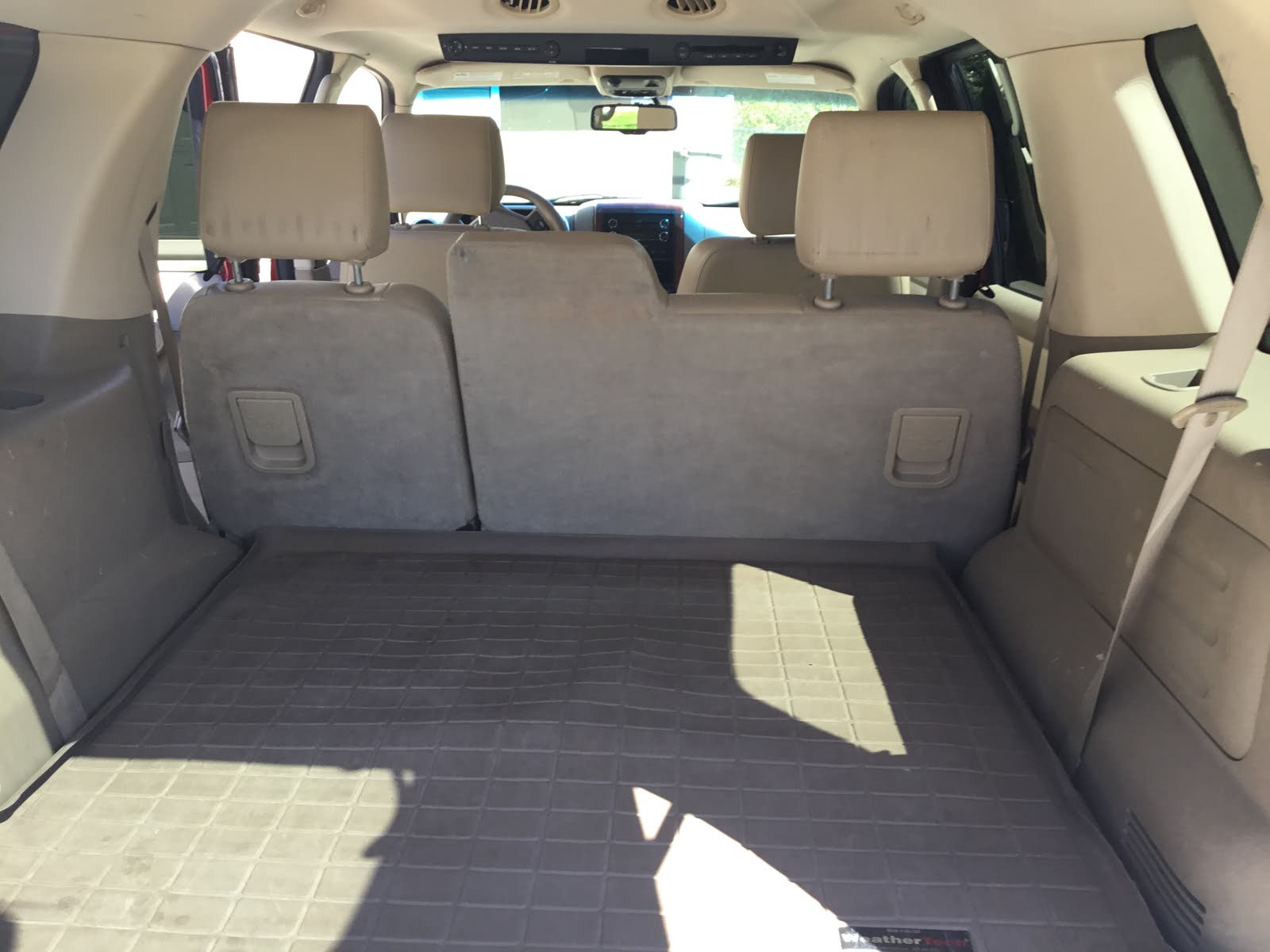 The Explorer has gotten larger and more powerful over the years, but it’s still able to get the job done in nearly any situation. Towing capacities of 5,395 and 7,310 for the V6 and V8, respectively, make the Explorer one of the most capable mid-size SUVs on the market today, and the Explorer adds to its utility by being able to carry up to 1,531 pounds of payload. Those numbers match up to a Jeep Grand Cherokee with a Hemi under the hood, which is both more expensive and thirstier than the Ford.

Ford offers a variety of options and customization possibilities for the Explorer, which includes various seating arrangements. The SUV can be outfitted to tote five, six, or seven people, though the third row is best suited for children or shorter adults. For families that demand towing capabilities and have more than a few people to haul around, the Explorer is about as good as it gets before moving up to a full-size sport utility like a Ford Expedition or Chevy Suburban. 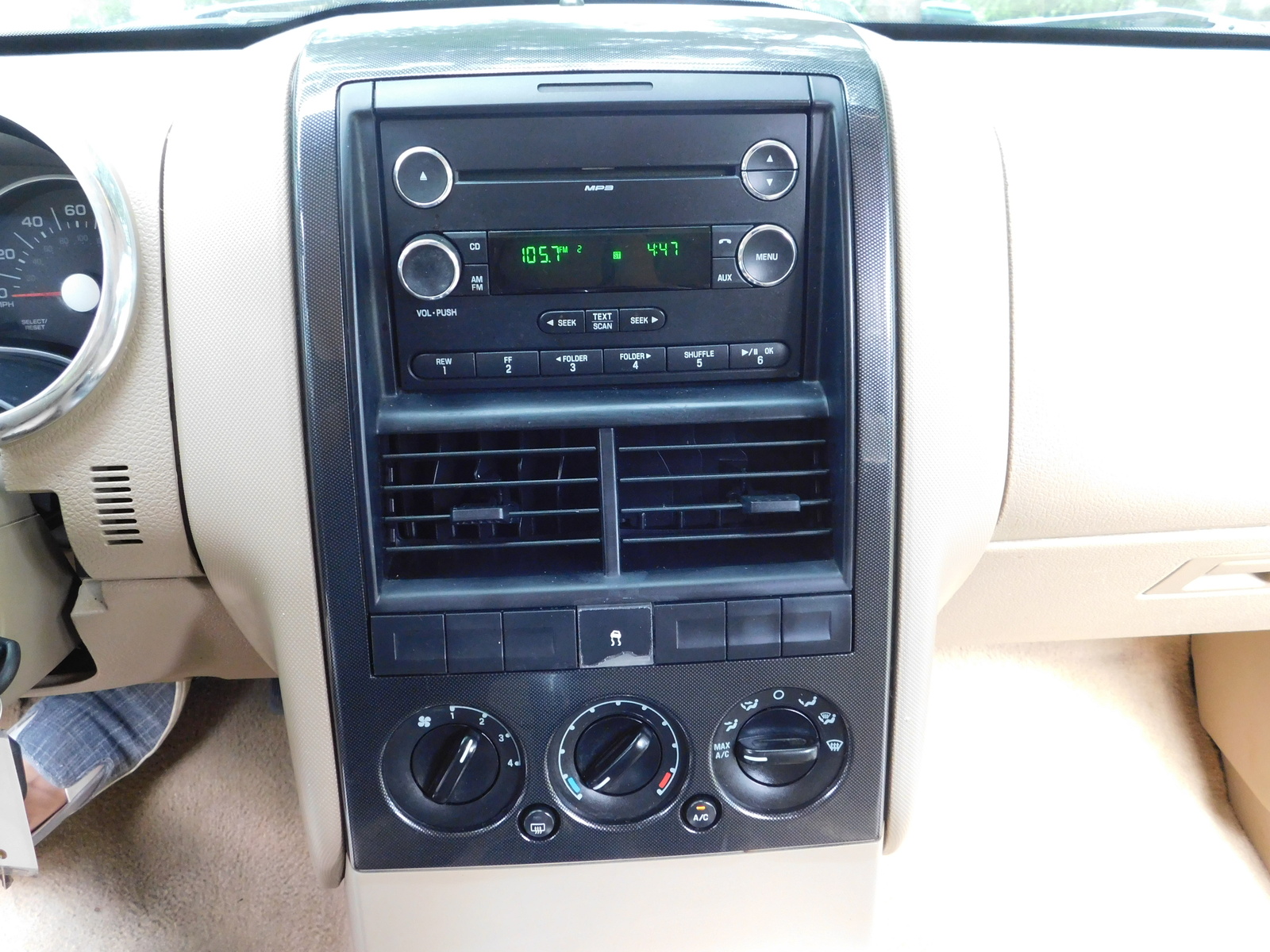 The Explorer is well-equipped out of the box and comes with an AM/FM/CD/MP3 audio system, an auxiliary input jack, remote keyless entry, and two 12-volt power outlets.

The XLT trim can be optioned with SiriusXM satellite radio, power-adjustable pedals, a keyless entry keypad, a navigation system, a rear DVD entertainment system, an MP3 player, a heated windshield, and a six-disc CD player.

Stepping all the way up the Explorer trims to the Limited model brings a six-disc changer as standard equipment, as well as a subwoofer. Ford’s SYNC entertainment system is optional. 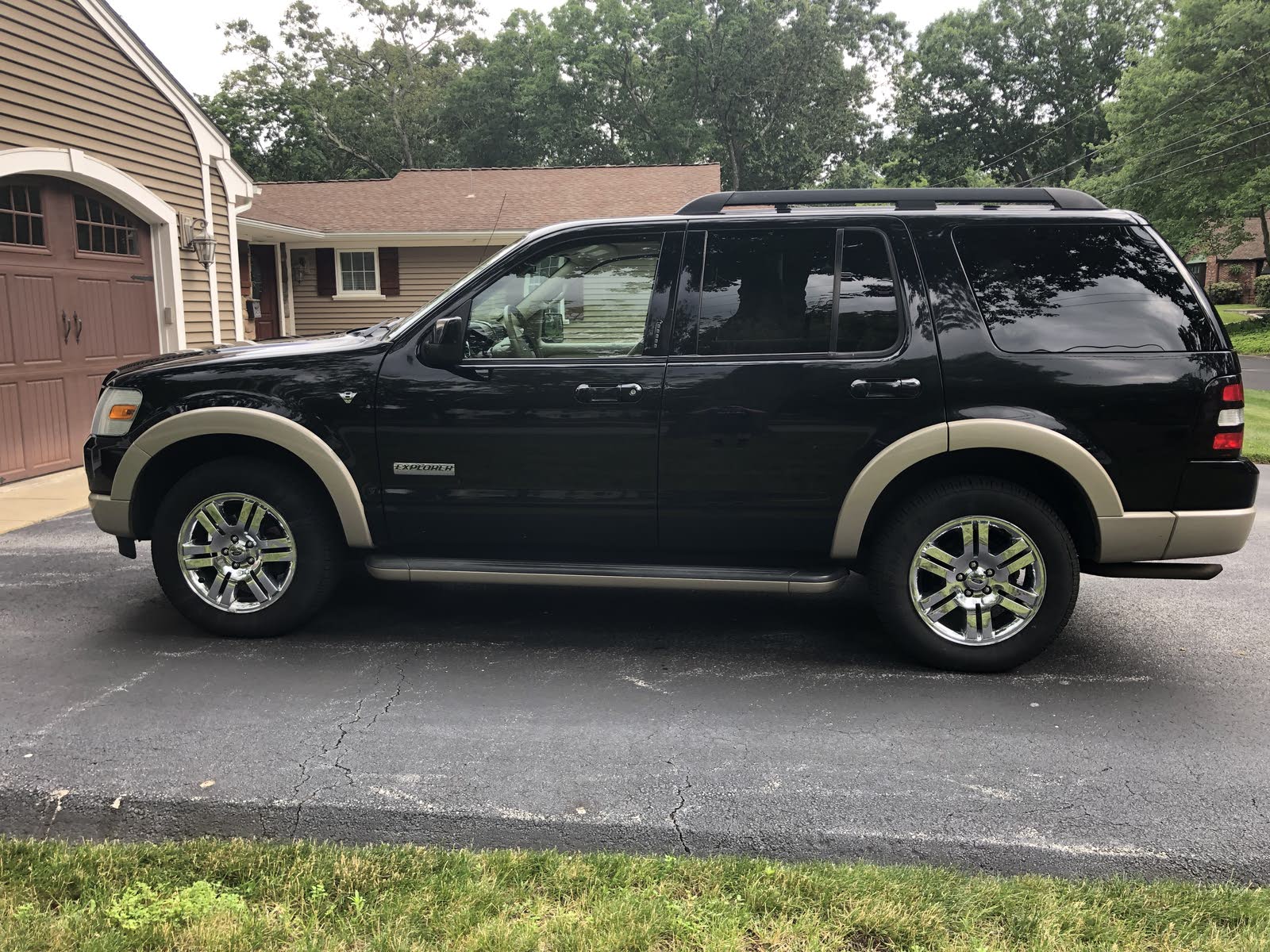 The 2008 Ford Explorer earned mixed scores in crash testing by the Insurance Institute for Highway Safety. Moderate overlap front crashworthiness was rated Good, side crashworthiness was rated Acceptable, and the head restraints/seats were rated Poor. The National Highway Traffic Safety Administration rated the Explorer five stars for both frontal and side crash safety, but only three stars for rollover resistance.

Standard safety equipment for all Explorer models includes anti-lock brakes, stability and traction control, front-impact airbags, side airbags, overhead airbags, seatbelt pretensioners, and a security system that can prevent the engine from starting if an original key is not used. 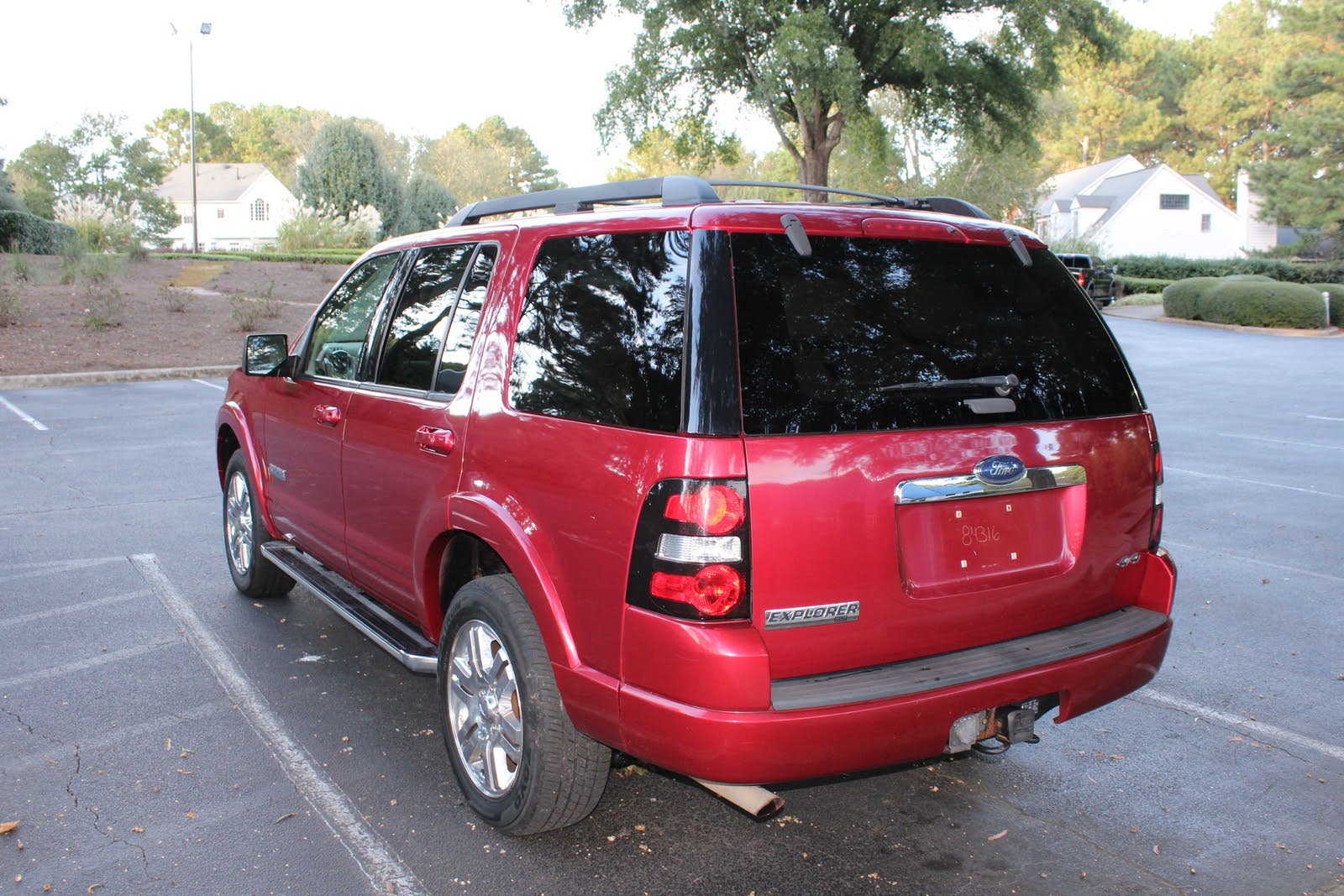 The Explorer combines comfort, capability, and a generous list of standard features in a cost-effective package at all trim levels. The Ford Explorer XLT with 2WD has an MSRP that starts at $25,755; adding 4WD costs $28,050.

Those numbers undercut some of the competition, such as the Toyota 4Runner, while also bringing a longer list of options and features and a better towing capacity.

The Ford Explorer also doesn’t completely kill the budget at the pump. Its 19 to 20 mpg combined ratings for most models are in line with the competition, but it’s the fact that the V8 engine doesn’t bring an enormous fuel economy penalty that makes the difference.

In competitors like the 4Runner, adding in a V8 knocks fuel economy down by three to four mpg in some cases, while the Explorer is able to manage the larger engine with a minimal hit to gas mileage.

teddee5 Owned a 02 xlt, traded at 107,000 for an 08 eddie bauer. 66,700 on it and will keep it till I go to the place from which no one returns. Does what you can expect from a body on frame 4x4 with a v6 and tow package. Its a second vehicle for winter and hunt/fish. Road car was an 11 mkz which was not worth the diff. In price from a fusion and dumped it at 71,000 miles after three years. Driving a 15 sonata and it is an improvement over the 11 mkz. Everything works, better mileage, better comfort and stickered at 8 thou less.

Users ranked 2008 Ford Explorer against other cars which they drove/owned. Each ranking was based on 9 categories. Here is the summary of top rankings.

Have you driven a 2008 Ford Explorer?
Rank This Car

2008 Explorer traction control comes on in 4x4 when I am in deep snow inhibiting me from getting unstuck. I turn it off but it comes right back on. Is there a way to disable this? When in deep snow ...

Water Out Of Tailpipe

Water is coming out of the tailpipe

Ac Does Not Work Properly

I have a 2008 explorer with a 4.0. I recently purchased it for my daughters college car. I knew it need some work but didn't expect to struggle to fix like I have. Misfire codes P0306 Replaced the fol...