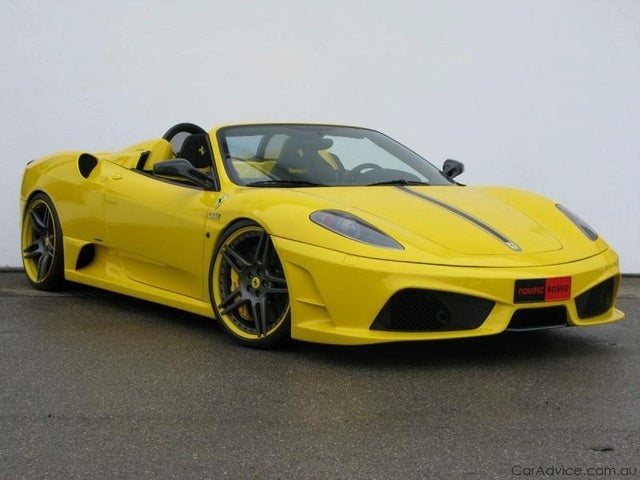 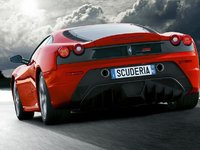 Looking for a Used 430 Scuderia in your area?

CarGurus has 10 nationwide 430 Scuderia listings and the tools to find you a great deal.

In the 1930s, Enzo Ferrari managed the Alfa Romeo racing team under the name of Scuderia Ferrari (Racing Team, Ferrari). Fast forward to 2004 and the debut of the Ferrari F430 family, with its gorgeous coupe and spider roadster - from there it's a short jump to September 2007 and the unveiling of the F430 Scuderia. And with seven-time Formula 1 world champion Michael Schumacher doing the unveiling and being involved in the Scuderia's development, there should be little doubt about the purpose of this addition to the F430 family. This is Ferrari's U.S. street-legal track version of the fabulous F430 coupe.

Ferrari and Mr. Schumacher started with the basic F430 coupe and modified it for racing, while maintaining its street capabilities, so you can race it on the weekends and drive it to work during the week - that is, if you can live without a radio, interior floor carpeting, or sound deadening and don't mind sitting in molded carbon-fiber racing seats fitted to your body. The radio shouldn't be much of a problem if you're a gearhead, because there's nothing on or off the radio that can produce the audio magic of the 4.3-liter V8 mounted behind your head.

Ferrari revised the basic F430's V8 with a carbon-fiber intake manifold, spark plug ionization-monitoring ignition system, a higher compression ratio (11.9:1 instead of 11.3), improved engine management, and rerouted exhaust pipes that exit as two larger pipes higher up in the rear (which also improves the underbody's aerodynamic flow), not to mention those little valves in the muffler that open a straight path for the exhaust, helping produce those incredible tunes from 3,000 rpm all the way up to the engine's 9,000-rpm redline. Check out the video road test links below this review for a taste of the V8's music - who needs a radio? These revisions add 20 hp to the power of the standard F430 V8, bringing output up to 503 hp.

But in racing, horsepower is not necessarily king. Weight is a vital factor. Through the extensive use of carbon fiber (in the rear wing, mirrors, seats, tunnel, door panels, air-filter boxes, and bulkhead), lighter wheels (even down to the titanium lug nuts), and the removal of non-racing essentials, the Scuderia weighs 220 pounds less than the F430 coupe.

Ferrari has emphasized its application of Formula 1 technology to this street-legal racer. For the first time, they have combined the control of the paddle-shifted autoclutch manual gearbox with the F1-Trac traction and stability control system and the E-Diff2 electronically controlled clutch-pack-differential into one control system. Translated into the driving experience, this means the transmission is now capable of behaving like a normal automatic below 3,000 rpm and close to a Formula 1 racer under more aggressive conditions, banging shifts away at 60 ms - 2.5 times quicker than the F430 and only slightly behind a Ferrari Formula 1 machine that shifts in 30 to 40 ms.

This powertrain, as in the F430, is controlled by the multi-position manettino switch on the steering wheel. The Scuderia's race-modified manettino switch, however, replaces the F430's Ice setting with a CT Off mode that turns off the traction control, but retains the stability system, which allows some wheel spin while controlling oversteer. And for the brave, there's the CST Off position that turns off the traction and stability control systems, leaving on only the ABS for the carbon ceramic brakes, so drivers can experience the Scuderia's raw, ungoverned power.

All this impressive technology results in 3.5-second 0-60 blasts and provides a 199-mph top speed to go along with one of the most impressive road-handling performances available on four wheels. See the videos below to get both an aural and visceral sense of this incredible sports car, which Motor Trend dubbed "one of the most capable, attractive, technologically advanced, and downright thrilling sports cars of our time."

Looking for a Used 430 Scuderia in your area?

CarGurus has 10 nationwide 430 Scuderia listings and the tools to find you a great deal.

how fast does it go and is it on or off road? what is the price range for one?