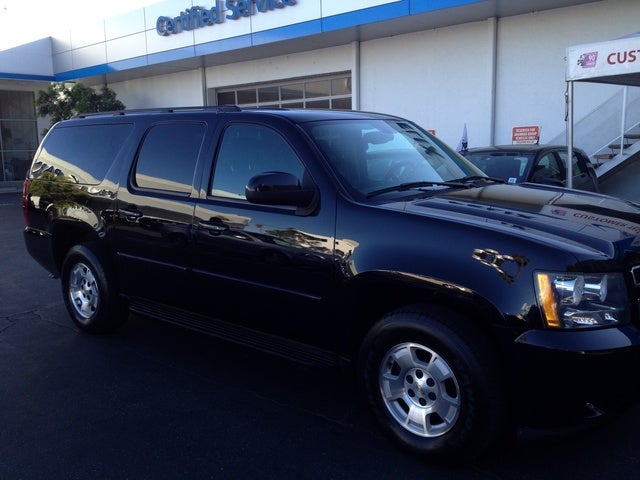 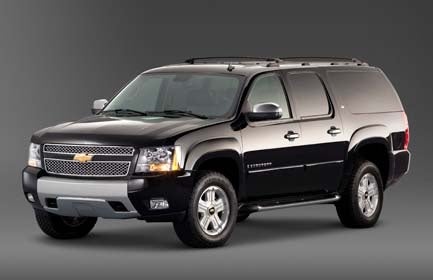 Last year's redesign to the largest SUV on the market improved handling, safety, and interior comfort. The 2008 Chevrolet Suburban adds a few more tweaks to boost the durability, performance, and overall feeling of security, whether you're carrying children or cargo. The 2008 Suburban is available in three trims (base LS, LT, and performance-oriented LTZ) and two load ratings -- the 1500 half-ton or 2500 three-quarter ton. All offer either rear-wheel or all-wheel drive and seat up to nine in three rows. ABS brakes, traction and stability control, rollover protection, and dual front airbags are all standard. New for 2008, all trims get side head curtain airbags for all three rows, and StabiliTrak is now standard on both light and heavy-duty models.

Two V8 engine choices are available. The 1500 SUVs feature a 5.3-liter, 320-hp V8 with cylinder deactivation to improve fuel economy. This is paired with a 4-speed automatic. 2500 SUVs get a 6.0-liter V8 that delivers 352 or 366-hp, depending on whether its an iron or aluminum block engine. This engine gets a new 6-speed auto tran for 2008. Tow ratings reach nearly 10,000 pounds, and despite the heavy weight of this full-sized SUV, it can apparently hit 0-60 in under nine seconds. Enhancements to the suspension, a lower ride height, and wider front and rear tracks have made the 2008 Suburban feel more solid behind the wheel, with better road grip and tighter handling.

The cargo area starts at 45 cubic feet, but expands to 137 with the third row removed and the second row pushed forward. The third row does not fold flat, unfortunately, and though it can fit adults, it is difficult to access. A new design for the split-folding second row now includes a storage compartment in the center section. Other new additions in 2008 include wood accents and 17-inch wheels for the 2500 models. Though not as luxurious as some high-end SUVs on the market, the Suburban does feature plenty of creature comforts, such as OnStar, a CD player, and power front seats, and options add expected features such as a DVD player, power running boards, a sunroof, and rearview camera. And off-road package features stronger shocks, larger off-road tires, skid plates, and a more aggressive front end. The 2008 Suburban rates high for durability, safety, and a quiet ride, but the lack of flat-folding seats seems like a large oversight in this day and age.

What's your take on the 2008 Chevrolet Suburban?

Cdmaffucci Pretty good truck to big for me. A few things wrong that made it a no go

Users ranked 2008 Chevrolet Suburban against other cars which they drove/owned. Each ranking was based on 9 categories. Here is the summary of top rankings.

Have you driven a 2008 Chevrolet Suburban?
Rank This Car

2008 suburban 5.3 flex fuel has 20psi at hot idle 35 at 2k rpm this considerably lower than my last suburban which was 40psi at idle and 60psi driving I already replaced oil pressure switch and scre...

My 08 suburbans check engine light will flash then stop. Traction control does not come on. All the scanner said was to clean injectors