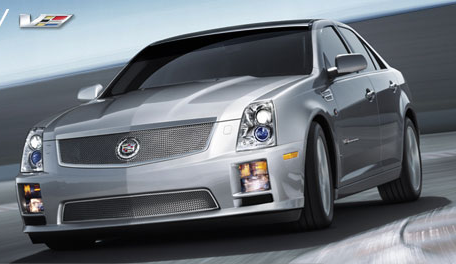 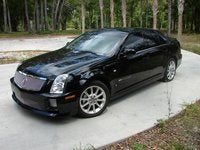 CarGurus has 1 nationwide STS-V listings and the tools to find you a great deal. 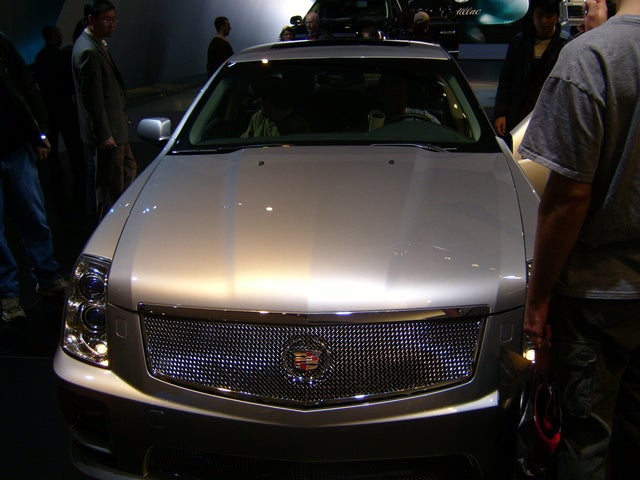 With a dynamic new front grille reminiscent of the Cadillac Escalade SUV, and also showing up on the 2008 Cadillac CTS, the 2008 STS-V rear-wheel-drive luxury sedan rolls into showrooms making a bold design statement. Following a trend in automotive design that seems to have accelerated in the past few years, Cadillac gives the slightly revamped STS-V a wide-mouthed, more aggressive front end certain to grab the attention of other drivers and make a definite statement.

Even though its looks resemble the CTS, though, the STS-V blows away its stablemates, and the rest of the competition, thanks to a 469-horsepower, 4.4-liter, supercharged version of Cadillac's Northstar V8 engine. A carryover from the previous year, the V8 drives the STS-V from 0 to 60 in just 4.8 seconds. It links to a six-speed automatic transmission.

In addition to a revamped exterior design, Cadillac equipped the 2008 STS-V with a number of mechanical upgrades. For instance, drivers can add active steering to the vehicle's StabiliTrak electronic vehicle stability enhancement system. Active steering turns the wheels into a skid when the rear wheels lose traction.

Like the previous year's model, the 2008 STS-V comes with a long list of standard features, including a number of components that are available as options in the standard STS. Those features include a deluxe leather-wrapped steering wheel with wood accents, leather seats, a dual-zone automatic climate control system, electronic cruise control, a leather-wrapped instrument panel and center console, a keyless ignition and keyless entry system, the On-Star system, and a 15-speaker Bose surround-sound stereo system with a six-disc in-dash CD-DVD player.

Have you driven a 2008 Cadillac STS-V?
Rank This Car

CarGurus has 1 nationwide STS-V listings and the tools to find you a great deal.