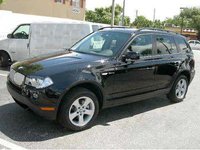 The 2008 BMW X3 gets a handful of upgrades that improve on its winning driver-first formula. 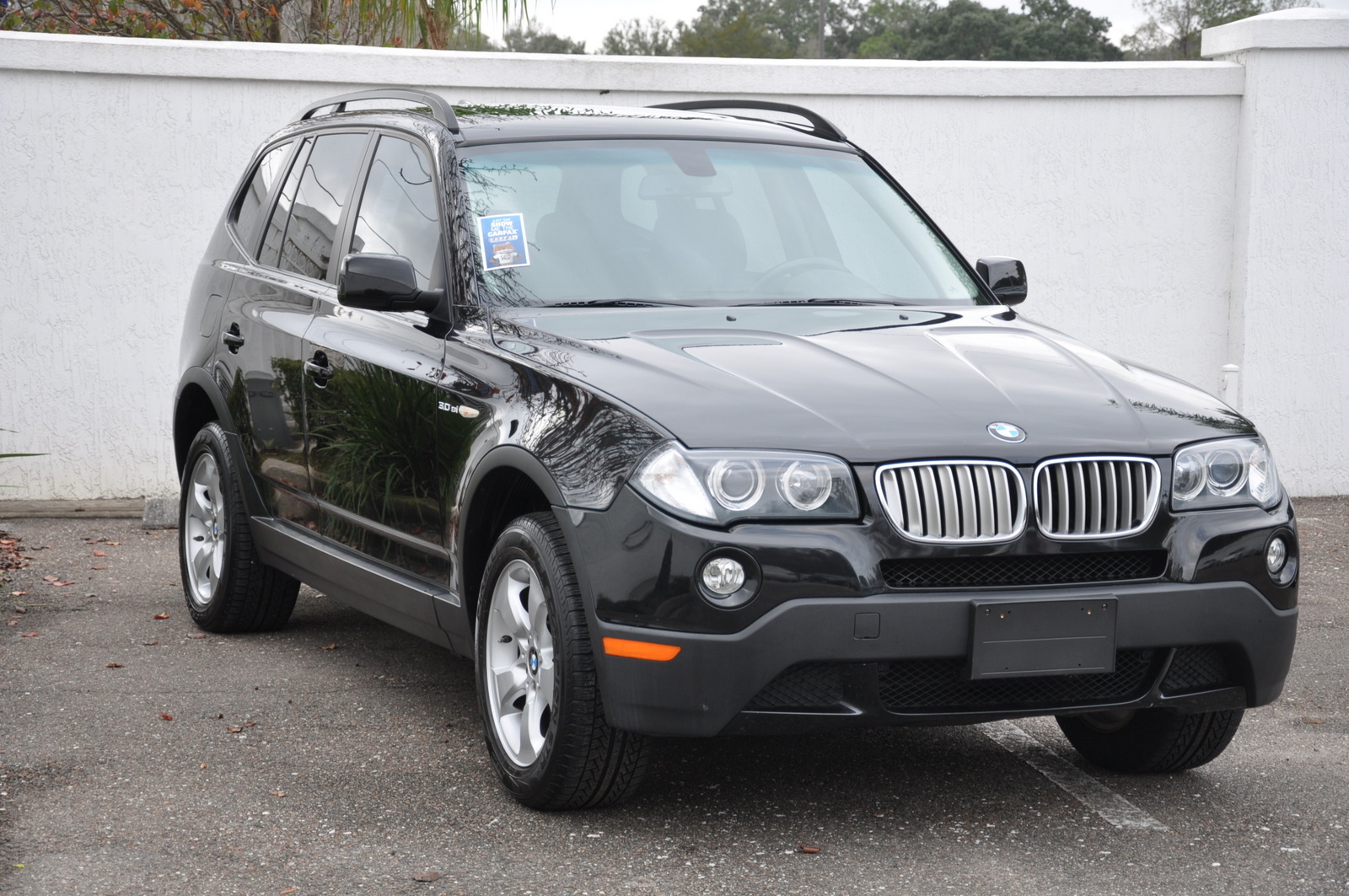 The BMW X3, now five years into its successful run as BMW’s compact crossover, has received a few meaningful improvements for 2008. If that sounds mild, it’s because BMW overhauled the X3 for the 2007 model year, making it more powerful and luxurious. The company calls it a Sports Activity Vehicle (SAV), which is fitting for such a lively crossover.

The X3 has been a commercial success for BMW, but the company hasn’t taken a hands-off approach with the new models. The 2008 X3 gets optional active headrests, an available Sport Activity Package, and upgrades to the $2,800 Premium Package.

The base price of around $40,000 buys a generous list of standard features that includes all-wheel drive, keyless entry, alloy wheels, a panoramic glass sunroof, rain-sensing wipers, and more.

The BMW X3 is targeted at new car buyers that don’t need a full-size vehicle and want a sporty ride. It competes with the Audi Q5, Land Rover LR2, and Acura RDX.

The X3 is offered as a single model with available packages that add features instead of traditional trim levels. One engine is available for the crossover: a 260-hp 3.0-liter inline six-cylinder. A six-speed manual transmission is standard, and a six-speed automatic is available at no extra cost. All-wheel drive is standard. 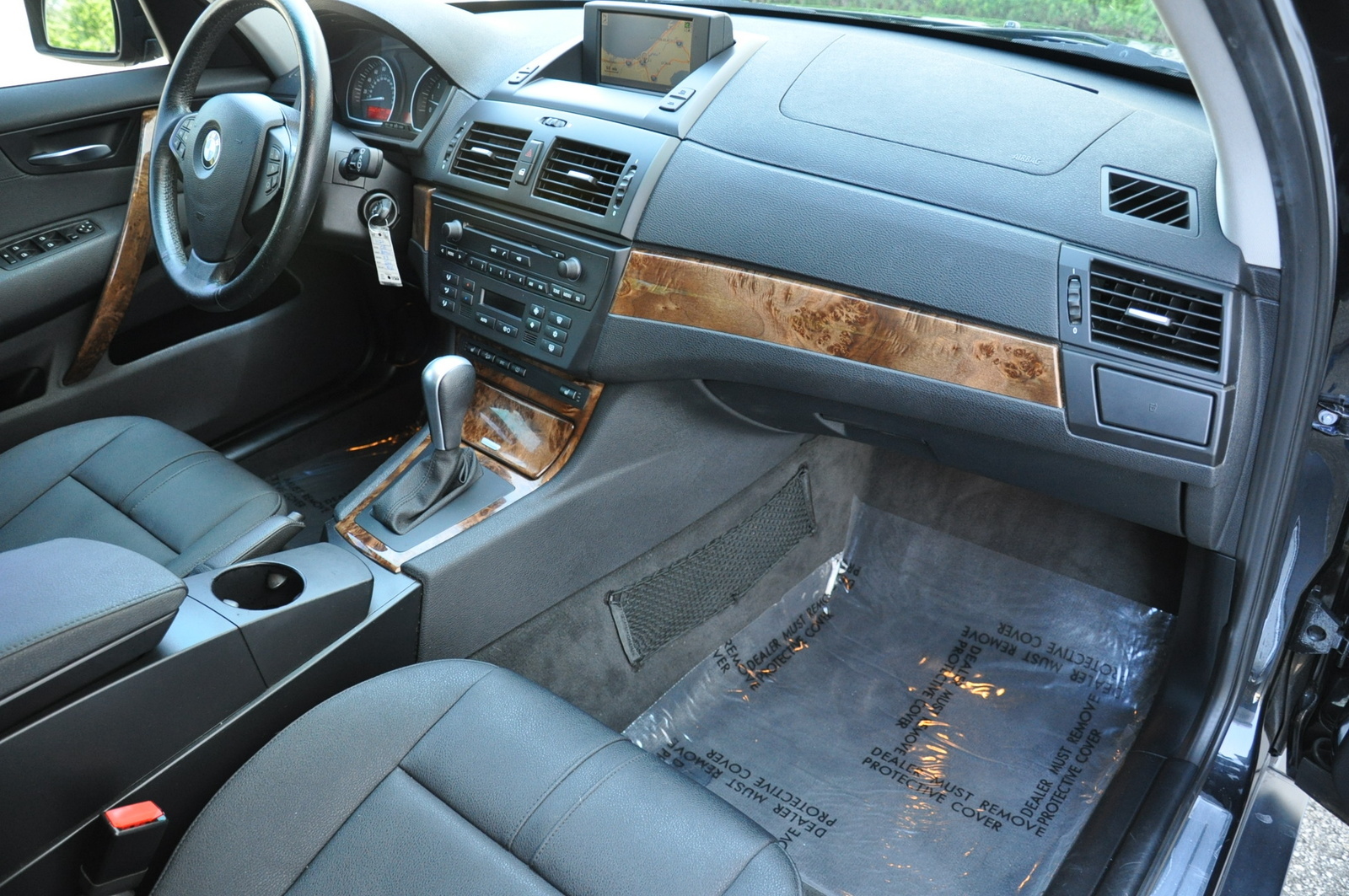 The updated X3’s styling moves it closer to BMW’s flagship SUV, the X5, but there are some key differences between the two. It has BMW’s traditional kidney grille with vertical grates and chrome trim. Projector headlights and optional fog lights sit on either side and flow into the shape of the bumper.

There are a few awkward lines where the bumper meets the headlights and on either fender, but the overall look is clean and modern. In profile, the X3 looks like a shrunken X5, though its lower beltline makes the side windows larger and more prominent.

Inside, the X3 is instantly recognizable as a BMW. Controls and buttons are organized sensibly and located to be intuitive. The interior materials quality and construction are upscale and fitting of a luxury crossover. Thoughtful trim pieces and design accents make the X3 feel special. Touches like aluminum door sill trim with the BMW logo and an optional retractable navigation system screen add to the premium feel.

That said, the X3 has some of the smallest and most inconveniently located cupholders in the business. One cupholder located in the center console is only large enough for a soda can and is placed awkwardly at the front of the armrest. The passenger’s cupholder pops out of the dash and can easily get knocked by a knee when moving around.

The front seats are nicely bolstered but not heavily so, and the range of adjustment settings allows even the tallest drivers to find a low enough driving position. The X3’s back seat suffers from minimal legroom, which is a problem that gets worse when the front seat is adjusted back for taller drivers. 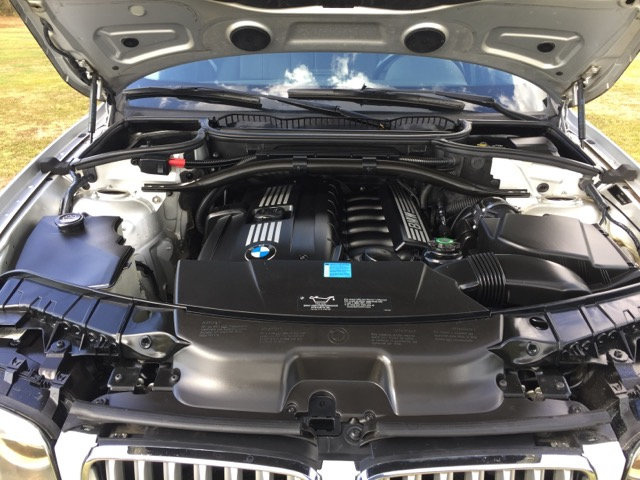 BMW takes a different approach to tuning their SUVs and crossovers, and it shows. The X3 is much more like driving a sport sedan than it is like other SUVs, and can even be quite fun to drive on twisty roads. Acceleration is immediate, smooth, and linear, making the run to 60 mph a pleasure at around seven seconds.

With a manual transmission, the X3 is engaging and fun in a way that other crossovers can’t fathom. Shifts feel solid and sharp, the clutch is easy and predictable, and the X3’s gearing makes it fun to wind out the inline-six to max RPM levels.

The automatic transmission is just as good. Shifts are precise and help keep the engine in its powerband. Using the manual shift option is a pleasure, and inputs to the system are actually effective at changing gears, unlike other automatics that only claim to offer a shift option.

The X3 also shines when road conditions aren’t ideal. On wet roads and loose surfaces, the xDrive all-wheel-drive system and stability control help it claw through the corners and maintain its composure at higher speeds.

Braking and steering are both exceptional. BMW’s Servotronic steering system is speed-sensitive and adjusts its assist levels depending on the situation. The X3’s four-wheel disc-brakes now come with brake drying, which can help them stay dry when things get nasty outside.

Fuel economy is relatively strong, as the X3 with a manual transmission returns gas mileage of 16 mpg city, 23 highway, 19 combined, and 17/24/20 mpg with an automatic transmission. 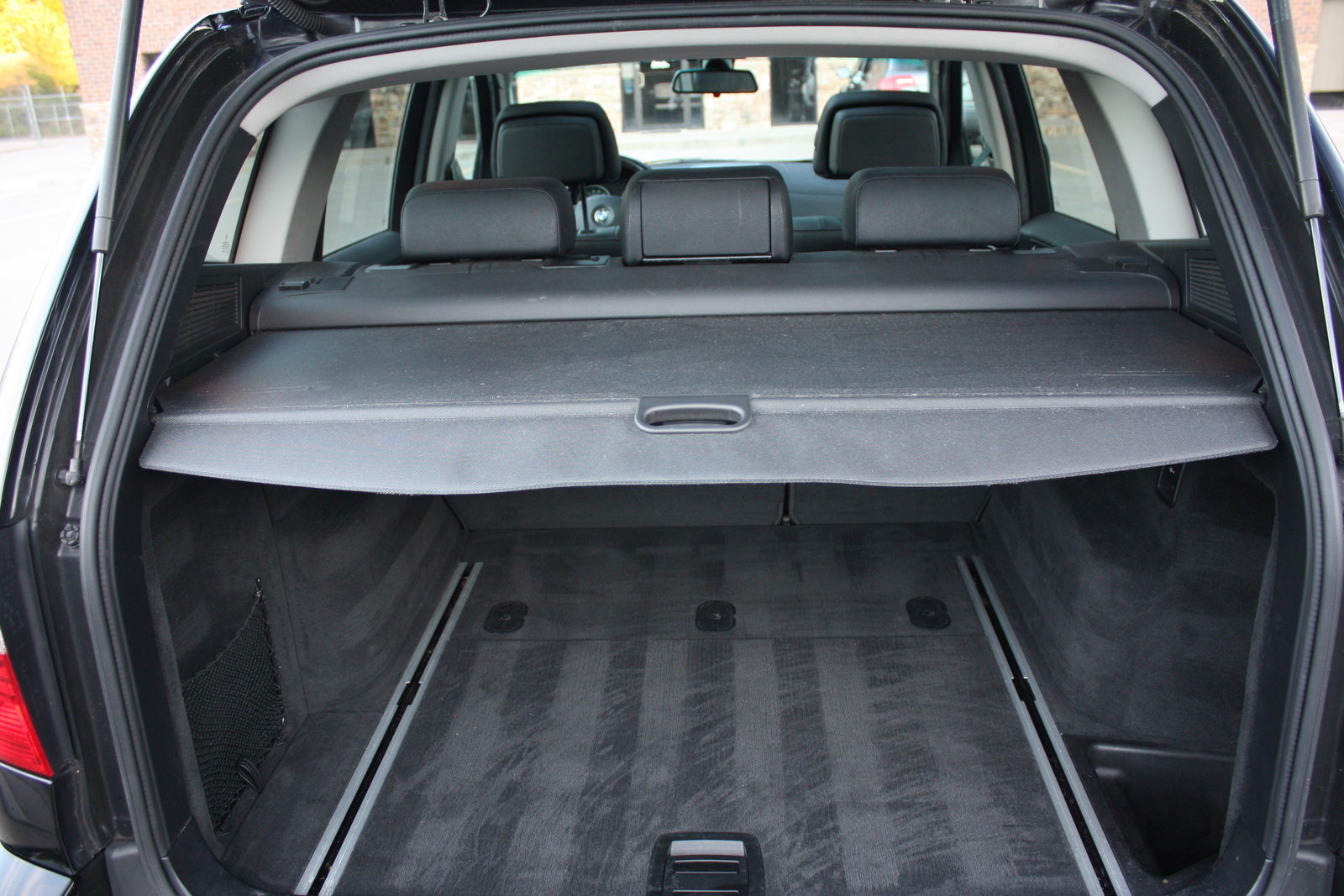 The BMW X3 does its job as an SUV well while also delivering a driver-centric experience. That’s a unique quality in the crowded luxury crossover segment and one that sets the BMW in a league of its own.

It has a cargo area that can expand to 71 cubic feet with the seats folded down and a comfortable interior that feels as sporty as it does spacious. There are many interior storage areas located conveniently throughout the cabin that make the X3 a dream for people with child seats and tons of gear to haul around.

That’s the “utility” part of the SUV, but the X3 nails the “sport” part as well. Car-like handling and driving dynamics are the X3’s party trick and make it a complete package that is hard to beat.

The upholstery feels premium at nearly every level, even with the leatherette that fills in for real hides in lower trims. There are a few missteps with interior appointments—the awkward cupholder situation makes no sense—but otherwise, the X3 is a well-thought-out vehicle with plenty to like. 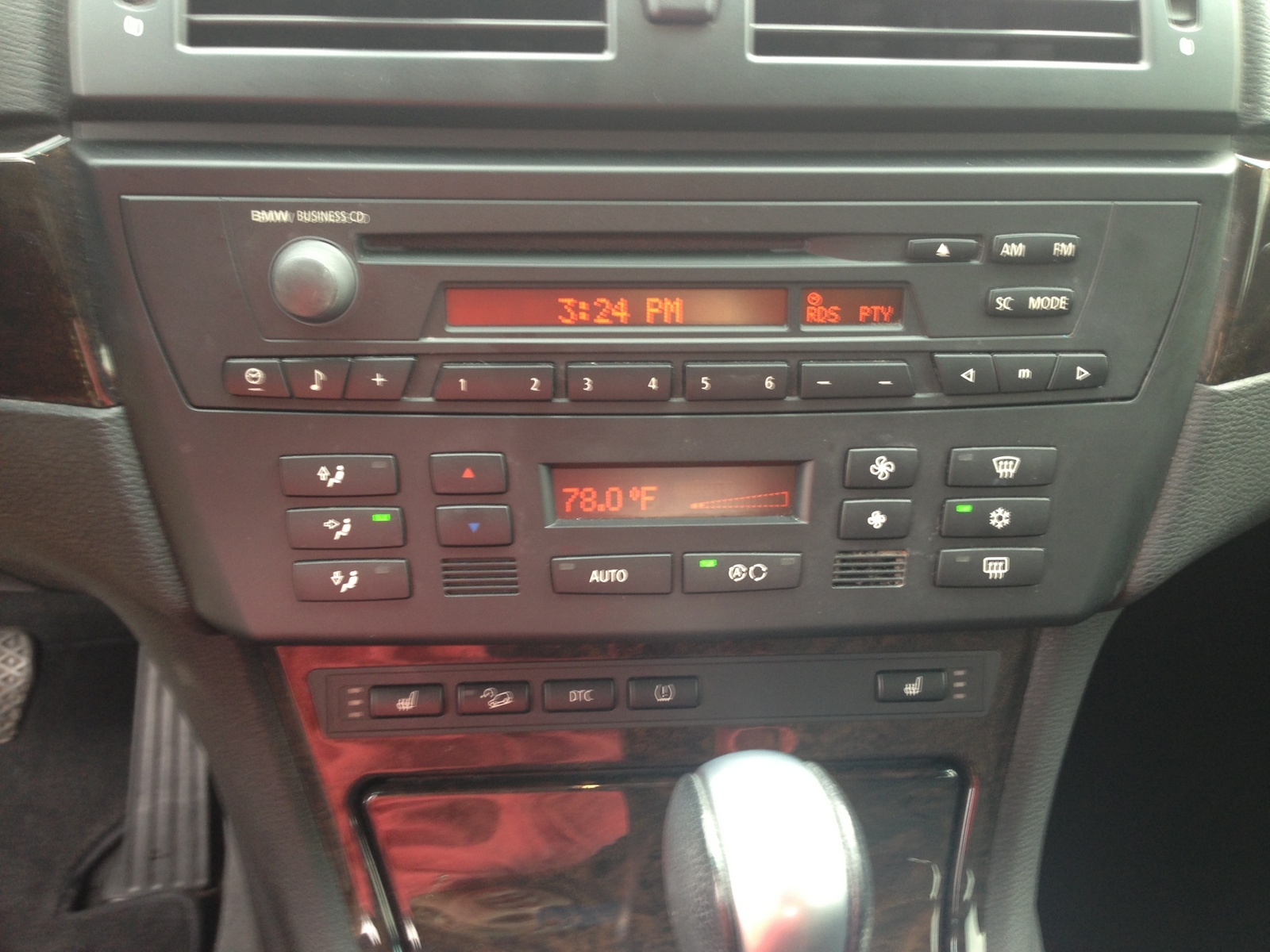 The navigation display is one of the most innovative on the market today. When in use, it’s located high on the dash for easy viewing from almost any angle. When the vehicle is parked, or the screen is not in use, it rotates down into the dash so that it’s out of the way and not visible to people outside the vehicle.

BMW has announced that iDrive, its new infotainment software, will make a debut this fall, but for now, we get a simple and easy to use system that works well in nearly all settings.

BMW offers a host of options packages that help the X3 adapt to poor weather conditions, such as the Cold Weather Package, which includes headlight washers, a ski bag, and heated seats. A heated steering wheel is also available. 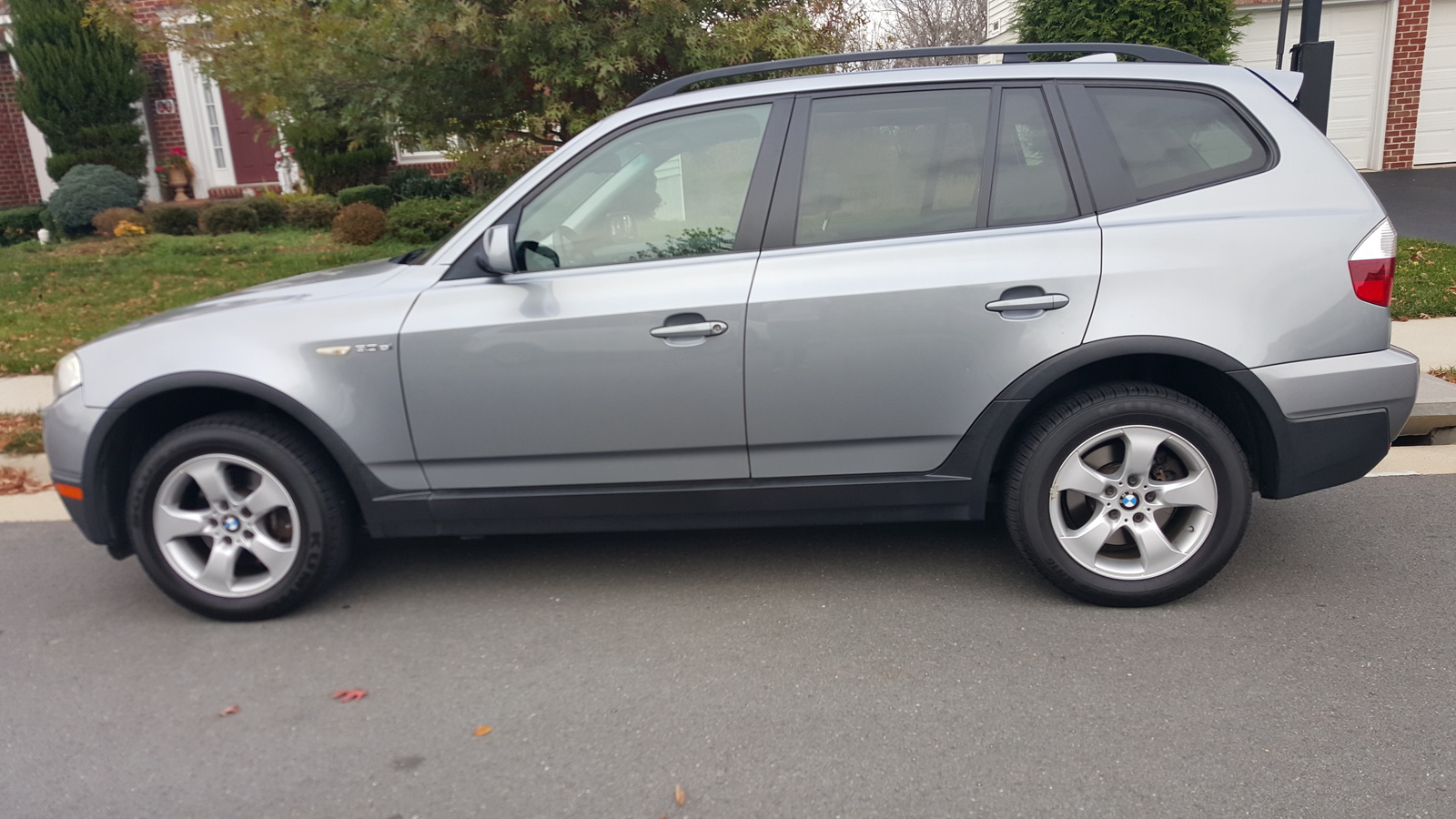 The 2008 BMW X3 was awarded a Top Safety Pick rating from the Insurance Institute for Highway Safety. The crash testing organization rated the X3 Good in all crashworthiness categories: moderate overlap front, side, and head restraints/seats. Side curtain airbags contributed greatly to those findings.

The National Highway Traffic Safety Administration hasn’t rated the X3 yet and has no notes on its crash test performance otherwise.

The brake system includes brake drying, brake fade compensation, and an innovative adaptive brake light system. The lights adjust to signal the braking force that the driver is applying. 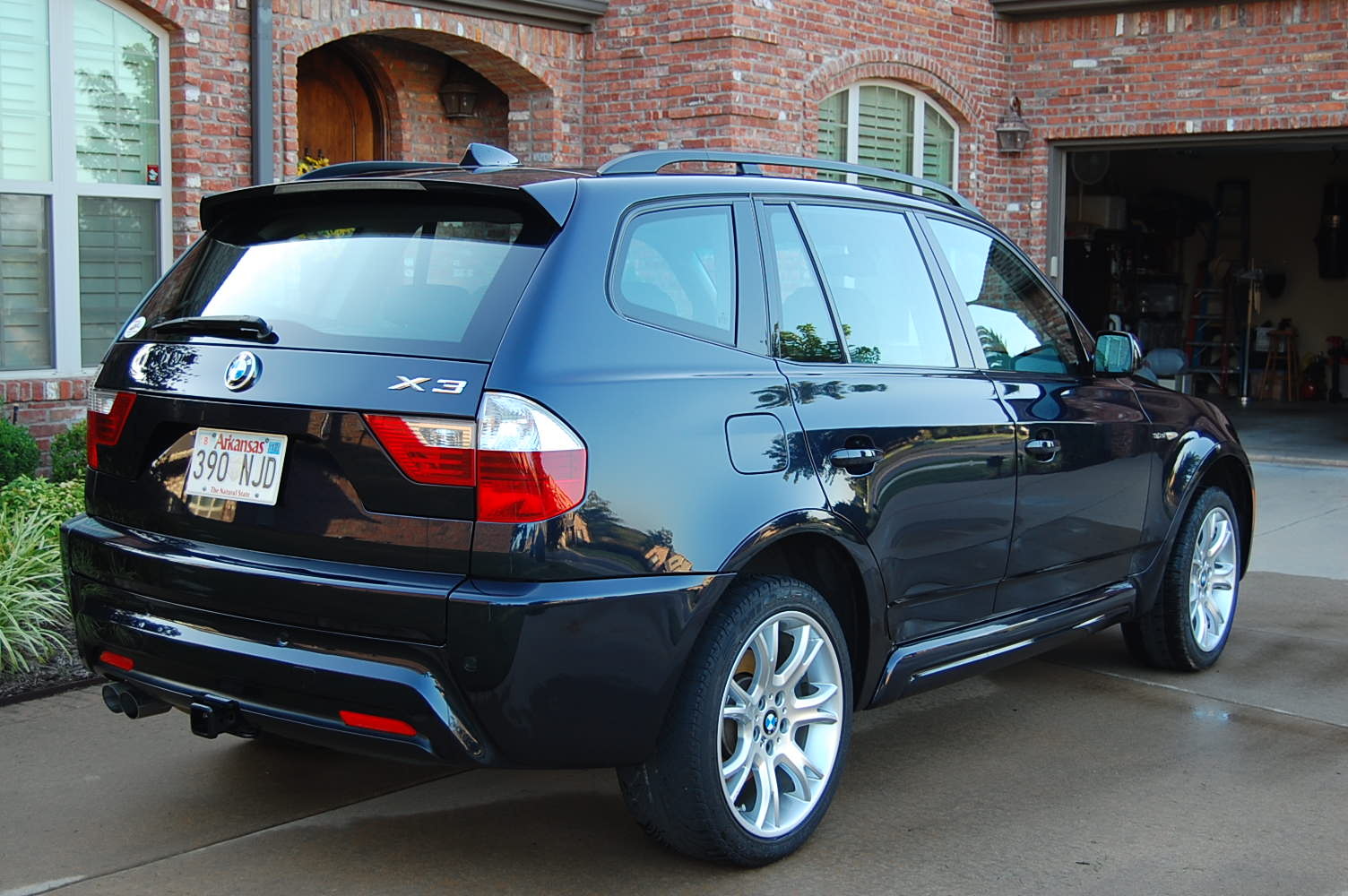 Price is likely the X3’s biggest weakness. Its starting MSRP of around $39,000 includes quite a few standard features that others charge for, but that’s a couple thousand more than the cost of a new 2009 Audi Q5 and several thousand more than a comparable Acura RDX.

The X3 tops out at around $51,000, again more than most of the competition. Fuel economy is on par with what you’d expect from a performance SUV, but in line with the less sporty competition.

Users ranked 2008 BMW X3 against other cars which they drove/owned. Each ranking was based on 9 categories. Here is the summary of top rankings.

@key00 and others.. please have you found the solution to this problem, am having exactly this problem

Actuator On Crankcase Or Transmission

Can a malfunctioning actuator on your transmission cause your car to spin out on wet roads?

Selling Car In Person Or Online?

with Covid now, how does this work exactly...I have to see different buyers? Can Cargurus do this for me on line?

It says I have 2 ads but I don't I can't see the offers or messages.

How Can I Open Stck Bonnet On Bmw X3

Bonnet will not open on x3 bmw