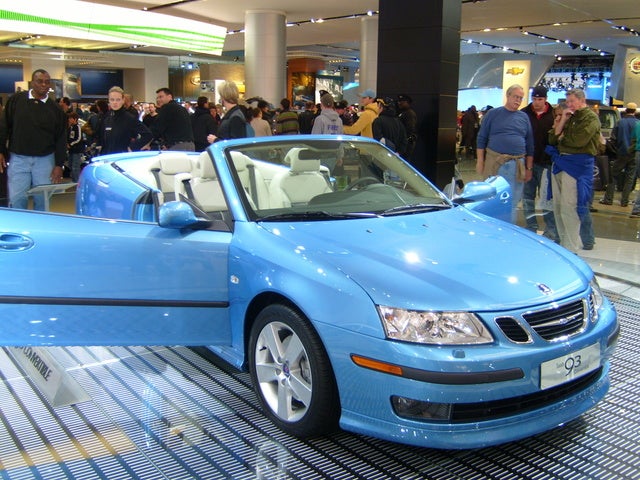 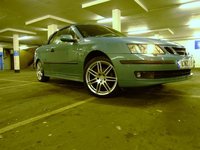 The 2007 Saab 9-3 looks essentially the same as it did last year, but some changes have been made as far as standard equipment and available features. There's also a new color selection, Titan Grey Metallic.

The biggest change comes in the cockpit, as the "Born from Jets" company likes to say. The instrument cluster is now larger, yet it has nonetheless been streamlined to maximize efficiency (for instance, dials replace buttons on the climate control).

Saab has consciously worked to enhance the driver's enjoyment behind the wheel, and this includes their choice of a somewhat wrap-around instrument panel that in a way becomes one with the pilot - er, driver - and almost lets him pretend he's up among the clouds. A green light illuminates the gauges, but the brightness can be controlled with the Night Panel switch.

They have also worked on improving the 9-3's handling, which was by no means terrible but now is a bit better according to several reviewers, some of whom also made note of the car's comfortable seats (although Saab probably won't knock Volvo out of top-running for its reputation in this category).

Safety equipment on the 9-3 sedan wants for nothing, as the roster ranges from an electronic stability system with ABS and electronic brake-force distribution to a full complement of airbags (including side-impact and side-curtain units) and Active Head Restraints. Interior space is sufficient, although the backseat is cramped for adults. The trunk's capacity is 14.8 cubic feet.

lillysea I hear the company is no longer in existence. Who fixes the 2007 if anything out of the norm happens. My husband can fix any German car, but Saab? He really wants one.

ksmith29 The old SAAB/Volvo Dealers still work on them. If you can get your car in there before it hits 120000 miles there are a lot of free extended warranty stuff.

My 6 CD unit will not allow me to eject the CD's, it says ejecting, hear the mechanism, but no CD is ejected. CD's are stuck in the unit.

Why Does The Coolant Level Warning Light Come On.

Saab Key Lost And Need A Key With Chip

I lost my key in tbe mall and I need to know will i have to get my saab towed to the shop or can i take my vin number and have a new key programed to work for my car.

Just had both side low beams replaced. Three days later the Sid showed left low beam and left turn signal failure. Restarted the car and the Sid show "check ok". Got out of the car and checked the...

my a c functions for a bit till it gets warm...i tested it and the clutch kicks in with a direct 12 volts and works with a jumper wire leading me to beleive it has something to do with the relays bu...