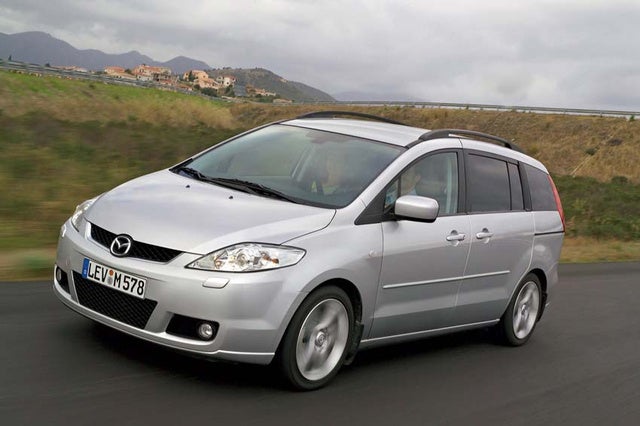 Mazda expanded its line of compact, front-wheel-drive Mazda 5 minivans for 2007 by adding an upscale Grand Touring trim package, which joined two other versions, the Sport and the Touring. All three Mazda 5 models were powered by a 2.3-liter four-cylinder engine that generated 157 horsepower. The Grand Touring came with a four-speed automatic transmission as standard equipment, while for the Sport and Touring packages a five-speed manual transmission was standard, and the automatic was optional.

Drivers liked the Mazda 5's versatility, roominess (especially in the rear seats), performance, and styling, and for the most part, had few negative comments about the vehicle.

Have you driven a 2007 Mazda MAZDA5?
Rank This Car

Water Leaking From Bottom Of Car Could It Be Water Pump?

Water leaking from pully area could it be water pump?

Anybody have experience? My grill has a big whole in the center and then radiator is starting to show wear. I plan on removing plastic panels(oil pan cover and piece just forward of) from under and go...

I would like to know if any one has had a Madza 2007 Minivan and what was their expirence with it, good or bad.

I'm looking for the torque specs on a 07 mazda 5 2,261cc clutch pressure plate