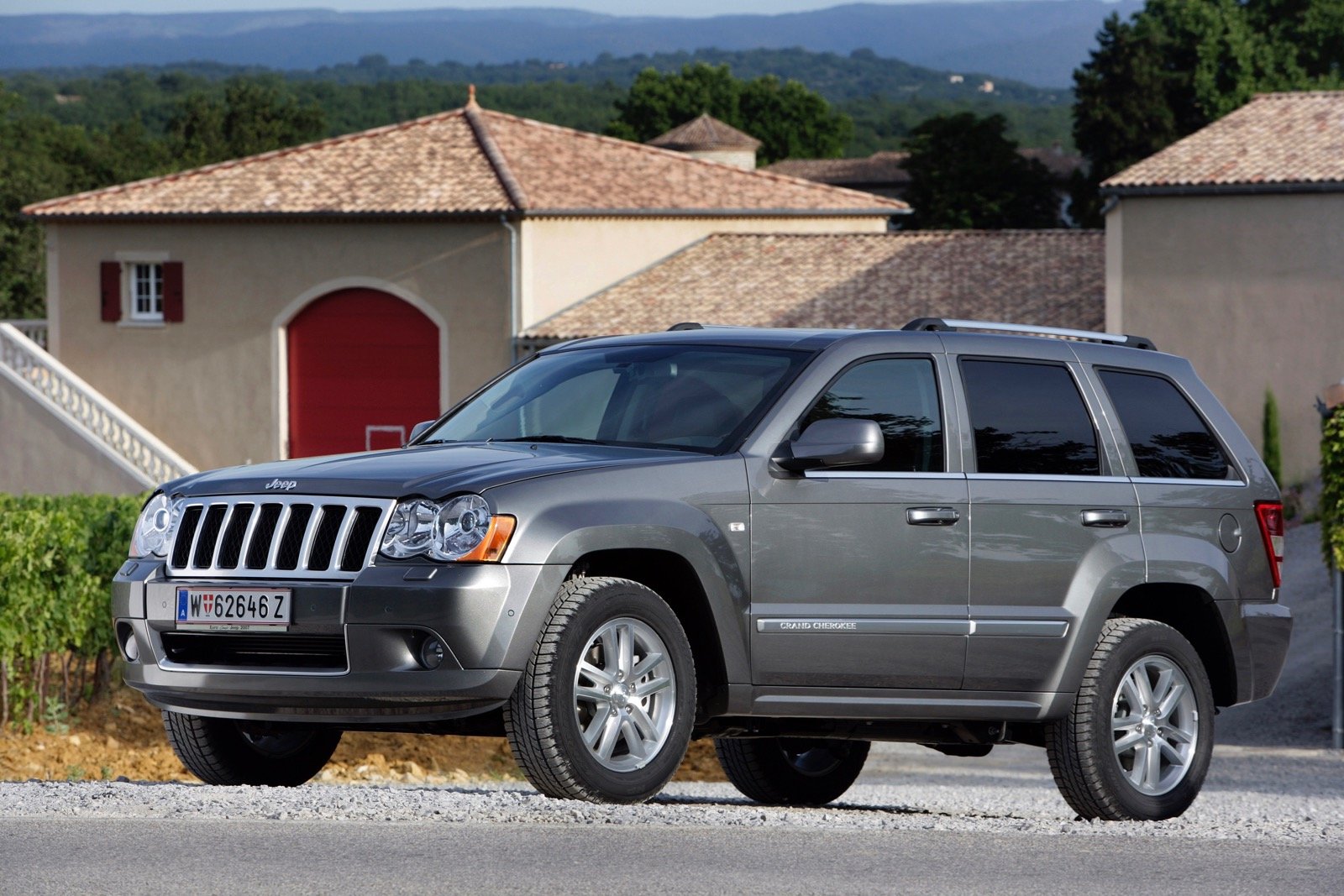 The 2007 Jeep Grand Cherokee is a midsize SUV with strong off-road capabilities, sharp styling, and a wealth of powertrain choices. The SUV was last completely redesigned for the 2005 model year and retains the same styling today. Updates for the 2007 model year include a new Mercedes-Benz-sourced 3.0-liter V6 diesel engine, upgraded safety features, a new camera system, and significant improvements for the Limited and Overland trim levels.

The Jeep Grand Cherokee competes against the Toyota 4Runner, Ford Explorer, Honda Pilot, and Toyota Highlander. With the exception of the 4Runner and the Explorer, the others offer all-wheel drive over a dedicated four-wheel-drive system. The Jeep aimed at new-car buyers that want a vehicle with strong off-road performance while also performing decently on the road. Jeep offers the Grand Cherokee in several trims: Laredo, Laredo X, Limited, Overland, and performance-oriented SRT8.

The 3.0-liter turbo diesel V6 makes 215 hp and 376 lb-ft of torque. Rear-wheel drive and a five-speed automatic transmission are standard, and four-wheel drive is available. 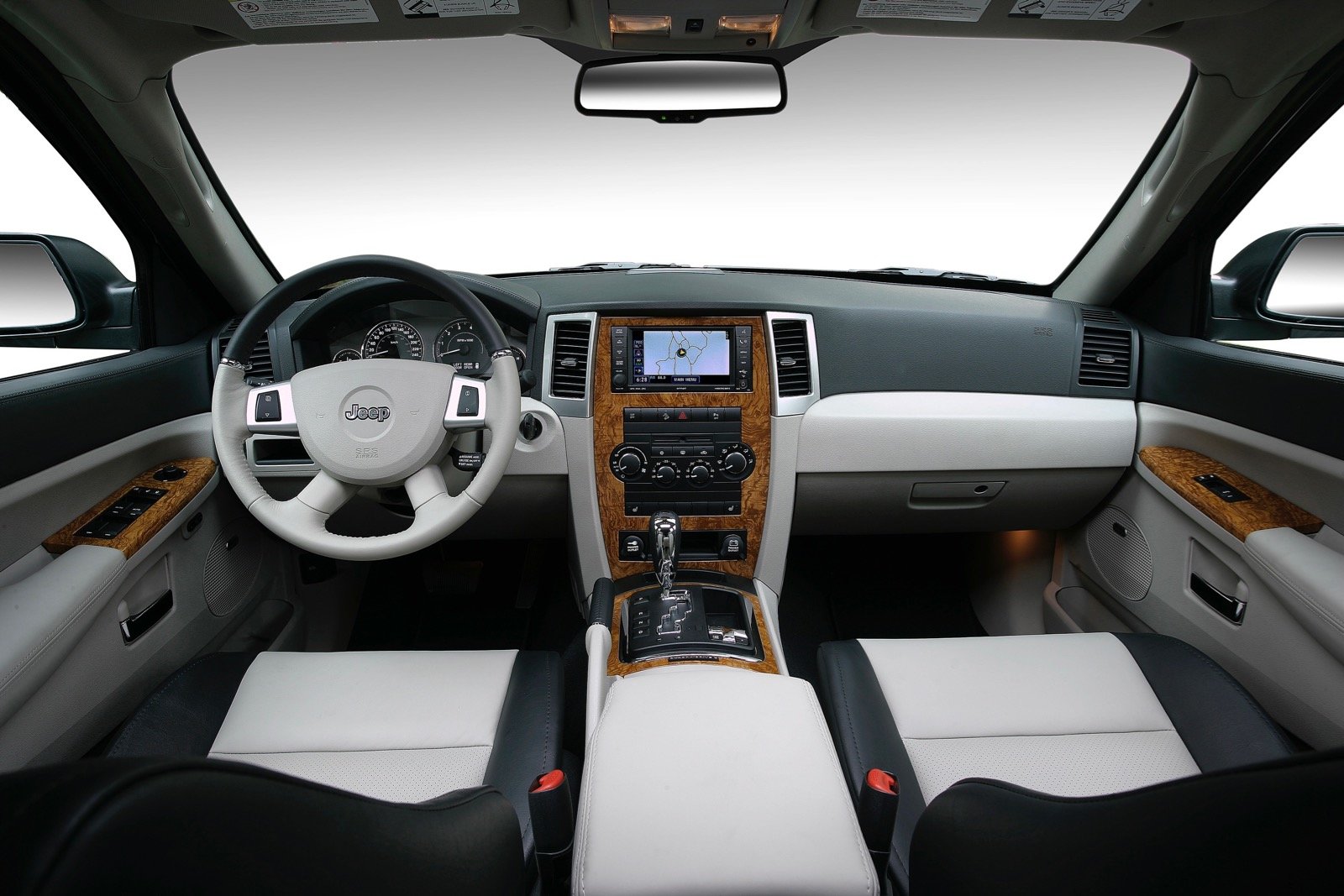 The Grand Cherokee picked up sharp new styling in the 2005-model-year redesign, which remains fresh today. Long lines and strong angles help it stand out in a crowd of crossovers and SUVs that have grown rounder and friendlier in recent years.

The Jeep’s interior is clean and simple, but not sparse or frugal. New LED backlights in the gauge cluster greatly improve visibility, and all other controls are clearly labeled, close at hand, and intuitively positioned. Higher trims like the Jeep Grand Cherokee Limited get thick, supple, leather seats and high-end wood accents that add an extra layer of luxury to the rugged Jeep. 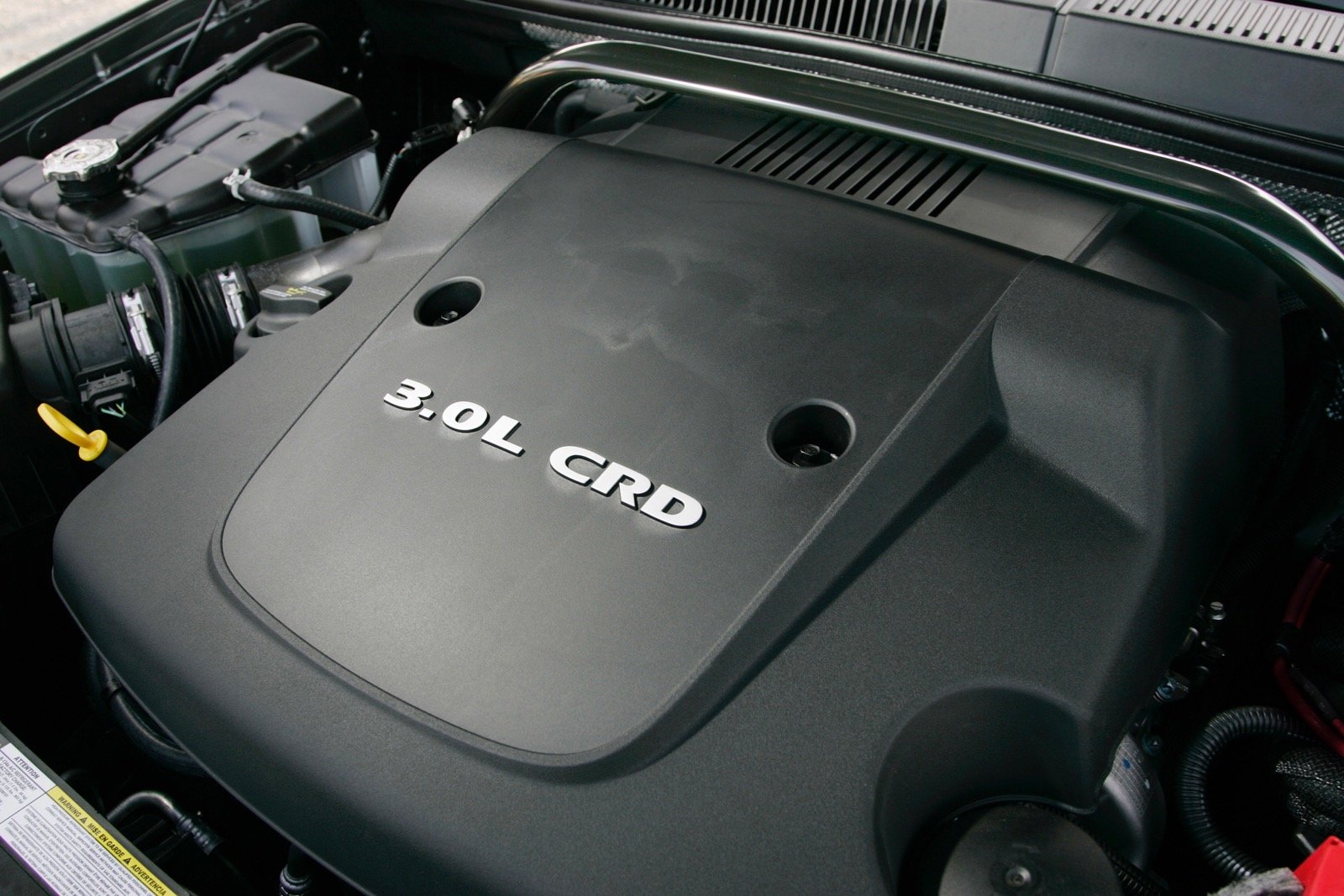 In a sea of soft, road-friendly, family SUVs, the Jeep Grand Cherokee is a standout. Off-road performance is unmatched in its segment, with the possible exception of the Toyota 4Runner. Though it comes standard with rear-wheel drive, the available four-wheel-drive system can take the Grand Cherokee and its occupants far, far off the beaten path.

It’s hard to find a bad apple among the Jeep’s crowd of engine choices. The base 210-hp 3.7-liter V6 engine and five-speed automatic transmission get the SUV moving without much hassle and makes an excellent companion for scooting around town. The first V8, a 305-hp 4.7-liter unit, pulls strong and delivers great low-end grunt for crawling through the woods. The 330-hp 5.7-liter HEMI V8 sounds the business—and has the performance to back it up. Taking another step up the powertrain ladder, the top-of-the-line gas V8 is a massive 6.1-liter HEMI that makes 420 hp. It’s overkill, to be sure, but it’s overkill in the best sense of the word.

A test drive reveals handling that feels competent, planted, and predictable in nearly all situations. The Grand Cherokee has a major leg up over dedicated off-roaders like the Jeep Wrangler, because it’s got real “street cred” off the beaten path, with a real-deal four-wheel-drive system, while offering solid handling and a comfortable ride on the road. If hitting the lake is more desirable than hitting the trail, the Jeep can tow plenty of boat, with up to 7,400 pounds of towing capacity. 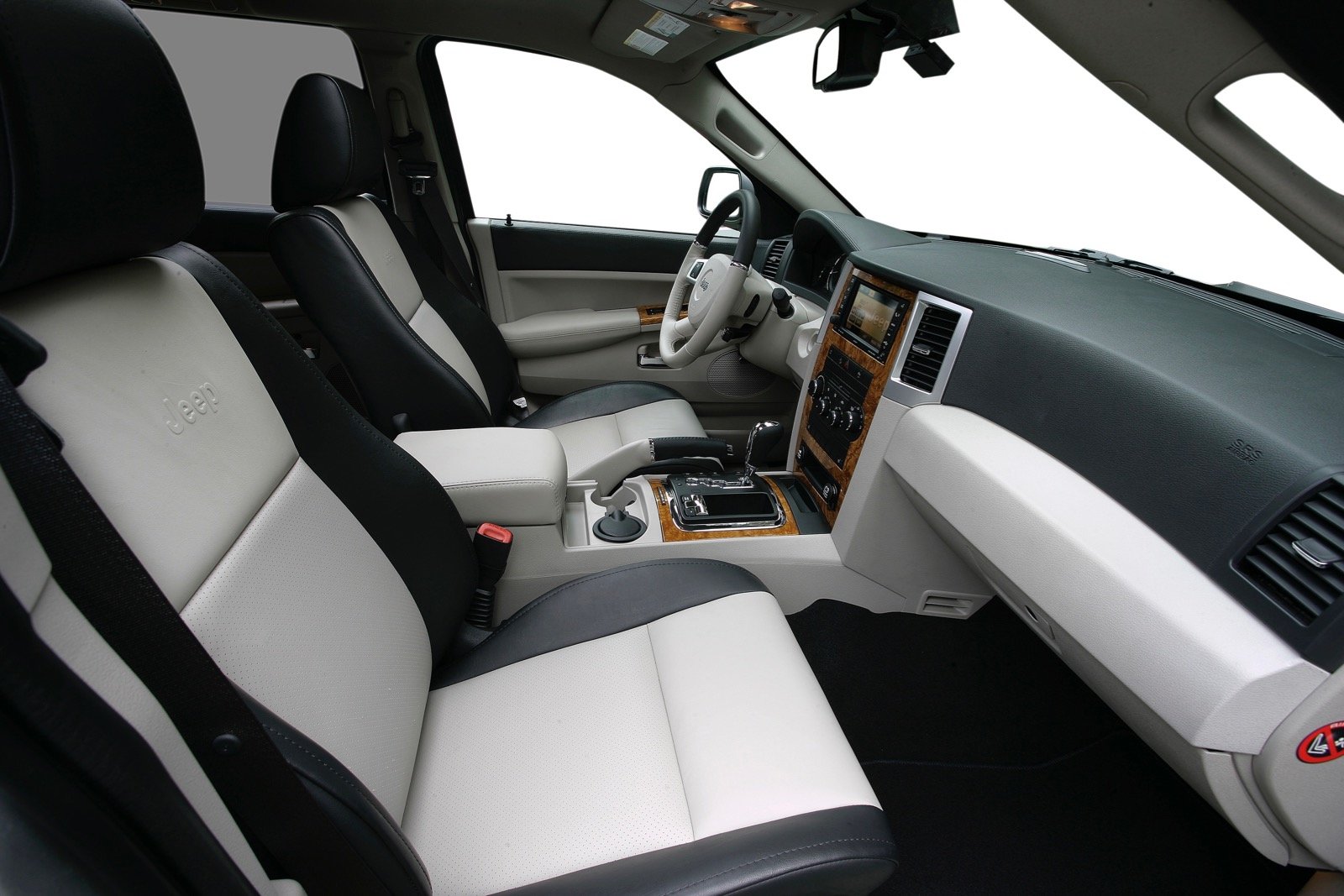 Though Jeep labels the Grand Cherokee as a full-size sport utility vehicle, its interior dimensions and capacities are much more in line with midsize vehicles. The cabin is packed with a mix of hard plastics and cheap-feeling materials that run counter to what the vehicle’s price tag would lead buyers to believe. The front seats are cushy, wide, and deep, but are too flat to be supportive on curvy roads or, more importantly, while bouncing through the woods.

Unfortunately for adults stuck riding in the back seat, legroom is more on par with a midsize sedan than a midsize SUV. Rear seats are mounted low and close to the floor, which means tall adults will have to ride with knees bent sharply. There is, at least, a solid amount of headroom, and the available sunroof doesn’t cut into that space to a noticeable degree.

Parents will enjoy the Jeep’s large rear doors for loading and unloading kids in car seats. Their square shape and wide opening make installing the seats easy, and greatly reduces the chances of bumped noggins on the kids’ way in or out. Behind the rear seat, the Jeep’s cargo area can accommodate several carry-ons and swallows up large suitcases with ease. 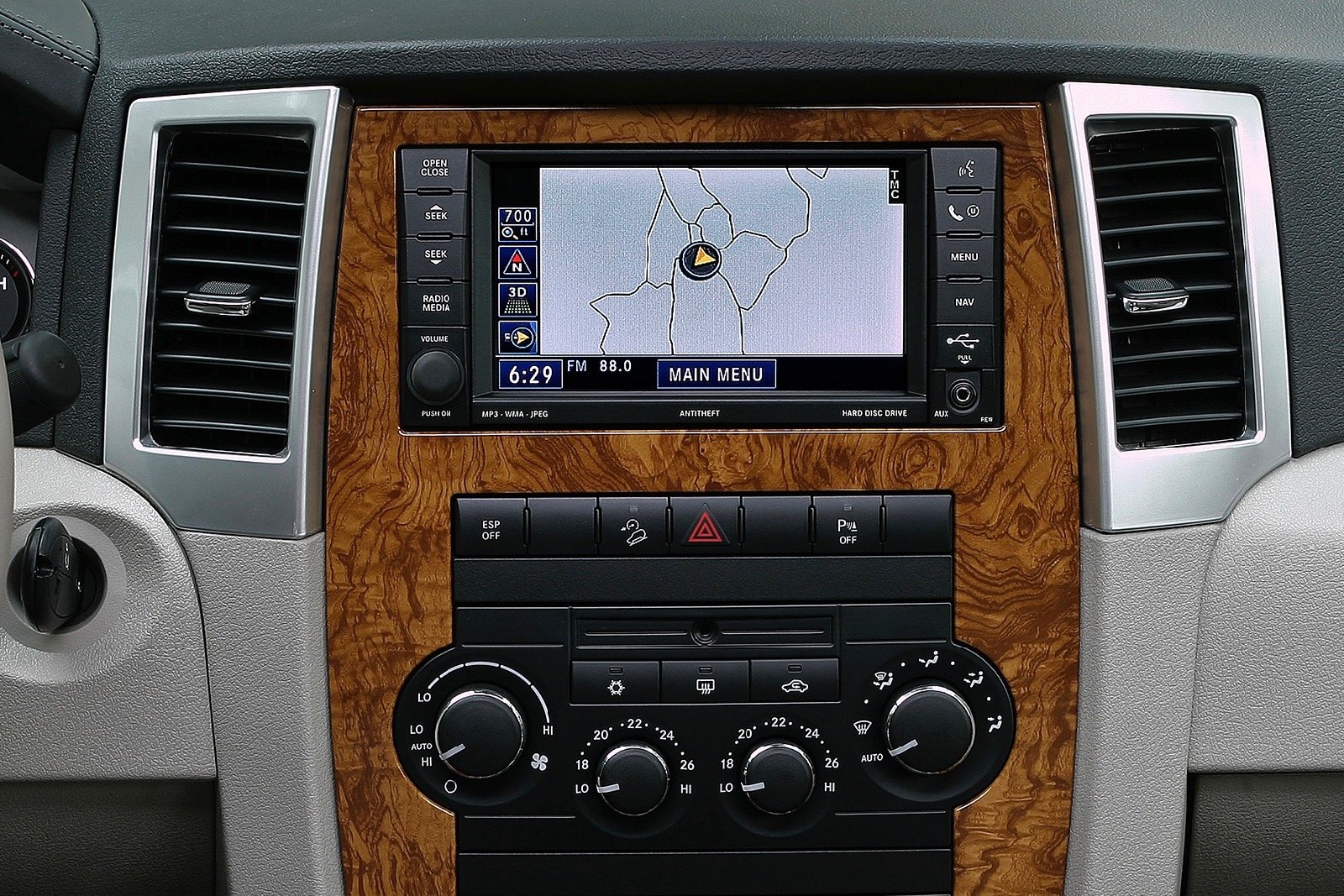 The Jeep MyGig entertainment system is simple, but that simplicity makes it incredibly easy to use on the go. That ease of use, combined with clearly labeled controls on the dash, reduce distraction that can come from searching for the right button or option. 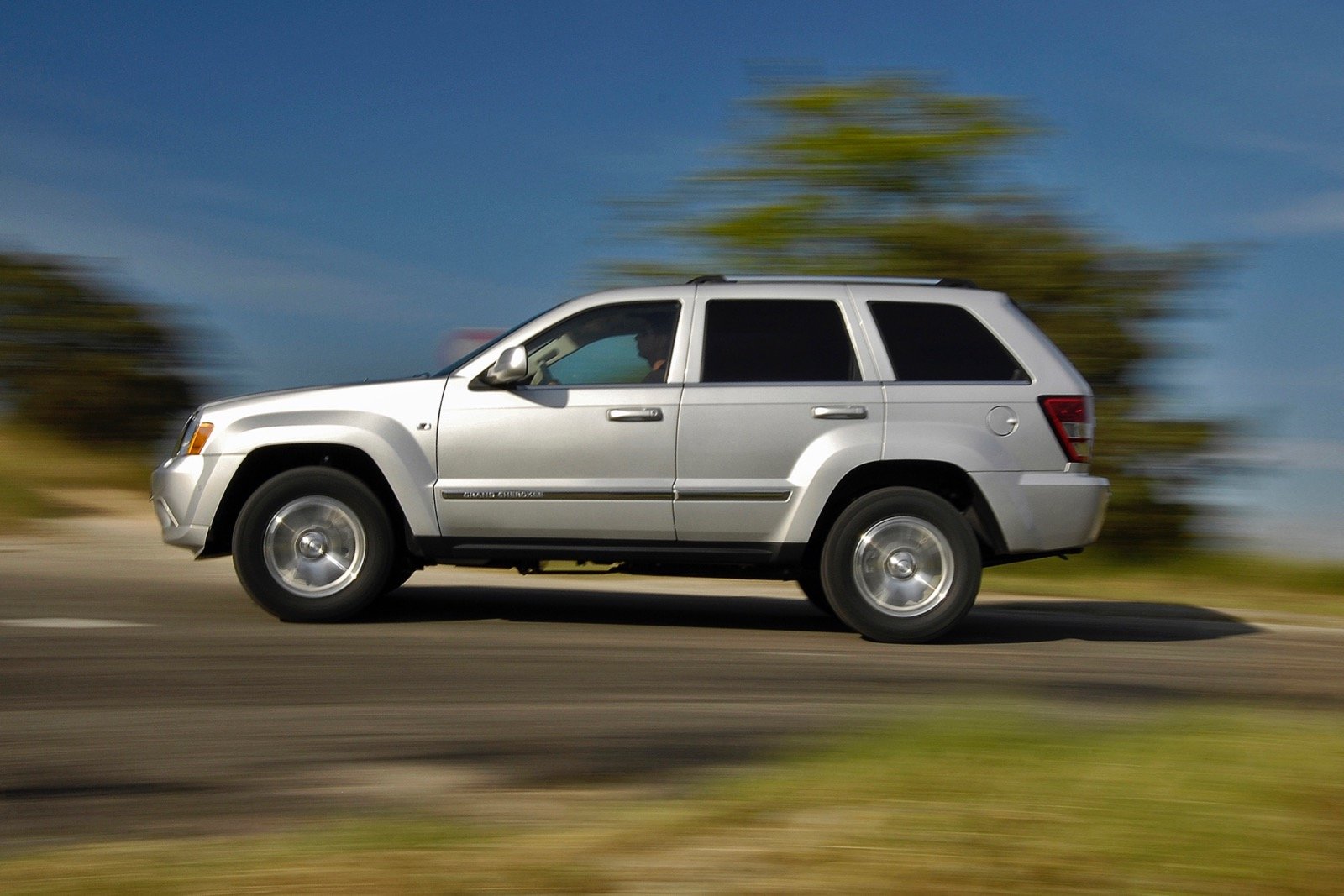 Crash-test results were a mixed bag for the Grand Cherokee. The Insurance Institute for Highway Safety (IIHS) rated it "good" for moderate-overlap front crashworthiness, "marginal" for side crashworthiness, and "good" for head restraints and seats. The National Highway Traffic Safety Administration (NHTSA) awarded the Jeep five stars for front crash protection, five stars for side protection, three stars for rear-wheel-drive models’ rollover resistance, and four stars in the same category for models equipped with four-wheel drive. 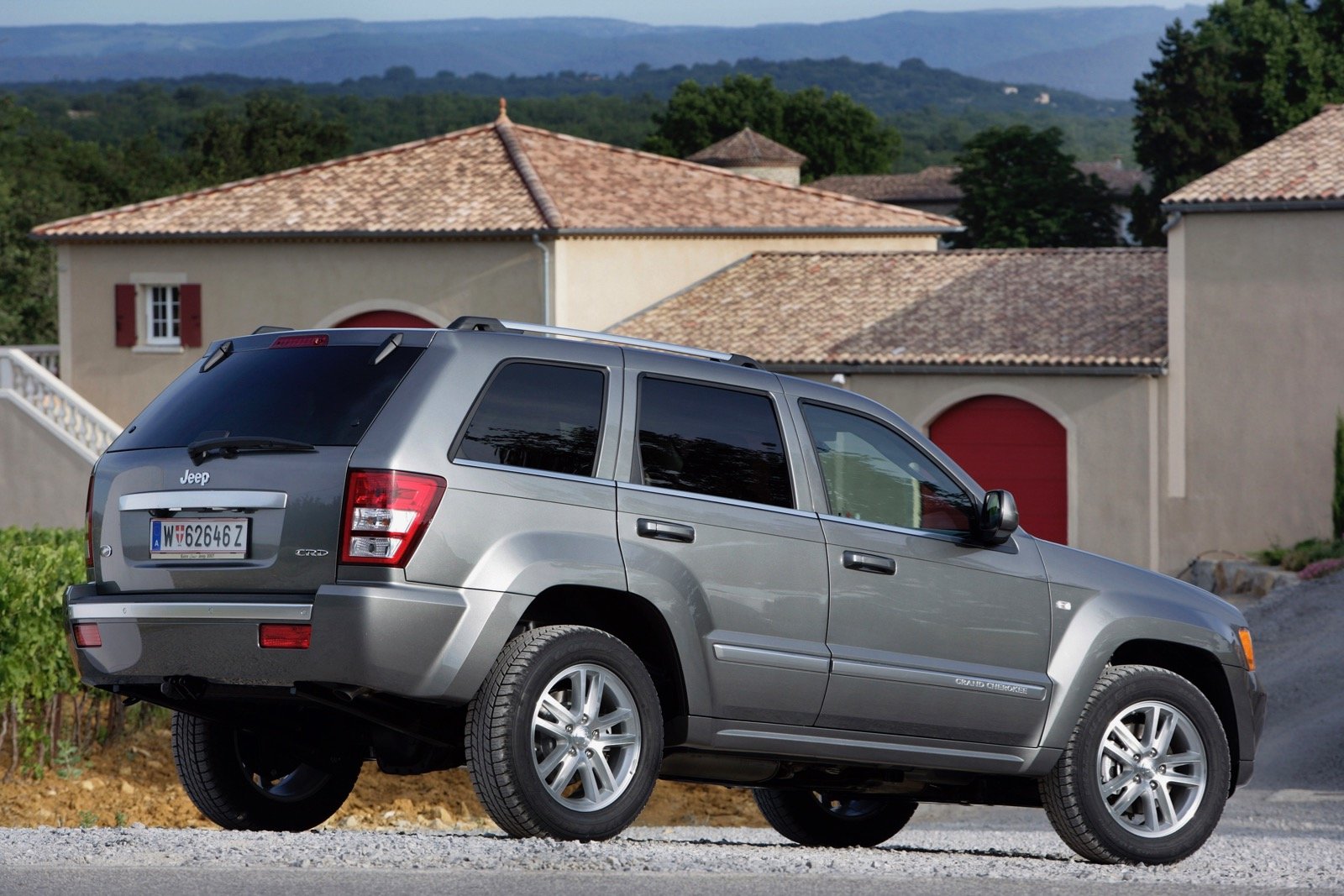 What's your take on the 2007 Jeep Grand Cherokee?

Users ranked 2007 Jeep Grand Cherokee against other cars which they drove/owned. Each ranking was based on 9 categories. Here is the summary of top rankings.

Have you driven a 2007 Jeep Grand Cherokee?
Rank This Car

I need your help! I have a 2007 Jeep Grand Cherokee Limited 4.7L V8. The problem I am having is two-fold, but I'm not sure if they are related. Problem 1 (the biggest problem): Occasionally the eng...

Jeep Not Wanting To Start When Engine Warm

it overheated, the mechanic told us it blew a head gasket, needs a new engine and radiator, and would cost us to fix it just about what its worth. the body and interior is in great shape, heated lea...

Why The Fan On My Car Not Working?

2007 jeep grand cherokee fan not working even with new fan, new fuses. can't find the relay. looked under the passenger headlight bumper not there. hellllp