The 2007 Honda Pilot is the ultimate family vehicle for people who dislike minivans. 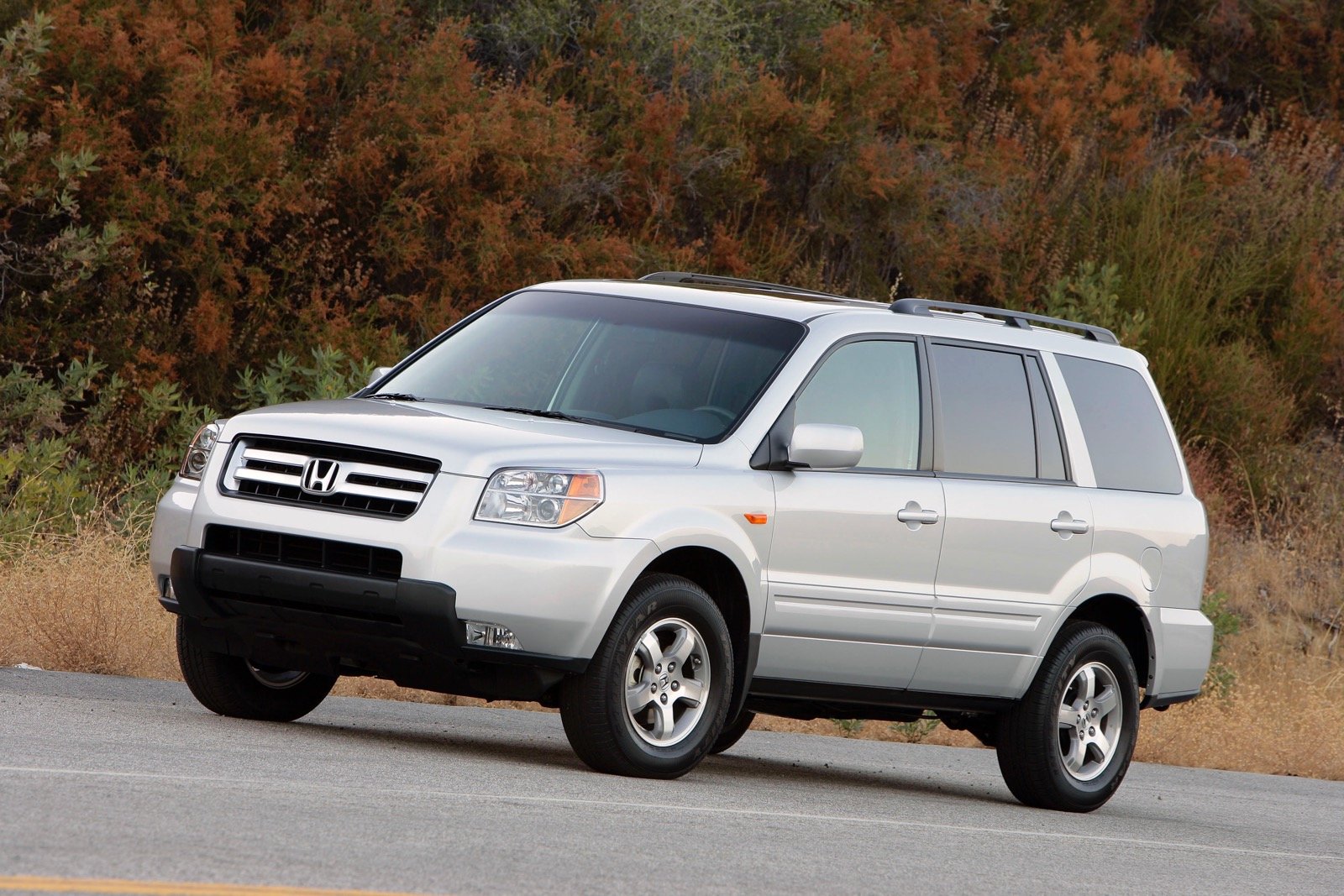 The popular Honda Pilot was refreshed for the 2006 model year with a new look, new tech, and updated safety equipment. Changes for 2007 are more subtle, amounting to some new colors, but the vehicle remains relevant in the face of growing competition.

The Pilot lineup is powered by a single engine for the 2007 model year. It’s Honda’s corporate 3.5-liter V6, which makes 244 horsepower and 240 pound-feet of torque. Power is sent to either the front or all four wheels through a five-speed automatic transmission. Honda calls it four-wheel drive, but the Pilot's drivetrain actually uses an all-wheel drive system.

The Honda Pilot competes in a crowded class that includes the Acura MDX, Chevrolet Traverse, Dodge Durango, Ford Explorer, Kia Sorento, Toyota Highlander, Hyundai Santa Fe, and Nissan Pathfinder. It’s targeted at new-car buyers that want the utility of a minivan with the rugged appeal of an SUV. 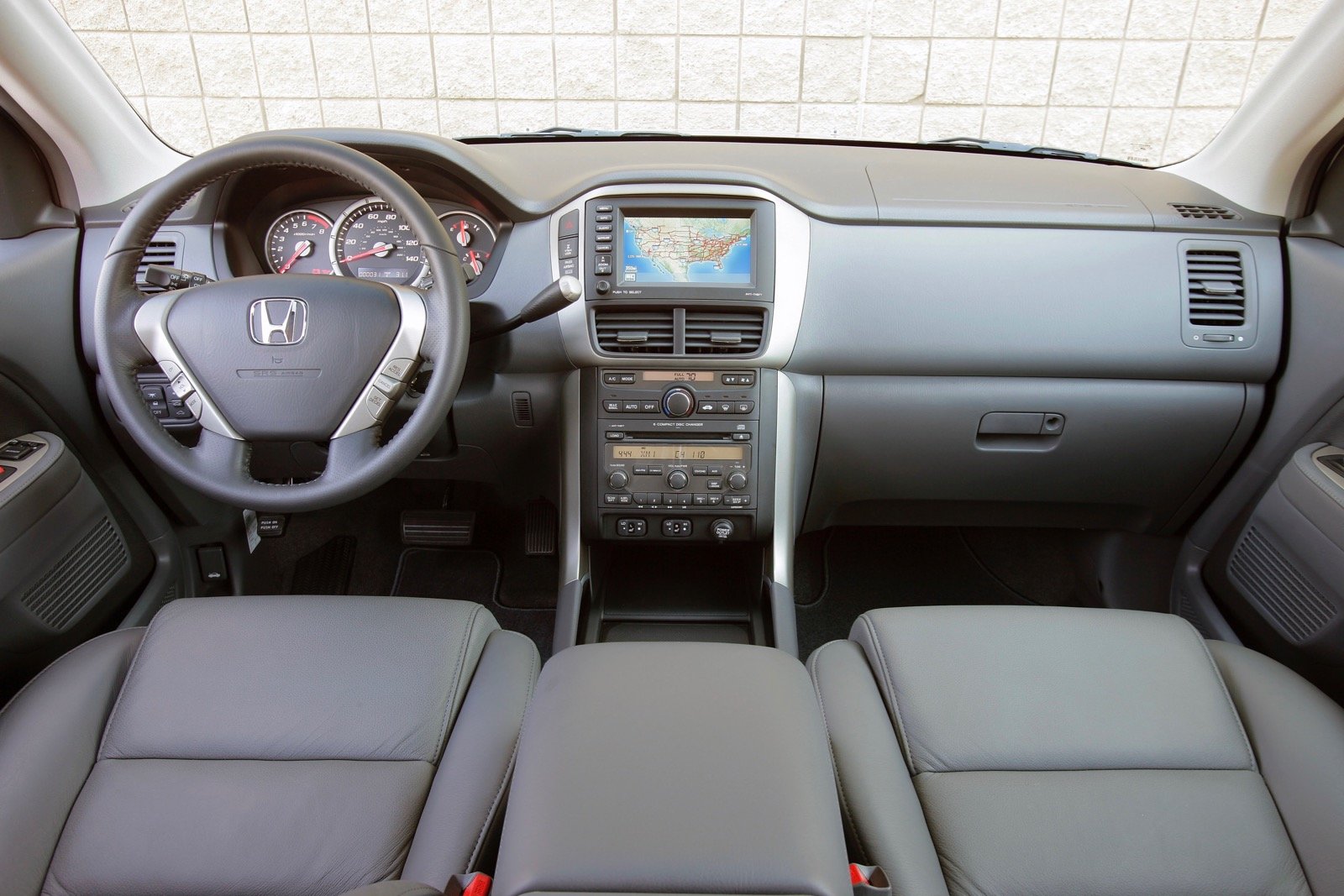 Where its styling once resembled a scaled up version of Honda's CR-V, the Pilot now has its own identity and body style. It’s still an upright, boxy vehicle, but Honda has softened its lines with tasteful applications of chrome and body molding. The vehicle offers large windows and a tall roof that maximize visibility in almost all directions from the driver's seat.

Inside, the Pilot puts its real estate to good use, offering several family-friendly features. The front seats are wide, flat, and well-padded, while second-row passengers will enjoy generous head and leg room. The dash and center console are sparse but organized, and offer the ability to control various vehicle functions without much distraction. 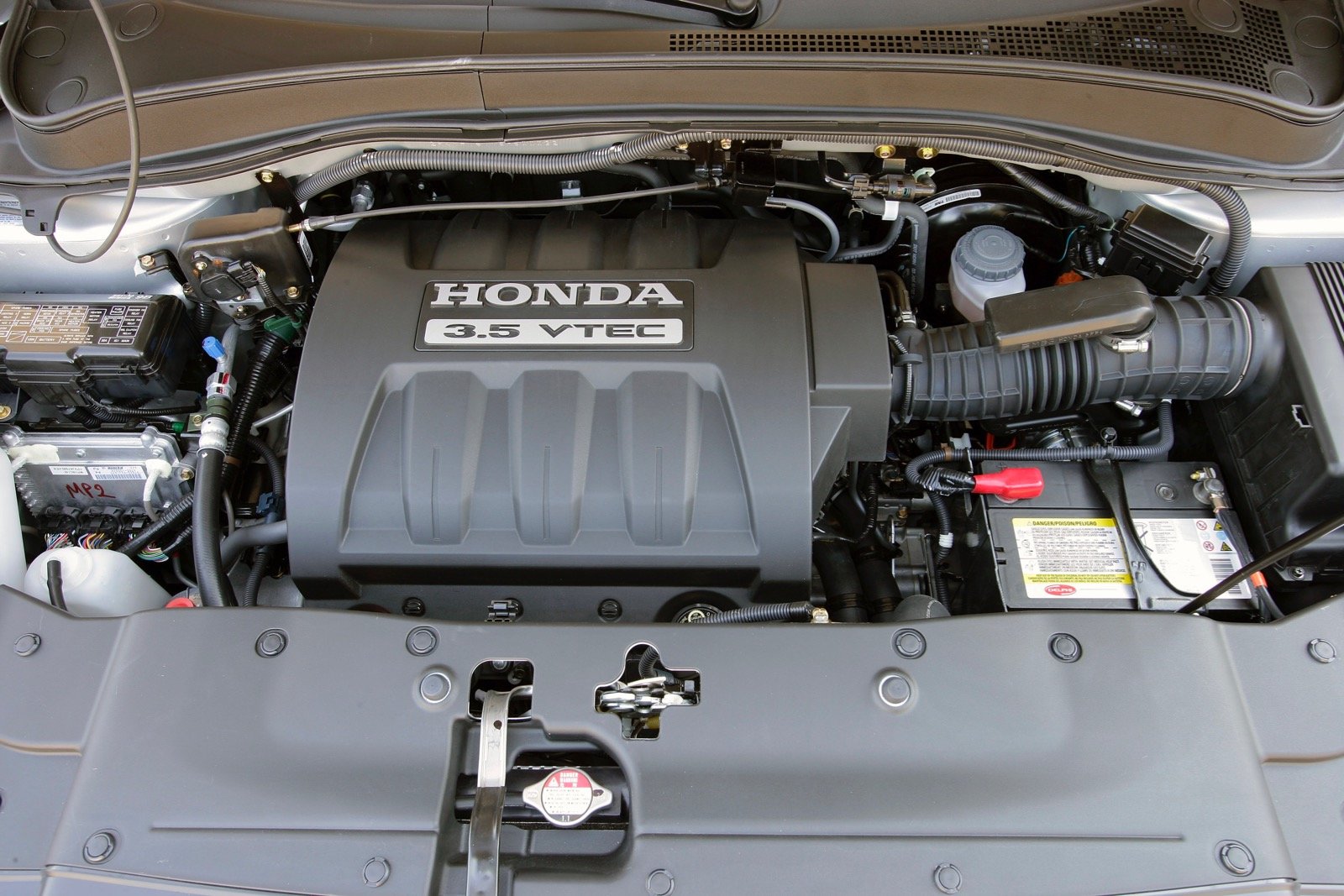 Honda has used its venerable V6 engine in several vehicles at this point, and there’s good reason for that. It’s more than strong enough for a vehicle like the Pilot and offers ample acceleration when asked. It’s quiet and refined most of the time, but can belt out a convincing tune under heavy acceleration. The five-speed automatic transmission works well with the engine to keep it in its power band, but another gear would be nice for highway travels.

The Pilot’s size is its biggest advantage for family buyers, but it’s also a challenge to keep all that mass in check. The Honda’s suspension system mostly does a good job at containing body roll and movement when the roads become curvy, but there’s no denying that the Pilot is a big vehicle and drives like one. 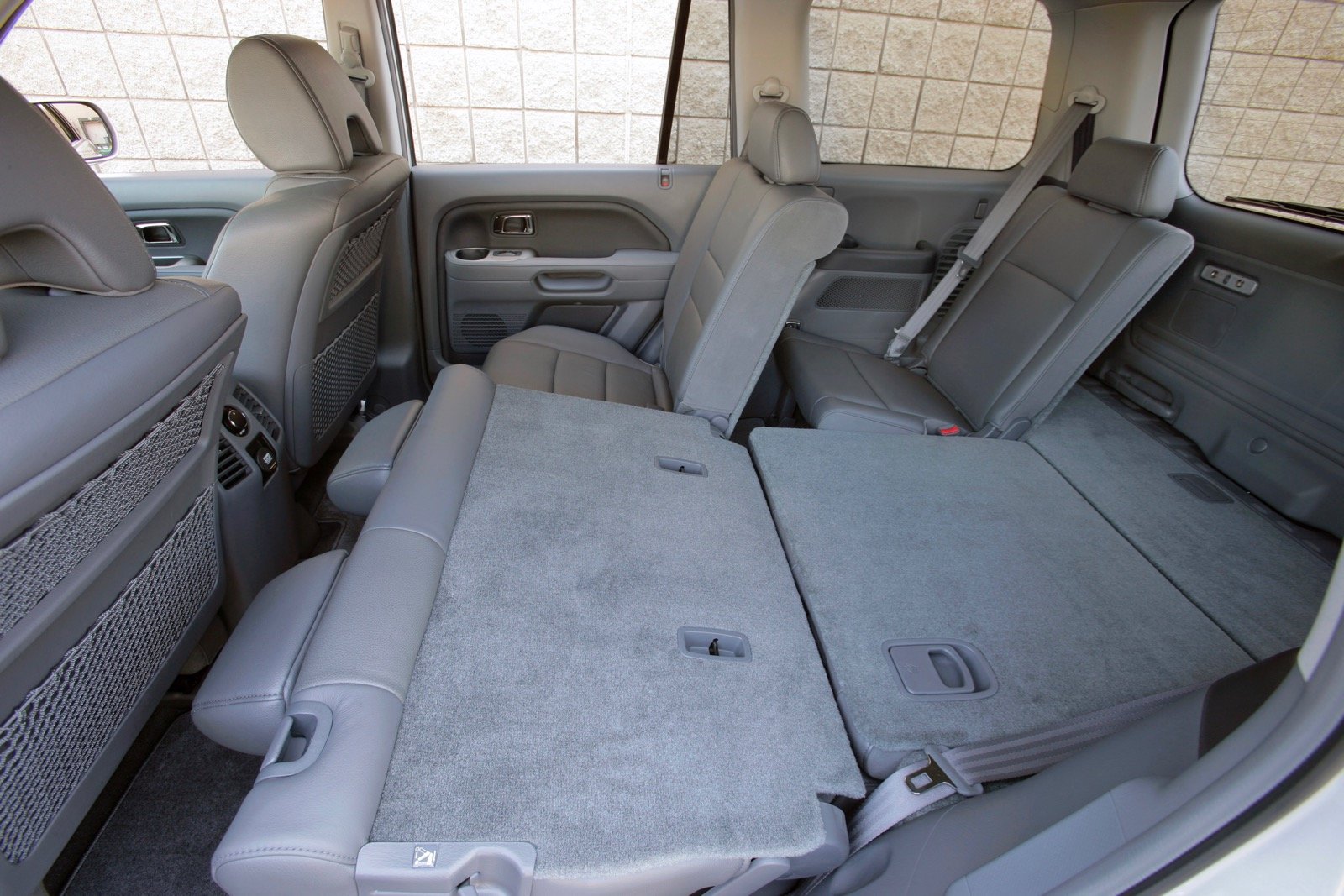 Pilot buyers won’t be yearning for a minivan like the Honda Odyssey any time soon. The vehicle’s expansive interior—with seating for up to eight people—is flexible, versatile, and comfortable for anyone lucky enough to be riding. Front passengers and second-row passengers are treated with generous headroom and legroom, and the third-row seat is roomy—even for adults—for shorter rides around town. This makes the Pilot a great car for people with kids and tons of gear to haul.

With the second-row seats folded up, the Pilot can carry 48.7 cubic feet of cargo, but that shrinks considerably when the third row is up. With all seats folded down, the cargo area opens up to an impressive 90.3 cubic feet of space. 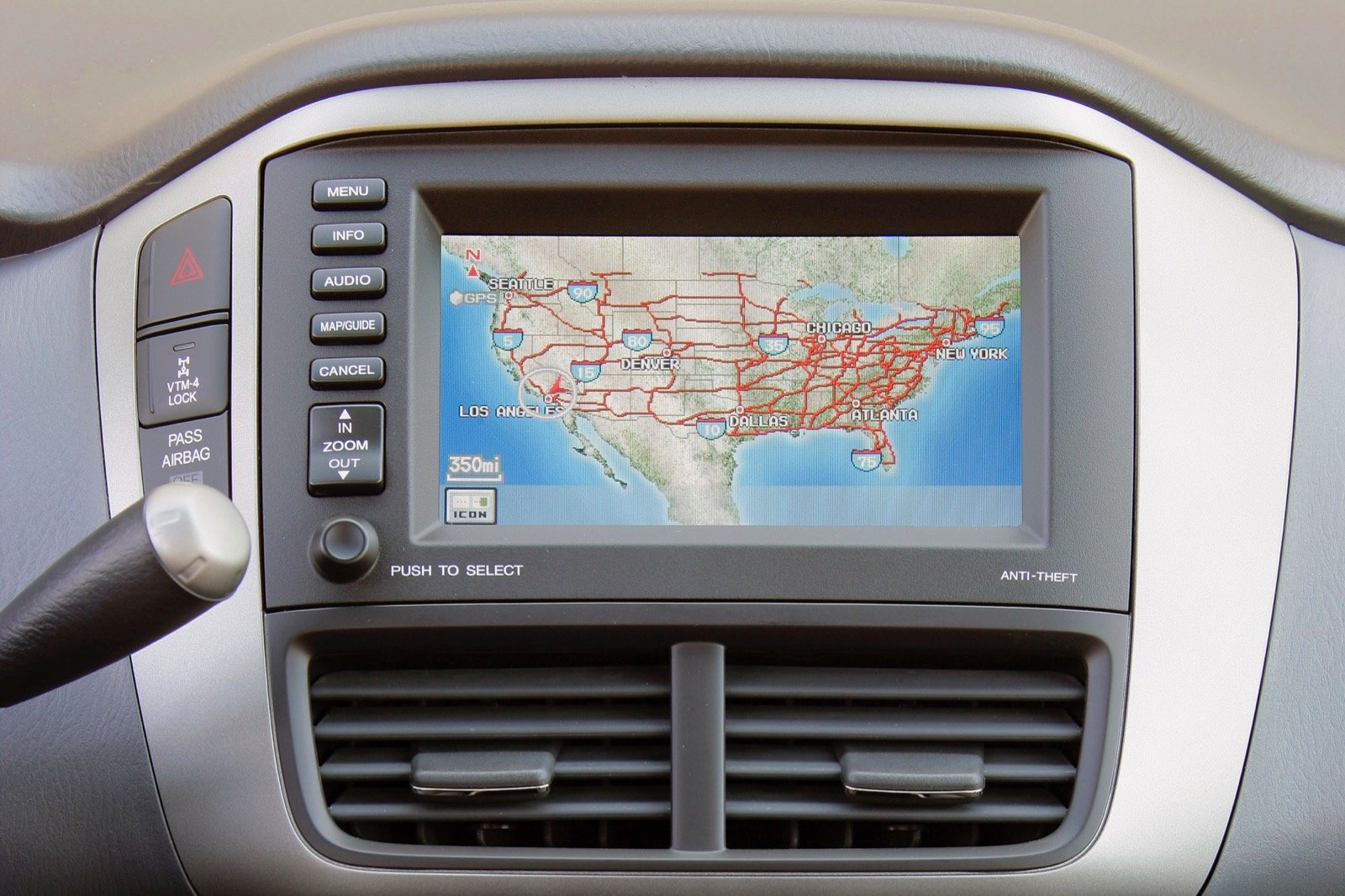 The Pilot’s tech offerings are simple, but work well for families. One big downside here is that the optional rear-seat DVD entertainment system cannot be ordered alongside the nav system. 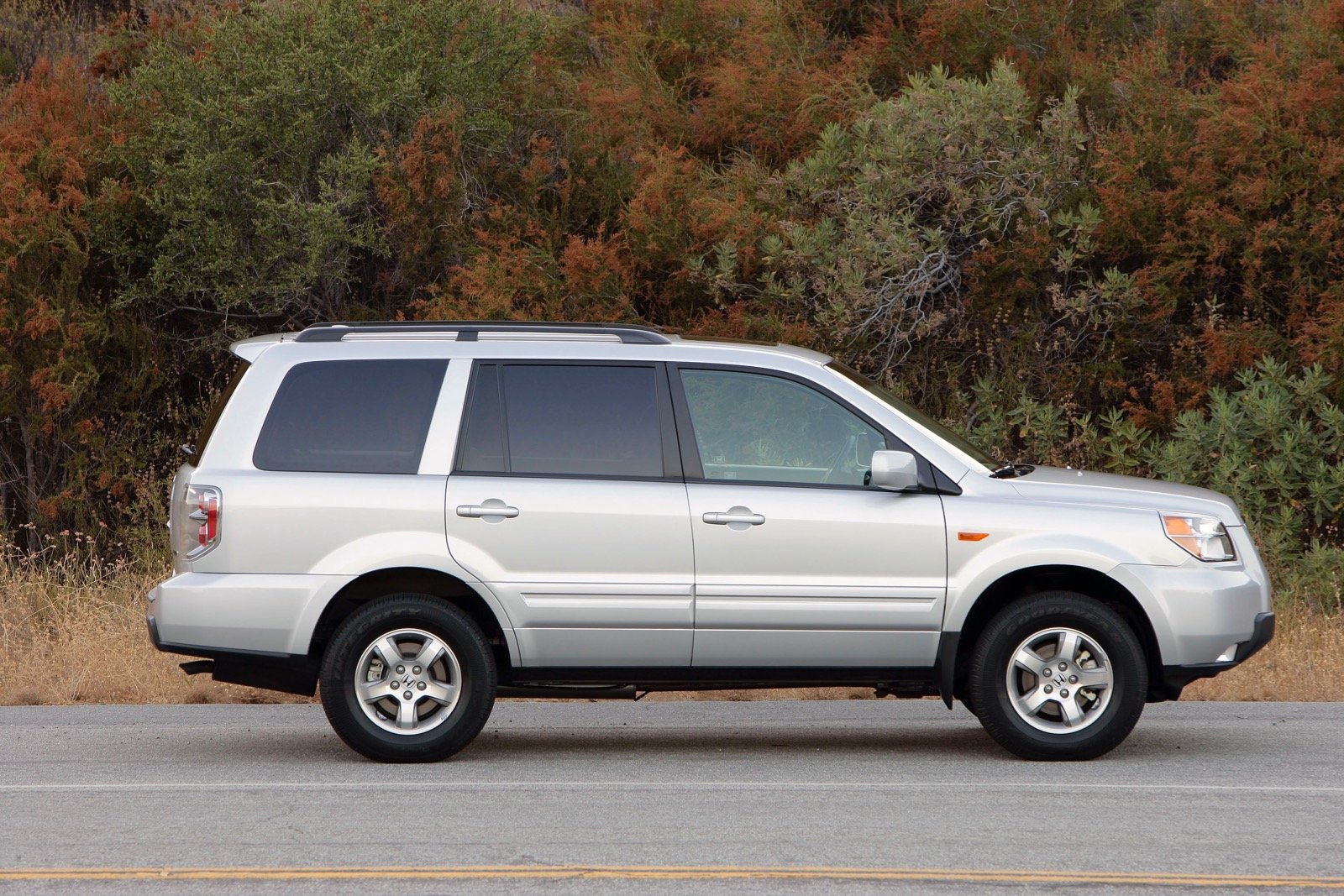 The Insurance Institute for Highway Safety (IIHS) awarded the 2007 a Top Safety Pick designation, which includes the highest "good" rating in all crashworthiness categories. Similarly, the National Highway Traffic Safety Administration (NHTSA) rated it five stars in all categories except for rollover resistance, where tall SUVs typically don’t do as well as smaller cars. 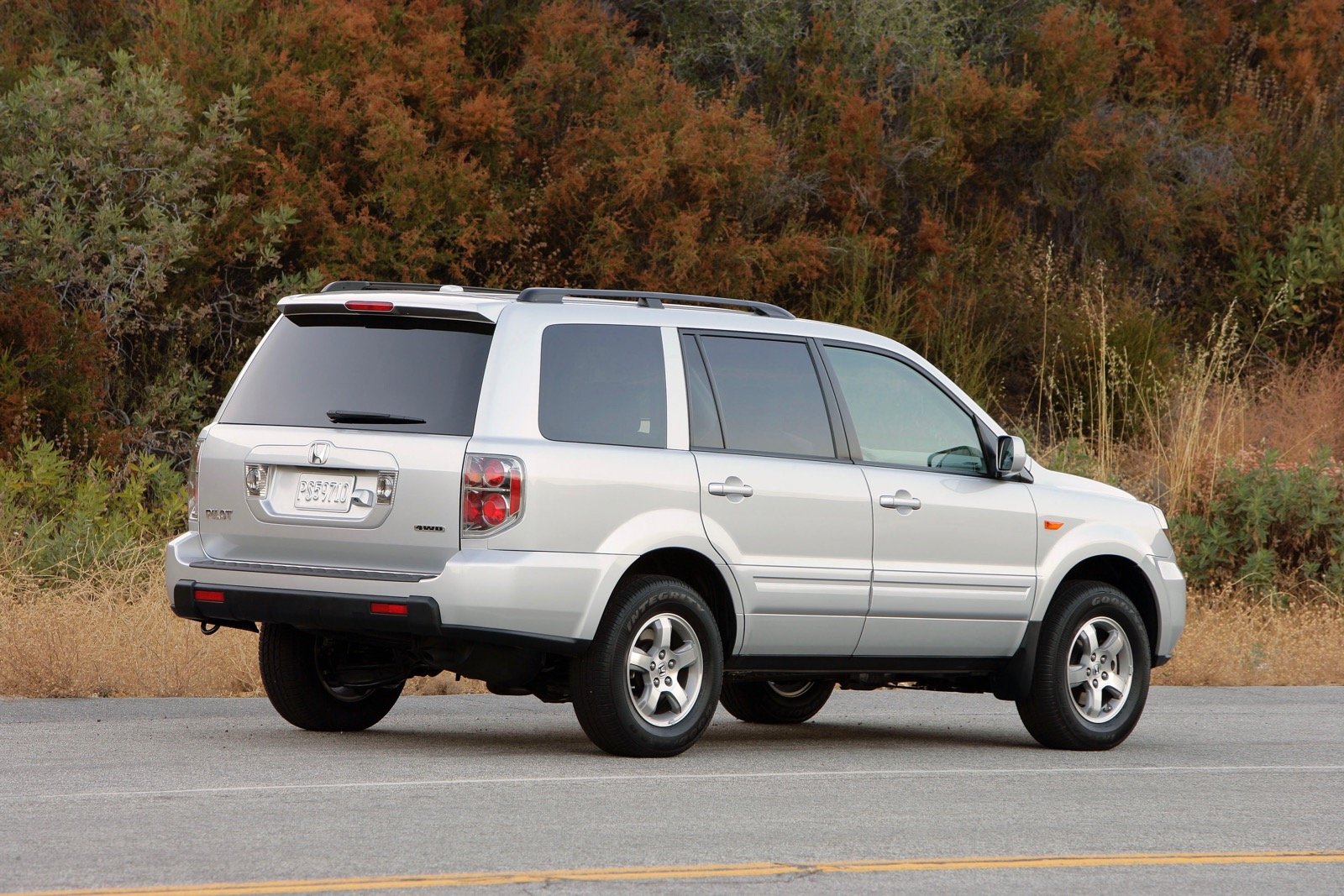 The Pilot can get expensive in some of its forms, but in this case you get what you pay for. Top trims like the Honda Pilot EX-L have a near-luxury feel and cushy interior to justify their MSRP. There are options available, but not many, and those that can be added are affordable. EPA fuel-economy estimates are a sticking point, as the large, heavy, Pilot achieves just 17 mpg combined with four-wheel drive (AWD, in this case) and gas mileage of 18 mpg combined with front-wheel drive.

GuruL5LL1 Love it! 183,000. Don't want to ever get rid of it! Looked at new ones, and other later models, but this one is too cool! Will probably have to bite the bullet? WAG from Elizabethtown, PA

Have you driven a 2007 Honda Pilot?
Rank This Car

My temperature gauge is going up in traffic and down when driving. What's the issue?

Can't See Message From Seller. How Can I See And Reply

Wiper intermittent function not working. Slow speed works. High speed works but not much faster than the slow speed. When you turn the wiper off it will stop without in the middle without reaching all...

I purchased a 2007 Honda Pilot from a dealership in Phoenix AZ. I found on Car Gurus while living in Bozeman. The high beam headlights, brake lights turn signals and radio are all not working on d...

Can Front End Collision Cause Oil Sludge To Clog Things

I hit a deer with my 2007 Honda Pilot. Body shop put about $4000 into fixing it. Picked it up and within 2 miles car was shaking badly, sounded like the motor or transmission was going to fly apar...

15 views with 4 answers (last answer about a year ago)