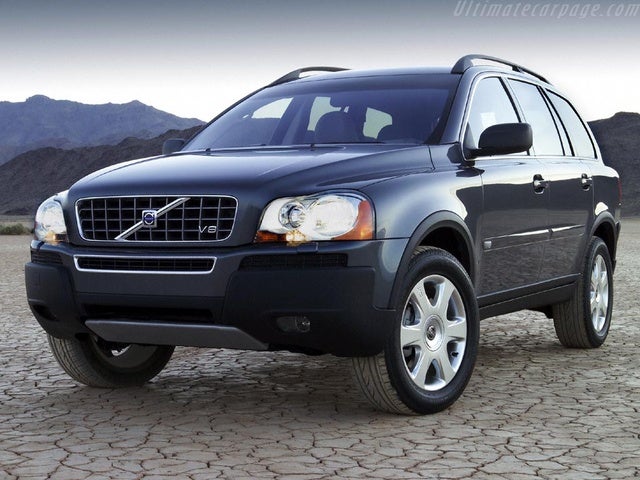 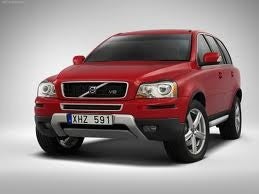 There are happy - and safe - families all over the road now, thanks to Volvo's very popular XC90. If you're carrying your kids around in a 2006 XC90 with the optional rear-seat entertainment system, you are probably not hearing a lot of "Are we there yet?"
With Safety Volvo's middle name, many lifesaving features come standard: driver and passenger air bags, ABS, protective side-beams, whiplash-reducing headrests, traction control, and stability control. The 2006 XC90 was awarded the full 5 stars in the NHTSA Frontal Crash Test for the driver's side and 4 stars for the passenger's side. It also scored 4 stars in the Rollover Test. In the Side Crash Test it achieved 5 stars for both the Front Side and the Rear Side.
This model year no longer sees the T6 AWD, which has been discontinued now that there's an even more formidable V8 available. The available trims are the 2.5L Turbo, the 2.5L Turbo AWD, and the 4.4L V8 AWD. As a true luxury mid-size SUV, it is not available in a strictly manual transmission, but the automatic can be shifted manually when the driver prefers.
Other standard equipment includes air conditioning, CD player, power windows, power door locks, and power seats. The optional navigation system is something to see, as its screen is stowed within the dash when not in use.
Drivers of the 2006 XC90 raved about its comfort, handling, safety features, size (neither too small nor too big), storage space (even with rear seat down), pep, and great array of standard features. The great majority found this vehicle to be a wonderful value for the price paid, especially when compared to the other mid-sized European SUVs, whose manufacturers apparently aren't as generous when it comes to standard features.
The negatives were few, but one or two drivers cited a somewhat problematic blind-spot that took some getting used to. Others complained about the lack of a remote-start option for pre-warming their heated seats on cold mornings, as well as the lack of a stowing space for sunglasses.

What Does The W Stand For On The Gear Shift Of My Volvo Xc90?

Hissing Sound When I Press The Brake Pedal

I hear a hissing sound when I press the brake pedal and it gets harder to press it. What could it be?

Hi , anyone has idea what would be a fair labor cost to replace volvo xc90 engine and transmition? (I have the new engine/transmition)

Last summer we noticed our A/C didn't seem to be cooling as much as it used to. We had A/C checked and were told by dealership that coolant levels were fine but battery needed replacement. Replaced ...

50 views with 3 answers (last answer about a year ago)