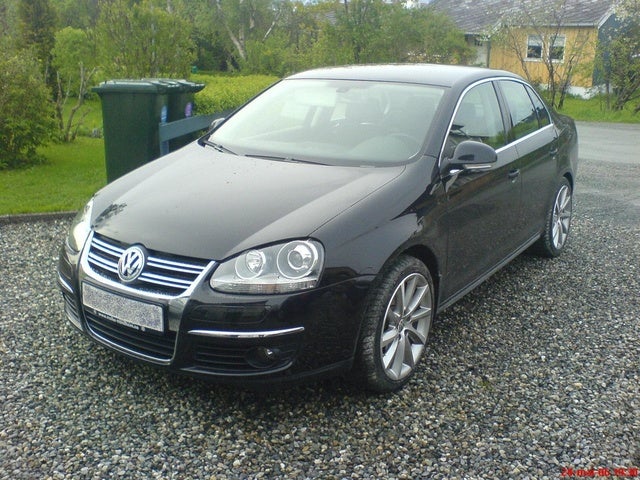 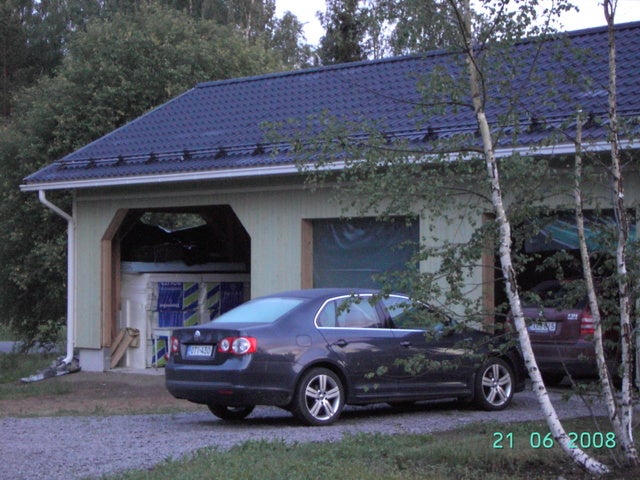 Also new was a high-end Jetta GLI, which came with the same engine and transmission as the 20T, but added a sport package that included high-intensity xenon headlights, sport bucket seats, a tighter suspension, and larger 17-inch wheels.

The base engine for the 2006 Jetta was a 150-horsepower, 2.5-liter five-cylinder powerplant, which was linked to a standard five-speed manual transmission. A six-speed automatic was optional. The base engine powered the Jetta 2.5L trim package, as well as a Value Edition Jetta, which came with a basic list of standard features that included air conditioning, power windows, power door locks, dual airbags, anti-lock brakes, and traction control.

While drivers found the Jetta's new stying to be a bit bland, when compared to earlier models, most had nothing but kind words for the 2006 models. Features and amenities were considered to be generous, and many drivers were impressed with the car's performance, particularly the turbocharged models with the six-speed manual transmissions. On the negative side, some drivers pointed out that gas mileage could be better.

What's your take on the 2006 Volkswagen Jetta?

Ace This car is Amazing. I bought mine off of my grandma. the 2006/07 VW Jetta Tdi, with the spoiler. I will admit that I am as tough on cars. In terms of looks, it might be kind of bland. It look not long enough 90% of the time you are looking at it. If it does not have a spoiler, It emits the same level of fun as a old librarian. Volkswagen has perfected their logo, and they are not afraid to show it off. you cant take a picture of the car with out the logo hiding some where. even the headlights have the classic VW visible. But i love that. The rims are sturdy, none of that hubcap crap. and the clearance is just enough to make it over the curb if you pull up to far. the doors make the solid thunk that gives you no reason to check if its closed all the way. Now onto the interior. Mine has wonderful heated leather seats, with lumbar support and electric positioning. everything sits where it needs to be. the steering wheel is set up perfectly for the way people actually drive. cruise control at 7 o'clock, turn signal at 10, and windshield wipers at 2. I'm keeping it simple but i could go on for hours. Now the real reason i love this car. its fun to drive. The pull handbreak is perfect for doing donuts in the snow or mud, with a little practice, you can make the car make cool turbo noises. the sound system is amazing, with tactile knobs for adjustments, and the purple and red lights make it look suave. the slapstick gives it some pizzaz when on long car trips, and the gas mileage is to die for. The one thing that is not perfect is the horn. it sounds like bleeker from the muppets.

Users ranked 2006 Volkswagen Jetta against other cars which they drove/owned. Each ranking was based on 9 categories. Here is the summary of top rankings.

Have you driven a 2006 Volkswagen Jetta?
Rank This Car

Alexis asked a 2006 Volkswagen Jetta 2.5L Car Selling & Trading In question about a week ago

Will I Be Charged If I Already Canceled My Ad?

I sold my car and closed the ad on car gurus, but I am wondering if I will still be charged for the post even if it isn’t up for sale anymore, and how I prevent that.

My Car Is Leaking Antifreeze

I brought my car to the shop and they can"t find the leak. Is this comment for a Jetta

Is There A Way To Manually Lock The Front Passenger Door Of A 2006 Jetta TD...

The front passenger door will not lock when I use the key fob or the driver's side panel. The door is ajar sign is also on. I have ordered the part to fix the issue (electronic), but it won't arrive f...

On 2006 Jetta TDI, cooling fan won’t turn off, even after pulling fuse from box at battery. Only battery disconnect will stop it.