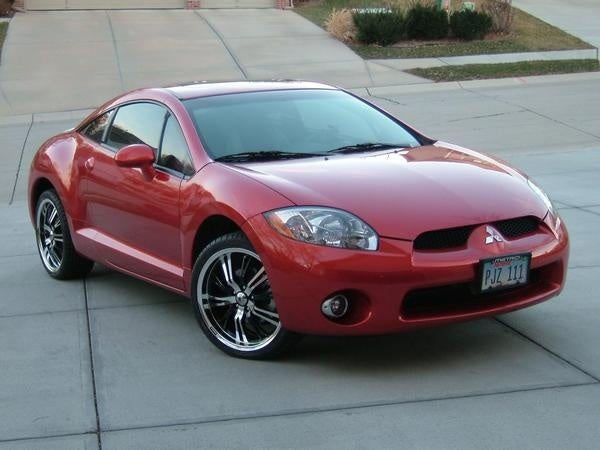 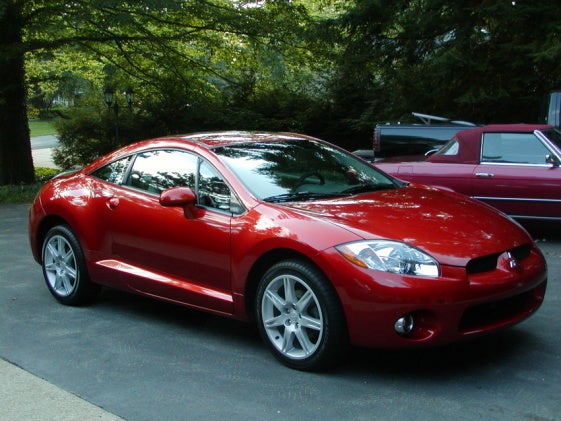 The Mitsubishi Eclipse returns completely redesigned for 2006, with more power and safety features. The fourth generation coupe features a look reminiscent to the mid-1990s models, but the track has been widened by 2.4 inches and the wheelbase is extended ever so slightly, by about an inch. Mitsubishi has addressed the consumer complaints about the Eclipse interior, as the new model features more head and leg room, higher quality materials, and a better overall design.

The lineup has been streamlined again for 2006; down now to two trims. The base level GS and the V6-powered GT both come standard with full power accessories, keyless entry, cruise control, air conditioning, a CD player and alloy wheels. The GT gets a few additional items, but most of the desirable amenities are optional. Add-ons include leather upholstery, automatic climate control and a premium Rockford Fosgate sound system.

The GS now houses a more powerful version of the 2.4 liter inline four, which generates 162 horsepower and 162 pound-feet of torque. Transmission choices include a five-speed manual transmission or an optional four-speed automatic with Mitsubishi's sequential-shift Sportronic feature. The new GT is powered by a 3.8 liter V-6, delivering 263 horsepower and 260 pound-feet of torque. The GT gets a six-speed manual or a five-speed automatic with Sportronic. Best case fuel economy is 23/29 mpg, with the four cylinder engine mated to the manual transmission. At the other end of the spectrum, the six-speed/V-6 combo gets an EPA estimate of 18/27 mpg.

Despite the full overall, cheers and jeers for the Eclipse remain about the same. Consumers and reviewers list V-6 acceleration and handling as the most desirable features, while rear seat room and noise control are again cited as areas in need of attention.

Critics agree that the Eclipse interior has been significantly improved with this new model. Front seat comfort is excellent, and the dash layout is far more attractive than before.

What's your take on the 2006 Mitsubishi Eclipse?

Have you driven a 2006 Mitsubishi Eclipse?
Rank This Car

Why Is The Water Pump Leaking?

So original motor blew and had to buy a used one we've replaced the water pump and timing belt and everything but can't get the water pump to stop leaking we've tried multiple pumps and gaskets and...

Will A 2.4L From A Chevy Work In An Mitsubishi?

I have a 2006 Mitsubishi eclipse w a blow 2.4L engine. Would a 2.4L engine from a Chevy cavalier work in my eclipse?

My 06 mitsubishi eclipse shut off while I was driving and now it clicks when I try to turn the key to run, I put a brand new starter but still does the same. Im sure it's a bad pump but how can I t...

My car cranks but does not start. The Timing belt broke; I've replaced it. Thinking this was going to be the only issue, other than the bent valves (I've also replaced the head with a refurbished on...

498 views with 7 answers (last answer about a year ago)