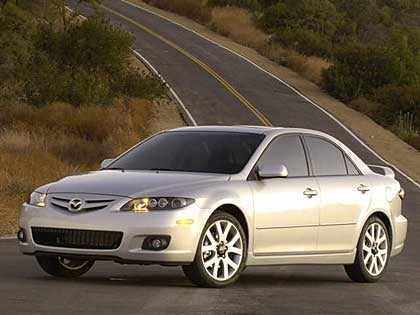 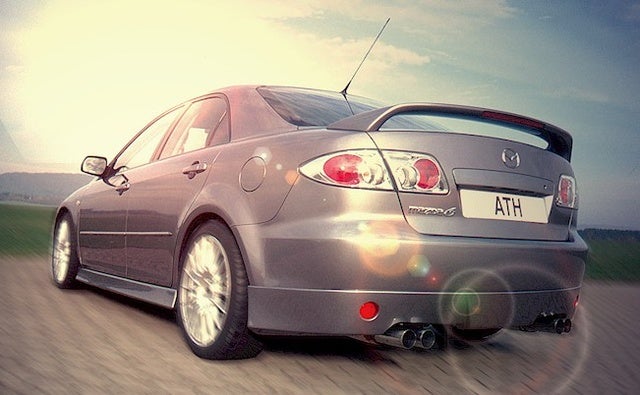 For 2006, the Mazda 6 sedans, five-door hatchbacks, and wagons were available in a wide variety of trim packages. New for the year was a high-end Grand Sport package, which added such features as heated seats, xenon high-intensity headlights, heated exterior mirrors, a power glass sunroof, and a Bose audio system to an already extensive list of features. Other trim packages included the Sport and Grand Touring packages, in addition to the base models.

Drivers were attracted to the Mazda 6 vehicles for their smooth handling, comfortable interiors, sporty styling, and good value. Some drivers noted minor problems with the cars, but since most of the cars are still under warranty, these problems have proven to be easily resolved.

Users ranked 2006 Mazda MAZDA6 against other cars which they drove/owned. Each ranking was based on 9 categories. Here is the summary of top rankings.

Have you driven a 2006 Mazda MAZDA6?
Rank This Car

Can The Ac Control That Goes Through The Radio Be Bypassed

06 Mazda 6 Is Jerking When Accelerating

My vehicle is around 140k miles. It has viberated while idled for awhile now. More recently, when accelerating it is very jerky (kind of sputters like when your running out of gas). It has yet to d...

272 views with 7 answers (last answer about a year ago)

Just bought a mazda 6 and the wool looking stuff connected to the underside of the engine cover is falling off everywhere, was wondering if it needs to be on there and if so where can I buy it.

194 views with 3 answers (last answer about a year ago)

I have a 2006 Mazda 6 and the alarm keeps going off randomly during all hours, sometimes multiple times in a row. I read that for the 2008 Mazda 6 the black alarm box is behind the glove box and was...

186 views with 1 answer (last answer about a year ago)