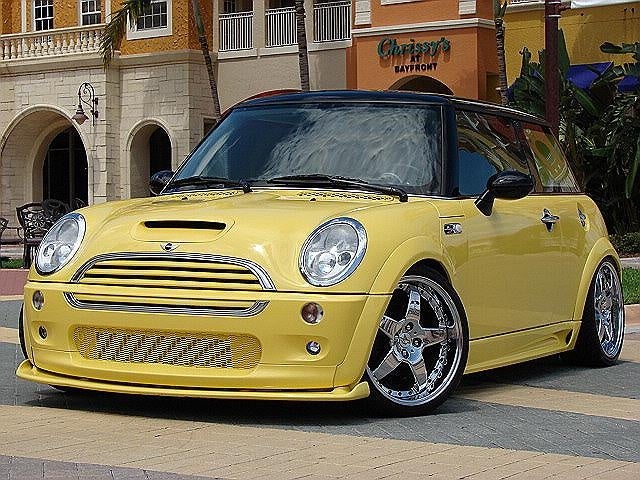 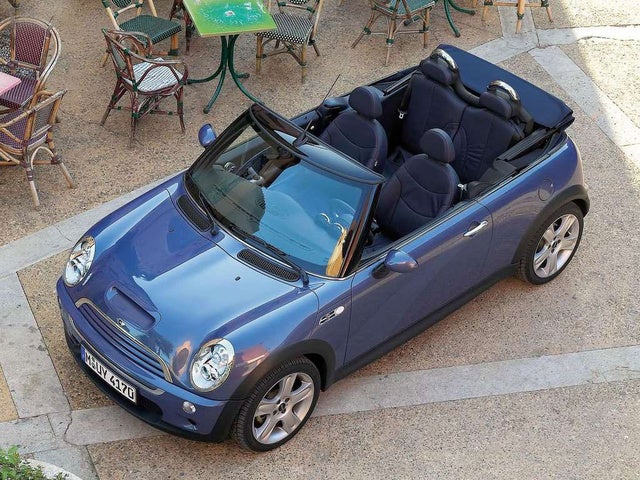 Part of the appeal of the two-door, front-wheel-drive MINI Cooper is its fun factor, according to many drivers. And for 2006, that fun factor was kicked up a notch with the introduction of a MINI Cooper with the factory-outfitted John Cooper Works performance package, which provided a power boost to the standard engines while still delivering acceptable gas mileage.

Named for John Cooper, an aftermarket tuner who applied his skills to the original Minis in the 1960s and whose shop is still in existence, the package included an upgraded transmission, exhaust system, and brakes, as well as an engine performance upgrade that kicked horsepower up to 207, and pushed the MINI from 0 to 60 in about six and a half seconds. Lighter wheels, a limited-slip differential, and a tighter sport suspension are also part of the package.

Inside, the John Cooper Works edition received carbon-fiber trim on the dashboard and special badging.

Power for the Standard hardtop and convertible models was provided by a 1.6-liter four-cylinder engine that produced 115 horsepower, while the S models were equipped with a supercharged version of the same engine, producing 168 horsepower.

The MINI Cooper was well-equipped with such standard features as air conditioning, power windows, power door locks, dual front and side airbags, an AM/FM stereo system with a CD player, remote keyless entry, and anti-lock brakes. The S versions received larger 16-inch tires (as opposed to 15-inch tires in the Standard model), as well as a hood scoop, traction control, and a sport suspension. Leather seats and a navigation system were among the options.

Drivers felt that even without the supercharged engine or the special performance package, the MINI Cooper provided a quick, sporty ride with pinpoint handling, all in a package you could easily park just about anywhere. Most drivers noted that the back seat was a tight fit for anyone older than a teenager, and that the ride could be a little too stiff at times, but overall drivers gave the MINI Cooper high marks.

GuruXFK1M I love every feature on the 2006 mini cooper (S ) and what stands out for me is that the handling and horsepower allow me to take on a bigger hp cars and trucks even v8 models and amaze them as they watch my tailights disappear into the distance. After talking to several v8 powered cars the owners were so impressed that they vowed to take a test drive in one of them very soon. To be able to do what it does and then have such good gas mileage impressed a lot of other so called sports cars. They wouldnt believe until i took them to a road course and they watched a mini cooper ( S ) outperform an american v8 on the corners and the trouble the v8 had to try to catch one before the next corner. This was in vintage racing and the mini drove round or under corvettes with ease and the 2006 does the same on a corner on regular roads..

Users ranked 2006 MINI Cooper against other cars which they drove/owned. Each ranking was based on 9 categories. Here is the summary of top rankings.

Have you driven a 2006 MINI Cooper?
Rank This Car

The Mini Cooper convertible has rear seats that feature a lock on the top of the seat. Turning the lock disables the opening latch inside the trunk. What is the purpose of locking them at all? Can th...

Why would my tachometer stop working ? About 2 weeks ago the tac and the outside temp reader stopped working ? In the evening the dash lights work on the tac, but not the tac it self ? The mini is...

451 views with 2 answers (last answer about a year ago)

My 2006 mini cooper won't start. It doesn't make any noises and the dash lights are coming on. Does anybody know what the problem could be?

I jumped it and it started right up. Let it run for about 15 mins. Tried to start it again and just makes the same rapid clicking sounds. Is it the alternator? The battery?

Mini Cooper S Will Not Start

All dash lights illuminate when turning on ignition switch. After approx 3 to 5 seconds all lights go out and turning the switch to try and crank, nothing happens. No clicking, no sound whatsoever...