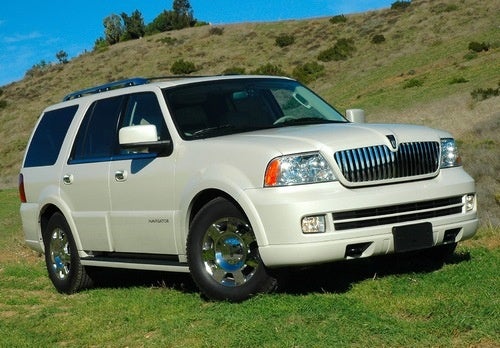 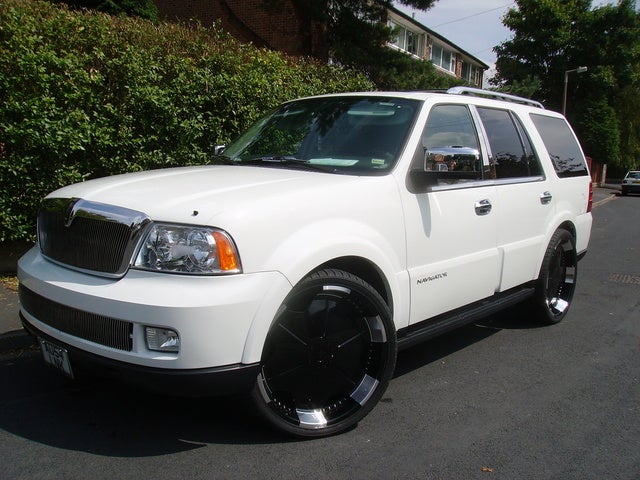 The 2006 Navigator was good to go with the new 5.4-liter, 300-horsepower V8 and six-speed automatic transmission it had received for the previous model year. Since it also got a bit of a facelift for 2005, with updates to the fascia, wheels, and running boards, there wasn't much that needed attention for '06.

The standard-features list of course remained just as impressive, giving the Navigator owner everything from a rear parking aid and a leather-wrapped steering wheel to a trip computer and a 9-speaker Audiophile stereo. Every '06 Navigator also came with two rows of leather seating with a vinyl-upholstered third-row seat, power lumbar support in front, burled walnut accents, and automatic climate control. Its power-folding side mirrors were done in body color and featured helpful approach lighting as well as integrated turn-signal bulbs.

The slate of safety features was full, with standard AdvanceTrac stability and traction control, plus side-door beams and a canopy of airbags (dual-stage in front) with rollover sensors. Safety and ride are improved by a load-leveling independent suspension. In the NHTSA's frontal crash testing the Navigator earned a full 5 stars.

The second row was available as the standard pair of captain's chairs sharing a center console, but buyers could substitute a split-folding bench seat to accommodate an additional passenger and increase the possibilities for cargo-carrying. Passengers in the second row get their own audio controls with headset jacks, plus four cup holders; the third-row has power venting windows and two cup holders. The seating set-up is in theater style, affording a better view of things from the back.

The 2006 Navigator came in two trim levels, Luxury and Ultimate, each available in rear-wheel drive or four-wheel drive. Options available on both trims were a sunroof, gas-discharged high-intensity headlamps, a rear-seat DVD entertainment system, an upgraded stereo in conjunction with a DVD navigation system, a monochrome appearance package, and a trailer/tow package, as well as the power-retractable running boards. Additional options, including an Elite Package that grouped some of the amenities just mentioned, were available on the Ultimate.

Navigator owners who've submitted online reviews more or less rave about their SUV choice, although they kvetch about the poor gas mileage (13 city and 16 highway) they knew ahead of time they were going to get. Opinions on the interior run from mostly praise for the beauty and luxury afforded by the real wood and satin-nickel touches to a bit of criticism concerning the amount of plastic.

What's your take on the 2006 Lincoln Navigator?

Artreid Very poor gas mileage. I am getting 6.6mgp regularly with my 06 ??? artreid44@hotmail.com

Users ranked 2006 Lincoln Navigator against other cars which they drove/owned. Each ranking was based on 9 categories. Here is the summary of top rankings.

Have you driven a 2006 Lincoln Navigator?
Rank This Car

In January of this year my 2006 Lincoln navigator "check advancetrac" light came on then went into engine failsafe mode out of the blue and after shutting it off in an attempt to clear the notice, ...

Why Does My Check Suspension Light Keep Coming On?

I just bought a 2006 Lincoln Navigator and everything was great and all the sudden my check suspension light comes on. I pushed the traction button and it went off but came back on later. What i...

how do i reset the security system in my 2006 lincoln

Just bought a 2006 Navigator. I intermitently get a loud clicking noise coming from just above the right rear passenger wheel area compartment. It goes for a while then stops. Any idea what component ...

I Need A Part Identified?