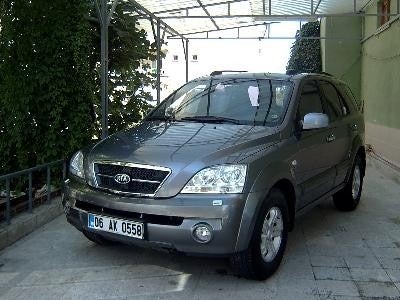 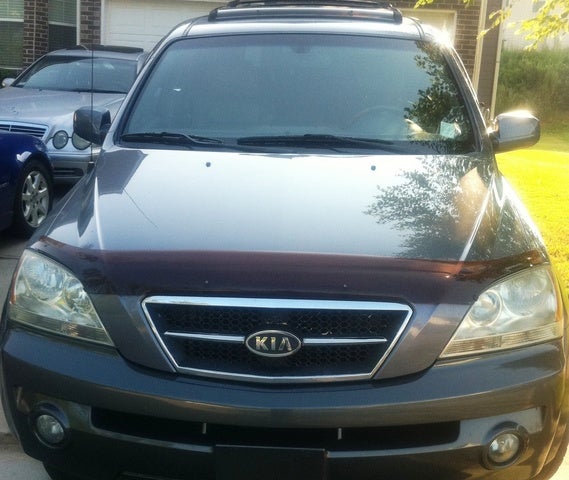 Built on a truck-like body-on-frame platform and equipped with part-time or full-time four-wheel drive, the 2006 Kia Sorento SUV actually lives up to the name, Sport Utility Vehicle. It's roomy, rugged, and can be taken off-roading, unlike many SUVs on the market. The 2006 Sorento has few changes this year, as it will go through an overhaul for 2007. It comes in two trims, LX and EX, both featuring a 192-hp, 3.5-liter V6 engine. A 5-speed automatic is standard, and there is a 5-speed manual option for the LX.

The Sorento comes in either 2WD or part-time 4WD, but the EX can be equipped with Torque on Demand 4WD, which automatically sends power to the wheels that need it. Low-range gearing means it can tackle paved or unpaved roads. The 2006 Sorento is a mid-size SUV built for four or five passengers, and only has two rows of seats. When folded flat, there is 66 cubic feet of storage space, which isn't much more than what you get with the Sportage. The LX is the base model, with full power features, a CD player, and cruise control. The EX adds more convenience, such as a power driver's seat, sunroof, auto-dimming mirrors, foglights, and cargo nets. A Luxury Pack is offered with the EX if you want leather seats, upgraded audio system, and the Torque on Demand. A Sport Pack for the LX comes with foglights, a roof rack, keyless entry, and step rails.

ABS brakes are only an option on the Sorento, but it does come with dual front and side curtain airbags for each row and receives four and five-star crash ratings. The overall style is sporty and sleek for an SUV, which owners really like. Other highlights include the roominess and comfort for all passengers, the off-roading option, and the set of standard features. Poor gas mileage is always a negative with any SUV. The 2006 Sorento feels underpowered, and the truck platform gives it a rough ride.

pgj I just got an 2006 and on 4dr function it has switch that says auto at bottom then snow then on. when i turn the nob the snow light comes on my dash. but is does not feel like it is in 4wd. is it in 4 wd. please help

pgj I just got a 2006 an how do i know the 4wd is working. the light say snow on my dash when i switch it. but it does not feel like it is in

Have you driven a 2006 Kia Sorento?
Rank This Car

i have a 06 kia sorento am trying to replace ignition lock cylinder assembly have everything tooken apart just cant seem to get cylinder to come off the steering column anybobdy know how i can get i...

251 views with 2 answers (last answer about a year ago)

I have a 2006 Kia Sorento. I was leaving for vacation and just as I merged onto the highway, a noise appeared from the dashboard. At first I thought I had a hole in the windshield, however, then the ...

Hi All, I posted the following question several days ago, but have had no replies. Is there no one monitoring this site, or does no one know the answer? Front end vibration Posted by: arizonabob - Jul...