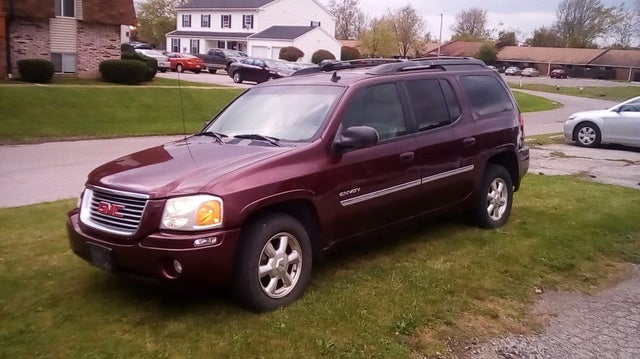 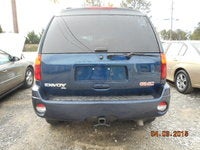 Looking for a Used Envoy XL in your area?

The 2006 GMC Envoy XL generally gets you 15 mpg in the city and 20 on the highway, figures that come out slightly lower than the base Envoy's. However, the XL makes up for it with 4 doors and enough room for 7 passengers. All trims have a solid list of standard features with the XL SLT and Denali also delivering standard power/leather seats for extra luxury. Maximum towing capacity ranges from 5,800 to 6,200 pounds, depending on the trim.

Despite its larger size, the 2006 GMC Envoy XL gets the same feedback as the GMC Envoy. Drivers like the powerful engines but wouldn't mind getting improved steering and handling. Overall, consumers like the improvements but agree the Envoy XL's evolution will need to speed up to keep up in the competitive SUV market.

Shawn How many miles ?

Have you driven a 2006 GMC Envoy XL?
Rank This Car

Looking for a Used Envoy XL in your area?

I have changed radiator cap, radiator, water houses, thermostat, I don't see any leaks, don't hear any noise and keeps overheating. I removed the thermostat. And is ok. But my check engine light ...

I Have An Envoy Denali That Doesn't Turn On I Replace Both The Starter And ...

I have an envoy denali at first it didn't want to turn on at all so I replace the starter.When I was turning it on it did a noise and the key got stuck.So I replace the ignition switch but it does...

80 views with 3 answers (last answer about a year ago)

My girlfriend just got her tranny fixed on her Denali, about 3 months ago. It is not shifting intob 3rd gear. Could this be something else like a fuel filter issue?

Hello everyone I have an 06 envoy Denali 5.3 with 173,000 miles recently when I start it I get what I believe is lifter noise for a few seconds then goes away but then my oil pressure drops on the...