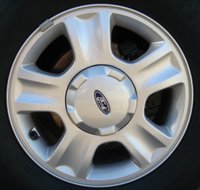 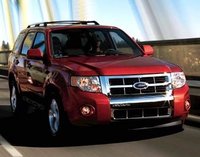 The Ford Escape is America’s best-selling compact SUV, but it’s more than overdue for a refresh after six years in its current form. 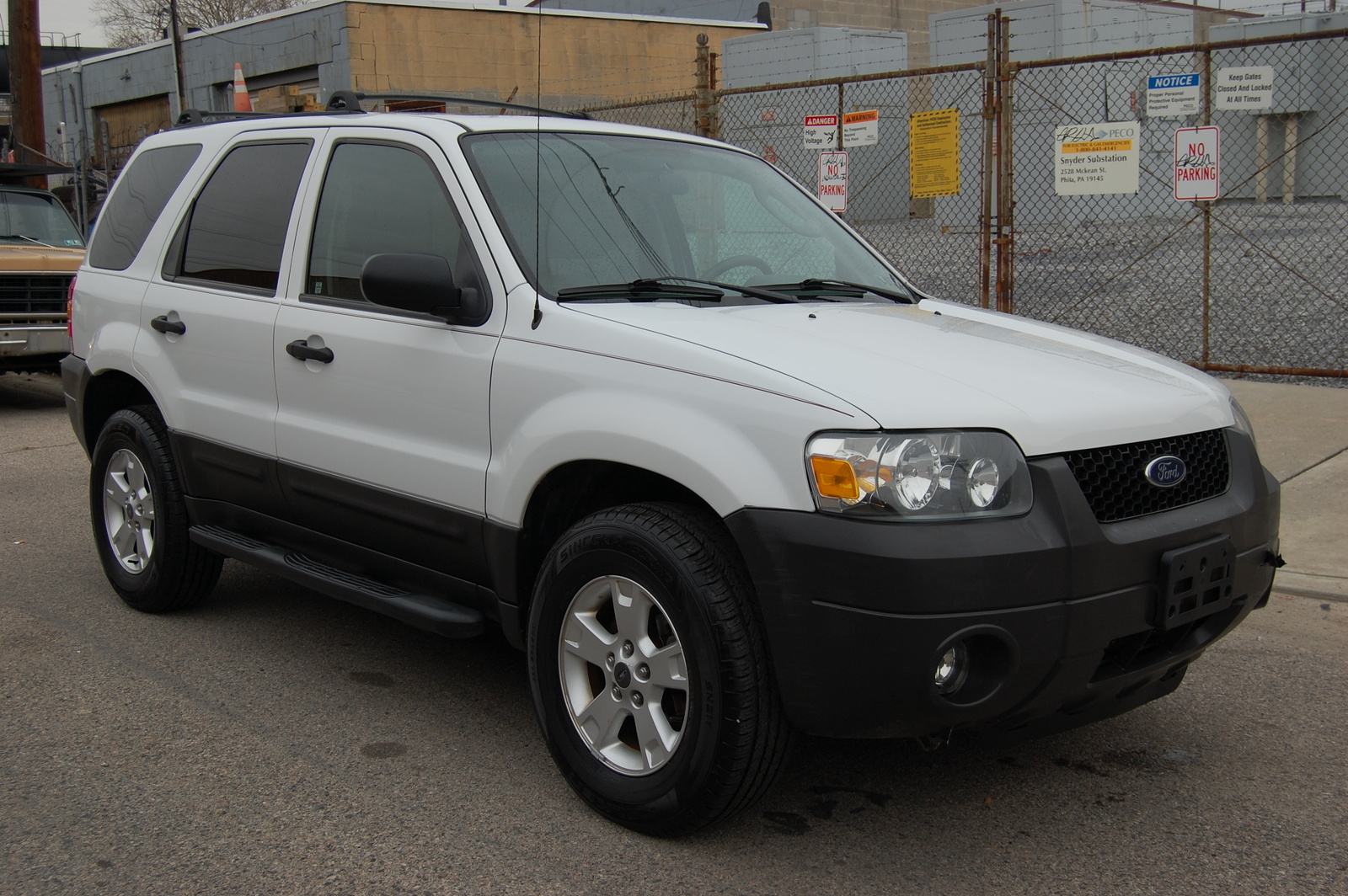 The Ford Escape is a comfortable and usable compact crossover CUV that offers plenty of room for four to five passengers and all of their gear. It’s not a sports car, but with up to 200 horsepower from an available V6, the Escape feels lively and quick. Handling and ride quality are both better than expected for a sport-utility. Though it’s small in stature, the Escape can carry more than its fair share of cargo with the seats folded down.

The Escape is targeted at buyers that need a compact crossover that still has plenty of space and comfortable ride. It competes in a crowded segment that includes the Honda CR-V, Toyota RAV4, Jeep Liberty, Hyundai Tucson, and even the Subaru Forester. The Escape is built on the same platform and has many of the same features as the Mazda Tribute and the Mercury Mariner. 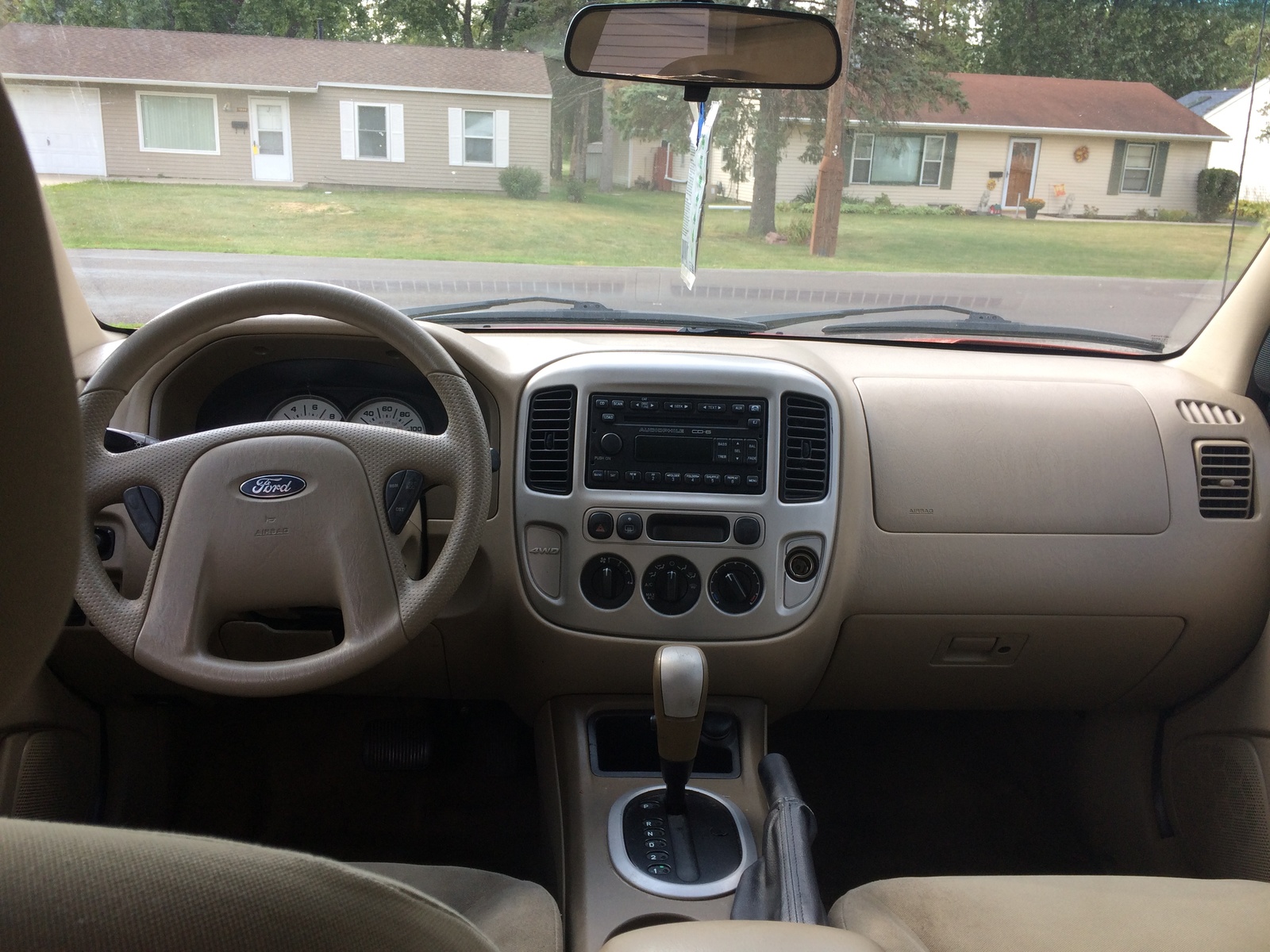 The Escape got a new bumper and a host of other new features last year, which updated its looks enough for it to stay relevant, despite it being years since the last major overhaul. Its front end is clean and simple, which is what we’d expect from a small utility vehicle that wants us to believe it’s more rugged than it really is. Lower trims get black bumpers and door handles, but higher trims have body-colored paint for both. There’s little in the way of chrome or decoration, which gives the Escape an uncomplicated look.

Inside, the front seats are wide, but the seat bottoms are shorter than we’d like. This can make them uncomfortable for taller drivers, but there’s plenty of padding to help make up for it. The center console is located far back, which makes it hard for anyone to find a comfortable position for their elbow, and the high, narrow armrest on the door doesn’t do much better. The center stack is neat, with controls organized thoughtfully, and everything is well within reach of the driver’s seat.

The back seat is a flat bench without much padding in the seat bottom or back. This makes it hard to manage longer trips in the rear seat, but kids won’t mind in their car seats. Legroom is generous, as is headroom, but that’s a small consolation when your backside is aching from the hard seats. Models with leather seats are slightly more comfortable, but there needs to be more padding.

Behind the rear seats, the Escape has plenty of cargo space, and the ability to fold those seats down makes it even more useful. It’s not as large as the Ford Explorer, but the Escape is significantly less expensive than Ford’s midsize SUV. 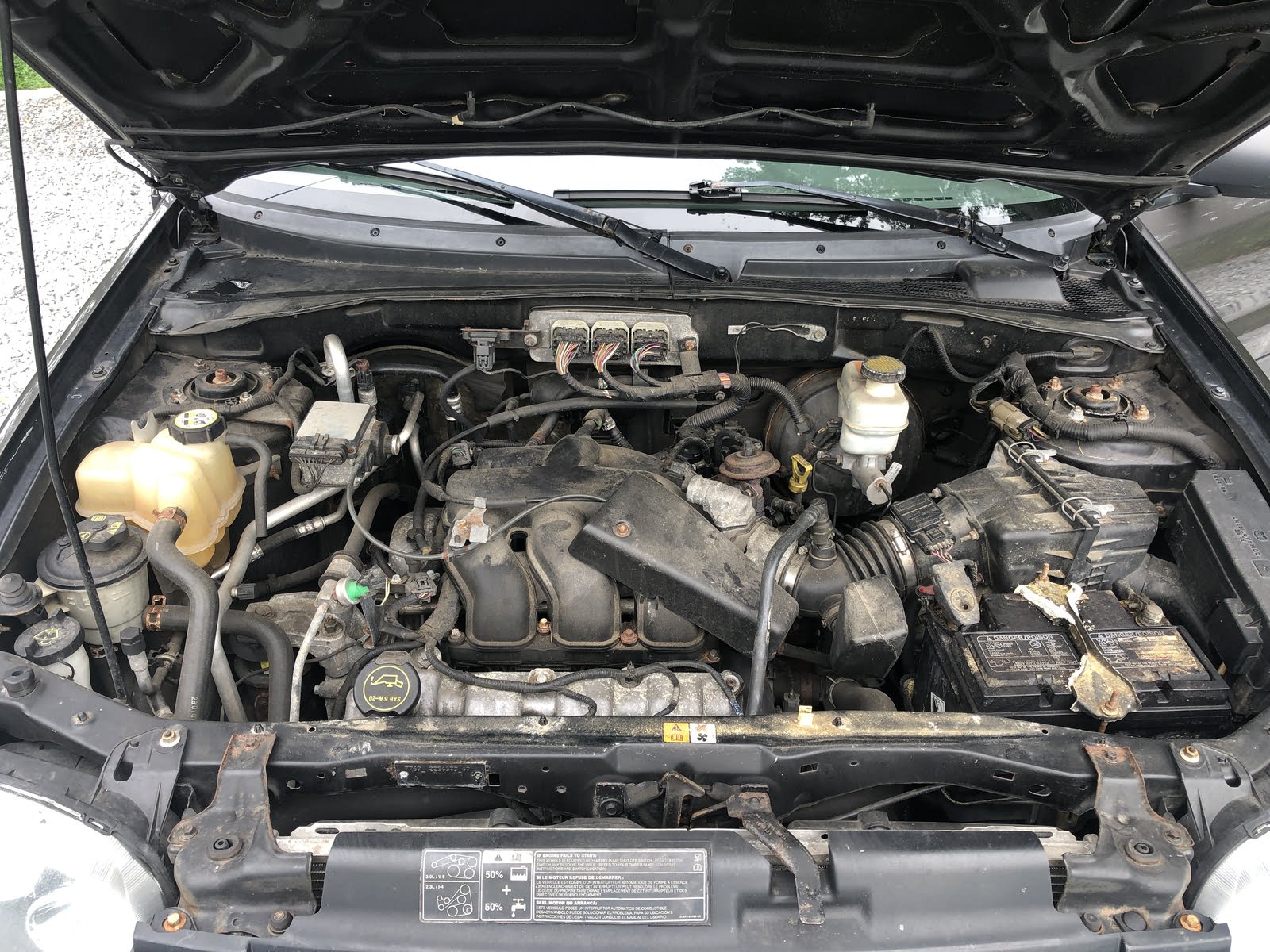 The Escape truly shines on the road, with healthy acceleration and responsive handling.

The solid handling does not ruin the comfortable ride, which comes courtesy of upgraded front shocks and a new front stabilizer system that came to the Escape last year. There’s more control and less body roll in turns, which puts the Escape at odds with what people normally expect from sport utility vehicles.

Noise levels inside the cabin are more than tolerable, and the Escape handles rough roads with ease. Its small size and short wheelbase make the Escape easy to maneuver in tight spots.

Though it tries to look the part, the four-wheel-drive Escape is not a capable off-roader. When the terrain gets steep or is covered with loose rocks and gravel, the Escape struggles to find traction. That smooth ride on-road translates to a rough time when the pavement ends, as the Escapes suspension is not set up to articulate and handle uneven terrain. The intelligent 4WD system is much better suited to handle bad weather, and as a result, the Escape is nearly unstoppable in the snow.

The 2.3-liter engine, though weaker than the V6, offers enough power and grunt for most buyers. It’s responsive and smooth and doesn’t sound strained when the throttle gets stomped.

The V6 drivetrain with its four-speed automatic play well together. We’d like another gear, but the transmission is smooth and finds the right gear for the situation without a problem.

Braking is predictable and smooth, in spite of the fact that most models have drums in the rear. A brake assist system helps the driver maintain full braking power if the system sense that there should be more pressure on the pedal, and an electronic brake-force distribution system helps with more stable braking.

The Escape is a winner in the fuel economy department. Models equipped with the 2.3-liter engine, front-wheel drive, and a manual gearbox are rated at 21/27/23 mpg city/hwy/combined, and adding the automatic transmission changes those numbers to 20/23/21 mpg. With 4WD, the 2.3-liter returns 19/24/21 mpg with a manual transmission and 18/22/20 mpg with an automatic. 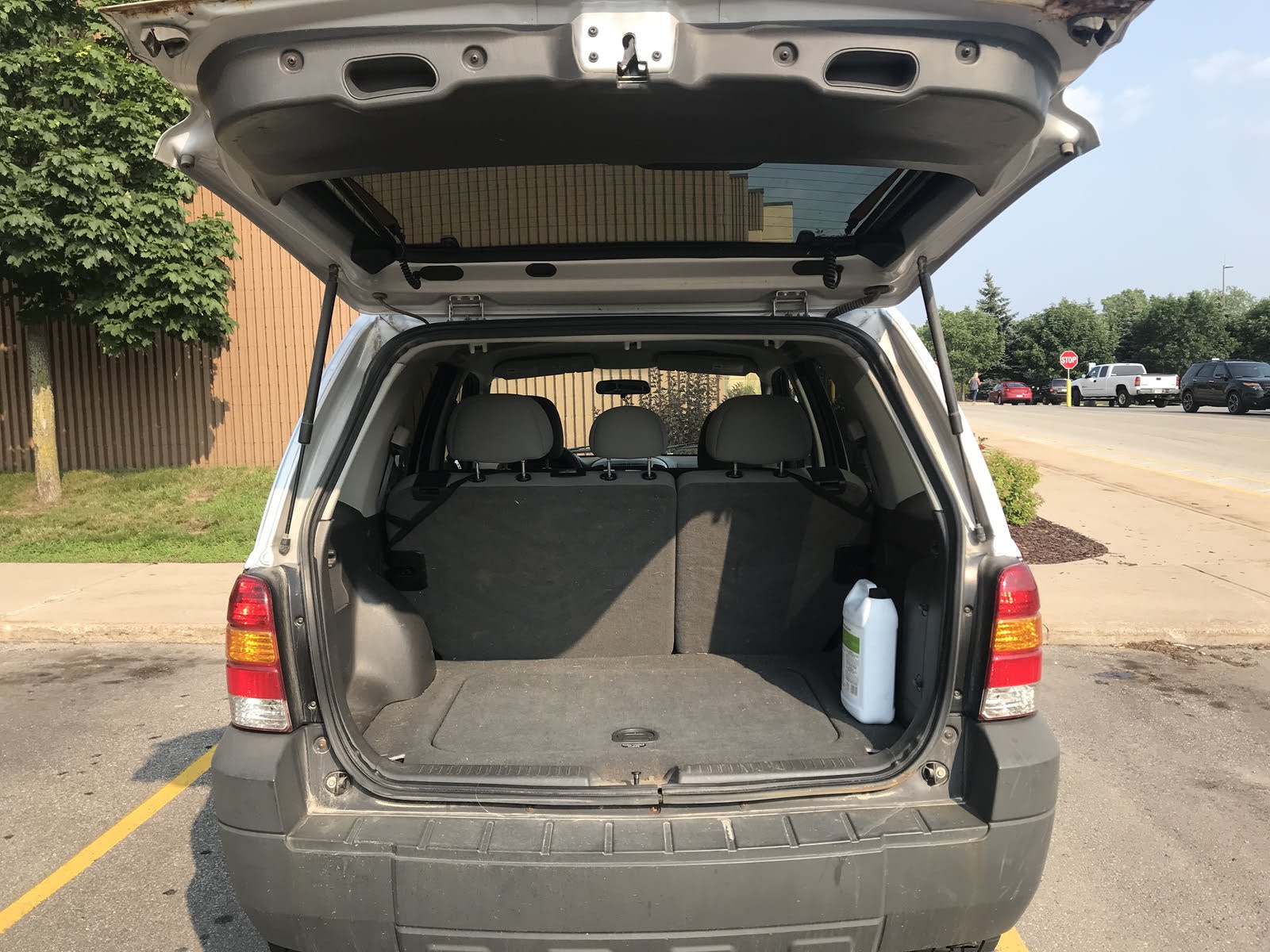 Though it’s a small SUV, the Escape has enough space to keep four people comfortable for the long haul, as long as the back seat passengers understand that there will be less padding than a park bench. The Escape’s high level of choice means that there’s a model for nearly any buyer.

In its most basic form, the Escape’s interior feels almost bare and utilitarian, but it’s still a reasonably nice place to be. Moving up the trim level ladder adds premium features such as leather, heated seats, and the like, which give the Escape a luxurious feel that makes it seem more expensive than it really is.

All three powertrain choices are refined and provide enough power to get the job done, so Escape buyers can’t really go wrong with any of the options. The Escape Hybrid is a unique choice in the compact SUV segment and was good enough to win North American Truck of the Year award. It’s nearly impossible to tell the difference between it and a normal Escape, save for the fact that there are far fewer stops for fuel. 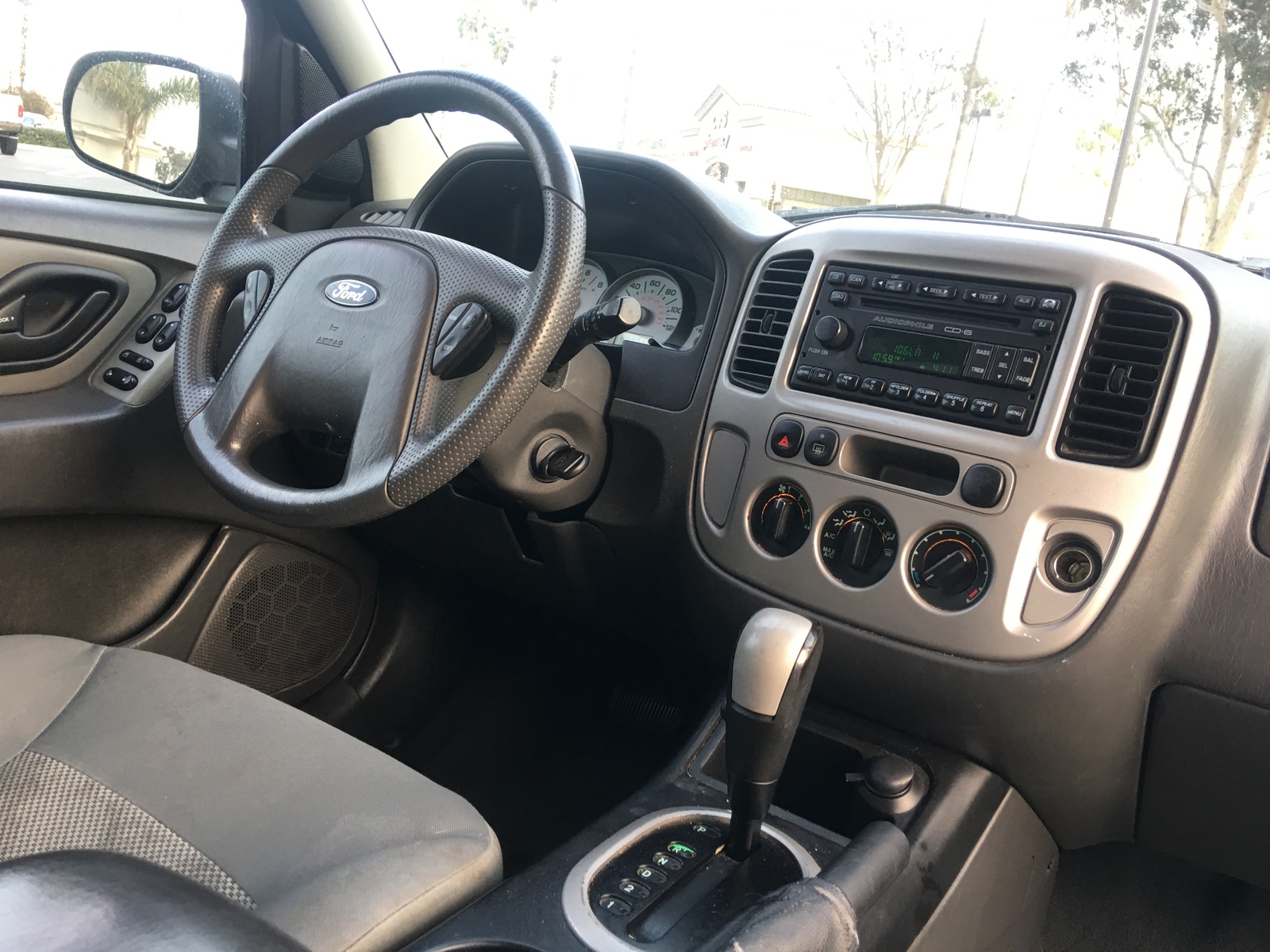 The Ford Escape XLT trim adds an in-dash six-disc cd player, and going all the way up to the Limited trim brings a MACH audio system with automatic volume control.

The Escape is available with a variety of options to upgrade its entertainment and tech convenience features that include a CD-based satellite navigation system, additional power outlets, and a 320-watt Audiophile stereo system with six speakers, a subwoofer, and an in-dash CD changer. 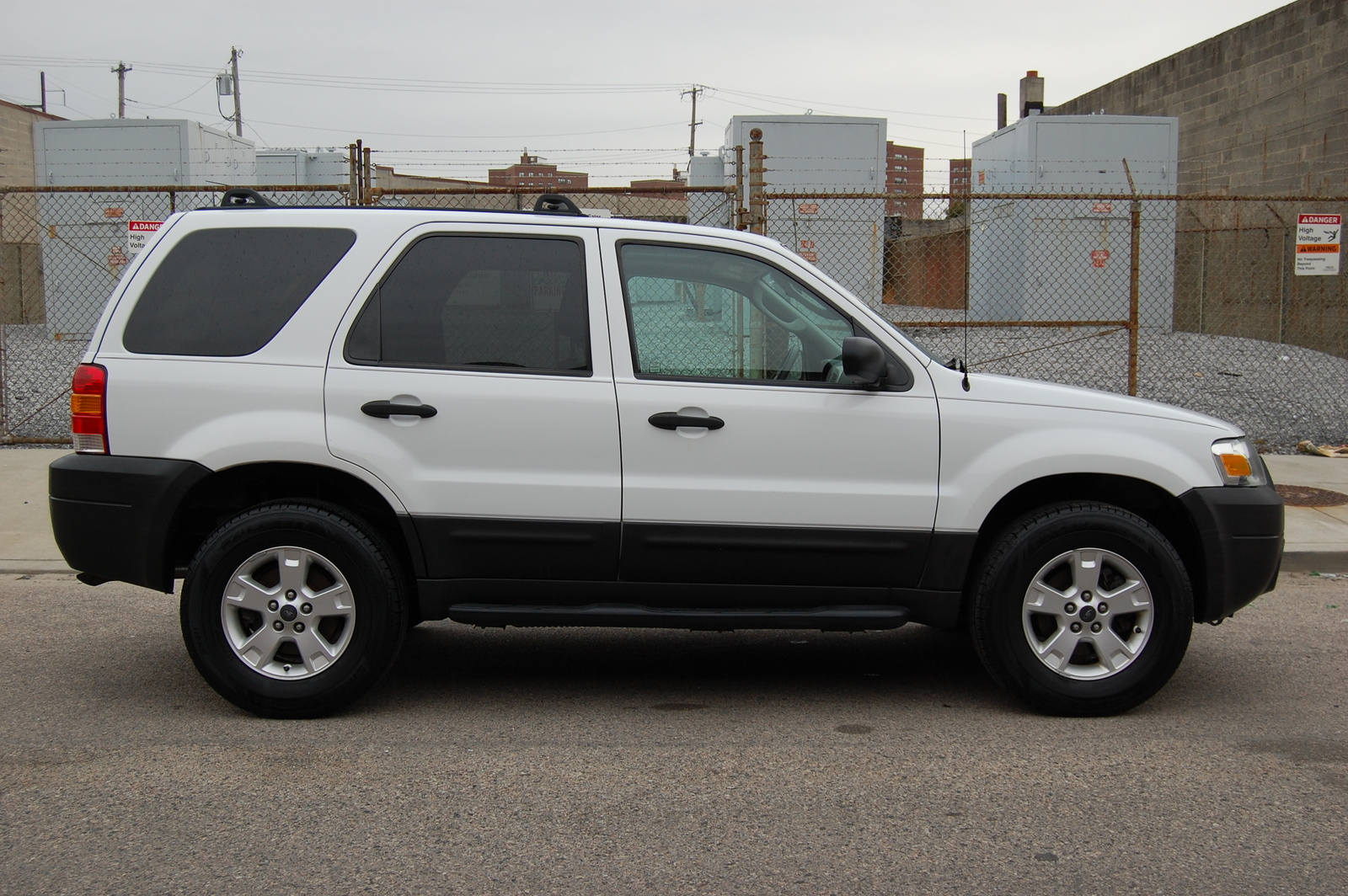 The 2006 Ford Escape received mixed reviews from the Insurance Institute for Highway Safety. In crash testing, the agency rated the Escape Acceptable for moderate overlap front crashworthiness, Good for side impacts with optional equipment, and Poor without. Head restraints and seats were rated Acceptable. In testing, the IIHS found that the B-pillar (beside the driver) moved far enough in to strike the driver’s head – not good.

Those optional airbags are included in a $595 safety package that includes side-curtain airbags that are designed to provide head protection in the event of a rollover or side impact. 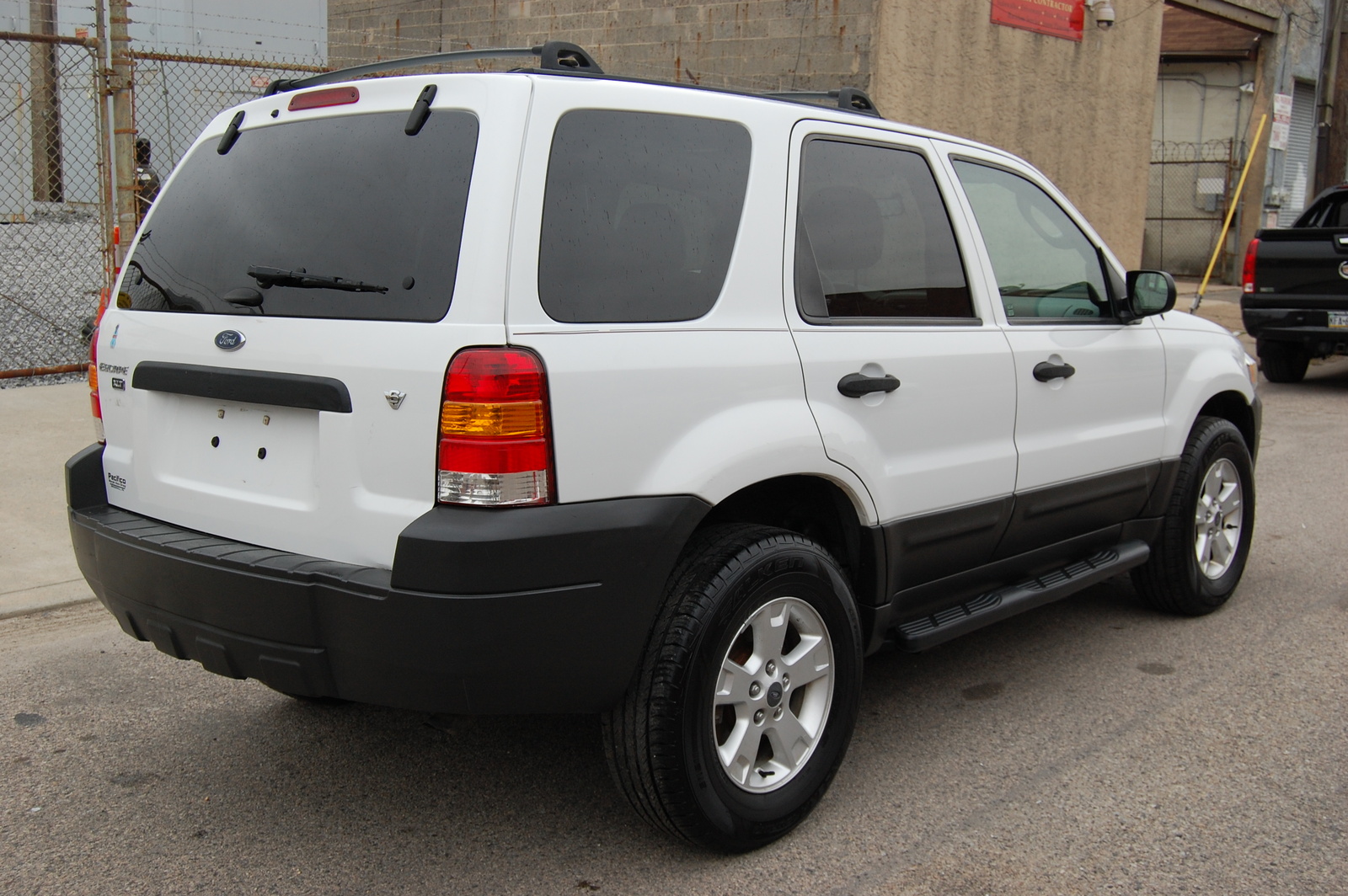 With a starting price of just over $20,000, the Escape may seem like a great deal, but you’ll have to manage with a manual transmission and not much in the way of creature comforts if you go that route.

Mid-range Escapes come with a decent amount of comfort and tech features, but the price climbs quickly with each step up the trim level list.

The Limited trim, which can reach $27,000 with options, comes with the most “goodies,” but at that price, there are several options from Toyota, Honda, and others that may make a better choice. Where the Escape pulls away is in the gas mileage department, especially the Escape Hybrid.

Pressman505 Good tires make all the difference, new set of Michelins made this a enjoyable and well handling vehicle

Cheryl After changing out the stock tires , I was much happier.

Have you driven a 2006 Ford Escape?
Rank This Car

Door Ajar Beeping Goes Off When Vehicle Is In Drive

8 views with no answers yet
20

I understand Kenn Belle makes a supercharger for the 3.0 in a Ford Escape I have an 06 Ford Escape and I'm wondering exactly where I can find this supercharger and how much it's going to cost?