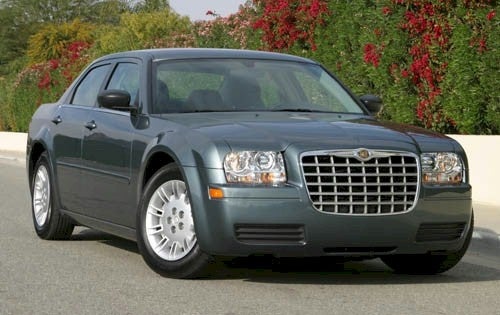 Average user score
4.7 ⁄ 5 stars
Based on 63 reviews
Awesome Car by jussnoozn — This car has been a joy to own, it is comfortable beyond any car we have ever traveled in whether you are sitiing in front or back. It has fold down seats in the back which gives us an option to tran... Read more
Chrysler 300c Luxury Muscle by Geoff — The best car I've ever owned! Its got class, and with the 5.7L HEMI it screams! It is also very customizable, if you can dream it up, chances are someone makes the parts you want on the car. You can l... Read more
Never Thought I'd Say It, But American Muscle Is Awesome! by Michael — While this car is very smooth (ride and idle), it still lets you know that there is performance under the hood. When sitting in the car at idle, you'll feel...every so often...a slight wobble of the ... Read more

The Chrysler 300 combines retro-inspired styling with muscle-car underpinnings and a spacious cabin. 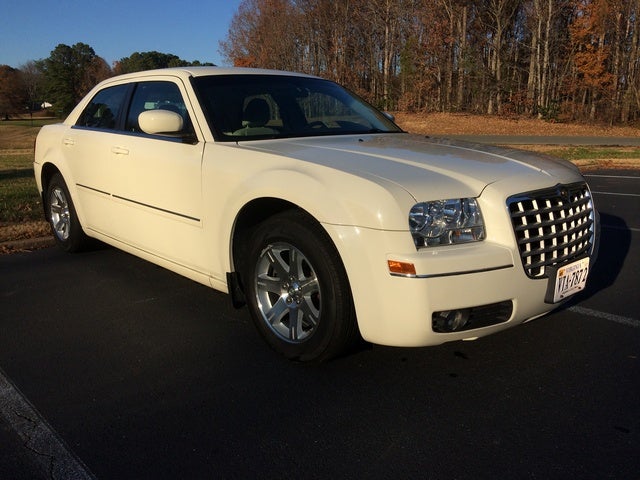 By the turn of the century, the American luxury sedan had lost a lot of ground to the established European players and the ever-improving Japanese luxury brands. Chrysler needed a vehicle to reclaim some of that market, and in 2005, it introduced the 300 sedan, which has carried over to the 2006 model year.

The Chrysler 300 is unlike the large sedan offerings from BMW, Mercedes-Benz, Acura, or Lexus, as it seeks to establish its own niche in the space by calling upon the past. The “300” designation harkens back to a period in the 1950s and 1960s, when Chrysler’s large sedans were a symbol of swagger and style. The modern Chrysler 300 rides on a rear-wheel-drive platform shared with the Dodge Charger sedan, Challenger muscle car, and Magnum wagon. 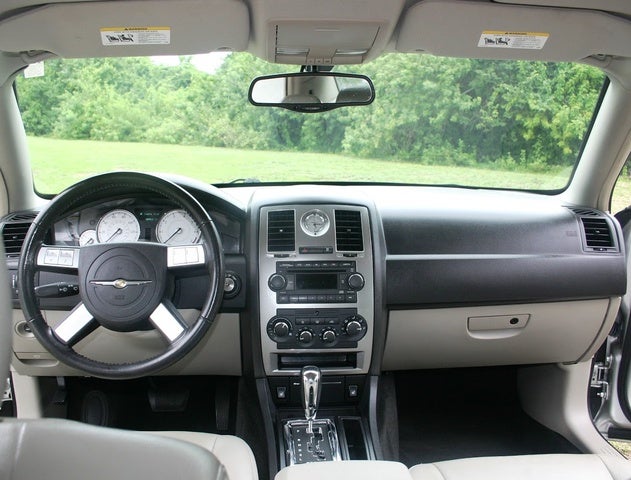 Visually, the 300 dips its toes in the “retro” style that other American cars have embraced. The pronounced fenders, glistening chrome grille, and long, low roofline all conjure the heyday of postwar interstate travel. And yet, there is a restraint to these elements that keeps the 300 fully contemporary. Whatever you see in the 300’s styling, it’s hard not to look when it rolls up.

The cabin of the 300 has a sensible layout, and it benefits from touches like the white instruments and dash-mounted analog clock. But the look and feel are pretty basic and cookie-cutter. The bezel for the center stack of controls consists of either full brightwork or full woodgrain, depending on specification, and it actually looks better without it. On the other hand, the smooth integration of controls into the steering wheel is a nice touch. 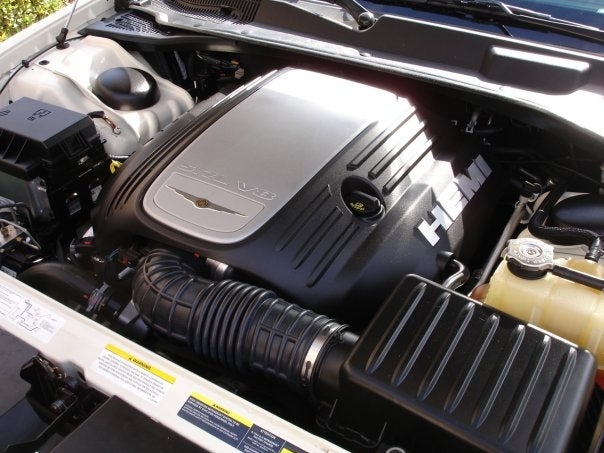 There are four engines available on the Chrysler 300, starting with a base 2.7-liter V6 engine, making 190 horsepower. A larger 3.5-liter V6 makes 250 horsepower. Both engines route power to the rear wheels (RWD) through an automatic transmission (a 4-speed for the 2.7 and a choice of 4- or 5-speed for the 3.5)

The Chrysler 300C comes with a 5.7-liter Hemi V8, making 340 horsepower and 390 pound-feet of torque. Power is sent through a 5-speed automatic transmission to the rear wheels or available all-wheel drive (AWD). This engine also features a multiple-displacement system that can shut down half the cylinders when full power is not needed.

The V6s provide adequate power, but the V8 is the way to go, pouring on plenty of horsepower and torque. With the rear-wheel-based setup, the 300C is like a muscle car in a luxury-car disguise. If that’s not enough, the SRT8 features a 6.1-liter Hemi that makes 425 horsepower and can go from 0 to 60 mph in just 4.9 seconds.

In any version of this car, the sound-deadening efforts by Chrysler ensure a comfortable, composed ride at any speed. Cornering is solid and responsive, though not so precise that you’ll feel every bump in the road. This is, after all, a car designed by Americans for American roads. 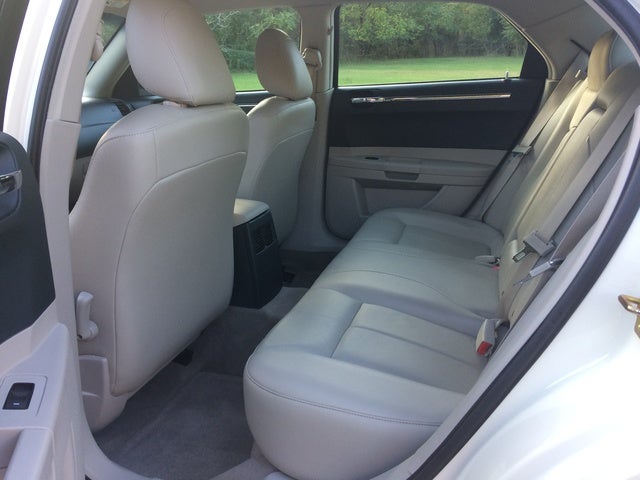 The 300 has a big, beamy cabin, which provides enough room to install spacious seats and still leave room enough in the center, so occupants aren’t bumping elbows. The rear seat also provides plenty of legroom and a fold-out center armrest with cup-holders.

Despite its imposing proportions, the Chrysler 300 has just 15.6 cubic feet of cargo space. This is better than the Cadillac CTS and STS, but falls well short of the DTS, which has a massive 18.8 cubic feet. 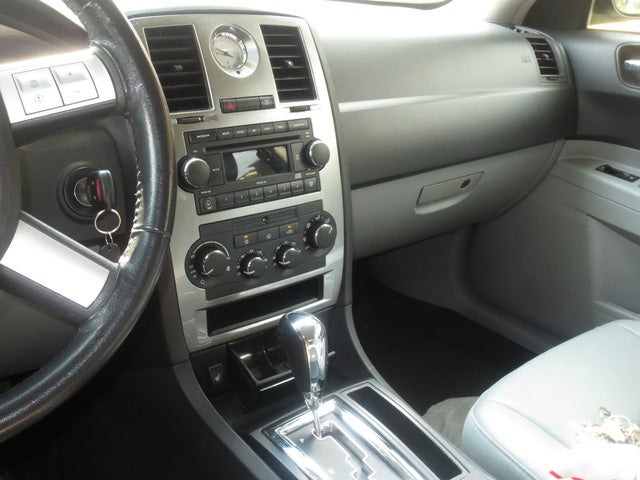 Uprated trims are available with a DVD-based navigation system, which is very basic compared to other systems out there, especially from the German and Japanese luxury brands. 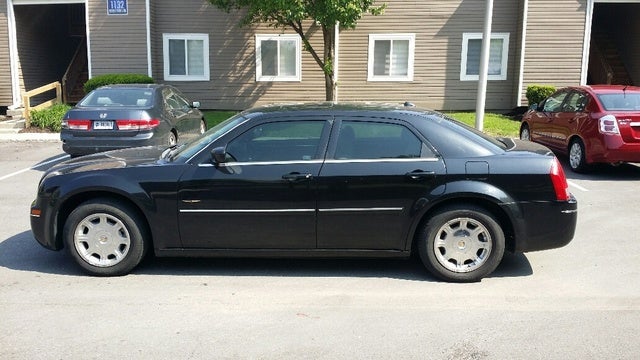 The 300 comes standard with a full array of front- and side-impact airbags, as well as a front passenger seat occupancy sensor for the airbag system. 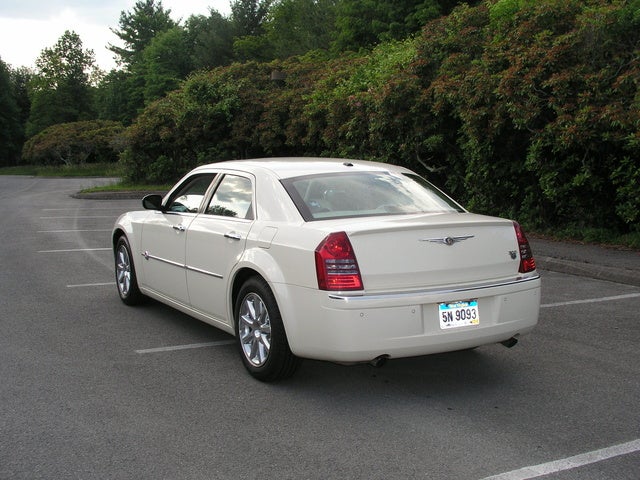 Cassi Piece of crap! Numerous problems with Chrysler taking no responsibility after thousands and thousands of complaints for the exact problems... If they do issue a recall or customer satisfaction campaign... Its always your VIN is not included

Skylar personally I love the car. I bought my 2006 SRT8 bought 7 months back with only 80k miles and it has ran just fine. the ride is smooth, style is amazing IMO, and the power. so many different routes that you can go with the car performance wise. you can leave it at 364whp or you can take itall the way to 1500whp possibilities are endless really. there aren't any shortages on parts out there for them either except for the SRT8 bumper and side skirts. those are the only 2 complaints about the car. just difficult find certain OEM parts.

Users ranked 2006 Chrysler 300 against other cars which they drove/owned. Each ranking was based on 9 categories. Here is the summary of top rankings.

Engine Starts Missing Then Levels Out But Will Start Missing Again

My 06 Chrysler 300 Had Oil Going Into The Radiator. The Shop Is Telling Me...

Oil mixing with coolant. Engine did not run hot nor was there any thick smoke from the exhaust. Engine and oil cooler are holding pressure. What would cause this problem?

I have a Chrysler 300 that went into limp mode with a few codes I changed the crank and cam sensor and throttle body and it idles rough and you can’t give it any gas I swap the pcm got flashed and ...

Nona About 2006 Chrysler 300 Did Not Sign The Title Correctly