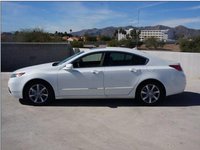 The TL channels the best of Acura's performance achievements but never forgets the refinement and reliability that earned the brand its reputation. 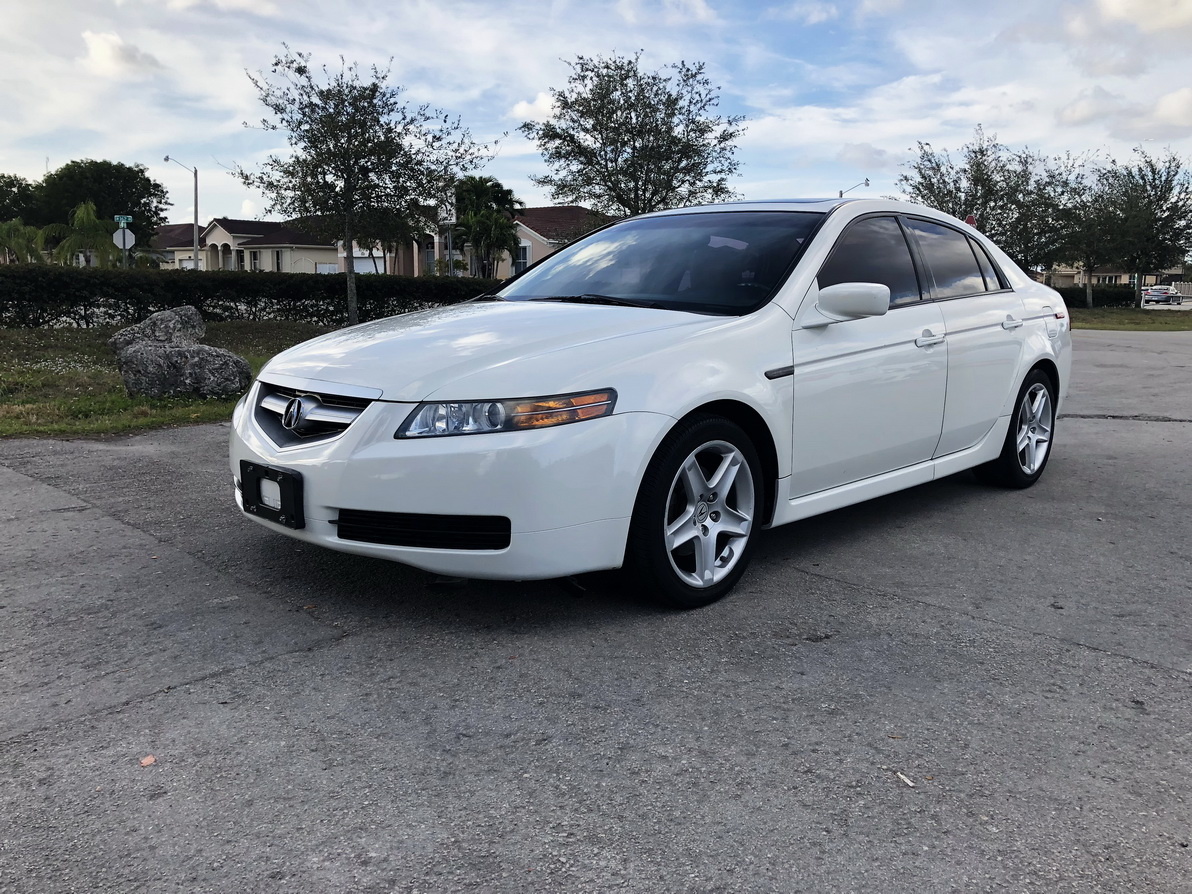 Thanks to vehicles like the NSX supercar and Integra sports compact, Acura has solidified its performance credentials to complement a reputation for reliable, upscale cars. The TL sedan embodies both of these sides of the Acura persona, in a refined-yet-athletic entry-level executive sedan.

The 2006 TL is a part of the vehicle's third-generation, originally introduced for the 2004 model year. It has been updated for 2007 with some exterior and interior styling revisions, as well as a revised suspension for a more comfortable ride. Like its corporate cousin, the Honda Accord, the Acura TL continues to be produced in Honda’s Marysville, Ohio facility. 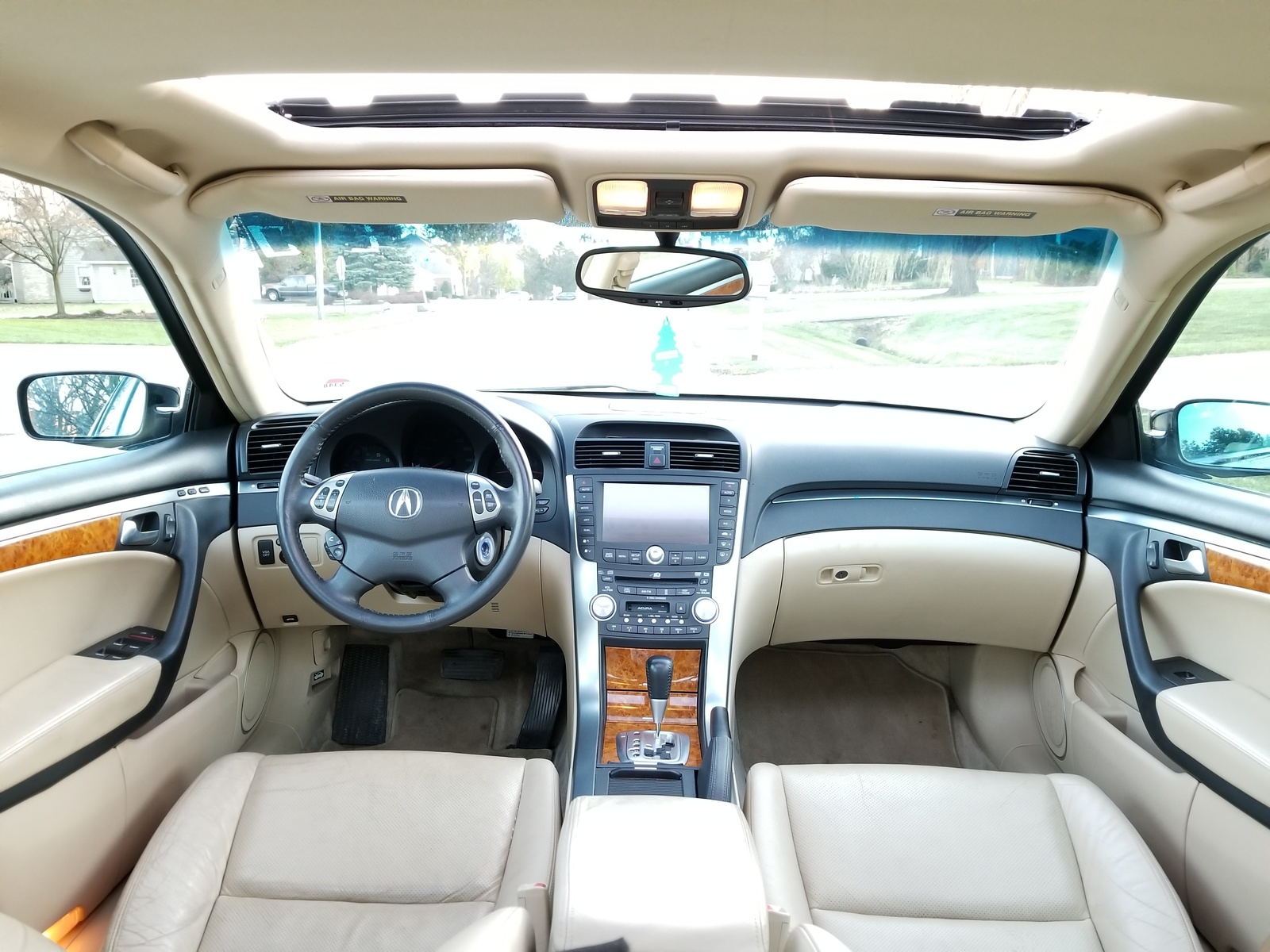 The TL's overall look is almost an embodiment of the Acura logo: a precise caliper. The angular taillights out back, recessed character line along the sides, and the rakish headlights up front all flow towards the pointed grille in one large visual wedge. For 2007, the TL receives a reworked lower front bumper area, as well as new Euro-inspired taillights

For this year, the TL swaps out the old four-spoke steering wheel for a more performance-minded three-spoke design. Other cabin updates for 2007 include revised gauges and welcoming footwell lighting.

The TL features an incredibly simple trim lineup, starting with the 3.2 and ending with the Type S. The 3.2 comes standard with leather seating, heated front seats, remote keyless entry, a one-touch power sunroof, and heated side mirrors. Moving up to the Type S gets a navigation system as well as unique 17-inch wheels, quad exhaust, and unique aerodynamic lower bodywork. 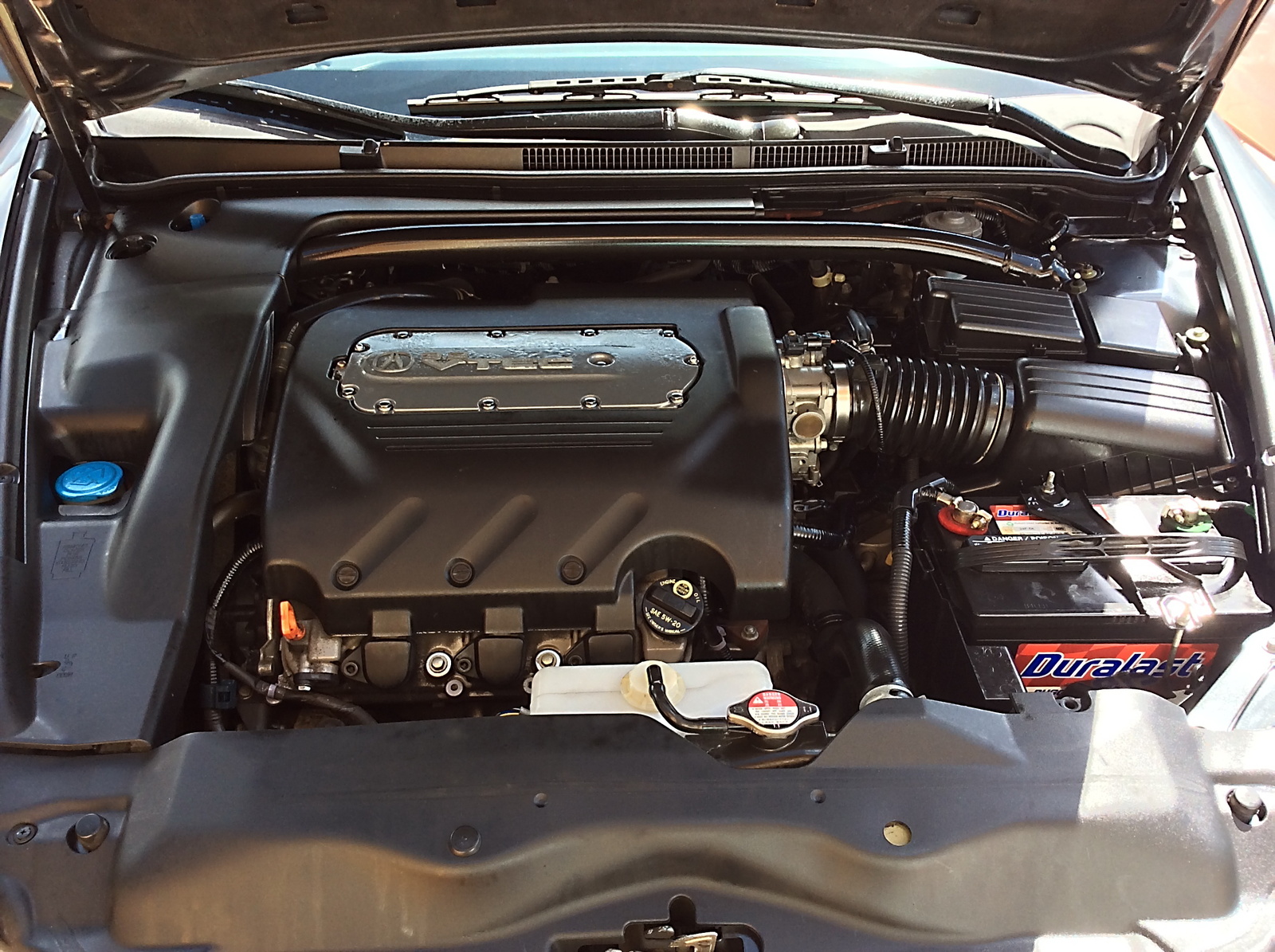 As the name suggests, the 3.2 is powered by a 3.2-liter V6 engine. It makes 258 horsepower and 233 pound-feet of torque. It routes power to the front wheels through a 5-speed automatic transmission. This V6 provides solid acceleration both around town and on the highway, while the revised suspension in the 3.2 ensures a refined, comfortable ride across all road surfaces.

The TL Type-S features a more powerful 3.5-liter V6 that generates 286 horsepower and 256 pound-feet of torque. This setup can be had with either the 5-speed automatic or an available 6-speed manual transmission.

There is not a large jump in power with the 3.5, which is fine, considering the good acceleration provided by that engine. The real strides are made in the performance chassis enhancements, which provide minimal body roll and precise steering response. The Brembo brakes ensure plenty of stopping power, while the manual-equipped Type-S even has a limited-slip differential. 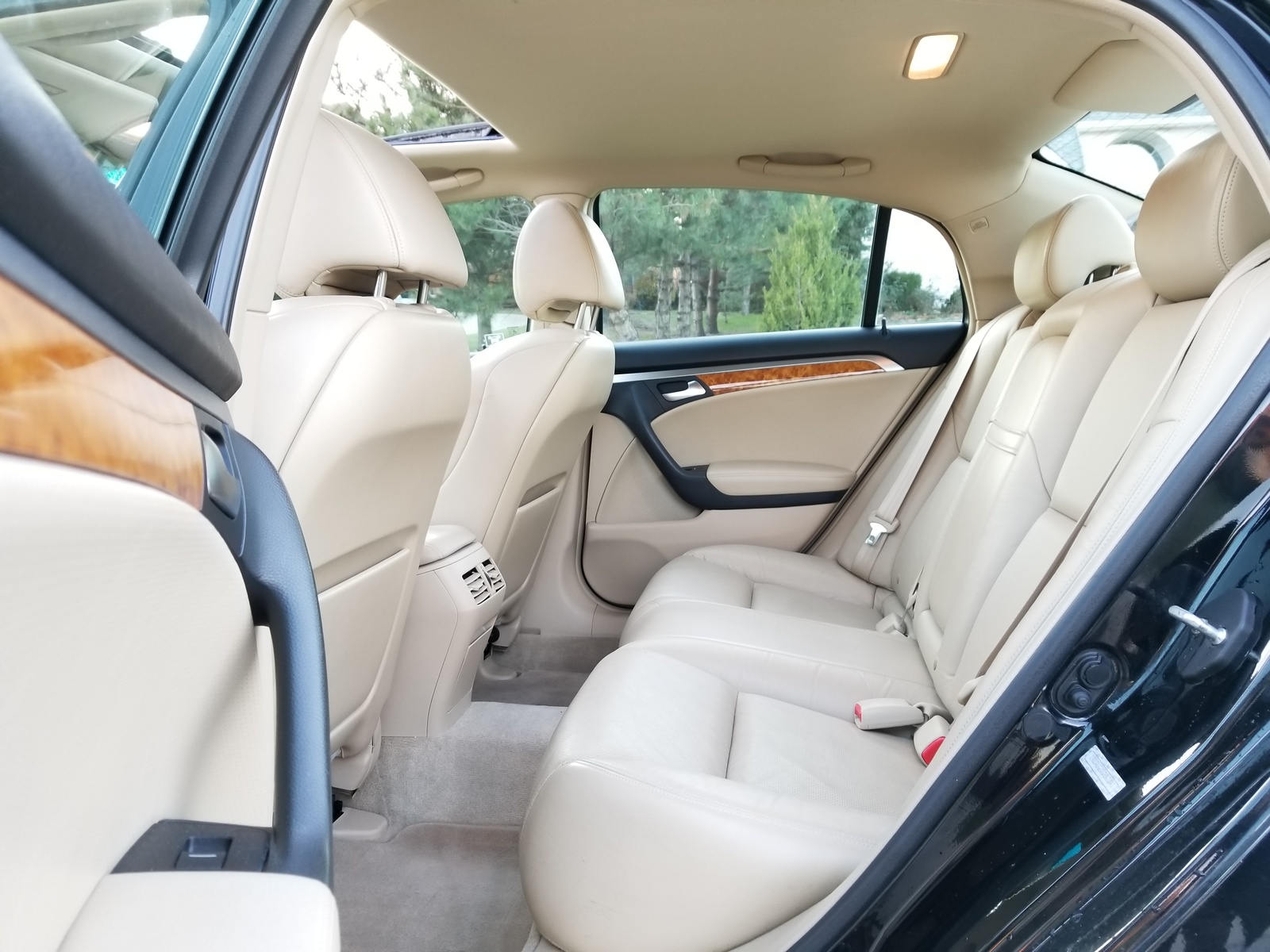 The Acura TL has 12.5 cubic feet of trunk space, which is not a lot. This is about the same as that of the Mercedes-Benz C-Class, and it can be expanded by folding down the backseat. Still, it is bested by the 3 Series, which has 16.2 cubic feet.

In addition to fantastic cabin build quality, the TL has a very sensible layout, making the best possible use of its space. There are the standard in-door slots for items, as well as a large tray in the center stack and the center console cubby. The cupholders have a retractable cover, which provides a sleek look when the cupholders are not in use. The backseats are comfortable if you can fit in them, as the positioning of the front seat cuts in on the rear legroom. 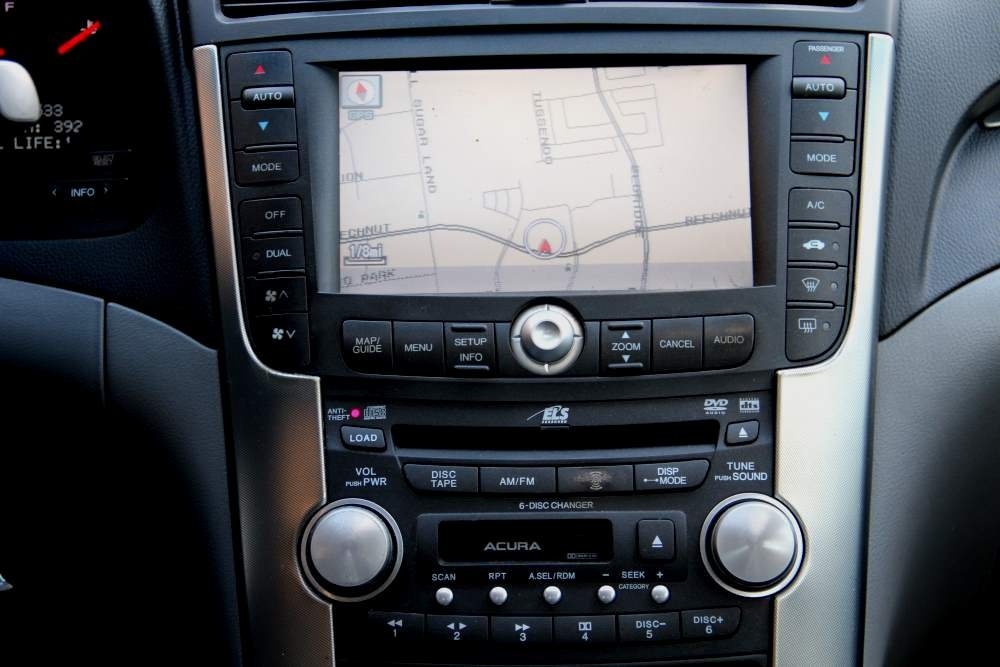 The TL comes standard with an AM/FM/XM satellite radio stereo unit, with controls in the lower half of the center console. The climate-control buttons frame up the upper half of the center console, which provides either a two-tier LCD screen for the audio and climate controls, or plays host to the navigation system, as it does on the Type-S. These functions can all be operated via the navigation system's touchscreen, or by the row of toggles below the screen, including a small joystick-like toggle. 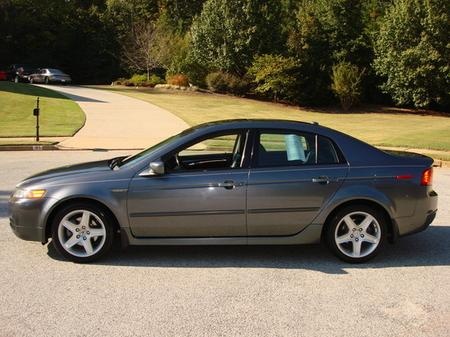 Other safety features on the TL include stability control, antilock brakes, seatbelt pre-tensioners, and a theft-deterrent engine immobilizer system. 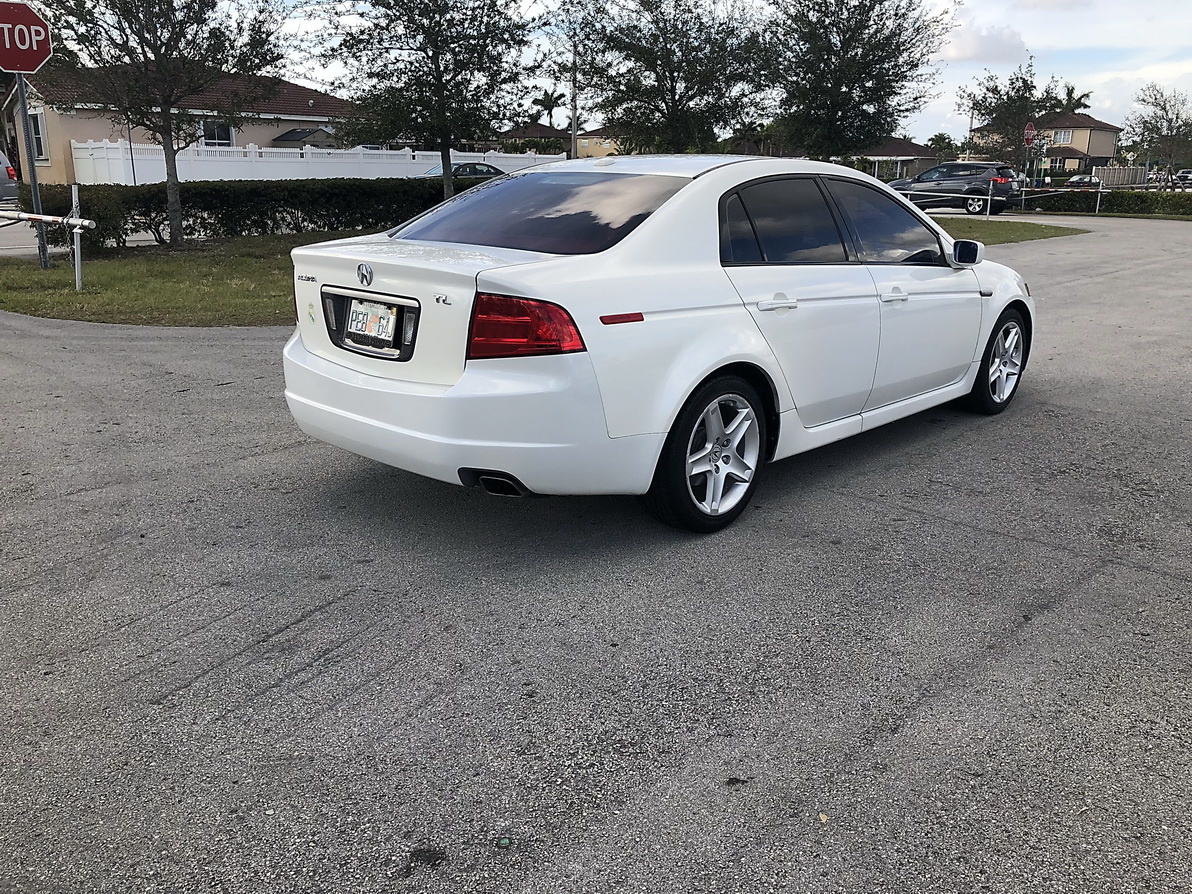 Users ranked 2006 Acura TL against other cars which they drove/owned. Each ranking was based on 9 categories. Here is the summary of top rankings.

I have 2006 Acura TL and I keep getting a rapid clicking sound when I try and turn the car on. The other day the car was dead and I had it jumped. The power to the car stays on now but I keep gettin...

How Do You Set The Clock With A Navigation System?

How do you set the clock with a navigation system?

After my battery went out and I replaced it, my heat/air blower runs full blast. ais this connected to the anti theft system/

Is My Car Overheating Or?

So just recently my car had started saying it was overheating and my fan would stay on 5-10 mins after I turned the car off it hasn’t done this before. Could it be a coolant sensor or maybe a fan ...

Headlights Interchange With Other Yearacutas

Will all year acuta headlights fit each year