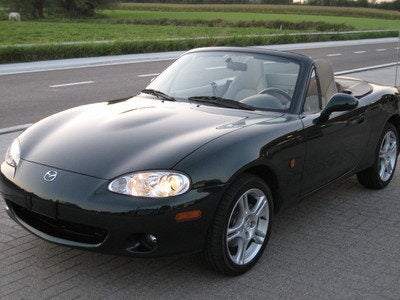 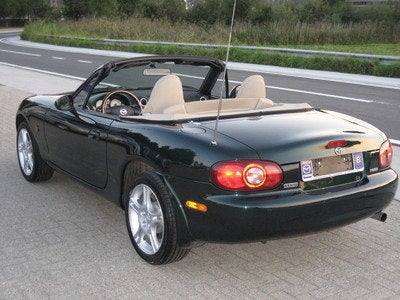 In anticipation of a complete redesign the following year, Mazda made no significant changes to its popular MX-5 Miata roadster for 2005, other than the addition of a two new exterior colors (Razor Blue and Nordic Green). The MX-5 Miata was available in Base and LS versions, both of which came with a 142-horsepower, 1.8-liter four cylinder engine. A five-speed manual transmission was standard, while a four-speed automatic was optional.
Standard features for the MX-5 Miata included air conditioning, power windows, dual airbags, power exterior mirrors, a leather-wrapped steering wheel, and a CD player, as well as a convertible top. The LS version added leather seats, cruise control, and a premium Bose audio system, among other features.
The Miata's responsive handling, reliability, styling, seats, and overall fun factor all received high marks from drivers, while roominess, a stiff manual transmission, and suspension were among the negatives cited by drivers.

Users ranked 2005 Mazda MX-5 Miata against other cars which they drove/owned. Each ranking was based on 9 categories. Here is the summary of top rankings.

Change Or Edit The Picture Of My Car