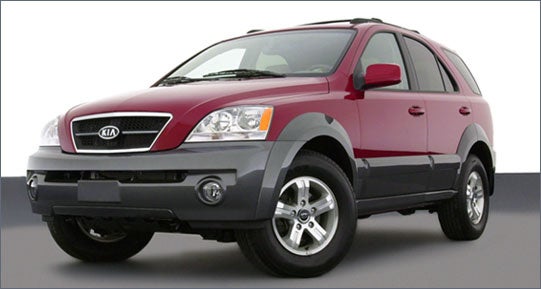 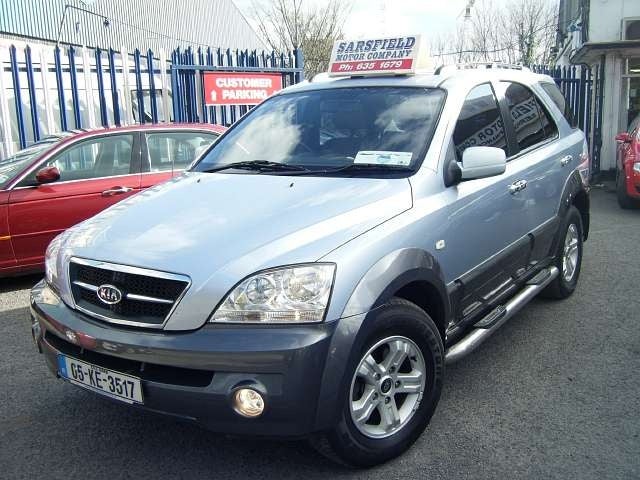 The Kia Sorento has undergone little change since its introduction in 2003 as a midsize entry in the SUV class. And except for a lousy 15/20 mpg rating that is about average for an SUV, owners have found little to complain about. Available in LX and EX trims, the 2005 Sorento comes with either rear-wheel drive or part-time all-wheel drive that can be manually engaged by the driver. An optional Torque-on-Demand full-time 4WD is offered for the EX, automatically distributing power to the wheels that need it. Both 4WD systems feature low-range gearing that can be engaged on dry pavement, making the 2005 Sorento a unique off-roading SUV.

For 2005, the Sorento gets a new 5-speed Sportmatic transmission that is standard on the EX and optional on the LX. A 5-speed manual is standard on the LX. Both are coupled to a 3.5-liter, 192-hp V6 engine that has 217 lb-ft of torque. All of the 2005 Sorentos feature power windows, locks, and mirrors, cruise control, a CD player, and a split-folding 60/40 rear seat that folds flat to expand the cargo space to 66 cubic feet. Six airbags reinforce Kia's reputation for solid and safe vehicles, but ABS brakes are only optional. There is no traction or stability control offered. The EX adds foglights, an 8-way power driver's seat, a sunroof, garage opener, metallic trim, keyless entry, a roof rack, upgraded sound system and an auto-dimming mirror. The Sport Package for the LX adds most of these features and adds blacked-out headlights for 2005.

Lots of storage compartments, a cargo net, 6 cupholders, and a rear window that opens separately from the liftgate are other nice features of the 2005 Sorento. Owners rave about the interior comfort, great handling, tight turn radius, overall styling, and the off-roading capability. They also like how many features you get for the low price tag. Aside from the pesky gas mileage, other downsides include a rough ride on bumpy roads, an underpowered engine, and the lack of standard ABS.

GuruLC3CM I need the control box for my Kia sorento SUV

Users ranked 2005 Kia Sorento against other cars which they drove/owned. Each ranking was based on 9 categories. Here is the summary of top rankings.

Have you driven a 2005 Kia Sorento?
Rank This Car

I Have No Power To The Radio, Fuse Is Good

battery was jumped backwards, replaced alternator, everything but the radio works now

2005 Kia Sorento interior lights do not work when door opens

Interior Lights Do Not Work When Door Is Opened

At first the back seat overhead light stopped working. Kia said it would be over $1,000.00 to repair it. Font overheads still worked but now they no longer work when a door is opened. Both front an...

Kia Wont Start And No Codes Are Showing

I have a 2005 Kia Director that quit on me driving down the interstate since then I've replaced the camshaft sensor, crankshaft sensor,replaced spark plugs and wires, it's gets fire,air,fuel pressu...

Viberation In Front End In 4wd