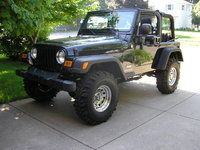 The 2005 Jeep Wrangler is comfier than ever, but it’s still a rugged off-road machine. 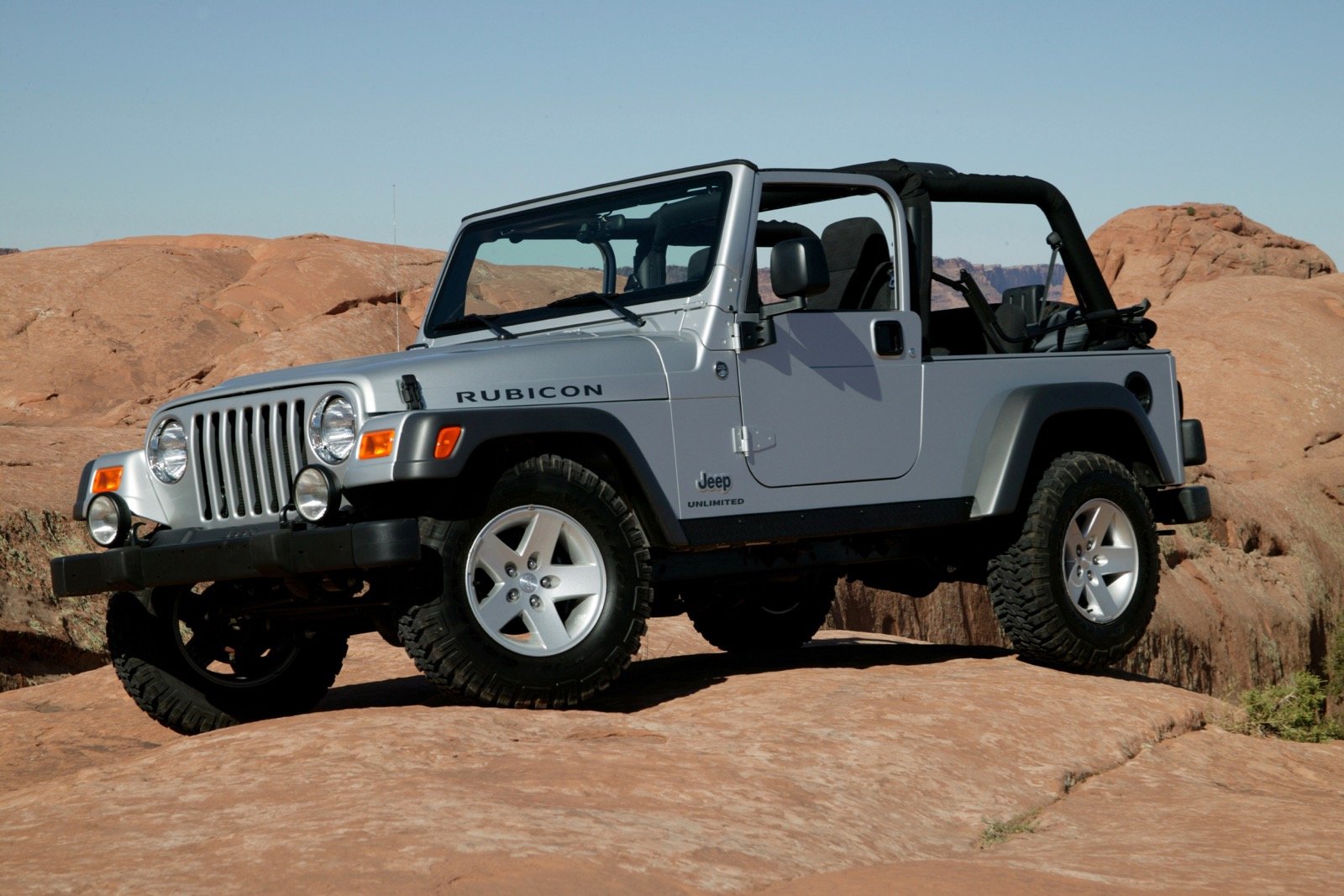 Just last year, the Jeep Wrangler saw what might be the most impactful change to its appearance in its decades of life on the auto market. The Wrangler Unlimited added a longer wheelbase to the venerable formula for the first time in the vehicle’s history, making it more appealing and usable for families and daily driving.

The Wrangler is offered with two powertrains for the 2005 model year. The first is a 2.4-liter four-cylinder with 147 horsepower and 165 pound-feet of torque. The upgraded engine is a 4.0-liter inline-six that makes 190 horsepower and 235 pound-feet of torque. Power is sent to all four wheels through either a six-speed manual transmission or an optional four-speed automatic.

The Wrangler doesn’t have many direct competitors, but it could be cross-shopped against the Toyota 4Runner, Toyota FJ Cruiser, and any number of 4x4 pickup trucks. In some cases, buyers might also shop a Jeep Grand Cherokee, Land Rover, Kia, Nissan, Hyundai, Chevrolet or Honda sport utility vehicles, off-roaders, and pickups in place of the four-door Jeep Wrangler Unlimited. It’s targeted at new-car (and used-car) buyers that want the ultimate in off-road capability. 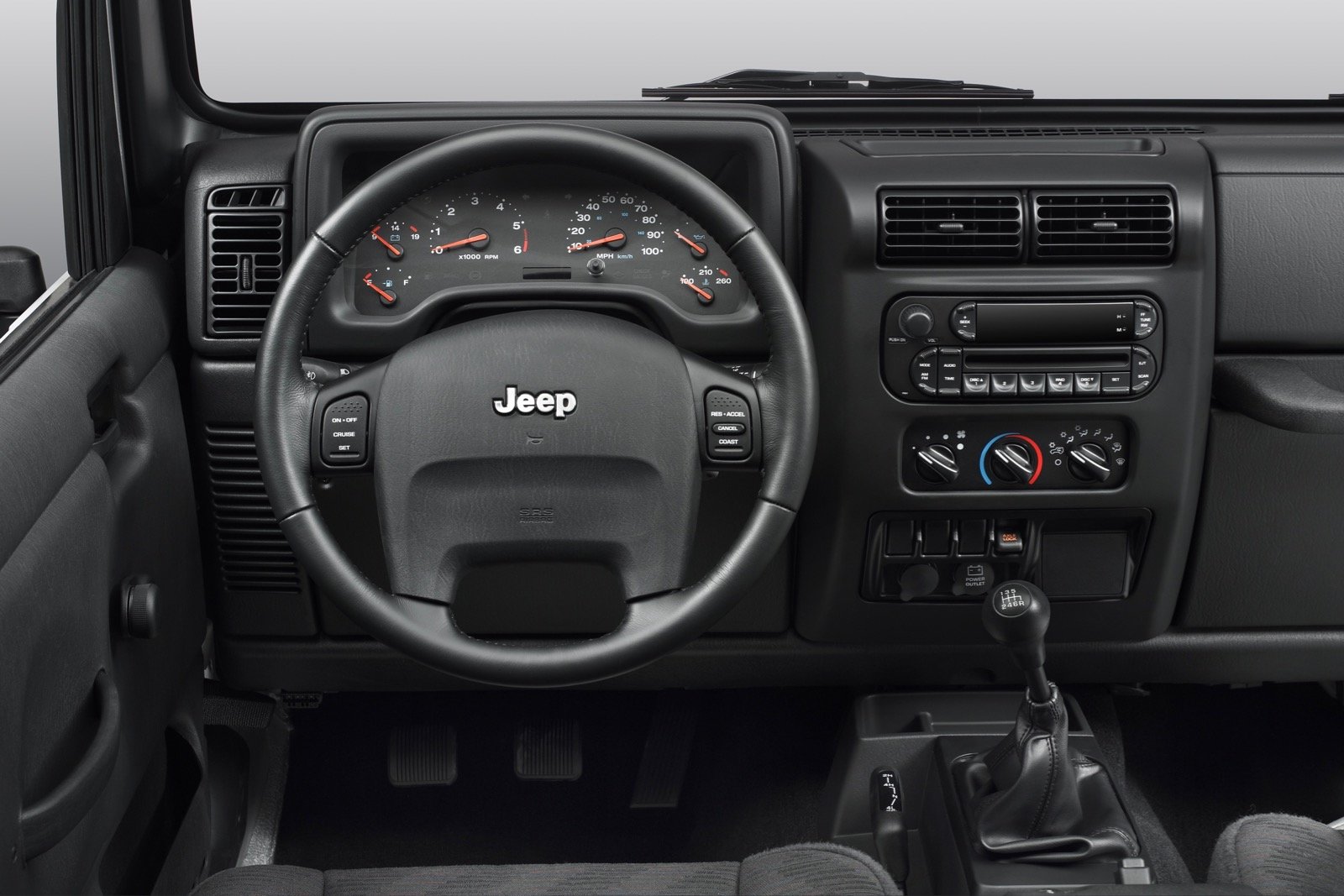 The Wrangler got the option to add 10 inches in wheelbase length and 15 inches of overall length in the Unlimited, but the vehicle has remained largely the same for decades. Its upright design, round headlights, tall ride, and boxy shape will be instantly familiar to anyone that has seen a Wrangler before. The look is so iconic that it has come to define Jeep, and has bled into the automaker’s other vehicles along the way.

Inside, the Wrangler is more comfortable and cushier than it’s ever been, but it’s still a utilitarian affair, through and through. The upright exterior translates to an upright interior, where the dash and windshield sit like a wall at the front seats. The square doors look neat, but make entry and exit a pain because of their narrow shape. That same challenge is amplified for back seat passengers, where there’s already limited legroom and the small doors can make for a real hard time getting in and out. 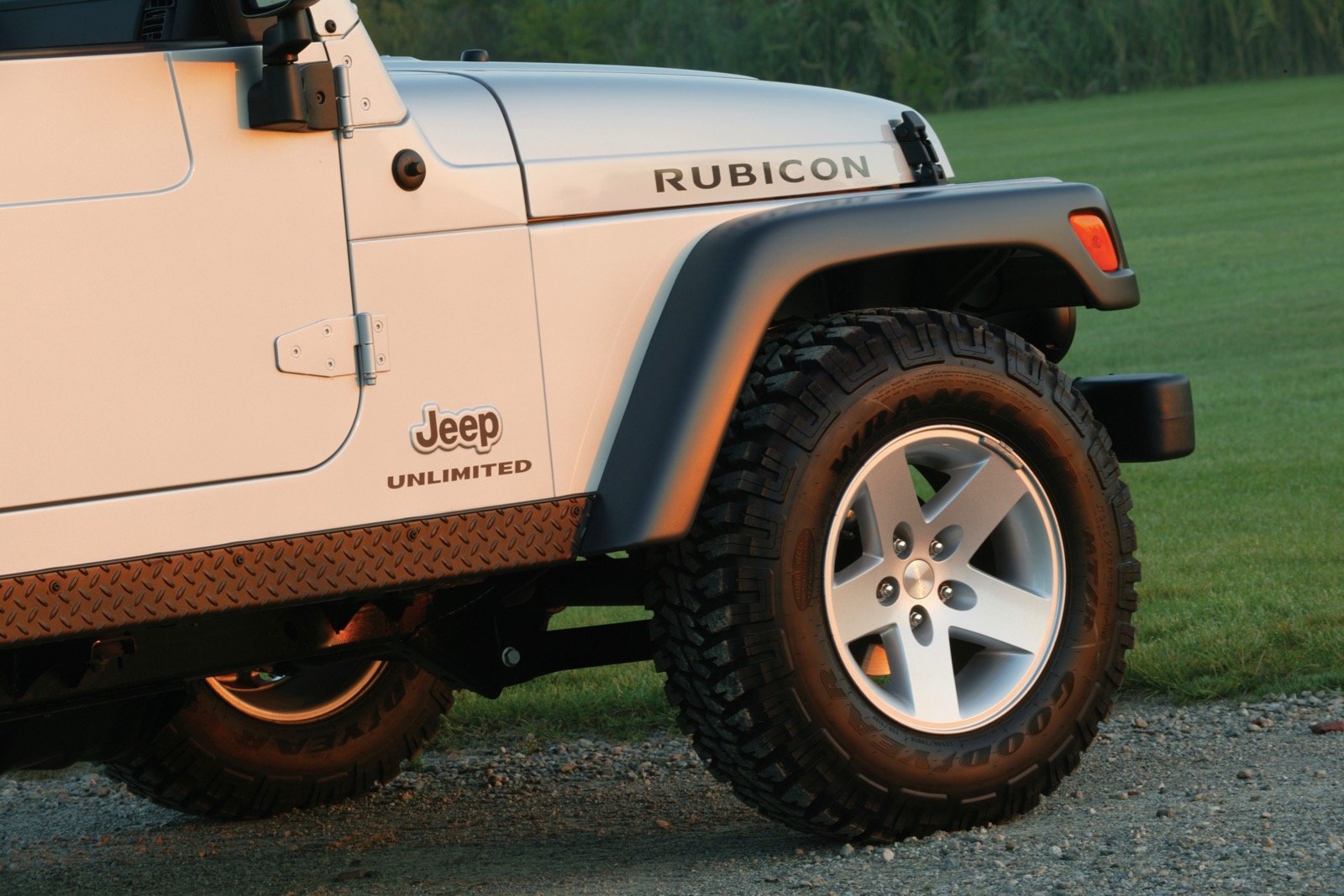 Jeep has steadily improved the Wrangler over the years to the point that it’s cushier and more comfortable than ever, but there’s still more than a hint of hardcore off-road ability that peeks through. Over rough roads, the Wrangler is washboard-hard and can feel quite unsettled at times. The Unlimited's long wheelbase helps its handling considerably. That’s the price to pay for locking differentials, big tires, and a mud-slinging personality, though. 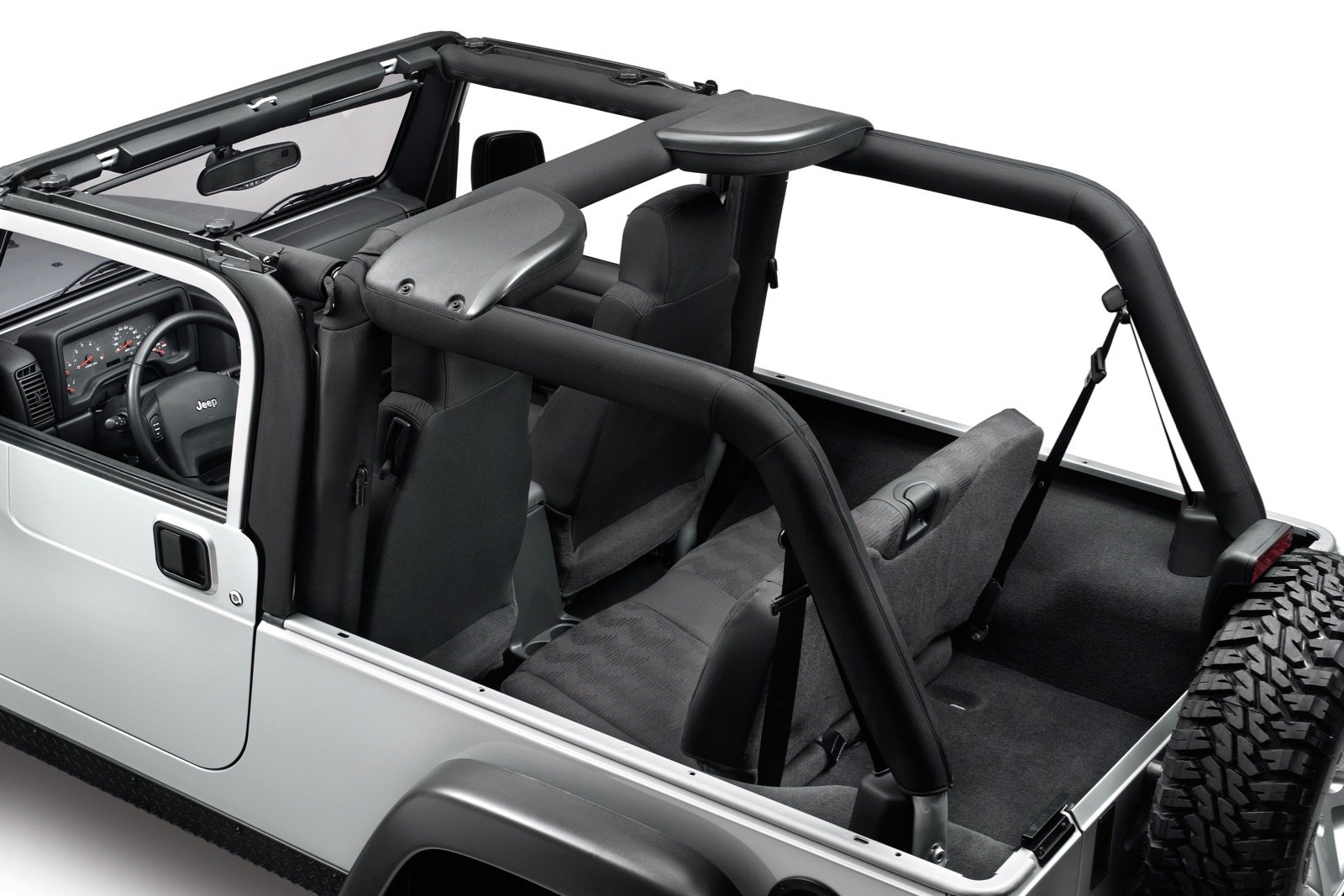 The Wrangler does offer the ability to change tops for an open-air experience not seen outside of racy convertibles. The ability to remove doors and opt for a hardtop or soft top sets the Jeep apart.

One of the best parts about owning a Jeep is all of the aftermarket support that is offered for the SUV. Buyers can opt for the hardcore Rubicon model, or can essentially build their own with various parts. Four-wheel drive junkies or casual hobbyists in the off-roading community can find everything from upgraded transfer cases to drivetrain components to special low-range gears to trick out their Jeep Wrangler models. 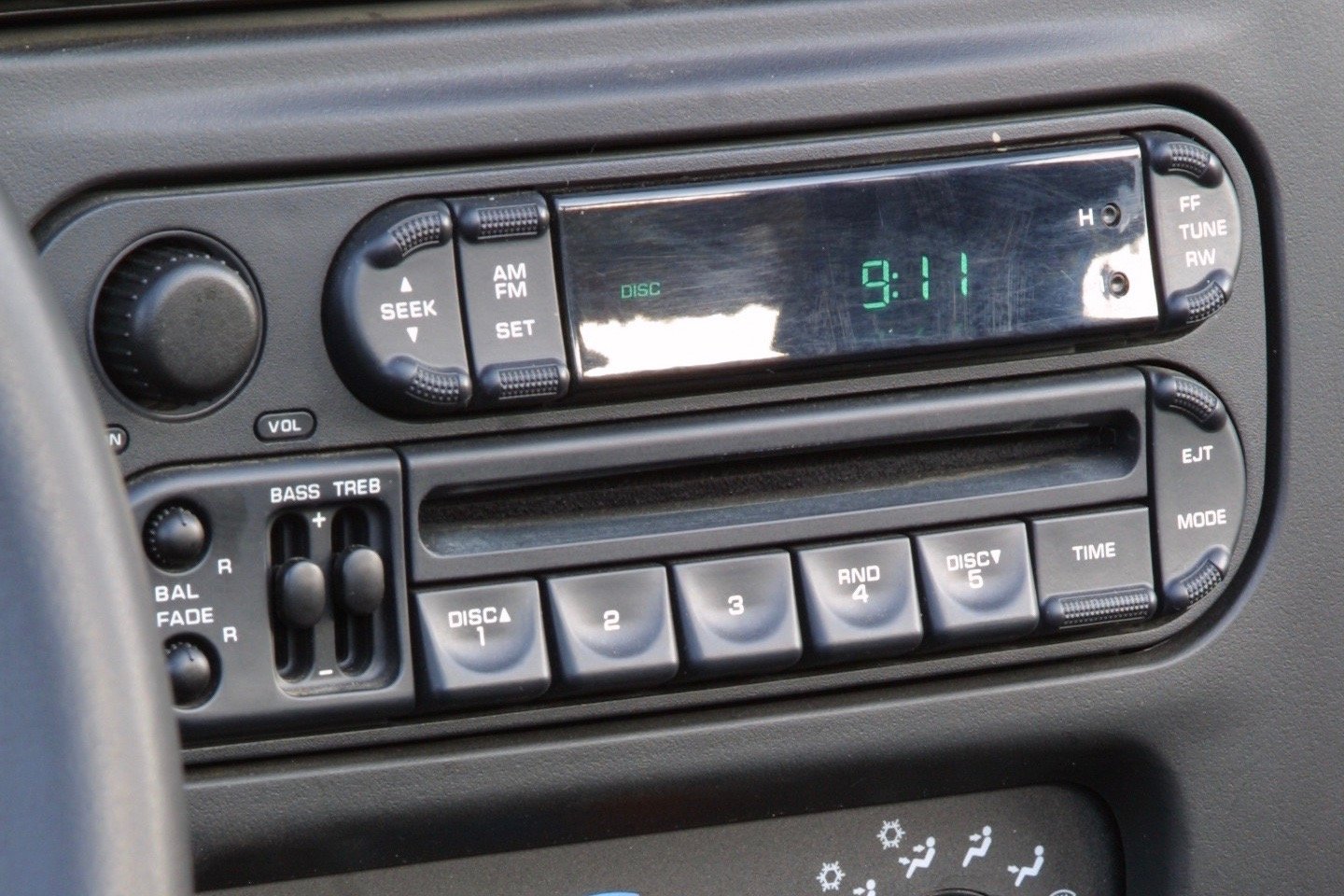 The Jeep Wrangler Sport is about as basic as they come. The Wrangler SE comes standard with a four-speaker AM/FM/CD stereo. Air conditioning, power windows, and power door locks are all optional. Available features include cruise control and an upgraded stereo.

Tech here is minimal because it doesn’t have to or need to be abundant. People aren’t flocking to Jeep dealers wanting a cushy, tech-rich experience. The stereo and equipment that are available match well with the rough-and-tumble Wrangler’s attitudes, and who cares what the stereo sounds like when you can remove the roof and doors. 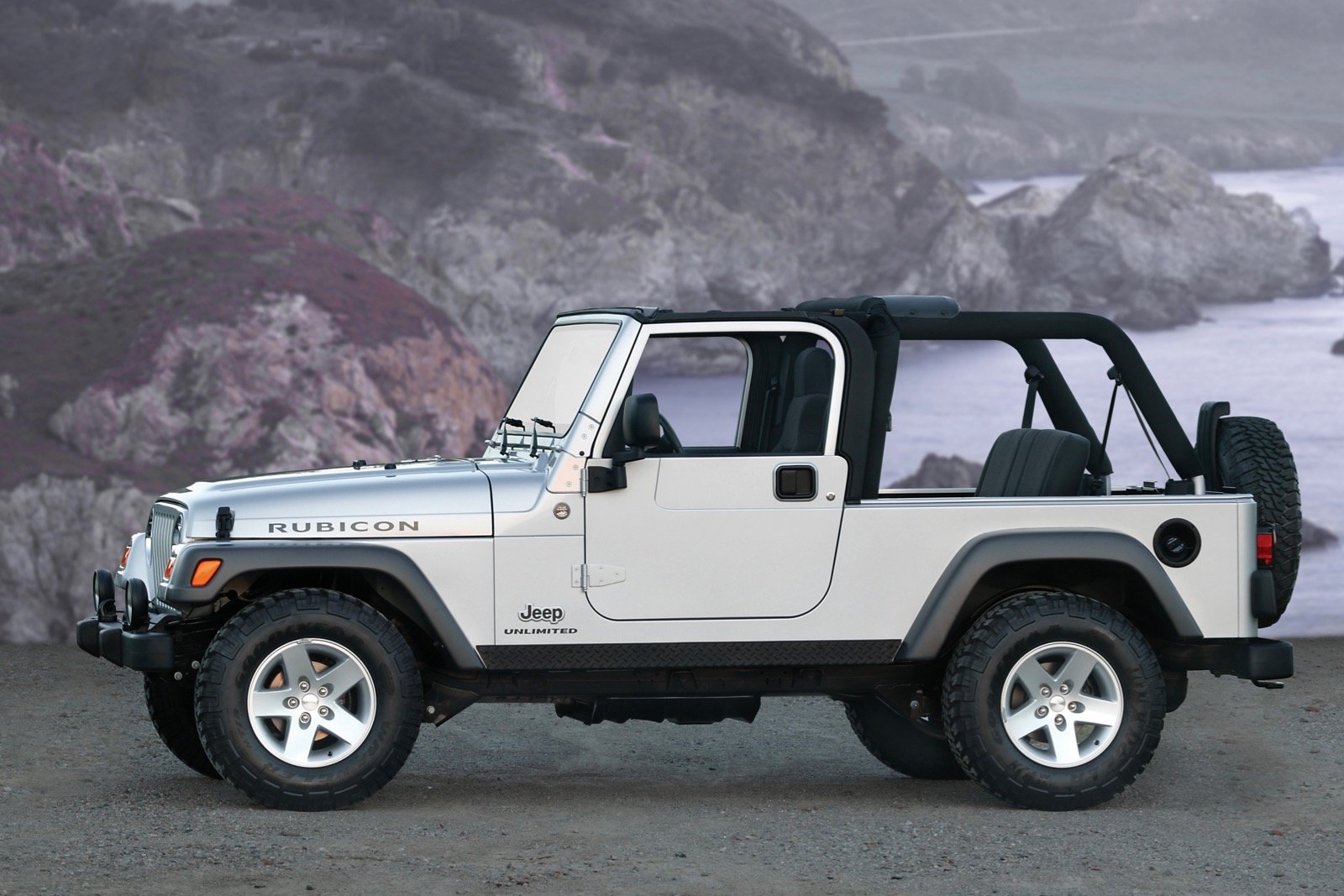 The Insurance Institute for Highway Safety (IIHS) rated the 2005 Jeep Wrangler "acceptable" for moderate-overlap front crashworthiness, "marginal" for side crash protection, and "poor" for head restraints and seats. The National Highway Traffic Safety Administration (NHTSA) rated it four stars for both front driver side and front passenger-side crash protection and four stars for rollover resistance. 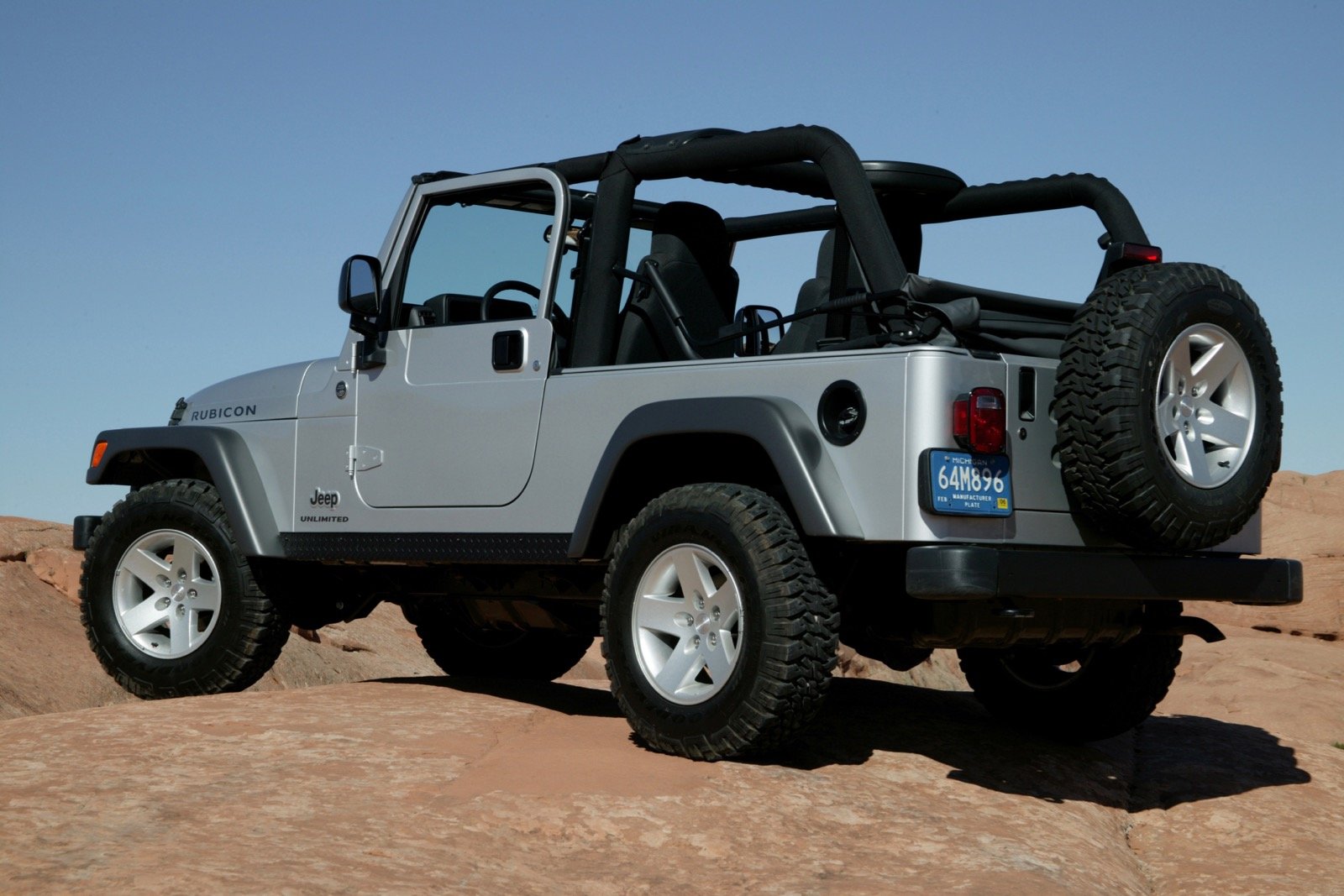 It’s hard to put too fine a point on the Wrangler’s value statement. On one hand, it’s a stripped-down off-road beast with little in the way of creature comforts, but on the other hand, it’s a uniquely capable vehicle in a sea of road-going family wagons. Even so, the Wrangler is a bit too basic for most people, even in its highest trims, so that’s a reality buyers will need to reckon with going into the deal.

Have you driven a 2005 Jeep Wrangler?
Rank This Car

Will A Hard Top Off A 05 TJ With Full Doors Fit An O5 TJ With Half Doors?

Have been told yes and no and wanting to buy a hard top so need to know.

What If A Potential Buyer Wants To Take My Vehicle To Their Mechanic? How ...

Seller Wants To Change Price That We Agreed To

The cover for one of the speakers on my speaker bar was missing when I bought it. Can I get a replacement?