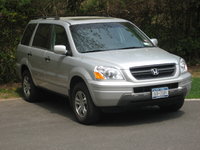 The 2005 Honda Pilot has been updated with an excellent brand-new engine and several other general improvements that make it a solid family SUV. 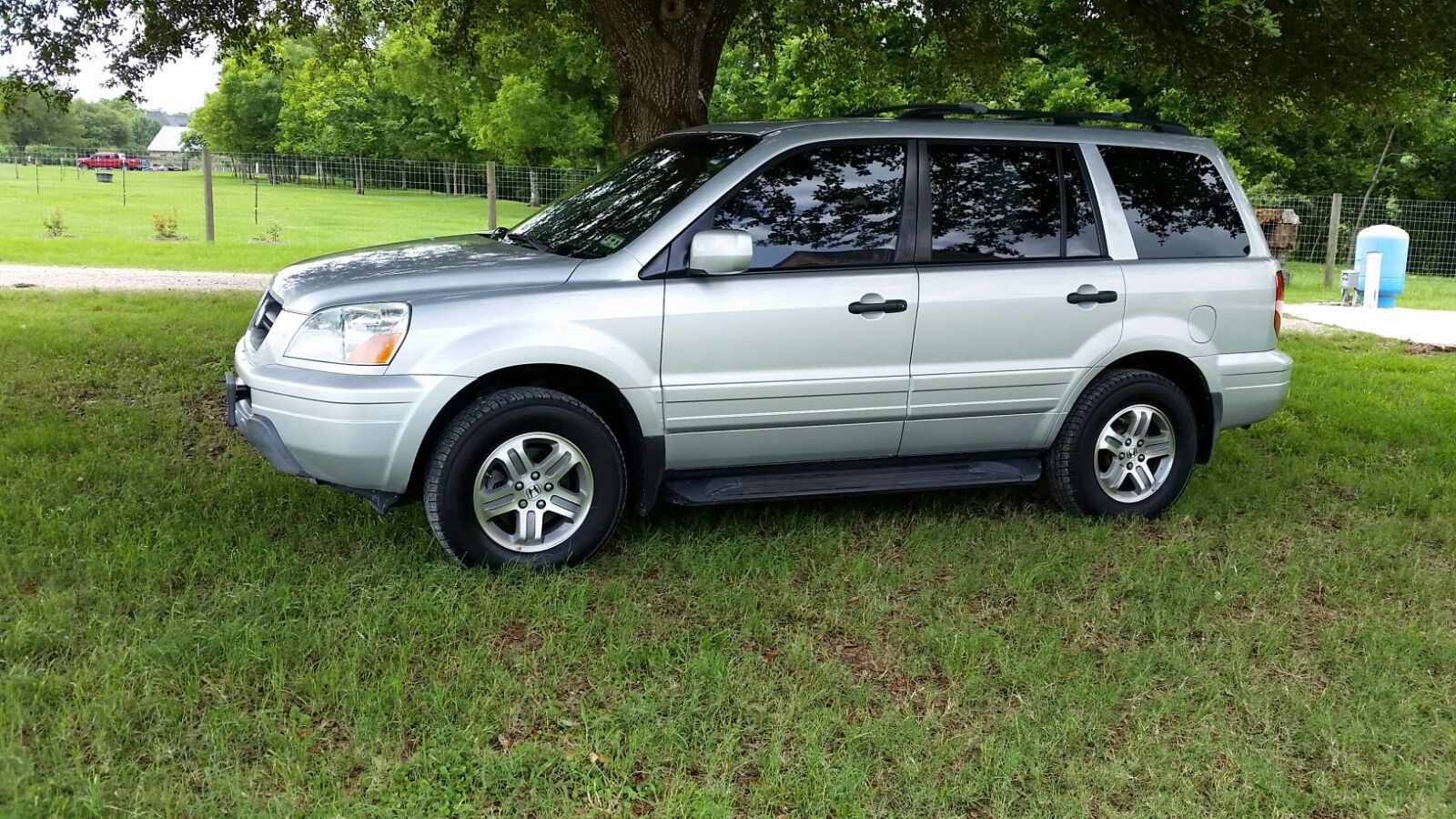 As mid-cycle refreshes go, the Honda Pilot’s appears to be quite mild. But the new V6 engine delivers incredible fuel economy and more than enough power to make the Pilot feel completely new again. The new model year also means behind-the-scenes upgrades for the Pilot in the form of a new electronic stability control system, a revised steering setup, and an upgraded airbag system. This is all on top of the Pilot’s already solid capability and convenience for families, as it has seating for up to eight people and more cargo space than most of its competitors. 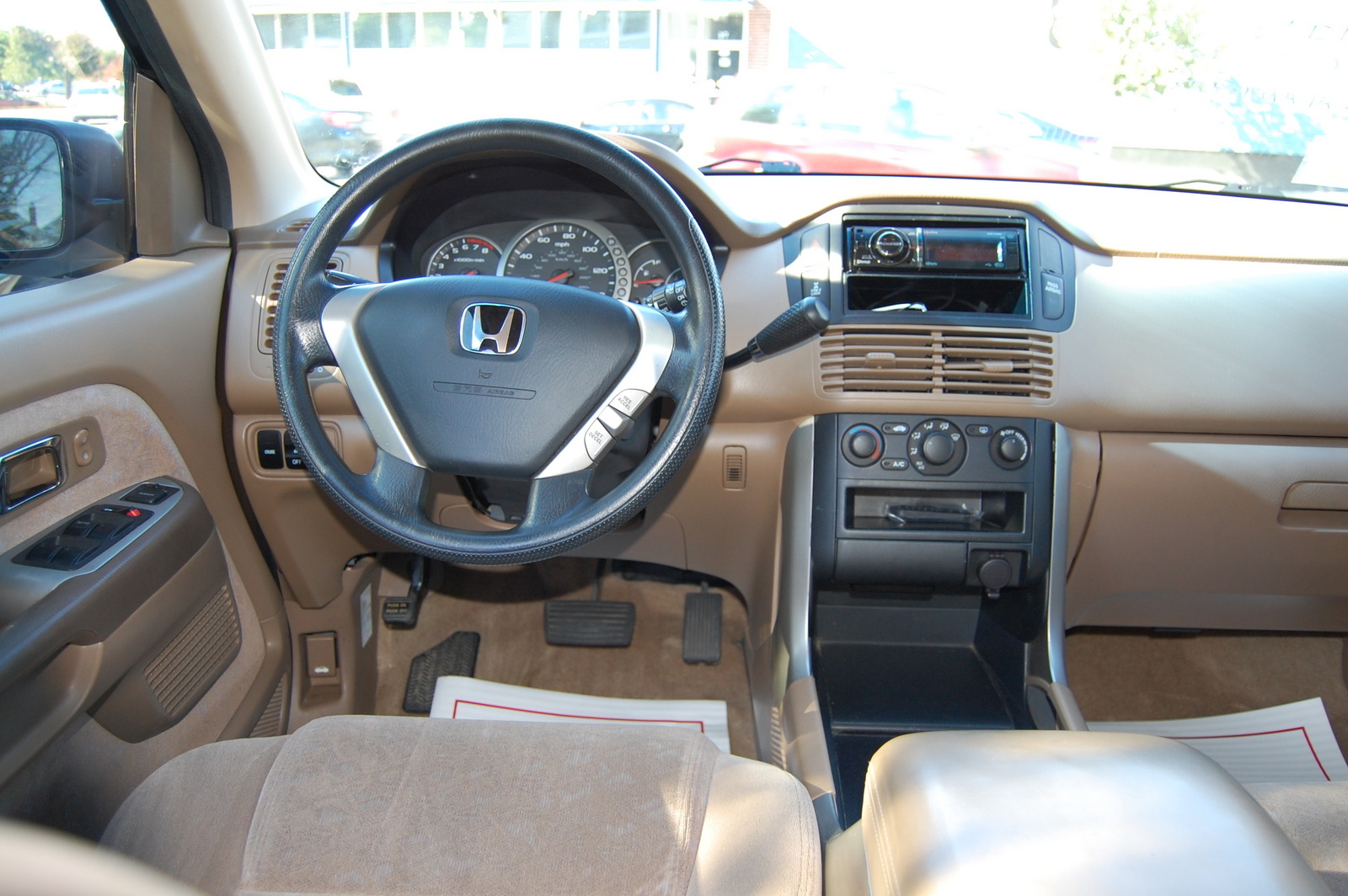 The Pilot, in many ways, looks like a larger version of the smaller Honda CR-V. That’s not a bad thing, because the overall design allows the taller and much larger Pilot to appear smooth and more proportionate. Honda gave the Pilot just enough of a muscular stance to hint at its capability but not enough to alienate family buyers wanting a welcoming and comfortable ride. There’s some tough-looking black plastic trim outside, but only enough to toughen up the Pilot’s otherwise friendly suburban curb appeal. Inside, everything is optimized for carrying people. That means a big, airy space with generous storage compartments and lots of windows. 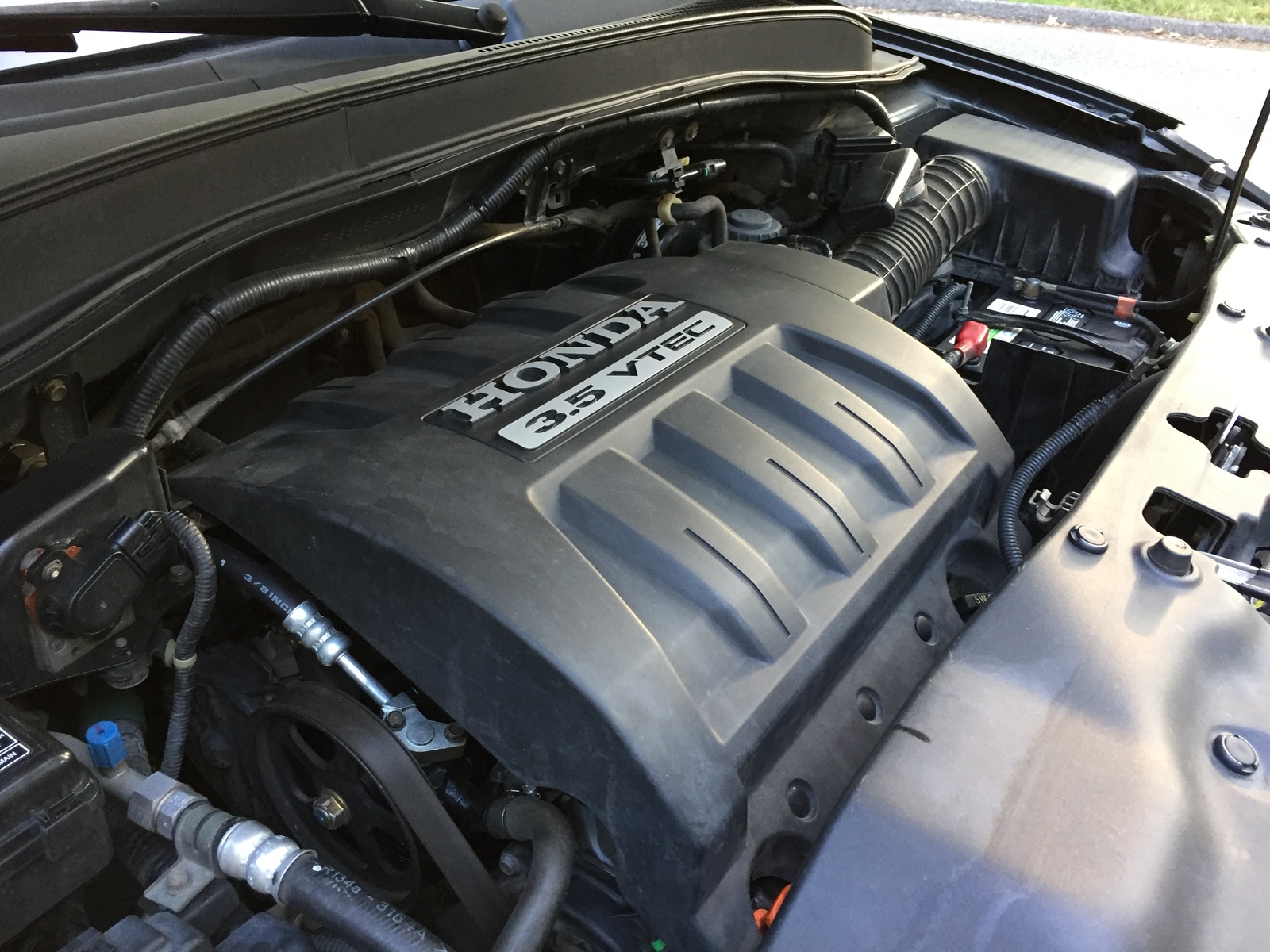 The Pilot rides on the same platform as the Acura MDX and Honda Odyssey minivan, and it borrows some of the best elements of both vehicles. The Pilot’s ride and handling are surprisingly calm and tidy, both of which are characteristics of the minivan world that we all enjoy. The drivetrain is shared with Acura’s MDX, which means a new 255-horsepower 3.5-liter V6. That’s more than plenty for the Pilot, which at 4,400 pounds, gets moving with gusto with the new engine on board. The Pilot returns solid fuel economy and low emissions, too, while helping to reduce overall weight in the vehicle. It’s coupled with a 5-speed automatic transmission that is unflappable in any driving conditions and remains smooth even through hard acceleration. Though the gearbox isn’t new, the software controlling it has been tweaked. The system monitors throttle position and other factors to keep the transmission in the right gear. As a result, the transmission holds lower gears longer to improve performance on hill climbs and can help provide engine braking on the descent side. 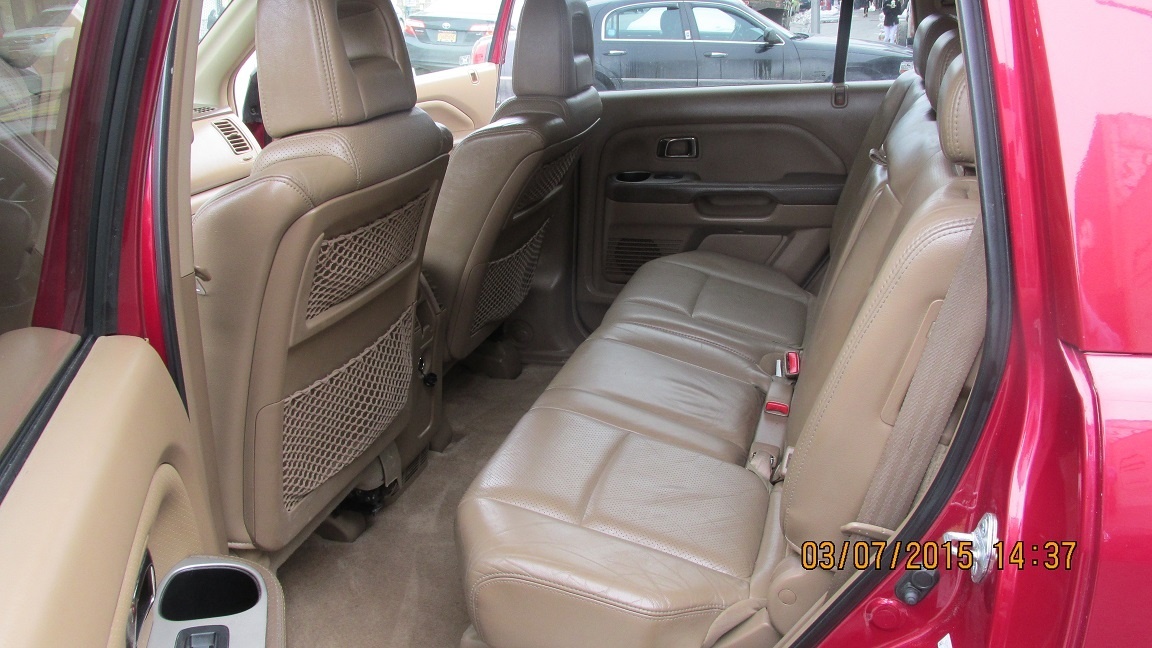 The Pilot has a rugged look, but deep down it’s a people hauler, and everything about its design leads back to that core purpose. The second and third rows are slightly elevated over the front seats to improve visibility for passengers, and the second-row seats recline slightly for more comfort. Though the cabin has been optimized to get the most space for the most people, the Pilot's third-row seats are best reserved for children. At least getting into the “way back” is easy, thanks to a sliding seat design in the second row.

With the third row folded down, the Pilot offers an impressive cargo hold, and is a class leader in cargo space with both back rows of seats folded down. There's also a 4-foot-wide load floor, which gives it the ability to haul wide cargo like building materials and lawn equipment. 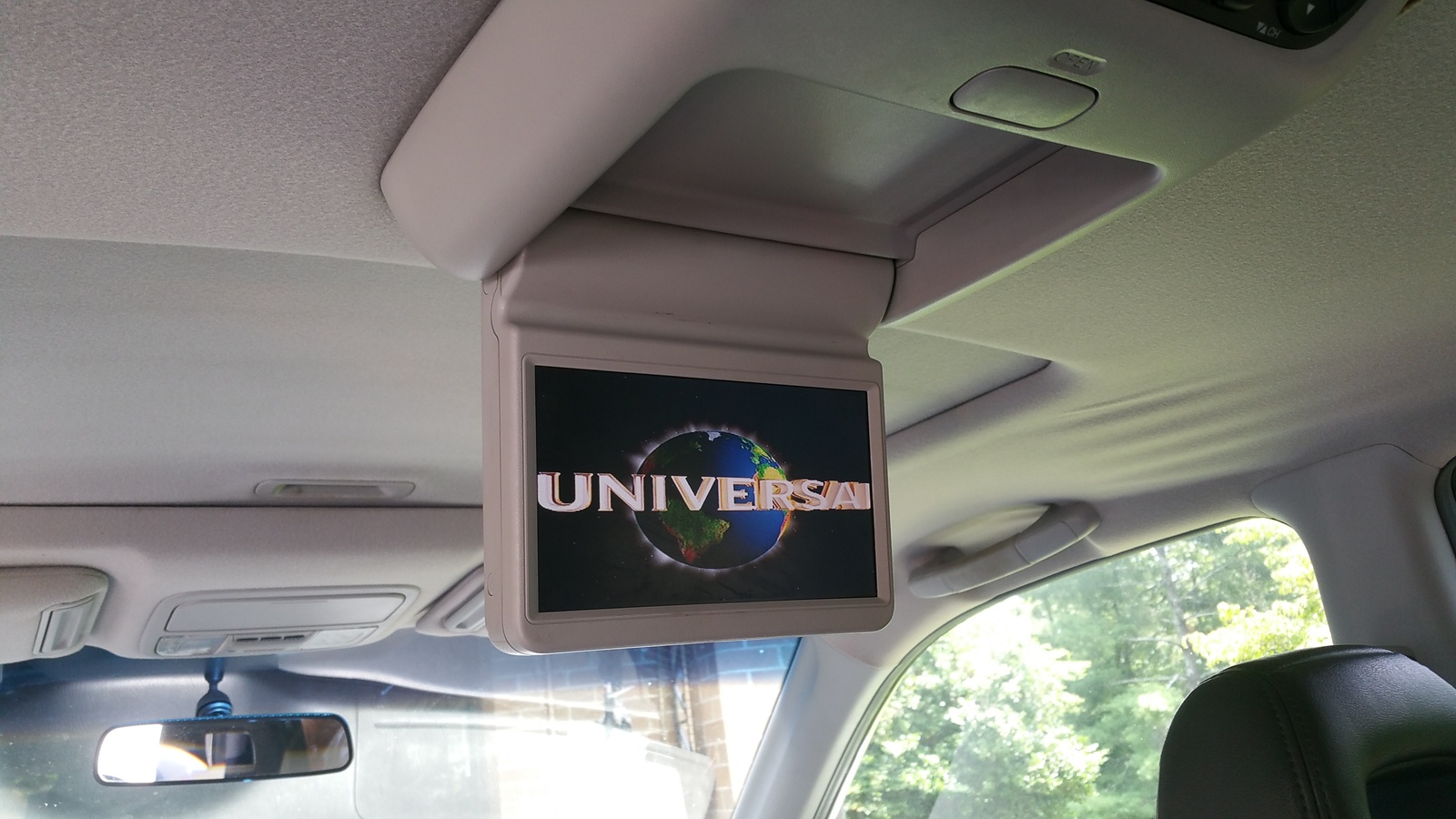 Honda does a good job making the trim levels and feature sets of its family vehicles easy to understand, and the Pilot is no exception. The base LX trim comes with a basic AM/FM/CD stereo, but step up one level to the EX, and you get a premium seven-speaker audio system, a six-disc CD changer, and steering-wheel audio controls. The options packages are limited but offer the most desirable tech features. A $3,700 entertainment package adds a rear-seat DVD system to keep the kids happy and includes leather upholstery for good measure. The $4,200 navigation package also adds leather and a satellite-linked navigation system. 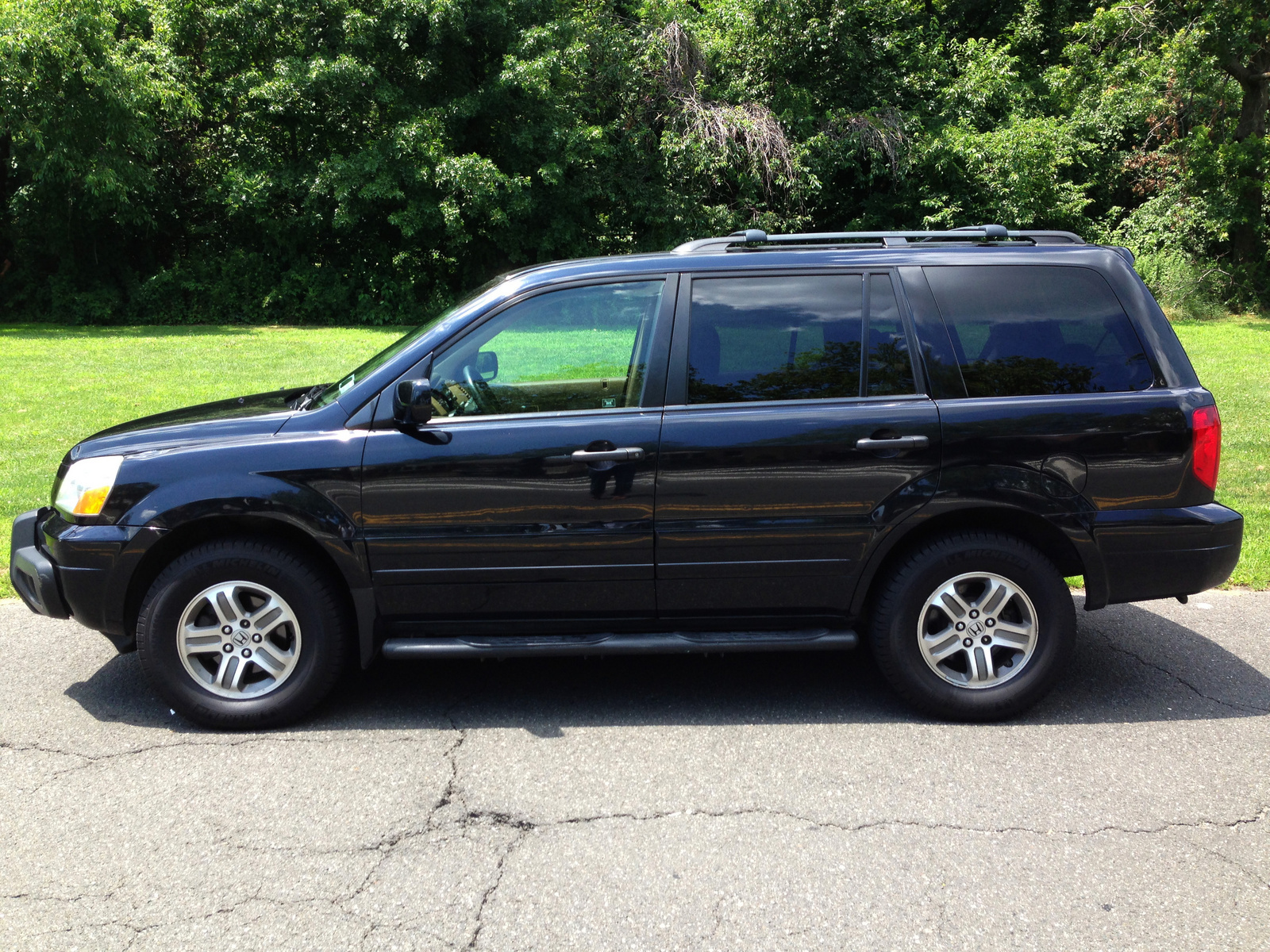 The Insurance Institute for Highway Safety (IIHS) tested the current-generation Pilot in 2003 and found that the airbags deployed late in front crash tests. Following that revelation, Honda modified the airbag design, and the Pilot was retested by the agency. The Good overall rating that we now see for the 2005 Pilot is a result of that revision work. This still did not prevent a Poor rating for the cloth seats and head restraints, though the leather upholstery helped bump that rating to Marginal. 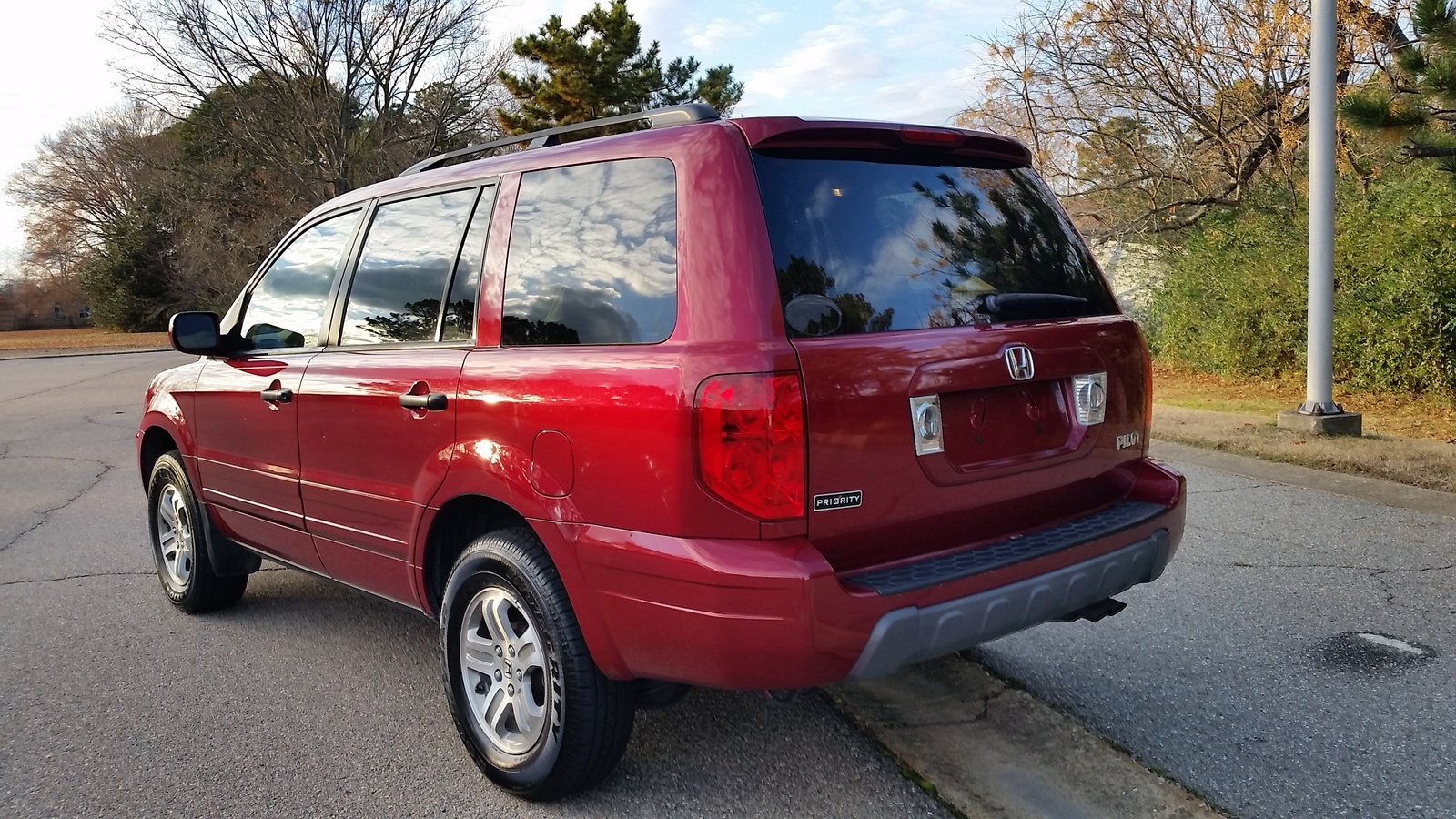 The Pilot is offered any way you want it, as long as the way you want it is one of only two trims. The LX trim starts at $27,350 and has the basics to make it a competent family vehicle. The EX trim starts at $29,920 and has most of the good stuff: A power driver’s seat, premium audio, a sunroof, and more. This stands in stark contrast to competitors from GM and Ford, many of which have complicated and extensive options packages that can drive their prices far north of the Pilot’s.

Mumbo Radiators ,they need to fix this mine just blew without warning

Users ranked 2005 Honda Pilot against other cars which they drove/owned. Each ranking was based on 9 categories. Here is the summary of top rankings.

Have you driven a 2005 Honda Pilot?
Rank This Car

Honda Pilot 2005 Ev Light Flashing What Do I Do?

My ev light is flashing and I drove it 100 miles and it's still flashing how do I make it go off so I can get it smogged?

Honda Alarm System Goes Off All The Time For No Reason