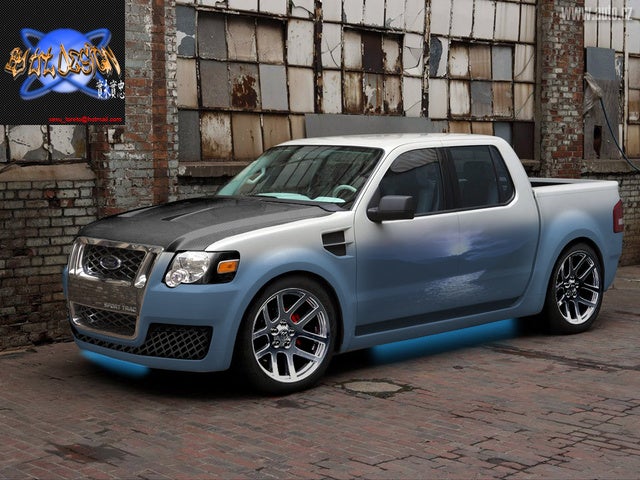 Average user score
4.5 ⁄ 5 stars
Based on 17 reviews
My Sport Trac Experiences by Bobbi — Overall, my trac is awesome! Save for a few maintenance issues, the major complaint I have is the brakes (known for front brake problems - need to aftermarket upgrade, we've been through 2 front pass... Read More
Great Ride by landerwho — Have owned this now for 1 yr 10 months, I love it. Really nice ride and it keeps really smelly hockey equipment out of the passenger compartment. Decent on gas but it is a truck so 20-25 mpg. Have tak... Read More
My Old Sport Trac by Laura — Umm... I LOVED this car while in high school. I had dual exhaust on it, a grille guard, tuana (sp?) cover, and two 12 inch speakers in/on it. I also installed a new radio.But this thing flips very eas... Read More 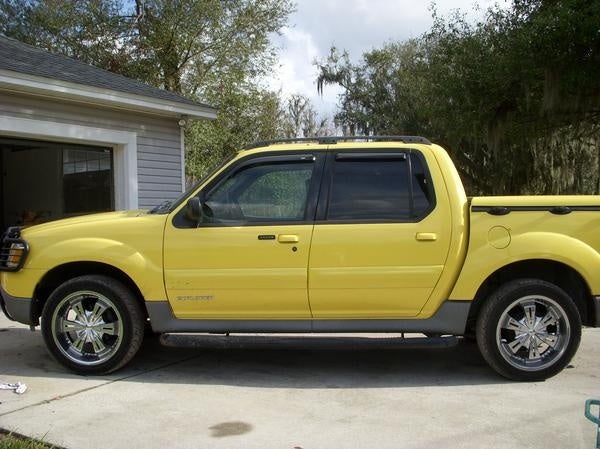 By 2005, drivers and reviewers alike were complaining that the Ford Explorer Sport Trac was desperately in need of a redesign. The 2005 Explorer Sport Trac suffered both from its outdated platform (based on the mid-1990s Explorer SUV chassis) and from its poor performance in newly-introduced government rollover safety tests.

When compared to the Explorer SUV, with its more responsive ride and easier handling (thanks to a total update in 2002), the '05 Ford Explorer Sport Trac came up short on comfort. And when compared to workhorse pickups like the F-150, the Sport Trac didn't match up for utility, capacity, or versatility.

The 2005 Ford Explorer Sport Trac was offered in three choices of trim: XLS, XLT, and Adrenalin. The Adrenalin trim was aimed at younger drivers who wanted flashy styling and a high-end sound system; the XLS and XLT trims targeted a more traditional sport-utility market.

Under the hood, the '05 Explorer Sport Trac offered a 4.0 liter, single overhead cam V6 engine with 210 horsepower and 240 lb.-ft. of torque; the Sport Trac had a towing capacity of 5,300 pounds. Features like automatic disc brakes and optional 'Safety Curtain'; overhead airbags might have made drivers feel secure, if it hadn't been for those pesky rollover test results.

In response to all the negative feedback, Ford gave the Sport Trac a year off for a complete redesign. An updated model was launched in the 2007 model year.

What's your take on the 2005 Ford Explorer Sport Trac?

GuruVWS3C Any comments on the four wheel drive system?

Have you driven a 2005 Ford Explorer Sport Trac?
Rank This Car

I have checked all the fuses and relays I could find via the ford wiring manual. still nothing. I shorted the 2 pressure sensors and still nothing. Any clues?

What year door internals will work on a 2005 sport trac, explorer and sport trac years interchange?

where is the PCV valve located?

It just started out of nowhere, but it seems to be pretty bad, because the coolant tank was bone dry.