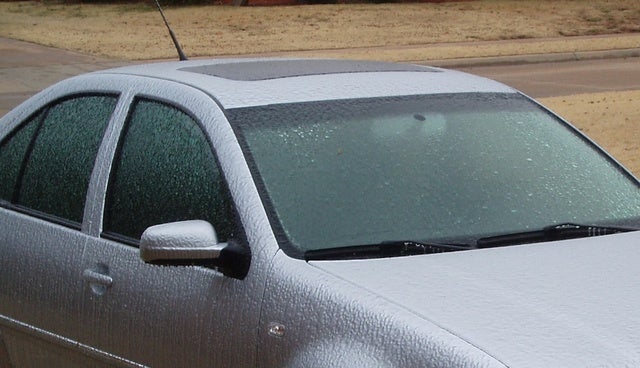 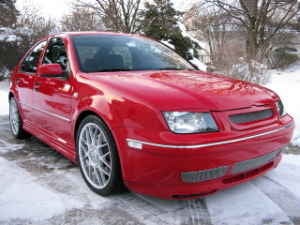 Volkswagens have long been known for their diesel engines, and for 2004, the Jetta wagons and sedans got a more powerful TDI (turbo direct injection) diesel that still achieved around 50 miles per gallon on the freeway. The 1.9-liter diesel, available in the Jetta GL and GLS sedans and wagons, saw its horsepower upped from 90 to 100, giving the diesel-powered Jettas a bit of an extra kick off the line and a bit more help when passing at highway speeds.

The standard engine in the GL and GLS sedans and wagons was a 115-hp, 2.0-liter gas engine. A five-speed manual transmission was standard across the line, with the exception of the high-end GLI packages, which came with a six-speed manual transmission. A four-speed automatic transmission was optional with the gas-engined Jettas, while a five-speed automatic was optional for Jettas with turbocharged engines.

The Jetta's acceleration, handling, braking, and safety features were cited as positive points by drivers, although some noted that frustrating quality-control issues persisted with the car. The electrical system and automatic transmission were singled out by some drivers as particularly troubling.

What's your take on the 2004 Volkswagen Jetta?

Users ranked 2004 Volkswagen Jetta against other cars which they drove/owned. Each ranking was based on 9 categories. Here is the summary of top rankings.

Have you driven a 2004 Volkswagen Jetta?
Rank This Car

Coolant coming out by Firewall

hi i have a 2004 vw jetta gsl 1.8t. i was driving about to merge onto a highway when the epc light came and and the car died. when i tried to turn it on again and wouldn't start. i finally got it...

When the car is started after sitting over night or after sitting out in the cold for a short time it makes a funny noise. Almost like there is something caught in the fan. But the noise changes with ...

My Jetta Vibrates When Driving And Check Engine Light Flashes.

So, I bought this Jetta off Facebook for cheap a couple months ago. It’s a 2004 1.8T. It seems like one thing after another keeps happening. First, I replaced the water pump, hoses, and a few othe...