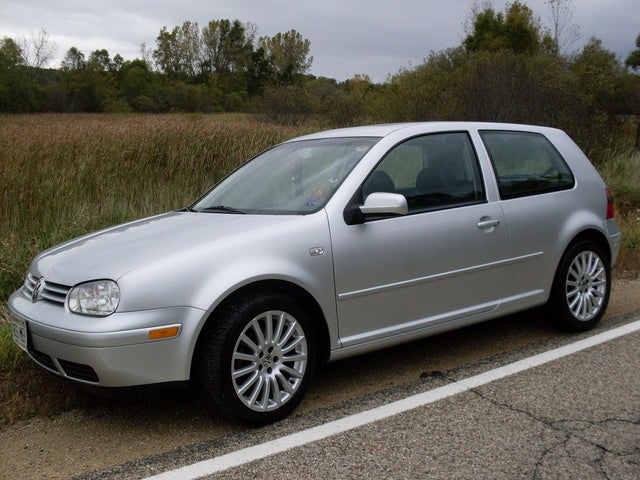 The major development for the Volkswagen GTI for 2004 was the introduction of the limited-edition R32, which was offered for sale in the U.S. for only a year. Although it was based on the standard GTI, the R32 package essentially turned the car into a luxury sports vehicle in a hatchback skin. At its core was a 3.2-liter V6 engine that pumped out 240 horsepower and could drive the car from 0 to to 60 mph in just under six seconds. The V6 was linked to an updated six-speed manual transmission that shifted more smoothly; an automatic transmission was not available.

The R32 sat about an inch lower than the GTI on which it was based, and came with VW's 4MOTION all-wheel-drive system. A sport-tuned suspension and 18-inch alloy wheels were also part of the package.

Other than the R32, the GTI was essentially the same as the previous year's model. It came in two flavors. The base model was the 1.8T, which was equipped with a turbocharged 180-horsepower, 1.8-liter 4-cylinder engine linked to a five-speed manual transmission (a five-speed automatic was optional). Kicking things up a notch was the GTI VR6, which came with a 2.8-liter six-cylinder engine that generated 200 horsepower. It was linked to a six-speed manual transmission.

The GTI's acceleration, handling, roominess, and even fuel economy were all singled out for praise by drivers. In addition, a number of drivers noted that they considered the car to be a good value. On the downside, some drivers commented on the car's plastic feel and less-than-stellar interior appointments.

What's your take on the 2004 Volkswagen Golf GTI?

Have you driven a 2004 Volkswagen Golf GTI?
Rank This Car

Does CarGurus Take Percentage Of The Sale Of My Car

So I have a 2004 gti 1.8t and coolant will not stay in the engine because as soon as I pour it in it just pours out the bottom from behind the big pulley at the bottom of the engine (pic enclosed)...

The timing belt broke and then replace the timing belt now you have to really turn it over and feather the glass and get it to spare Lee Idol start while still Feathering gas and then when you push...