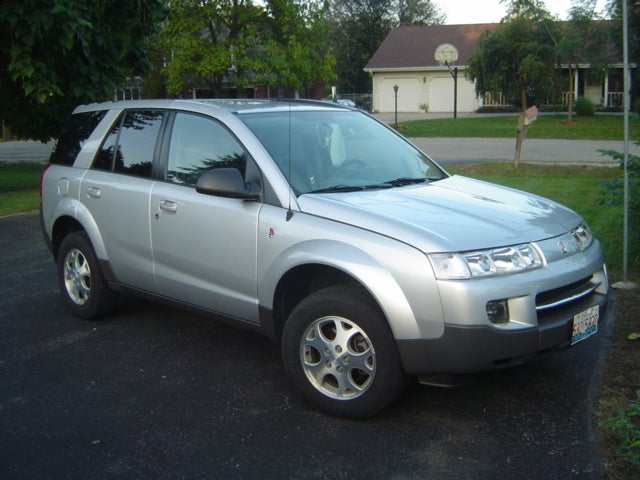 The 2004 Saturn VUE SUV made several improvements to form and function from the previous year. First, Saturn upgraded the V6 trims from the 181 hp, 3.0 L to a more powerful 250 hp, 3.5 L. In addition, the VUE introduced the Red Line version with improved steering, handling, suspension, and a more monochromatic exterior. Saturn has continued to use corrosion and dent-resistant polymer in building a safe and durable body for its product.

nayzwayz I recently bought a 2004 with 244,000 on it and it seems to run really smooth, however there may be an issue of some sort with the cvt tranny...

Have you driven a 2004 Saturn VUE?
Rank This Car

Is $350 a good price for the costs of the parts + the service? I am being told the cheapest cv joints he can find are 100 a piece.

my saturen vue has a hard time starting on cold days i have a obd reader and i looked at it it said i had mis fires and camshaft prombles on the obd reader but my check engine light is not on please...

Hello i have a question i hope i can get some advice for i just purchased a 2004 saturn vue 3.5l v6 fwd and it runs great you cant even hear it run except for when its cold it will run great intill...

103 views with 3 answers (last answer about a year ago)

The car died in a parking lot a couple of days back. The car would crank but not run. Once it did run but then died immediately. After that we used a tow dolly and brought it home. At home we noticed ...

198 views with 2 answers (last answer about a year ago)