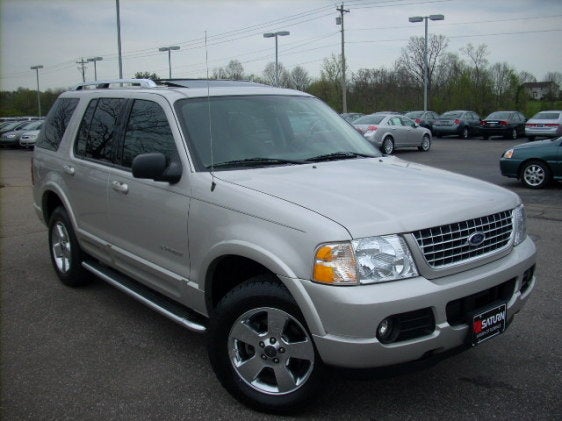 The 2004 Ford Explorer was the first to be offered with Ford's Advance Trac antiskid system for all models (available as an option on the XLS, and standard on the XLT, NBX, Eddie Bauer, and Limited trims). This was just the latest addition to the safety features with which Ford had laden the Explorer: the SUV also came standard with anti-lock brakes and specially designed passenger seatbelts; side-curtain airbags were an often-recommended option.

The concern with safety carried over into other aspects of the 2004 Explorer. Buyers had the choice of rear-wheel, four-wheel, and all-wheel drives; the Control Trac 4WD system provided an added degree of refinement, enabling drivers to choose between automatic and high-power four-wheel drive depending on road conditions.

The '04 Ford Explorer also provided plenty of choices under the hood, with two V-6 engines (a 160-horsepower basic model, and a single overhead cam V6 that put out 205 horsepower) and a 239-horsepower 4.6 liter Triton V-8 engine on offer.

Despite all that engineering wizardry, though, the keys to the '04 Explorer's domination of the SUV market were most likely its roomy interiors (seating five adults comfortably, with a third-row seat option to take capacity up to seven), its impressive cargo capacity (up to 88.1 cubic feet for the five-passenger versions), and its reputation for being "built Ford tough".

Have you driven a 2004 Ford Explorer?
Rank This Car

Recently, the AC in my 2004 Explorer (6 cal Eddie Bauer edition) stopped working. When I poked at the electrical connector at the compressor, it engaged, and my AC was back! I'd like to disconnect t...

I Need A Transmission

I Need A Transmission

Where To Put Stop Leak In 2004 Ford Explorer

where to put stop leak in 2004 ford explorer radiator

Where To Put Stop Leak In 2004 Ford Explorer